Ambani, Wadhawan and Chandra: The three ex-billionaires who said ‘yes’ to bank’s fall

A forensic audit of Yes Bank’s deals with the trio is likely to reveal many more skeletons in the closet.

At Indiabulls Finance Centre, a commercial complex of three skyscrapers in Mumbai's unkempt, crammed suburb of Lower Parel, Yes Bank’s headquarters is eerily quiet. After the fourth largest private bank perilously teetered on the brink last week, under the burden of bad loans and stressed assets, the pall of gloom has given way to cautious optimism.

Thousands of panic-stricken customers had thronged its office’s massive lobby, after the Reserve Bank of India placed the bank under moratorium and capped withdrawals last week. Several mid-cap companies functioning out of the towers have long been corporate clients of the bank and by default, held their staff’s salary accounts with it — enough reason for the pandemonium.

The customers are heaving a sigh of relief now, trusting the state promise that their deposits would be safe.

Rana Kapoor, the founder of the 16-year-old bank, is now the new villain in India’s banking sector. Kapoor is currently under the custody of the Enforcement Directorate in Mumbai, facing several charges of alleged criminal conspiracy, cheating and corruption.

Kapoor may like to blame the bank’s collapse on the overall economic slowdown and demonetisation, which once he called a “masterstroke” of the government. But the gory details of his bleeding asset book have thrown up three billionaires turned asset-destroyers who contributed their might to the bank's fall: Anil Ambani (Reliance Group), Kapil Wadhawan (DHFL), and Subhash Chandra (Essel Group). Their “secret deals” with the flamboyant, risk-loving Kapoor are under the scrutiny of probe agencies.

The corporate loan account book shows that the trio helped Kapoor build over Rs 20,000 crore worth of stressed assets — nearly half of the total of around Rs 50,000 crore. Kapoor’s infinite quiver had almost every time-tested dirty trick: round-tripping (funds routinely returned to shell companies owned by the promoter or associates), money-laundering, corruption, insider trading, and corporate misgovernance.

The daredevil in banking went ahead with his dangerous games, with a sole aim of spreading his wings as an audacious and brash money lender. And the myth of the RBI as an astute regulator drowned in the turmoil and insecurity that followed, predictably.

A probe is currently on to figure out how the bank’s outstanding loans quadrupled to Rs 2.4 lakh crore in 2018-19, from a conservative Rs 55,000 crore in 2013-14 — despite India Inc’s general aversion to invest in a slowing economy during these stressful years. Its loan book grew 80 percent in just two years, from Rs 1.3 lakh crore in 2016-17.

At a time when Indian companies helplessly kept on hold all expansion plans in 2018-19, the bank’s non-priority sector advances grew 19 percent to Rs 1.9 lakh crore. Sectors like commercial real estate (lending to builders), construction, tourism, services, and personal loans reported an unusual jump, according to sector-wise advances and non-performing assets for 2018-19.

As Anil Ambani tumbled from the top of the Billionaires’ Table over the past 2-3 years, with almost every group company having floundered and defaulted, the bank suffered a big jolt. As of December 31, 2019, various group companies of Anil Ambani – companies in telecom, infrastructure, naval and power sectors — defaulted on loans worth over Rs 43,800 crore, one-fourth of which came from Yes Bank. In most cases, their share prices fell like ninepins, making lenders jittery.

Yes Bank, which built a massive share mortgage business, looked increasingly vulnerable as the sand steadily washed away from under its feet. When Reliance Power recently defaulted on a debt repayment of Rs 685 crore to the lender, it acquired 30 percent stake in a subsidiary, Rosa Power Supply, by invoking pledged shares.

When the Essel Group and Zee Group, owned by Subhash Chandra, faced similar wrath in the stock market owing to a badly-managed financial mess at the group, the bank asked promoters to increase the collateral so as to ring-fence its exposure to the group. It had built an exposure of Rs 3,300 crore.

At the time, an Essel Group spokesperson said: “We have multiple facilities and multiple collaterals with Yes Bank. These collaterals are also cross-collateralised and any shortfall is being reviewed and being made good, as per the applicable law.”

In 2018, Yes Bank was dragged into an unkind controversy by the Essel and Videocon groups. Essel’s acquisition of the Venugopal Dhoot-owned Videocon D2H went into a legal wrangle. Then, a lesser-known company, Nityank Infrapower & Multiventures (formerly Dreampower Manpower Solutions), popped up in a Delhi High Court case for allegedly depositing over Rs 3,000 crore at the bank soon after demonetisation was announced on November 8, 2016.

Videocon claimed Nityank is associated with the Essel Group.

The ministry of corporate affairs had asked the Serious Fraud Investigation Office to investigate it and probe the involvement of 57 shell companies in the whole affair. Though Essel denied Videocon’s claim, it was proven that it provided security for loans worth Rs1,600 crore taken by three Essel companies, as per a filing with the Registrar of Companies.

In an open letter written in January 2019, the group chairman Subhash Chandra admitted that the merger transaction between Videocon D2H and his group company Dish TV was a “mistake” that resulted in a huge loss, Business Standard reports.

That was just one of many that followed.

As Subhash Chandra shut down several loss-making companies such as Essel Infrastructure and Essel Power, Yes Bank had its fingers burnt beyond recognition.

The bank’s risky games with Kapil Wadhawan’s scam-hit home financier Dewan Housing Finance Corporation (DHFL) will soon be part of India’s banking folklore. Kapoor has already been booked by the Enforcement Directorate for alleged criminal conspiracy, cheating and corruption. The ED alleged that the 62-year-old promoter provided loans to DHFL and, in return, took heavy commissions through a company owned by his three daughters. The ED also claimed that Kapoor and his family set up over a dozen shell companies that were used for funneling Rs 4,300 crore in kickbacks and investing in properties.

A report even suggests that one of his companies took a kickback for not repaying the loan to Yes Bank.

The FIR filed by the CBI in the case said: “Kapoor obtained undue pecuniary advantage from DHFL in the matter of investments in the debenture of DHFL by Yes Bank, through the companies held by his wife and daughters.”

It is also said Kapoor had “misused his official position in several other transactions and obtained illegal kickbacks directly or indirectly through entities controlled by him and his family members.”

Kapoor took a handsome Rs 6.8 crore salary in 2018-19 — and was forced for a disgraceful clawback of performance bonus paid in 2014-16, pegged at Rs 1.4 crore as asked by the regulator. He will now need to answer several tough questions as the probe goes deeper.

While a few other fallen stars — such as Naresh Goyal of Jet Airways, Ravi Parthasarathy of IL&FS and VG Siddhartha of Café Coffee Day — could also claim their hand in the bank’s ruin, a forensic audit of the bank’s deals with the billionaire trio will surely throw up many more skeletons in the closet. That is, if the investigations continue without any political “mediation”. 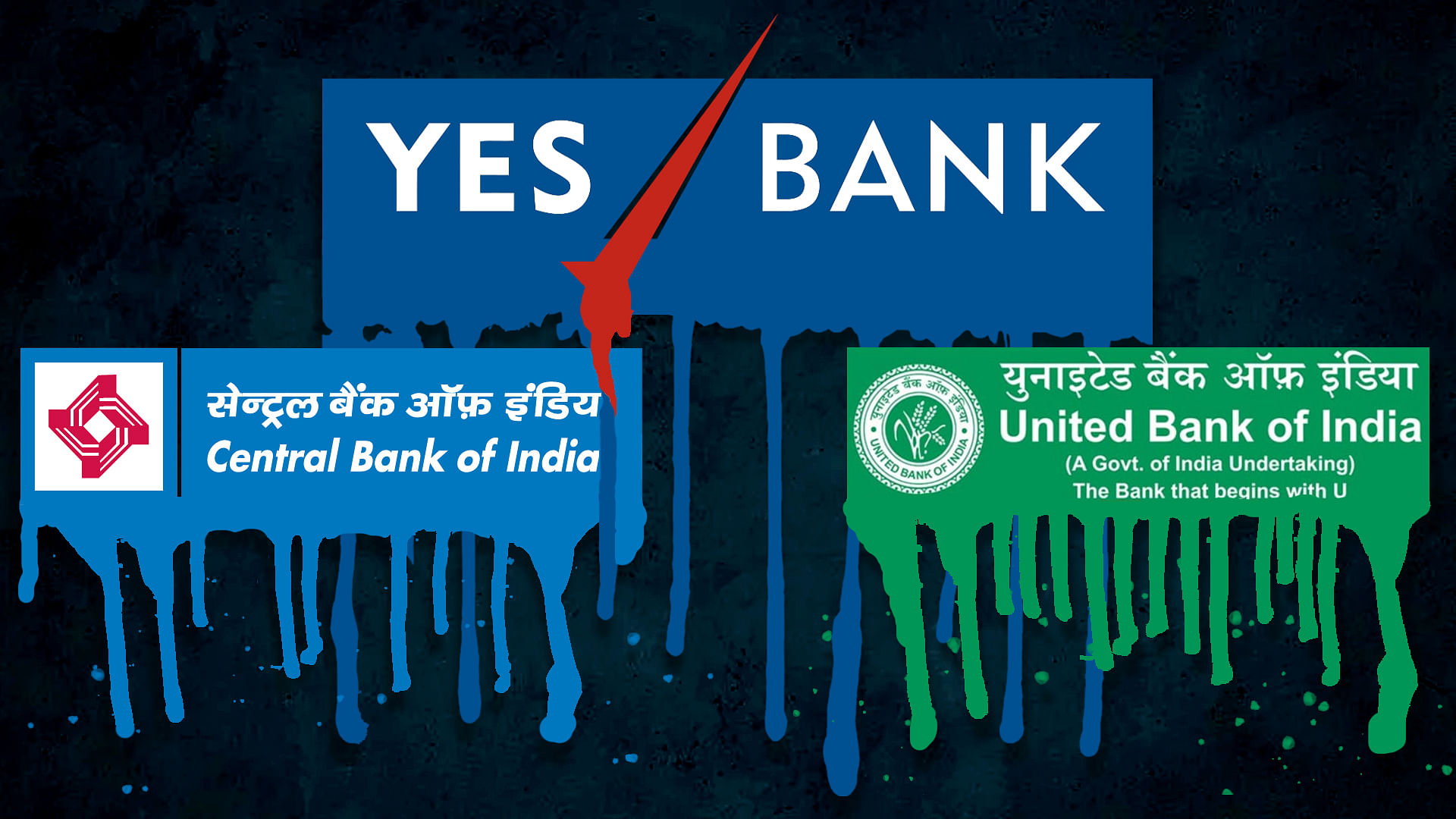