Questioning the state’s version of events is not a crime. It’s the media’s job

Going by the FIRs filed against journalists in recent times, the government seems to think otherwise.

Even as the world of social media, and our ministry of external affairs, jumps through hoops over tweets by two "outsiders", the singer Rihanna and the climate activist Greta Thunberg, on the ongoing farmer protests in India, there are weightier issues that continue to confront this nation.

There is, of course, the continuing protest by farmers, not just a handful as the ministry would like the world to believe, but by thousands stretching across northwest India and supported by farmers' groups in other parts of the country. Talks between their representatives and the government have hit a roadblock, hopefully not as impregnable as the trenches that the Delhi police is busy digging on all roads leading into the national capital.

For the media, there remain several questions that have come into focus due to the farmer protests and the events that took place in Delhi on Republic Day.

The most recent issue being debated concerns FIRs filed by the police in Uttar Pradesh and Madhya Pradesh against several prominent journalists and a member of parliament, invoking sedition, conspiracy, and promotion of enmity between different sections. All this for tweets and statements on TV relating to the death of one of the protesters, Navreet Singh, on January 26.

A video clip was circulated on social media showing Navreet Singh's tractor overturning after it hit a police barricade; his family and some eyewitnesses claim he was shot first and thereafter lost control, as this follow-up story in the Caravan reports. The people against whom these FIRs have been filed include Congress MP Shashi Tharoor, India Today anchor Rajdeep Sardesai, author and senior journalist Mrinal Pande, and Caravan editor Vinod Jose.

Their crime: tweeting the version about Navreet Singh being shot, or carrying stories that questioned the police version that it was an accident, as in the case of Siddharth Vardarajan of the Wire.

If inaccurate reporting deserves cases of sedition to be filed against journalists, there would be hundreds of candidates every single day. It is the nature of breaking news that sometimes leads to inaccuracies, or half-baked versions being transmitted. But more often than not, these are corrected, as happened in this case too. In any case, while the official version of what happened should be reported, it can also be questioned. Doing so is not a crime; it is the job of the media.

The problem of inaccurate news has been exacerbated in this time of social media and the pressure of the 24-hour news cycle. In the old, slow news days of print, journalists had a whole day to check and double-check before their stories were printed. They also had support from the desk, whose job it was to do such checking.

Although the structures still exist, the sheer volume of information coming in as well as versions floating around social media sites makes the job of the desk in media organisations even more challenging today.

These challenges were apparent on January 26 when what was expected to be an orderly tractor rally turned into a violent confrontation between some protesters and the Delhi police. The media does need to analyse where mistakes were made in the coverage. Inevitably, the dramatic trumped the more mundane. As a result, the memorable images from that day will remain the violence and drama at the Red Fort, whereas the "people's" Republic Day parade by the majority of the protesting farmers will be virtually erased from the record, except on some social media sites.

Yet, even if mistakes were made, surely this should not invite the charge of sedition. As also the assumption that the inaccuracy was deliberate.

The fallout of the 2021 Republic Day has been not just the FIRs against these prominent journalists, but against dozens of others including leaders of different organisations participating in the protests. These actions should remind us, yet again, that in the last few years, especially since the Bharatiya Janata Party came to power at the centre and in several states, hundreds of journalists have been arrested, charged, harassed and intimidated.

In its report "Behind Bars, Arrest and detention of journalists in India" released in December 2020, the Free Speech Collective documents cases of 154 journalists against whom cases were lodged in the last decade. Of these, 67 were just in the last year and of the total, Uttar Pradesh had the highest number of cases, 29.

Should the media be especially worried following these latest developments?

A retired judge, writing in the Indian Express, does not think so. He accuses the media of "false martyrdom". Responding to an editorial in the newspaper that termed the FIRs against the journalists as "bizarre", SN Aggarwal suggests that the "profession at large must introspect, not stand by those spreading fake news".

Perhaps the media does need to introspect, as also suggested by the editorials in Indian Express and the Hindu. But there is a presumption in Aggarwal's argument, that errors and "spreading fake news" are the same. To be sure, some media can be charged with spreading fake news. Remember the doctored video telecast by Zee News during the agitation in JNU in 2016? No FIRs were filed against the channel.

So, what then is worrying about the latest police action against journalists? Are we speaking up only because these journalists are prominent? Or is this part of a larger pattern of undermining the credibility of the media, and especially of those sections of the media that continue to do their job of questioning and digging for the truth?

Several organisations have come out in support of the journalists. At a meeting at the Press Club in New Delhi, there were references to an "undeclared emergency", comparing what is happening today to the period between 1975-77 when Indira Gandhi had imposed pre-censorship on what was then mostly the print media and arrested journalists, including editors like Kuldip Nayar.

There is, in fact, no parallel. What is happening today is more insidious and far more dangerous. Without resorting to any overt actions, the government has succeeded in reining in criticism in the media. The handful of newspapers, TV channels, digital platforms, and journalists that continue to raise questions are constantly reminded that they are under watch.

Kanwardeep Singh, a journalist from the Times of India – hardly to be considered a constant critic of the government – told the Guardian that he was warned and received threats for reporting the allegations about Navreet Singh being shot. “Messages are being sent through senior journalists that either I stop writing and stay safe or be ready to live my remaining life behind the bars,” he said. “I am aware that the government may attempt to harm me or my family to any extent but I will continue to investigate.”

If this can happen to a journalist reporting for India's largest circulating English language newspaper, what about those working in Indian language media, or independent journalists like Mandeep Punia, who has been released on bail after being arrested while covering the farmer protests? On his release, he tweeted: "The police interfered with my work. That is my regret. Not the violence that I faced. This incident has strengthened my resolve to continue with my work, that is reporting from the ground the most dangerous and yet the most necessary part of journalism."

We should also not forget that lesser known journalists are being virtually forgotten as they languish in jail without trial for the crime of pursuing a story. Such as Siddique Kappan from Kerala, who was on his way to Hathras to report the gangrape and murder of a Dalit woman when he was arrested by the Uttar Pradesh police.

This government does not need to declare an emergency or impose pre-censorship. The mainstream media is mostly pliant. Not only do they toe the line, a good number of them are uncritical and enthusiastic supporters of anything and everything this government does. Critical scrutiny of government actions, pronouncements or policies – as seen in most other functioning democracies – is becoming increasingly infrequent.

Also, as long as an outdated colonial law like sedition continues to be on the statute, any government can weaponise it to deal with those it finds inconvenient, as this government is doing. In its editorial on the FIRs, the Times of India points out, "Repurposing sedition against journalists negates our democracy’s founding tenets recognising the rights of news media to report without fear or favour."

A database compiled by the portal Article 14 reveals that there has been a 28 percent rise in sedition cases since 2014. For the long-term survival of any semblance of a free press, a prerequisite is the scrapping of this draconian colonial law, as Samar Harlankar points out in this fine piece in Open Democracy. 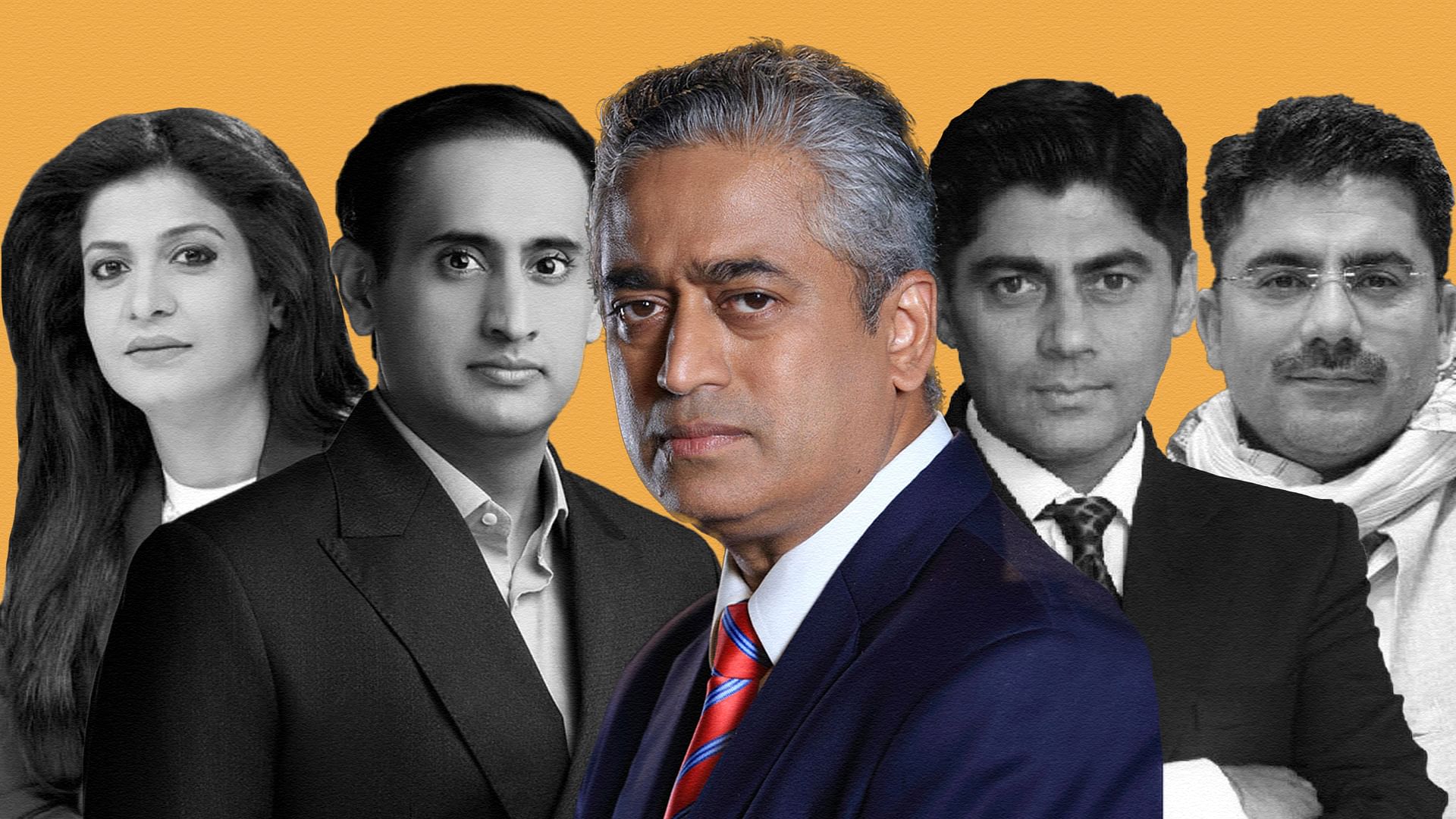 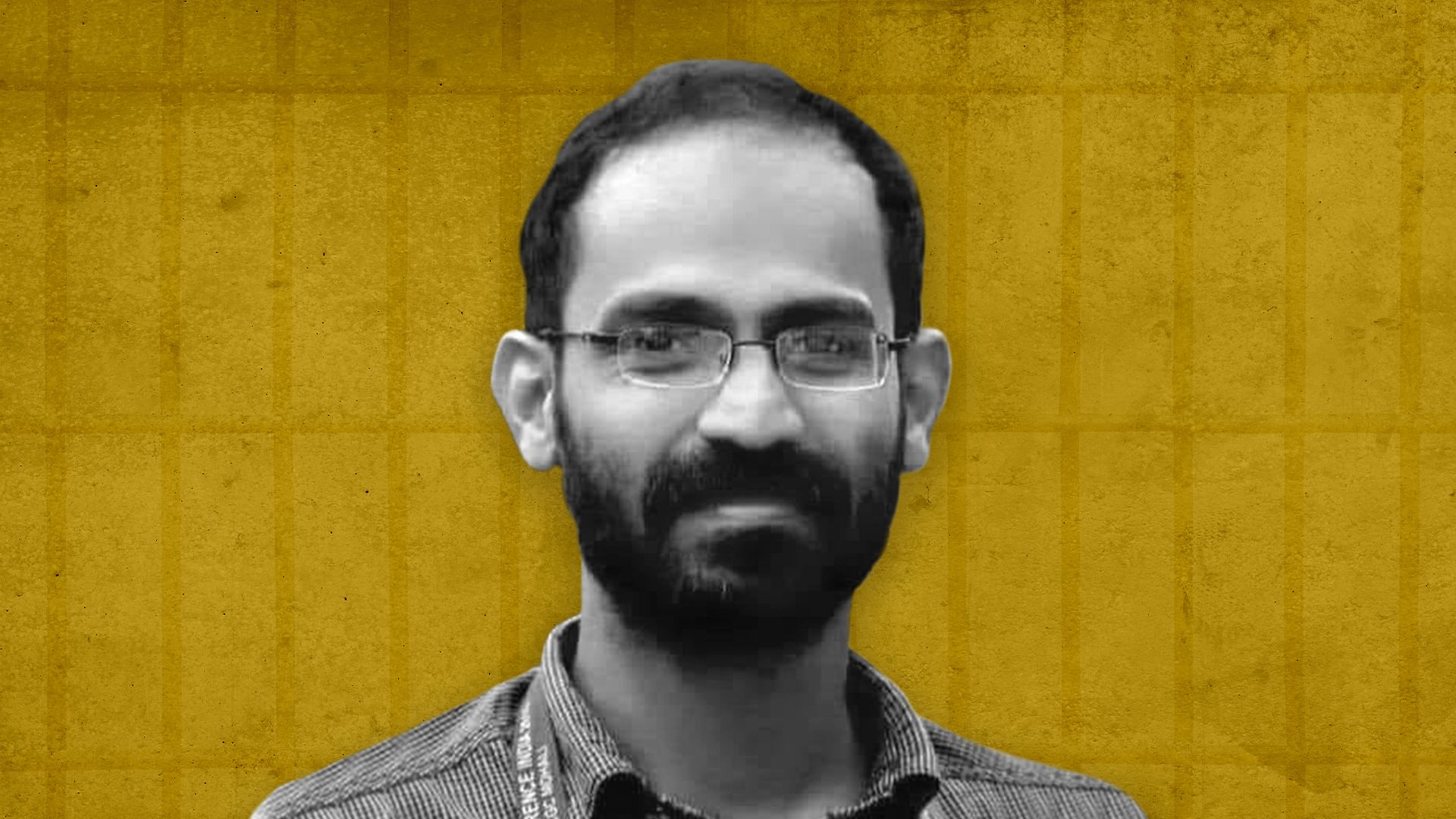