It may be a while before Narendra Modi tells the nation about his government’s preparedness to combat the pandemic. Until then, empty vessels will make the most noise on janta curfew day.

On the eve of janta curfew, which Prime Minister Narendra Modi announced in his eagerly-awaited address to the nation two days ago on combating COVID-19, why does the appeal sound like the Rashtriya Swayamsevak Sangh’s boudhik, or intellectual, activity rather than a 21st century statesman’s policy goal to combat a pandemic that is sweeping the world with its deadly consequences, and is erupting in the country today?

Modi began his speech by rightly putting the crisis in perspective, saying it has not spared any country in the world, even thanking the 130 crore Indians for exercising due caution, and asking them to be alert and cautious. But soon, the speech was reduced to a babble of morals and virtues, self-restraint and discipline, with not even a cursory nod to crucial facts and figures, from concerned government ministries dealing with health, industry, labour, and social sectors.

Barely after the preliminary opening, Modi couldn’t resist saying it looked as if the country had averted the crisis and that everything was okay, just when figures were beginning to leap up in many states.

That aside, as in the words of Modi’s guruji, MS Golwalkar of the RSS, about how a swayamsevak must conduct his life, of the importance of a spotlessly clean character and devotion to the nation, Modi appealed to 130 crore Indians saying it was “imperative to keep two key factors in mind in order to combat this global pandemic – determination and patience”. To reinforce the RSS virtue of purity and its adage of “cleanliness is next to godliness”, Modi added the mantra, “Hum Swasth, Toh Jag Swasth” for good measure. He said, “During the pandemic, only this mantra, ‘If we stay healthy, the world is healthy’, will take us through.” He introduced the global concept of social distancing, sankalp and sanyam, or determination and refrain from going out, and the janta curfew which will be climaxed with a countrywide flash mob banging plates and vessels to show appreciation to the overworked medical community.

As always, Modi made the national appeal to the citizens saying it was a personal favor to him, not their duty as citizenry to the nation state; a debt he has always cherished and for which the people have never let him down. He added with great sentiment, “Whenever I asked you for something, you have never let me down. My government’s efforts will succeed only on the strength of your blessings.”

It was a classic Modi speech – all jargon and platitudes, demanding loyalty from the people without giving them any idea of the preparedness, if at all his government had any in mind, to tackle the looming disaster.

Could the prime minister have told us what the health ministry has done to prepare the country if there is a major outbreak? It’s not alarmist nor would it have created panic if he had just spotlighted the health ministry’s efforts in preparing for the pandemic – that he had joined forces with all chief ministers to set up surveillance centres in every district; the roadmap for preventive, curative and diagnostic services was ready and raring to go; all medical centres from clinics to hospitals, government and private, doctors, nurses, pharma companies and pharmacists had been networked and readied to take on the pandemic? Is the government prepared with enough stocks of medicines, protective wear like masks, bodysuits, gloves for health workers and the sick? According to reports, manufacturing has just begun, after orders were placed a day ago.

But there has been no press conference by Health Minister Harsh Vardhan so far, when there should have been a daily briefing on the situation. Instead, health reporters get updates without any interaction and there’s no scrutiny of data with officials. The ICMR has said India is at the second stage of the coronavirus outbreak, but there’s no data available in the public to counter the claim.

Unlike the Centre, many states have taken the initiative for preparedness and have been sterling examples of expediency, foresight and timeliness. The Kerala government has been in the forefront of the battle as some of the first cases of COVID-19 appeared in the state. Chief Minister Pinarayi Vijayan and his Health Minister KK Shailaja have been lauded for their quick response – like contact tracing and getting hold of the people who came in contact with the affected people – their appeals and actions, social and economic measures, to absorb the shock of loss of labour and wages.

Vijayan’s twitter account bristles daily with a slew of actions his government has taken to tide over the crisis – a Rs 20,000-crore package to fight the pandemic; loans worth Rs 2,000 crore through Kudumbashree, a women’s only cooperative, Rs 2,000 crore for the employment guarantee scheme MNREGS, Rs 1,320 crore for loans of Rs 1,000 to families not eligible for welfare pension; subsidized meals of Rs 20; tax relief. If there were mask shortages, prisons were asked to make them; if schools were shut, then midday meals were sent to the children’s homes.

In Delhi, Chief Minister Arvind Kejriwal has restricted social gatherings to not more than 50 although he has not put a ban on weddings; he has shut malls and shopping centres; and has announced that forwarding Whatsapp rumours will invite fines and imprisonment.

Modi, however, has not announced any economic or rehabilitation package for all those who stand to lose their daily or monthly wages due to the shutdown of malls, restaurants, schools, colleges, industries, and businesses. What are the economic measures being implemented to compensate the poor migrant and daily wagers? How are people going to repay their loans to banks if they don’t get salaries? Has Modi announced any scheme that will allow them to pay after, say, six months? Has he called captains of industry to pool their expertise and skills to map out a plan for their employees? Has Modi asked India’s billionaires – there are more than 150 – to donate in curbing the crisis like their counterparts abroad such as Bill Gates and Micheal Dell?

US President Donald Trump has announced a $100-billion emergency aid package that ensures sick leave to workers who fall ill from the virus, apart from free testing, paid family leave and unemployment insurance to millions of Americans. In Canada, the prime minister has announced a $56.4-billion stimulus package to provide a wage subsidy for small businesses, pause student loans and such measures to limit the damage from the lockdown.

Modi’s call for social distancing looks cruel to people who live in slums and clusters; they have no escape from the congested, crowded and unhygienic colonies. Washing of hands means nothing to people who have no access to daily water. Do the poor have access to testing centres and hospitals? Should he not prepare private hospitals to treat poor patients for free? So far, it seems to be a rich person’s disease as only those who have travelled abroad have been tested and quarantined. Even Modi’s call for people over 65 years to not step out is pointless – he refused to adjourn the parliament even though he is above the age limit himself and more than a quarter of parliamentarians are as well.

It seems it’s going to be a while before Modi tells the nation about his government’s preparedness to combat COVID-19. Until then, empty vessels will make the most noise on janta curfew day. 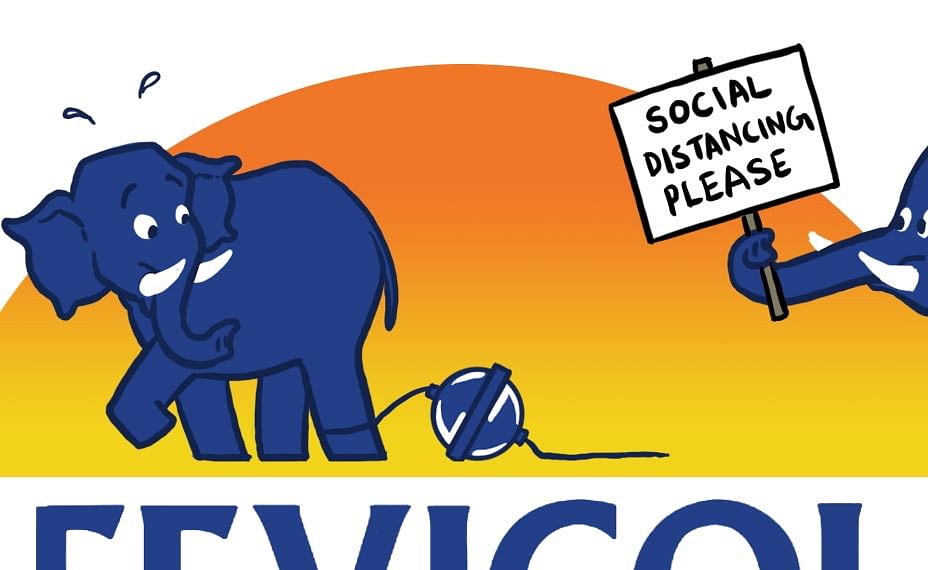