How a mob attacked three Caravan journalists in Northeast Delhi

The journalists say that one of their attackers identified himself as the secretary of the local BJP unit.

On August 11, three journalists with the Caravan magazine were assaulted in Subhash Mohalla in Northeast Delhi’s North Ghonda area by local residents. The journalists were reporting on the harassment of the neighbourhood’s Muslim women by their Hindu neighbours when they were accosted by a hostile group of men and women at around 2.30 pm, and harassed, mugged and manhandled.

One of the journalists, a woman, has alleged that she was sexually harassed and physically assaulted by the group, including being flashed by a middle-aged man.

The other two journalists, Prabhjit Singh and Shahid Tantray, told Newslaundry that they were cornered and locked inside Lane 2 of Subhash Mohalla by the group and heckled and beaten until they were extricated by police personnel around 3.30 pm.

At the Bhajanpura police station, Singh wrote a long complaint over a few hours while simultaneously consulting his team at the Caravan.

“They [the group] were insisting that we delete everything we shot in the area. We told them that they cannot force us like that, but talk to us instead,” Singh said. “They became very abusive and asked us to show our identity cards. The moment Shahid showed his ID card — and I’m saying it with conviction — they started hitting him because he’s Muslim. They didn’t hit me. Had I not been there, they would have thrashed him like anything.”

The journalists filing their complaint at the Bhajanpura police station.

Tantray told Newslaundry that initially only five to eight people had approached him and his colleagues in Subhash Mohalla. It swelled to a larger group when one of the men, dressed in a saffron kurta and with a fractured arm, contacted others and asked them to show up.

“We had just finished an interview with a local Hindu and were taking a few shots when these men approached us, asking why we were making videos of their homes,” said the photojournalist. “When I said that we were reporting on the August 5 incident, he said that nothing happened here. I asked him to say this on camera but he refused. Then he called the police and others and the crowd began swelling.”

On the intervening night of August 5 and 6, at about 1 am, local men planted saffron flags on the gates of Muslim-majority gully in Subhash Mohalla. They were celebrating the inauguration of the Ram Temple in Ayodhya. Local Muslim women had told Newslaundry that they were spooked when the men set off firecrackers and had raised anti-Muslim slogans.

Tantray added that at one point in this violent episode, he was trying to negotiate with the crowd while receiving blows on his head. There are no serious injuries, thanks to the helmet he had on at the time. “They wanted to know the name of the Muslim person who would call us to the neighbourhood. One of the persons in the group even boasted that he was the secretary of the local Bharatiya Janata Party unit,” he said.

Tantry was forced to delete the interviews on his camera. When a few women began trying snatch his camera, he offered to surrender his 64 GB memory card instead, which he could not later recover.

The street in Subhash Mohalla where Singh and Tantry were assaulted.

At the Bhajanpura police station, the woman journalist filed a separate statement in the presence of a lawyer and a colleague. She trembled while recounting the event, and gasped when shown a blurred picture of a man who was part of the crowd. While Tantray and Singh were being manhandled, the latter had asked her to step over to the Muslim side of the neighbourhood for her safety.

Two eyewitnesses from Subhash Mohalla told Newslaundry that the journalist was pleading with locals to take her to the police station. “She was trying to hide in the lane when the two men were being attacked,” said one resident on the condition of anonymity. “When one neighbour decided to help her, a group of 15-20 people, including women, entered from the gate and began dragging her away.”

The resident added that the local police had arrived at the scene, but did not actively attempt to pacify the crowd. “She was held by her hair and abused and beaten by the wife of the local washerman. It was very scary.”

“She was crying,” said another resident. “She was being pushed around by the women who live in the Hindu side of Lane 2.” The resident, a Muslim, claimed that the episode has injected another mix of fear and anxiety in the neighbourhood, whose residents have been complaining of harassment since the communal carnage in February this year.

“If they’re treating journalists with such impunity, just imagine the plight of Muslims here,” an eyewitness said.

Tantray corroborated the claim about police inaction. “We were taken away by the police half an hour after they arrived. Their attempts to pacify the crowd were half-hearted,” he told Newslaundry.

The Bhajanpura station house officer, Ashok Sharma, was reluctant to comment on the incident. However, a senior police officer told Newslaundry that the journalists also deserved blame for filming inside a “sensitive” neighbourhood. Asked about the FIR into their complaint, the officer said that it would only be filed after talking to “both the parties” — the journalists and the local residents of Subhash Mohalla.

On August 10, Singh and Tantray had reported that three Muslim women from Subhash Mohalla were allegedly beaten and assaulted inside station premises on the night of August 8. The women had approached the police to file an FIR into their complaint regarding the August 5 incident.

In the tiny cabin on the other end of the police station, a police officer asked Singh whether he required a medical check-up for any injuries. “All that is fine, but what about the trauma and the humiliation?” he shot back.

A report released on March 9 by the Committee Against Assault of Journalists, a collective of independent media and civil society groups, recorded 32 instances of assaults on journalists in Delhi alone between December 2019 and February 2020. More than a dozen attacks were reported during the riots in Delhi’s Northeast district.

The Caravan released a statement at midnight of August 12. “The mob physically assaulted the staffers, threatened to kill them, and used communal slurs,” it said.

Today afternoon, in the Subhash Mohalla locality in north-east Delhi, a group of men and women assaulted three staffers of @thecaravanindiaâ@Prabhtalks, @shahidtantray and a third staff memberâto stop them from reporting.

On August 11, the deputy commissioner of police, Northeast Delhi, acknowledged on Twitter that complaints had been "filed by both sides" and were being looked into.

Today afternoon some journalists were taking photographs and interviews in the communally sensitive area to which local people objected. Police acted swiftly to pacify the situation. Complaints filed by both sides and being enquired into. @DelhiPolice 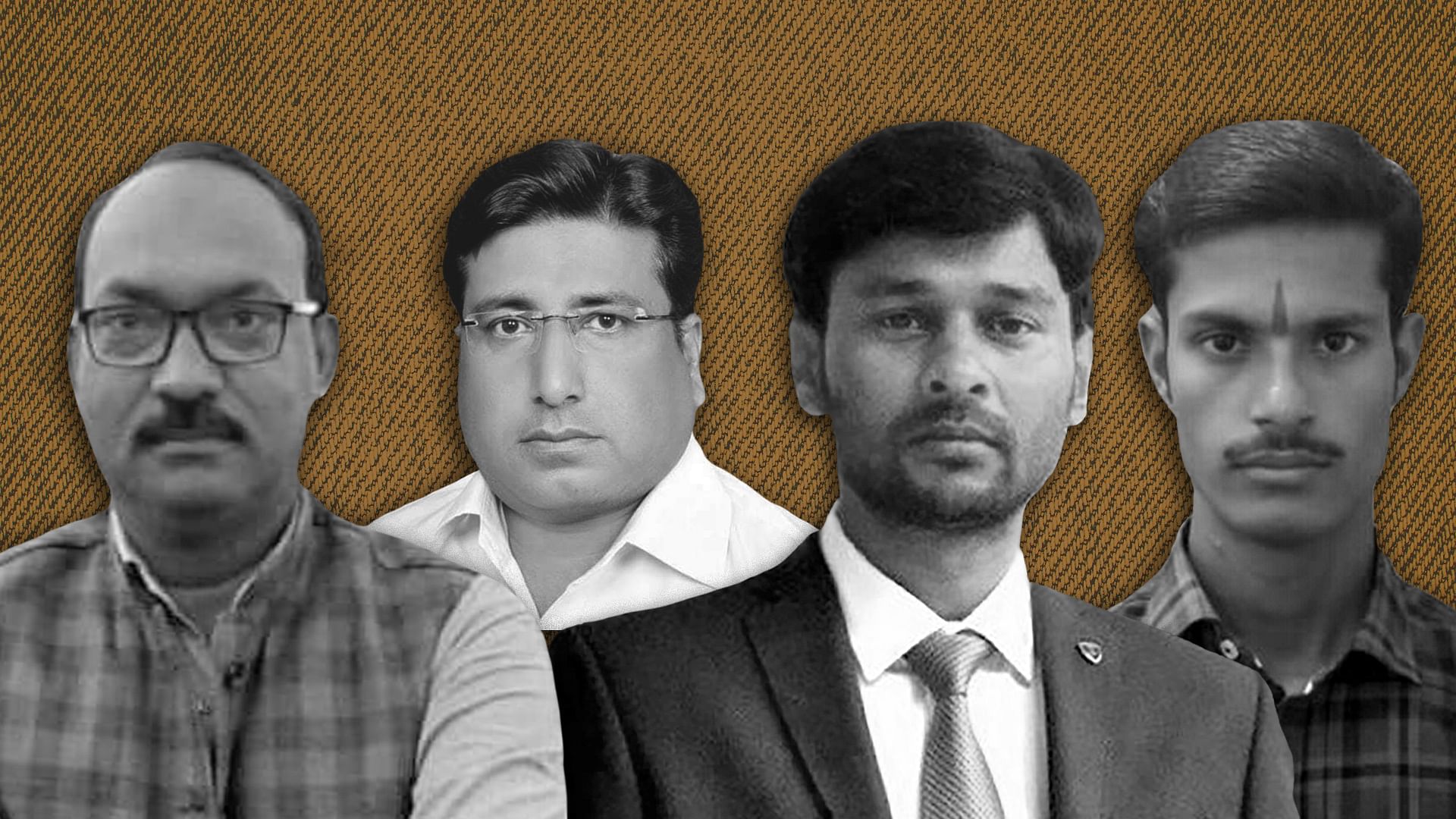