Journalists in this country must wake up to the brutal social realities of Dalits and learn to cover them in the right way.

On the night of May 29, CNN’s Atlanta headquarters came under attack as protests spread in response to the Minneapolis police killing an unarmed black man, George Floyd. A largely peaceful day-long protest turned violent towards the end of the day, and the CNN office became a target too.

Atlanta’s mayor, Keisha Lance Bottoms, a rising Democrat and black politician, stepped in to denounce the vandalism. She stood by CNN, saying, “They are telling our stories, and you’re disgracing their building.”

Throughout, CNN’s own response was measured, covering the news with the headline, “CNN Center in Atlanta damaged during protests”. The attack became a forgotten chapter as the Black Lives Matter protests spread across the United States, and beyond to Europe.

One can only wonder how an Indian news channel would have spun this coverage.

Floyd’s death is a turning point that could bring real change, according to civil rights activist Al Sharpton, who also delivered the eulogy at Floyd’s funeral in Houston. Floyd, 46, died after a white police officer, Derek Chauvin, pressed his knee on Floyd’s neck for nearly nine minutes on May 25. Floyd lost consciousness while gasping for his last words: “I can’t breathe.”

The video of Floyd’s last moments brings back chilling memories of a similar video of Eric Garner, who died in 2014 when a police officer in New York put him in a chokehold. Garner too said, “I can’t breathe” and lost consciousness. “I can’t breathe” has now become the slogan of protests by the black community against systemic racism.

A Washington Post database shows that over 1,252 black people have been shot and killed by the police in the US since 2015, not including deaths in custody. NPR has also documented these deaths, detailing, wherever possible, each person’s final moments before their death. Not all deaths made it to the national news or galvanised protests.

That is precisely why the US media’s coverage of Black Lives Matter protests is important. Contrast this with how the Indian media frequently labels protests as “anti-national”, or uses the protests to engage in political mudslinging and victim shaming.

The ongoing protests offer many lessons for the Indian media. Here are three of them.

The American media used primetime shows to focus on how black Americans are twice as likely to be killed by the police than their white counterparts. In this context, it’s interesting to see how the Indian media handled cases of atrocities against Dalits, or protests by Dalits.

Though it is India’s religious minorities that have been under attack of late, the black struggle runs parallel to the struggles of the Dalits, who have been battling structural discrimination for thousands of years. India came close to nationwide outrage against caste discrimination in 2016 when Rohith Vemula, a PhD student, committed suicide after facing caste discrimination at Hyderabad University.

How did the media respond?

Times Now’s debate was on “Politics over suicide of Rohith Vemula”. NDTV asked if central universities were “vested with too much power”. Aaj Tak’s primetime show was on “Rajniti ka shikar Rohith”, or whether Rohith was a victim of politics. Worse still, questions were raised about whether Rohith was actually a Dalit, sidetracking from the main issue of casteism on campus.

Now, in the US media too, politicians are pitted against each other, especially when the general election is around the corner. But with George Floyd’s death, the media focused on the simmering anger, the protests, and systemic injustice against the black community.

MSNBC’s Chris Hayes ran a primetime programme titled “American failure”, discussing racial inequality in the country. Instead of a binary Republican vs Democrat debate, the panellist was Bryan Stevenson of the Equal Justice Initiative, a human rights organisation that works for racial justice and criminal justice reform.

On CNN, after two weeks of coverage, Anderson Cooper broke down on air as Cornel West, an activist and writer, talked about Floyd’s family and how the black community shows love in the face of subjugation.

On The Last Word With Lawrence O'Donnell on MSNBC, the host showed self-reflectiveness as he discussed the protests with Heather McGhee, co-chair of Color of Change, a racial justice group, and Paul Butler, a law professor at Georgetown University who has done extensive work on issues of race.

When was the last time you saw an Indian news channel inviting experts on caste as panellists, without the layer of politics, to discuss the deep-rooted bias in the Indian society?

Even Fox News, considered to run a conservative agenda, hosted a detailed programme on police reforms. Of course, it also hosted Tucker Carlson’s show, where he called Black Lives Matters a political party and not a movement. But by and large, the media remained focused on racial bias.

2. Identify the trend, not just details of the current case

The New York Times reported that Floyd had presented a counterfeit $20 bill before the police arrived. Several publications reported on his criminal record. And yet, American news channels did not hint or theorise on whether Floyd was responsible for his death. Because he wasn’t; there’s a clear pattern between the police brutality and the colour of Floyd’s skin.

Ask yourself: what would the Indian media have done? Channels would have done a deep dive into Floyd’s background, presenting detail after detail on wrongdoings in his past, using them to ask if he got what he deserved. This is just what they did with Rohith Vemula: questioned his caste and his mother and invoked his previous standoff with the Akhil Bharatiya Vidyarthi Parishad, instead of addressing the systemic caste structure that is prejudiced against students like him.

Rohith’s death could have been a pivotal moment in India. But Rohith faded quickly from the primetime spectacle. Sukhadeo Thorat, the former chairperson of the University Grants Commission, had prepared a report on segregation and public disgrace faced by Dalit students at the All India Institute of Medical Sciences, but his recommendations didn’t occupy any primetime space.

Both print and electronic media are guilty.

The lack of diversity in Indian newsrooms is an old problem. Most of the time, the perpetrator of the crime belongs to the same caste of the reporter or the anchor.

The US media is more diverse, though there have been demands to further increase the inclusion of blacks, Latinos, and other minorities. But white anchors managed to be sympathetic towards, and supportive of, the Black Lives Matters cause.

Let’s flip back to the Bhima Koregaon attack on Dalits on January 1, 2018, and the subsequent violence. Sympathy and a quest for the truth were the furthest things from the media’s mind at the time. As I wrote at the time, for a large section of Big Media, Dalit protests were just a traffic nuisance.

In the US, the Dalit diaspora has shown solidarity with black lives, joining protests across the country. They have also expressed unhappiness about the Indian media’s coverage of Dalits and Dalit issues.

Members of the Dalit diaspora participating in the Black Lives Matter protests in the US.

“India should propagate equality and humanity. Dalits are most vulnerable and neglected, so the need of the hour is honest coverage by the Indian media,” said Vivek Chavan, an occupational therapist in Michigan. Chavan joined the protests with his teenage daughter, waving a placard that said, “Dalit Lives Matter, Black Lives Matter”.

Chavan added: “While I see young whites coming out to support Black Lives Matter, Indian upper-caste children should also come out and support the marginalised like Dalits, Adivasis, and minorities who have become a target of late.”

Significantly, two weeks after Floyd’s death, the American media is still careful not to dilute the black movement by discussing bias against other minorities, like Hispanics or Native Americans, though this bias is a reality. This may change as headlines change, but the media in the US has still done a good enough job.

As I write this, India has witnessed series of atrocities on Dalits, including the rapes of minor Dalit girls in Rajasthan, Gujarat and Uttar Pradesh, and the deaths of at least three Dalit youth in the span of a few days — Arvind Bansod and Viraj Jagtap in Maharashtra, and Vikas Jatav in Uttar Pradesh. We still haven’t seen any outrage against the killings in the national media, suggesting that Dalit lives do not matter as Dalits continue to get outcaste from largely Savarna media’s privileged discourse.

In the US, the football player Colin Kaepernick took a knee to protest against racial injustice. In India, as the filmmaker Neeraj Ghaywan pointed out, we are still a century away from that.

Forget reparations and apologies for centuries of caste violence, we are still stuck at not allowing entry to Dalits in temples!

No reportage! No outrage! I feel stupid typing #DalitLivesMatter. Because they fucking don't.

We're a whole century away from 'taking a knee'.

This situation can only change if the Indian media not only wakes up to our brutal social realities but also learns how to cover them in the right way, as shown by the US media. If the US media, including white anchors, has shown the way, can the Savarna media follow?

The media needs to be fair and free, uninfluenced by corporate and government interests. Support independent media and pay to keep news free. Subscribe to Newslaundry today. 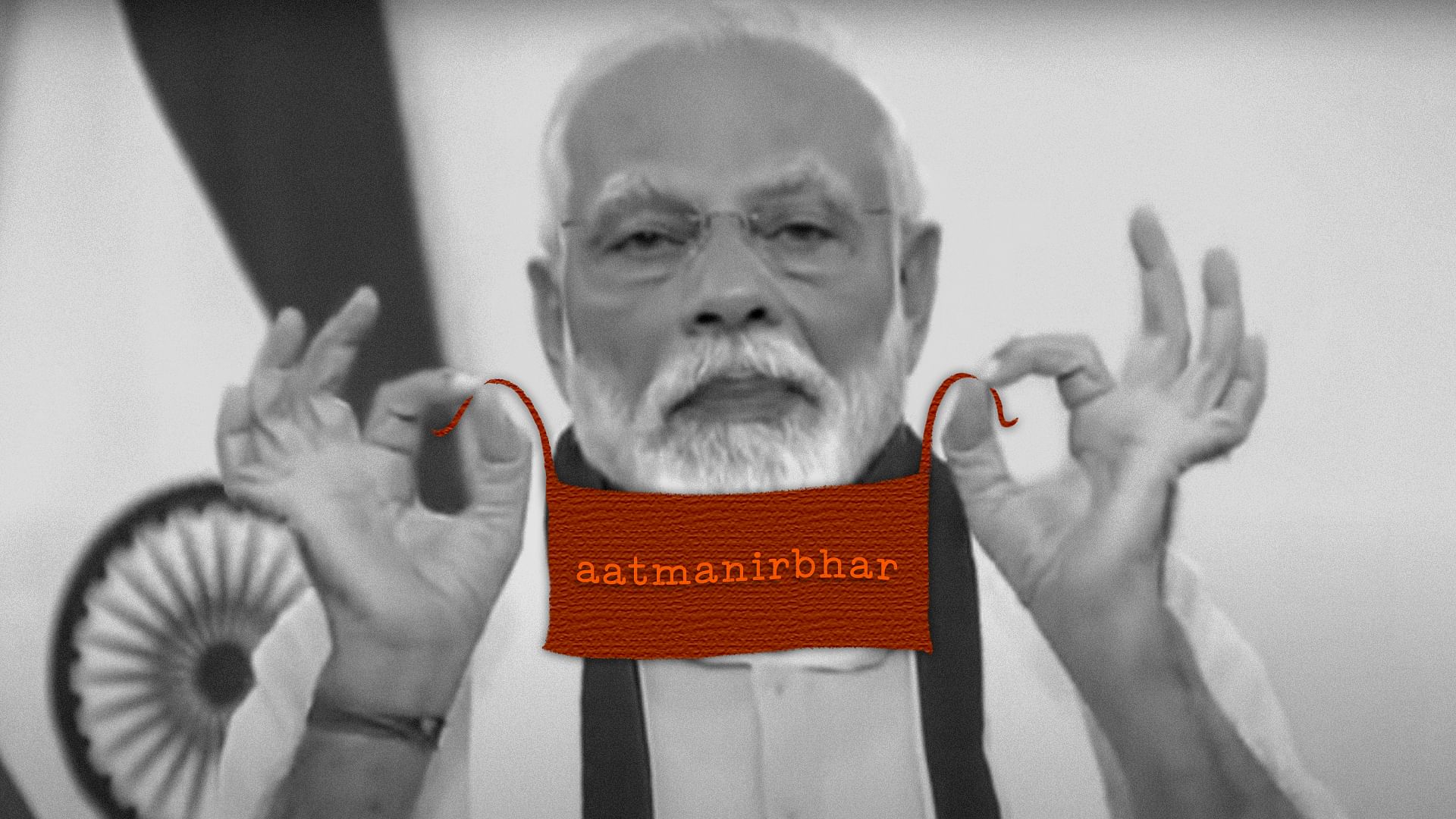