They have betrayed the fine traditions of Indian journalism by tacitly, if not actively, throwing their lot in with their respective managements.

Here’s something that happened when Loksatta started its Nagpur edition. Suresh Dwadashiwar was the resident editor and I was the chief reporter. There was a news editor too, but the poor guy was always sandwiched between the two of us. A voracious reader, erudite scholar and writer, Dwadashiwar was still very much a hands-on editor, and would give the go-ahead to print any story if he liked it.

Arun Tikekar, the editor of Loksatta at the time, had a strict rule: no news should find its way to the pages of the newspaper without the knowledge of the chief reporter. This was followed in letter and spirit across editions.

One morning, I was puzzled by a front-page story carrying the byline of one of the sub-editors from Nagpur. It was a sensational piece on a judge of the Bombay High Court, which has a bench in Nagpur. I was covering the high court and was aware of the rumours going around, but none of my multiple sources confirmed it.

Just then, I got a call from Tikekar, which meant the story had been carried in the Mumbai edition too. When I told him I was unaware of the news, he was angry, to say the least, and asked me to get more details on the story. Then I called Dwadashiwar and briefed him on Tikekar’s call.

“I reached office after you left yesterday. This fellow told me about this news, and I gave the go-ahead,” Dwadashiwar said. When I explained the nuances in the case, he realised the seriousness of the situation. “This chap has landed us in a mess,” he conceded.

An inquiry was held. The sub-editor admitted he had no documentary evidence for what he had written. Tikekar insisted that he be punished and that Dwadashiwar recommend his termination to the Mumbai office, where Loksatta was headquartered.

As things began getting out of hand, Dwadashiwar declared upfront: “He made a mistake, he has admitted it and apologised. The matter ends there. If you are persistent about terminating his services, start with me. If you cannot do that but terminate him instead, I will resign. And mind you, Tikekar, I am sure many will resign once I do.”

I was sitting in front of Dwadashiwar when this phone call was going on. “If Dwadashiwar resigns, I will too,” I added on the same call, much to Tikekar’s chagrin. It sort of settled the matter; no action was taken against the sub-editor. Much later, Dwadashiwar quit Loksatta and so did I, but the sub-editor continued to work there. (In fact, when I became the resident editor, I promoted him to news editor.)

Dwadashiwar standing up for his colleague was laudable. And it was because of such strong editors that my generation produced quality journalism without hassles. (I followed and practised the same principle when I was first the resident editor and then the editor, but I’d better not blow my own trumpet.)

Let me come to my main point.

One after another, the managements of a lot of medium and large newspapers have either sacked scores of journalists or effected pay cuts, citing difficulties due to the Covid-19 outbreak and the consequent lockdown. Some newspapers slashed salaries by almost 50 percent, editions were closed, and many journalists lost their jobs. But not a single editor has taken a firm stand about this, let alone protest it.

This makes me wonder if these are indeed editors or tail-clipped rats. (Some background: before clinical trials on humans, all new medicines and vaccines are tried on rats. Their tails are clipped so as to restrict their movements. The contemporary lot of editors seem to be like those rats, hovering around the management without being able to manoeuvre independently. And let me clarify, by comparing these spineless editors with rats, I do not at all mean to insult rats!)

These editors are more likely to toe the management’s line, abandoning their avowed role of objective, fearless journalism, highlighting the agonies of the common people, the underprivileged, the Adivasis and the poor. The day is not far if the migrant workers who, with blistered feet, dried tears, empty stomachs, and dark futures, are able to pay and advertise their tragedies, the management will direct editors to publish their stories. And these editors — nay, the clipped-tail rats — will agree. Basically, the editors will say nothing because “at least my job is safe”.

Some days ago, I got a call from a friend of almost three decades. He is an editor and has requested that I not quote him for the following. He comes from a well-off family and has a house of his own, so he politely declined when a government-subsidised cooperative housing society was built for journalists in his city. He never ever asked for a raise himself during his 26 years of journalism, content with whatever was given to him.

And because he never asked for it, the management never gave him his due. Compared to others, he lagged behind in the race for a better CTC. When the management decided to effect a 50 percent pay cut, his salary came down to less than that of his peon. He raised the issue with the management, but no one showed any interest. Ultimately, he thought it best to quit. I have never heard of any other management belittling its own editor in such a manner.

The editor is the commander of the journalistic force in the media. Based on their work, he earns bouquets or brickbats. He is responsible for ensuring that his foot soldiers do not face a problem and in case there is a problem, find a solution. What is happening today is not a simple injury to the foot soldier but a fatal one. Yet, unfortunately, all these editors are silent about it.

Editors aren’t protesting the layoffs or pay cuts, or coming together to ask the owners to stop the bleeding. No one has even lodged a complaint with the relevant government authorities. The silence of these editors indicates that they are party to the decision and in agreement with the management’s whims and fancies. The question is: are these editors wary about the management revealing their secrets? Why can’t they utter a single word of protest?

If they are indeed frightened, they would do better to remember that foot soldiers do not like a cowardly commander and may disown him one day. Needless to add, such self-centred editors would lose their credibility with readers too. The silence of the Editors’ Guild and the like only proves that they endorse the managements’ action (of sacking people or effecting heavy pay cuts) and that they have failed miserably to protect the interests of the mediapersons.

It isn’t that our editors today are not eminent. Many of them have won awards named after erstwhile doyens of journalism, such as Balshashtri Jambhekar, Vishnushashtri Chiplunkar, Acharya Atre, Prabodhankar Thackeray, and Dr Babasaheb Ambedkar. Are they going to carry forward the legacy of forthright, fearless leadership? Or are they going to initiate a tradition where they withdraw editorials and still boast about being awardees in the name of Prabhodhankar Thackeray? Those awarded should follow the high ethics of the journalists in whose names they received the awards, and come forward to protect the interests of their junior colleagues. If not, they might as well surrender their awards and continue to hobnob with the management.

Kumar Ketkar and Sanjay Raut are two editors now active in politics; both are Rajya Sabha members. It is unfortunate that neither of them has voiced a word about the mayhem going on in the media. They should come forward, attempting political intervention to prevent a bloodbath in the media.

Postscript: Don’t cast aspersions on my writing saying that I can take such a stance now because I am not employed. I twice resigned during my career when I felt the values of journalism were being trampled. If I were an editor today, I would have resigned before sacking any of my colleagues, clearly showing that I wasn’t one of those tail-clipped editors.

Praveen Bardapurkar, a journalist for over four decades, was the resident editor of Loksatta in Nagpur and the political editor of Lokmat in Delhi. He has authored and edited several books and special volumes, including a compendium on women journalists in the Marathi media. He commentates on politics and media.

This article was originally written in Marathi. It was translated for Newslaundry by Nivedita Khandekar. 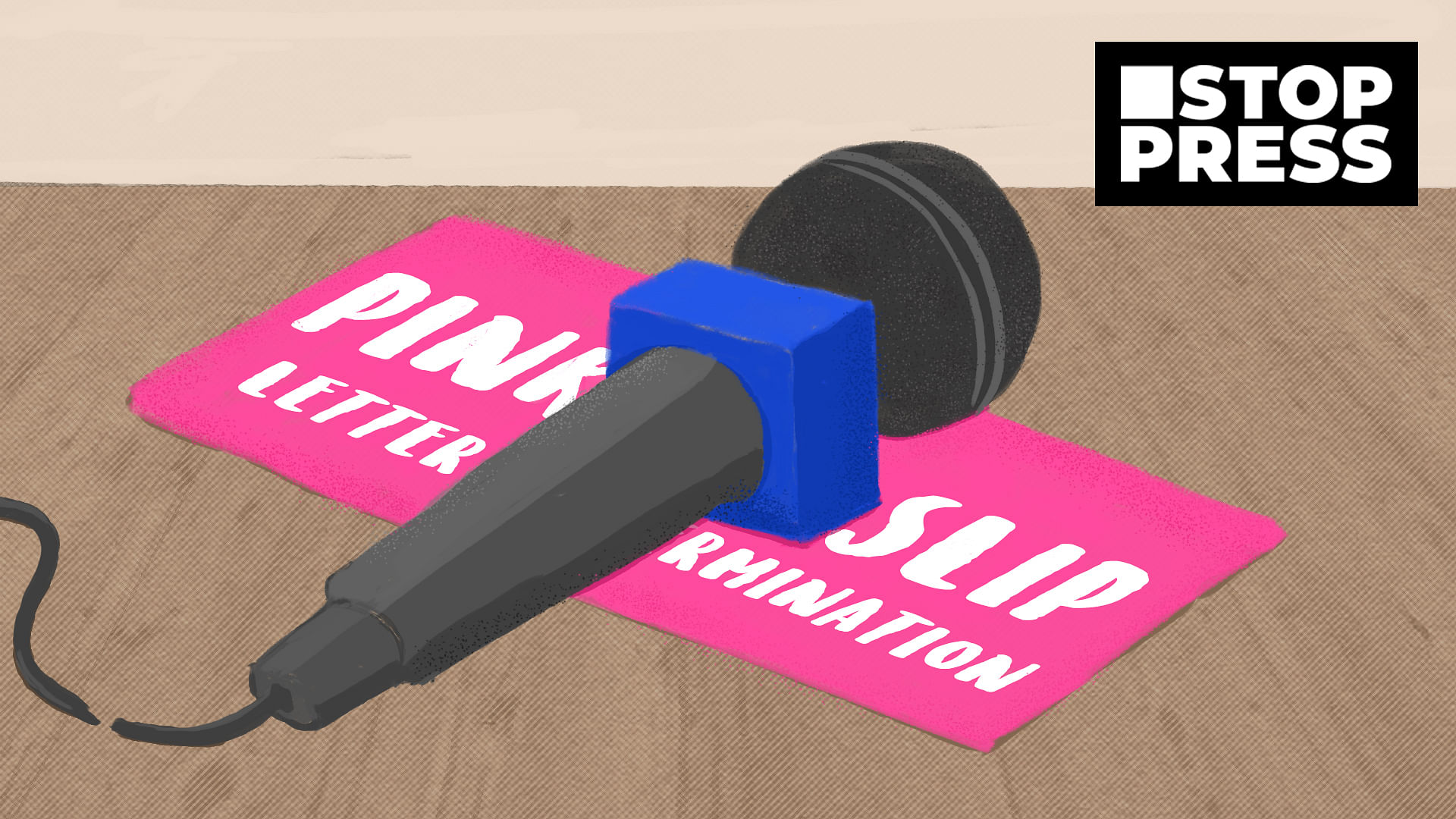 Stop Press: How Covid-19 is only part of the media layoffs story 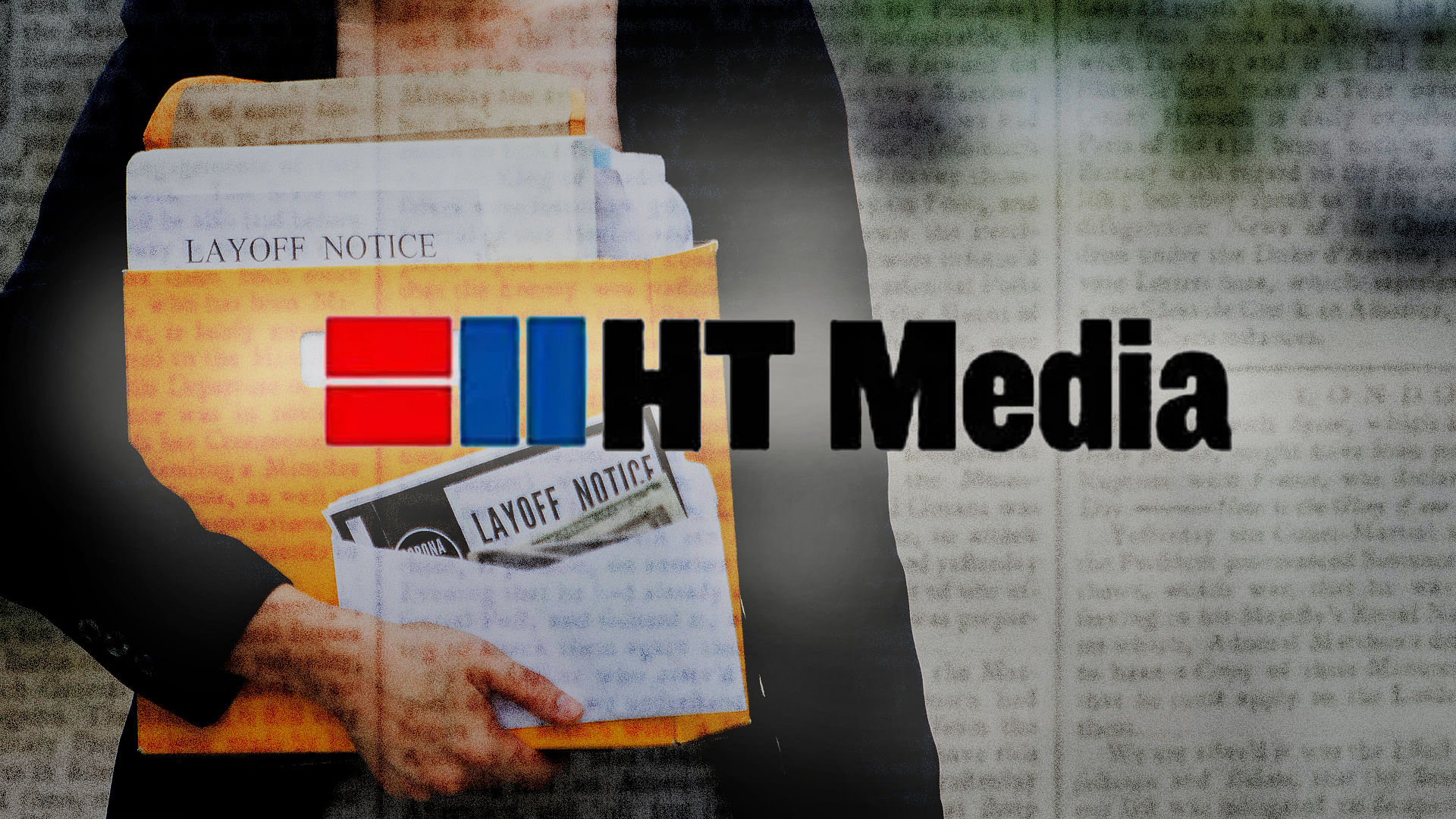 ‘I’ve been forced to resign’: A tight-lipped HT Media lays off over 100 employees