The BJP government has spent much more money on advertising than the previous Congress governments did. And TV has received much more of it than the print media.

Government advertising accounts for a sizable chunk of revenue for Big Media. In the time of an economic downturn, media companies come to rely even more heavily on ad spending by governments in states and at the Centre. These ads, however, come with strings attached. Governments tend to distribute ads in lieu of favourable coverage or use it as a stick to beat journalists into compliance.

Newslaundry examined data on government ad expenditure gathered by Reetika Khera, associate professor of economics at IIT Delhi, and Anmol Somanchi, an independent researcher. The data was collected through RTI requests. For political parties, the data was compiled from their annual audit returns submitted to the Election Commission of India. These data throw up interesting trends in ad expenditure by the Indian government and political parties.

In recent years, the Indian government has followed a global trend of ballooning state ad expenditure. The first major systematic use of media to disseminate government propaganda occurred during Atal Bihari Vajpayee’s “India Shining” campaign in the runup to the 2004 general election.

Around the same time, economists Jean Drèze and Reetika Khera analysed the content of government ads that appeared in leading English newspapers in the runup to the 2004 election and concluded that not only were the ads misleading (relying on clever statistical manipulation) but that the media campaign “lay bare the intimate nexus that has developed between the state, the ruling party and the business world…brazen use of taxpayer money for party propaganda purposes is one symptom of this nexus”. That government ad expenditure grew exponentially over the next decade and a half is a good reason to worry about media capture by the government.

In the graph above, we see that government ad expenditure began rising in 2004-05 (the “India Shining” campaign perhaps played a part) and continued to gradually increase during Manmohan Singh’s two terms. The biggest spike in ads came in 2013-14 under the UPA II government, just before it unsuccessfully faced its second election. Interestingly, instead of returning to pre-election trends, ads under the Narendra Modi government continued to rise even further, peaking in 2017-18.

It is worth noting that while the numbers presented in Figure 1 are nominal values, converting to real values (i.e. adjusting for inflation) leaves the trend unchanged.

Now, let’s look at how the composition of total ad expenditure going to different media types has evolved over the last three governments. Between Manmohan Singh’s first term from 2004-05 to 2008-09 (UPA I) and Narendra Modi’s first term from 2014-15 to 2018-19 (NDA II), the share of print ads in the Centre’s total ad expenditure fell by 22 percentage points from nearly 64 percent to just over 42 percent.

Interestingly, the share of outdoor publicity (including advertisements on LCD/LED screens in airports, hoardings on roads and petrol pumps, display boards at bus stands, bus wraps etc) increased significantly over the years. From three percent under UPA I, it rose to about 15 percent under NDA II.

With the proliferation of cable and satellite TV in this millennium, India’s government walked the same path as other advertisers, towards the electronic media.

In 2004-05, for instance, when the 14th general election was held, there was a leap of nearly 25 percent in the share of government ads to the electronic media as compared to the print, which had dominated until then.

This coincided with a gradual but significant decline in spending on print media ads.

Similarly, outdoor publicity had a negligible share in government’s total ad spending in 2002-03. It’s share began increasing slowly during UPA II, rising to nearly 10 percent by 2013-14. Picking up briskly after 2014-15, outdoor publicity accounted for 20 percent of the total ad money by 2018-19.

In 2015-16, All India Radio, text messaging and TV received less ad money compared to the previous year. But expenditure on all three increased the following year. The upward trajectory of spending on SMS continued in 2017-18, but TV saw its lowest government ad revenue in four years, of only Rs 154.5 crore compared to Rs 280.8 crore in 2016-17. Government ad revenue for All India Radio also fell in 2017-18, by Rs 3.2 crore.

Spending on ads in the radio category – which does not include All India Radio or community radio stations – saw the highest one-year spike across sub-categories, from Rs 94.5 crore in 2015-16 to Rs 145.6 crore. It fell marginally to Rs 133 crore in 2017-18. Could the increase in spending on radio ads possibly indicate the government’s desire to reach radio listeners in urban areas (such as those who drive to work)? Only data on radio listeners can reveal who the target audience is.

The growth in the expenditure on SMS ads was likely informed by the increased penetration and usage of cellphones in India. In case of TV ads, we see a sharp decline in expenditure in 2017-18 after three years of growth. The reasons for this are unclear.

According to annual returns filed by the two parties with the Election Commission, the BJP’s annual advertising and publicity expenditure has been higher than the Congress’s regardless of which party has been in power at the Centre.

It is important to note, however, that since these numbers are self-reported, there is a possibility of discrepancy between what the parties have reported and what they might have actually spent. It is also possible that different parties report items slightly differently in their reports. Even if we treat these as the lower limit – and imprecise - on ad spending, the data provide useful insights.

In contrast, the Congress has never reported spending more than Rs 50 crore on advertising and publicity, even during election years.

The graph below stops abruptly in 2011-12 for the Congress and in 2014-15 for the BJP. That is because after these respective years, the INC followed by the BJP stopped listing publicity and ad expenditure separately in annual returns, instead clubbing it in the broader category of “Election and General Propaganda”. The income and expenditure disclosure by the parties more generally have become more opaque over the years.

No other political party comes remotely close to the BJP’s spending. Of the other major parties except the BJP and the Congress, the Samajwadi Party spent the most on advertising and publicity – Rs 75 crore in 2016-17, when it faced reelection in Uttar Pradesh. The party still lost to the BJP.

The Aam Aadmi Party spent Rs 38 crore in the election year of 2014-15. Other parties showed no consistency in their spending trends.

In conclusion, the government’s ad expenditure has grown vastly in the last decade and a half. The sums involved are huge. For perspective, during Modi’s first term, the government ad budget was on an average 12 percent of the budget for midday meals in schools (up from 6.5 percent during UPA II). Similarly, the government’s total ad expenditure of Rs 1,179 crore in 2018-19 exceeded the total budgetary allocation of Rs 1,055 crore for its flagship maternity entitlements scheme, Pradhan Mantri Matru Vandana Yojana.

Is such profligacy justified? Especially considering that government advertising often ends up being self-congratulatory, vanity campaigns rather than genuine efforts to educate people about public schemes.

This is the second part of a series on how Indian governments advertise with the media. The first part detailed the funding of Sudarshan News TV channel. 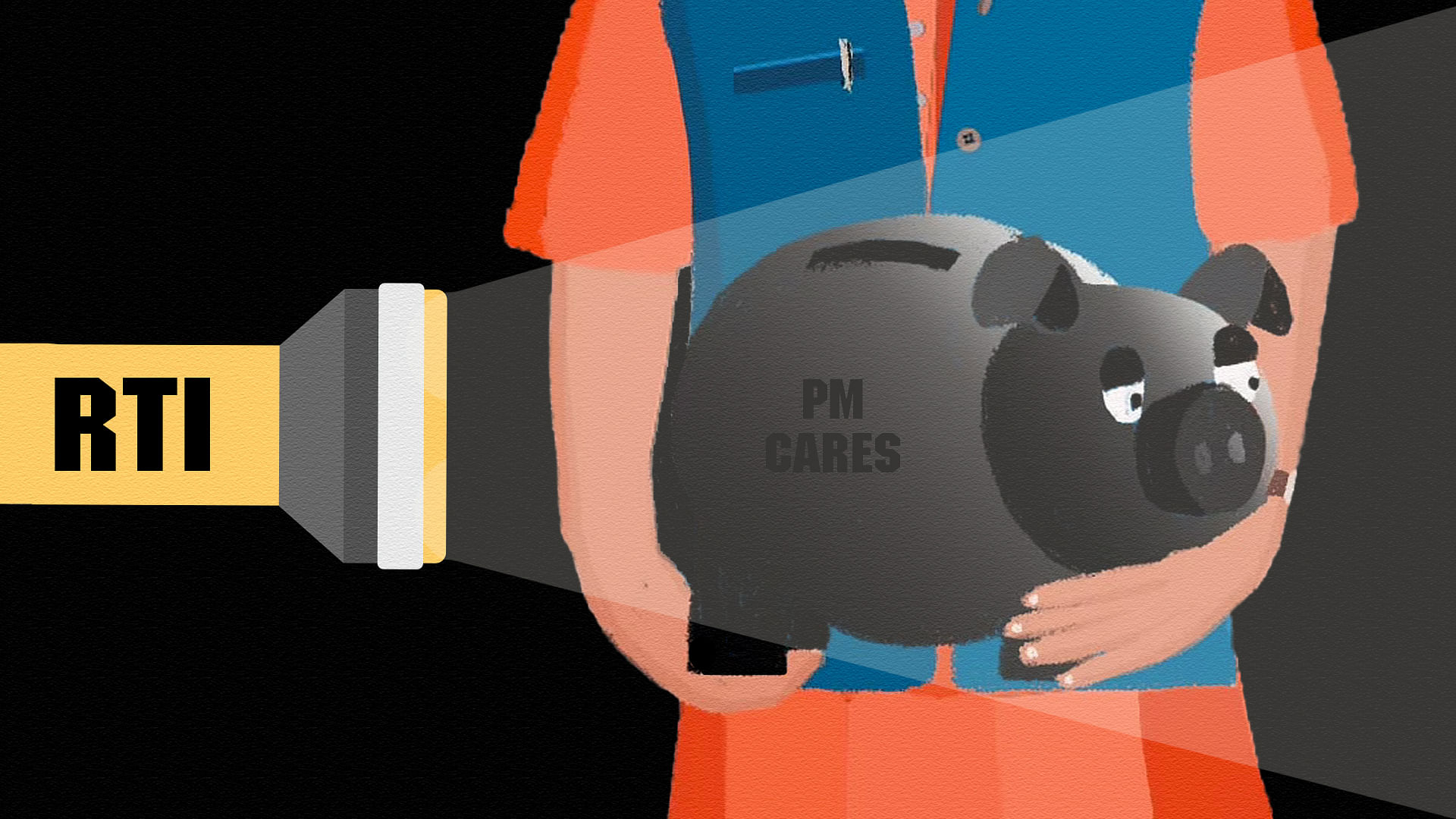