The Standing Committee on Communications and Information Technology also said that the Press Council of India needs to be restructured.

The Parliament’s Standing Committee on Communications and Information Technology has recommended the formation of a media council to overlook print, electronic and digital media, Exchange4Media reported. The committee, which is headed by Congress MP Shashi Tharoor, also said that the Press Council of India needs to be restructured.

The recommendations are part of a report titled ‘Ethical Standards in Media Coverage’, which was presented in Parliament on December 1.

According to the 73-page report, the “committee are of the firm opinion that PCI needs restructuring to cover all types of media” and “the ministry should explore the possibility of establishing a wider media council encompassing not just the print media but the electronic and digital media as well, and equip it with statutory powers to enforce its orders where required”.

According to a report by the Indian Express, the committee said that regulatory bodies such as the PCI and the News Broadcasting Standards Authority are not as effective, that their “efficacy is limited” and the NBSA, “depends on voluntary compliance with its orders”.

According to Exchange4Media, the committee said that a media council with statutory powers covering all media would “have a holistic view of the media scenario and take appropriate steps to check irregularities, ensure freedom of speech and professionalism, and maintain the highest ethical standards and credibility, which are so critical for the fourth pillar of democracy”.

Apart from this, the committee has also opined that the term “anti-national attitude” used in Rule 6(1)(e) of the Cable Network Rules, 2014 may have caused unnecessary harassment of private channels and recommended that the term be properly defined.

It should be noted that while the PCI is a statutory body, its rules and regulations serve as guidelines for the media, and its advisories can not be enforced in a court of law. Similarly, the NBSA has powers to impose fines on organisations which are its members. 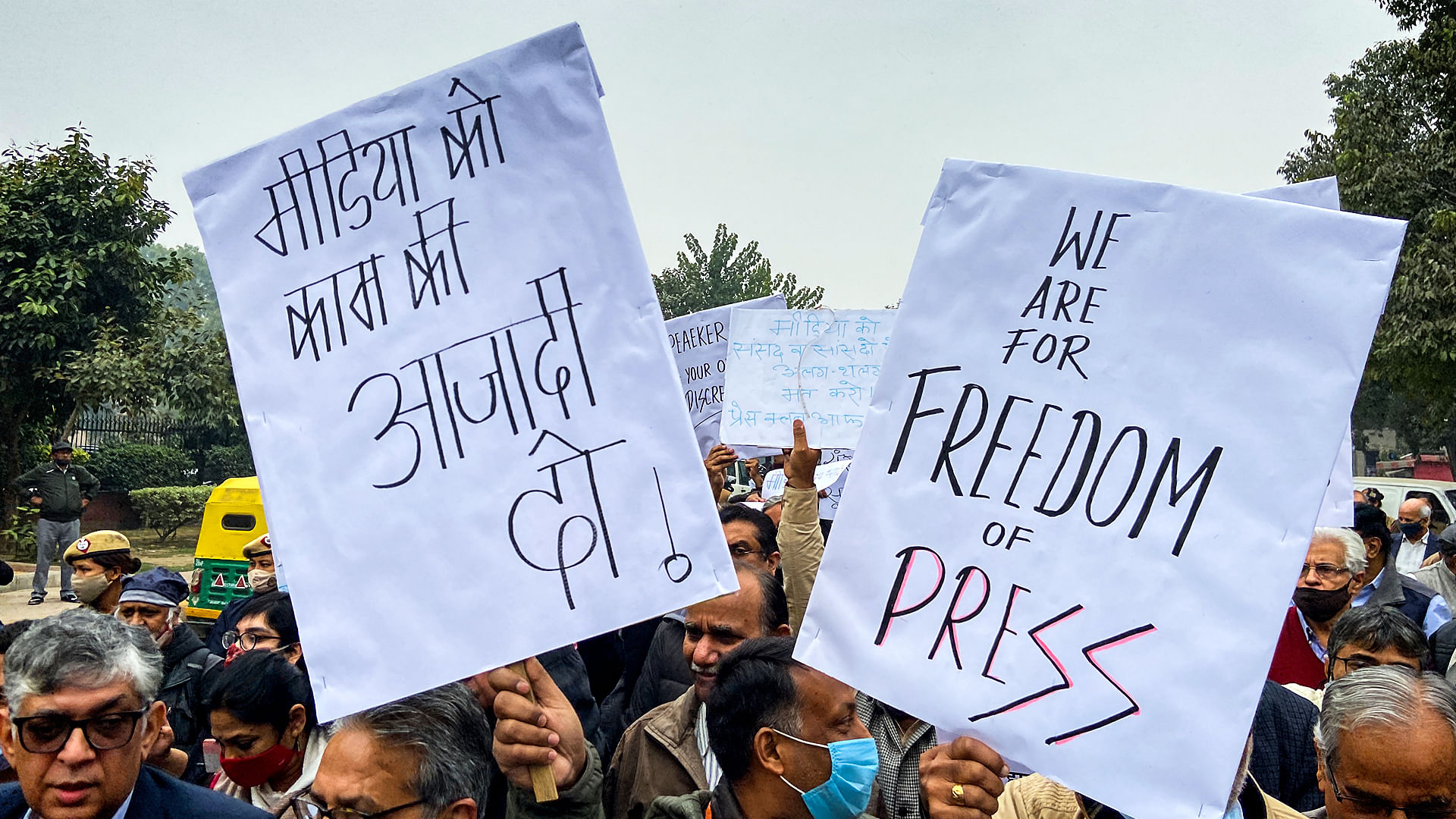 ‘This is a fight to finish’: Journalists take to streets against curbs on parliament entry