Goa will indicate how the 2024 election will go, and TMC and AAP are banking on the Congress’s fading importance.

It may be facetious to say this, but can the Trinamool Congress and Mamata “Didi” Banerjee be accused of “political appropriation”, going by the infuriated accusations made by her secular, non-BJP political opponents, especially the Congress, for daring to go national from being regional?

Consider this: The TMC is considering changing its name for country-wide appeal. And so gungho it is about a serious bid for a national takeover that it is also reworking the party constitution, revamping its organisational structure and national executive, and has set out on a frenzied membership drive – all to give it a national image before the 2024 general election.

More, the TMC is determined to project itself as the “real Congress” and has charged ahead, wooing and luring Congress leaders from Goa to Haryana.

If cultural appropriation means the inappropriate or unacknowledged snatching of a cultural identity, usually of a marginalised group, the TMC here is being charged with jumping into the political arena without the consent or authorisation of the “dominant” Congress party.

The TMC’s national ambition to become the pivotal party in leading opposition unity, overtaking the Congress as the only party with a national footprint, is on full display. Banerjee has made flying visits to meet opposition leaders, most recently meeting with the NCP’s Sharad Pawar and the Shiv Sena’s Aaditya Thackeray. She’s also snubbed the Congress, saying the Congress-led UPA no longer exists, even while there’s a long list of leaders wooed by the TMC from other political parties, who have now crossed over to join it.

Where will all this lead?

In a compelling and striking way, it is the tiny state of Goa that can be the playground and microcosm of the possibilities, contradictions, whimsies and fantasies of the anti-Narendra Modi opposition unity.

And so, in this episode of the Grouse Questionnaire, where opposition parties are asked probing and searing questions and answers given too based on their dealings, strategies and motives, if they are to seriously challenge the NDA government led by prime minister Narendra Modi in state elections and the general election in 2024, we look at the challenges and threats, agreements and compromise that the sparring, competitive opposition parties will throw at each other.

Let us see how this will play out:

Why is the tiny coastal state of Goa becoming significant in opposition unity and politics?

Look at how the political dynamics of opposition confabulations and unity are being played out in the state. The major players are the BJP and Congress. The former has governed the state after breaking the Congress. The latter had pulled in the second highest vote share after the BJP in the last election, but got only 17 seats to the BJP’s 13.

Not surprisingly, there is fear and anxiety among anti-BJP voters that their votes will be splintered to the advantage of the incumbent BJP government. It is also why the air is thick with suspicion and mistrust about the entry of “secular” national parties like the TMC.

Does this mean opposition unity has gone for a toss? Are the non-BJP voters justified in their fears about the AAP and TMC’s disruptive presence?

Funny, but those parties opposed to the BJP are also opposed to each other. Because if these parties have national ambitions and want to move outside their states, then they are bound to cross swords with a national party like the Congress, as the latter will not cede space in the rest of the country for its own survival.

Arvind Kejriwal’s AAP has been in Goa since the last election in 2017, when it got 6.3 percent vote share but lost all the seats it contested, including its deposit in 38 of 39 seats. It did not in any way dent the Congress or the BJP vote share, for that matter.

However, the AAP has tried to show it’s not a one-election number and has stayed on to work in the state, participating in several people’s agitations, from the anti-coal agitation to the most recent hunger fast by its leader Amit Palekar demanding the revocation of all licences given for new buildings in Old Goa’s heritage site.

The AAP’s strategy seems to be “my Hindutva is real, BJP’s is fake” because, unlike the BJP, it claims to believe in religious and caste harmony and inclusivity. It has, therefore, jumped in with religious and casteist fervour in the state. Giant hoardings in Goa boast of the Tirth Yatra scheme, where the AAP has pledged to sponsor pilgrimages for all Hindus to Ayodhya, Catholics to Velankanni, and Muslims to Ajmer Sharif.

The AAP has also declared that the party’s chief ministerial candidate will be from the dominant Bhandari community – which towers with almost 60 percent among the OBCs, who comprise almost 30 percent in the state – while it would make a Catholic the deputy chief minister.

In Goa’s MLA-for-sale bazaar, the AAP has said it will make all candidates sign an affidavit that they will not sell themselves to the highest bidder, and that such a move will invite criminal proceedings.

The AAP has never allied with the Congress, so it has no compulsions of being part of an alliance.

Going by the AAP’s dismal showing in the last election in 2017, will new entrant TMC face the same fate of becoming a pushover?

The TMC, which has allied with both the BJP and the Congress at the centre, has entered Goa with all guns blazing – keenly following instructions and guidelines mapped out by the party’s chief strategist, Prashant Kishor, and his agency IPAC.

Kishor, who leapt to the political stage with Narendra Modi as his first major client in 2013, is using his favourite tactic of shock and awe in the state: blitz through with media hype and set the narrative; pull in celebrities and trusted, influential people from civil society, from environmentalists to lawyers to educationists; liberally poach leaders from other parties or have strategic alliances with them; and become the centre of political talking points.

It’s another matter that Modi had the backing of a national party like the BJP with RSS cadres to back him across the country.

The TMC’s local luminaries include former chief minister and MLA Luizinho Faleiro from the Congress, party district functionaries, prominent environmentalist Claude Alvares, and, as of two days ago, an alliance with the MGP, a former natural ally of the BJP. In the last election, the MGP got only 11.3 percent of votes and won three seats, but it’s now left with only one MLA after the other two left to join the BJP.

The TMC’s credo is “go local” and to splash out with huge resources.

But beyond the hype, is there anything real the TMC is banking on?

Party sources say their internal surveys show that 60 percent of Goans are unhappy with the present Pramod Sawant-led BJP government in the state. And that is a key point of the TMC’s entry in Goa.

Other factors attracting the TMC are, according to a party leader, the declining fortunes of the Congress in the state and to grab that space as quickly as it can. In fact, the TMC says it is not attacking the Congress and stalling the secular, anti-BJP front, but going to states where the Congress is in free fall.

So, has the Congress rolled over and faded out in Goa, as the TMC believes?

To be honest, the Congress is between the devil and the deep blue Arabian Sea in Goa.

The party, which was decisively the frontrunner in the 2017 election as the single-largest party, saw its victory snatched from under its nose by the BJP’s muscle and money power. So much so that it’s now being derided and ridiculed as a weak, uncertain party and leadership by its political opponents. But what should scare the Congress is that if people believe their vote is being wasted on the Congress as MLAs will cross over, then it is in big trouble.

Can the Congress get over its image problem today, which is being hammered in by its opponents?

The Congress believes it is the natural choice for the anti-BJP voter and that it has got the minority, Catholic and Muslim votes on its side. The party is also banking on the secular Hindu vote. In other words, what it hopes will work in its favour is the strategic vote by minorities and non-Hindutva Hindus who are determined to defeat the BJP and its divisive hate politics, apart from a sinking economy, led by Modi and the RSS at the top. So, the Congress is banking on the premise that the voter will back the candidate most likely to defeat the BJP and here, it sees a winning chance for itself.

As the AAP’s misadventure in 2017 revealed, an electorate determined to defeat the sitting BJP government voted for the Congress and not the AAP, even if the latter was desirable, as every vote counts in a small state. Constituencies are small and victories are won on slim margins of barely a thousand votes.

The Congress has also refused to take back defectors to the BJP and is reduced to three MLAs in the house. But it is now committed to introducing young, new faces this election. It’s a gamble but victory lies in the choice of candidates.

What is the BJP’s strategy in the face of a massive wave of anti-incumbency and unpopularity in the state?

Simple and straightforward, and will go back to home minister and party strategist Amit Shah’s toolkit on how to grab victory even if you lose an election: First, give tickets to disgruntled but significant candidates who have been dumped by other parties. Then post-election, smash and grab MLAs and the string of victorious Independents waiting to be bought at the highest price.

Yes, with two powerful regional parties like the AAP and TMC in the fray testing waters, and with the Congress riding with allies like the Shiv Sena and NCP in the state – the Sena can certainly cut into the BJP’s Hindutva votes – it remains to be seen how opposition parties accept each other’s ambitions.

The game has just begun.

Update: The last paragraph has been updated with more information. 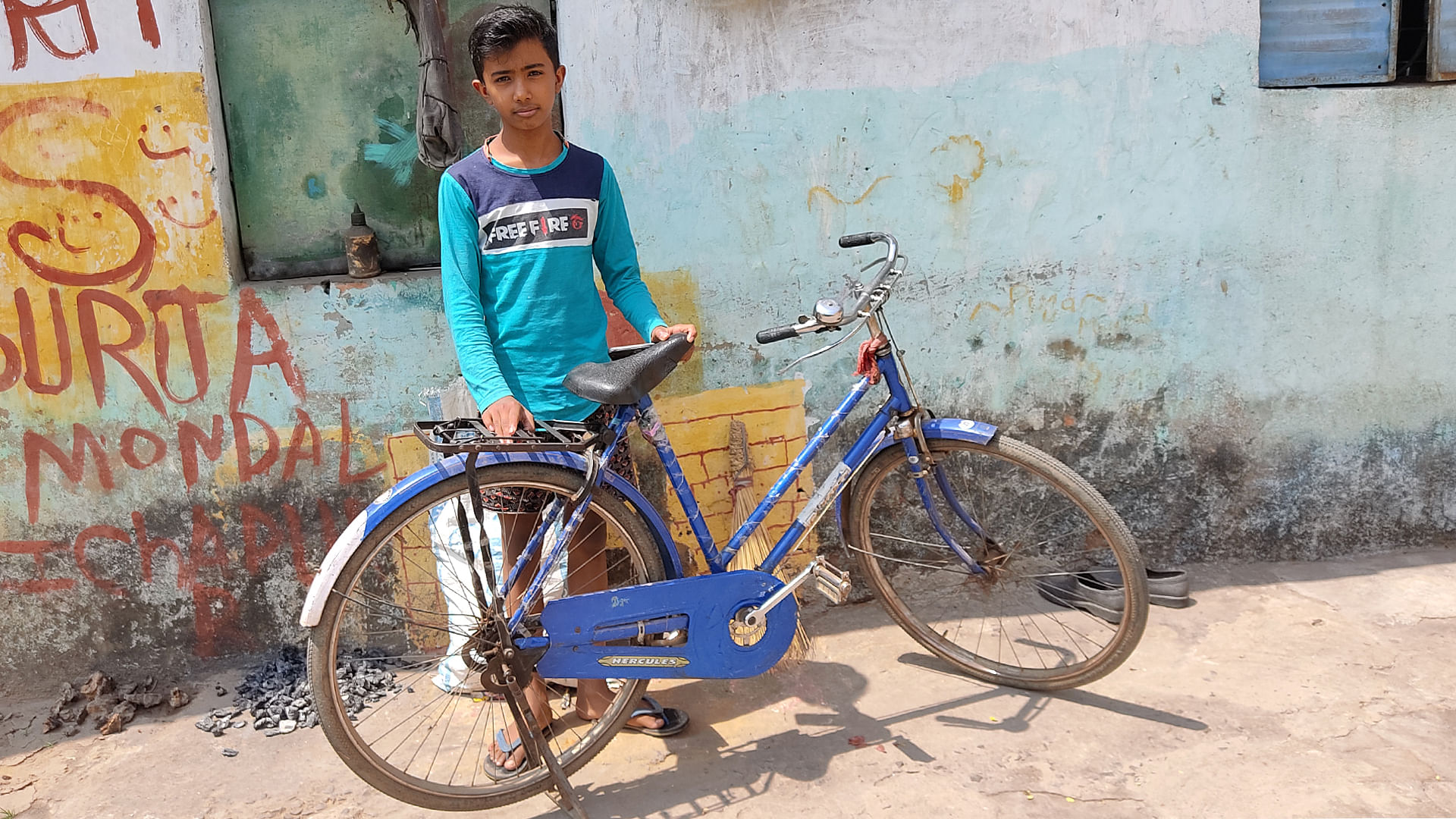 Modi vs Mamata: Who’s winning the contest over pro-poor schemes? 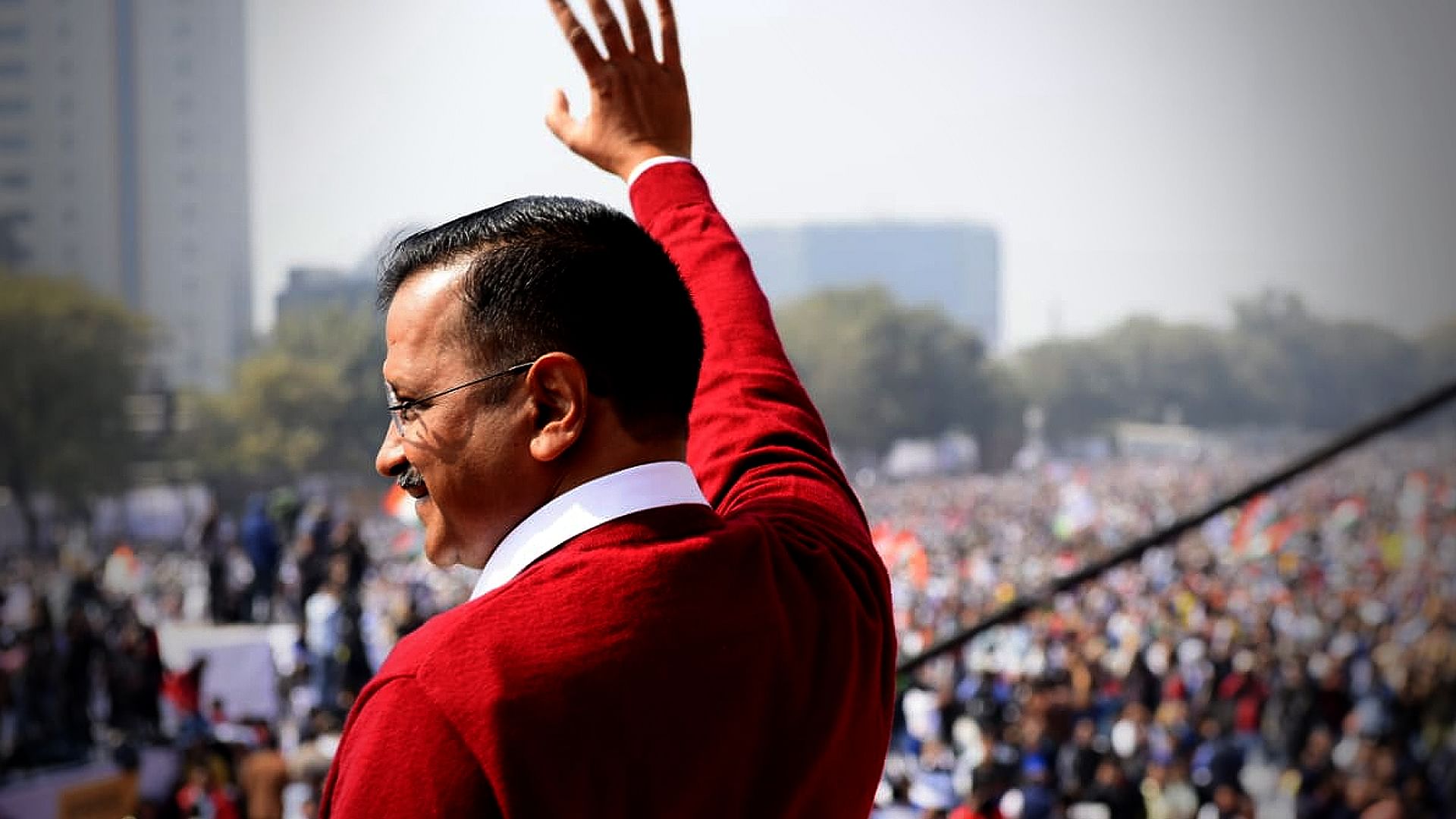