Why did UP STF include BBC, Wire articles in the chargesheet against Siddique Kappan?

Tweets criticising RSS and articles about the demolition of Babri Masjid are part of the 5,000-page chargesheet. How do these connect to the terror charges against Kappan?

This is the eighth part of Newslaundry’s ongoing series on the case against journalist Siddique Kappan. You can read the previous parts here.

Based on an examination of the chargesheet by defence lawyer Madhuvan Dutt Chaturvedi, Newslaundry has learnt the UP police’s special task force has included screenshots of social media posts, including some that show links to articles published by the BBC and Wire Hindi, in the document. The cyber cell found nothing objectionable, communal or casteist in Kappan and the other accused’s social media, which raises the question of why the UP STF chose to add the screenshots to the 5,000-page chargesheet.

The entire chargesheet – a copy of which hasn’t been given to all the three defence lawyers in the case – is split into 21 booklets. The pages with screenshots from the accused’s social media are in part 15.

In the chargesheet for Kappan’s case, there is a letter dated October 18, 2020, sent on behalf of Mathura’s DSP (crime) to the inspector in-charge of cyber cell in the district. A letter from a senior official being included in the chargesheet is unusual.

The DSP’s letter asked the concerned official of the cyber cell to check Facebook and Instagram accounts of Siddique Kappan, Mohd Alam, Atikur Rahman and Masood Ahmed, the four accused named in the first information report (FIR). “If there is anything objectionable – post, video or photo-related to incitement on the basis of caste and religion – that should be made available,” reads the letter.

The response from the cyber cell said, “Atikur Rahman’s Facebook profile mentions National Treasurer, Campus Front of India. No other objectionable, communal or casteist post or video was found. Screenshots of Facebook and Instagram accounts are attached.”

CFI is the student wing of the organisation Popular Front of India, which the UP police has recommended be banned on grounds of having instigated violence. However, the centre chose to defer the ban.

Around 12 pages of screenshots from Facebook pages and Twitter handles have been attached to the chargesheet. These include the following:

While the context for this post is unspecified, on September 29, 2020, a special court in Lucknow under the Central Bureau of Investigation had acquitted all 32 accused in the case of the demolition of Babri Masjid in Ayodhya. These included veteran leaders of Bharatiya Janata Party like LK Advani, Murli Manohar Joshi, Uma Bharti and Kalyan Singh.

In addition to a screenshot showing the bio section in Atikur Rahman’s Facebook page, which states he is the national treasurer for CFI, there are screenshots of three links Rahman had posted on his timeline. One is to a piece published on the Hindi website of the Wire, which is a curated piece based on an interview of Justice Manmohan Singh Liberhan (first published in the Indian Express on October 2, 2020).

Another shows the link to an interview with filmmaker Anand Patwardhan, published on Wire Hindi on October 4, 2020. Patwardhan was speaking about his documentary Ram ke Naam (In the name of God), which examines the 1992 Ram Mandir campaign in Ayodhya. The third screenshot shows a link to another interview of Justice Liberhan, this time published by BBC Hindi on October 1, 2020.

While the DSP’s letter asking the cyber cell to scrutinise the accused’s social media was written in October, another daily diary entry dated November 5, 2020, also mentions an “analysis of social media dump of the accused”, but this is by the Forensic Science Laboratory in Agra.

The chargesheet notes that the investigation agency had reached out to FSL and asked for an analysis of a “social media dump”.

“The accused were asked to get their social media accounts scrutinized after being informed about the aim of investigation,” notes an investigating officer in the chargesheet. The accused shared the following with the investigators:

“But when the team asked them to share passwords of their social media accounts, the accused didn’t cooperate saying that they can’t recall,” said the investigating officer.

There is no daily diary note accompanying the 12 pages of screenshots, so it’s not clear why the UP STF included tweets by CFI’s general secretary Rouf Sharif, former editor of the newspaper Thejas Daily P Koya, and PFI member Masood Ahmed. The STF has taken Sharif into custody for allegedly securing funds from foreign countries “to aid illegal activities of PFI”.

Among the screenshots of tweets is one dated September 25, 2020, by Sharif which reads: “Delhi genocide charge sheet is an RSS [Rashtriya Swayamsevak Sangh] script to stifle the voice of dissent. Condemn the move to falsely implicate the people who stand against the fascist government.”

A tweet, dated October 9, 2020, by Koya reads, “#SiddikKappan and 3 others are now under judicial custody for allegedly travelling to the village where a Valmiki girl was gangraped and brutally starngled by savarna goons. It shows a deranged sanghi can go to any extreme to save his thick skin.”

Among the tweets by Ahmed that have been included in the chargesheet is one from from January 2, 2020, which says, “For empowerment #WeSupportPFI.” Another tweet, posted on August 15, 2020, reads, “Freedom from RSS is not a crime.” In his Twitter bio, Ahmed describes himself as “Journalist/Activist/Student JMI/Muslim/Social Worker”.

The UP STF has not explained how tweets criticising the RSS, which is closely affiliated to the BJP, may be considered incriminatory or evidence of a conspiracy.

“The accused is saying that he can’t recall the password but when with the help of Facebook ID, his timeline was surfed, there are photos from 2017 meeting of PFI, a post related to recovery of weapons from BJP office in 2017, another post related to re-construction of Babri mosque, a 2018 post about Syria and a post against Delhi Police dated 14 June 2020 were found,” said the investigating officer in the chargesheet.

On March 1, 2021, defence lawyer Madhuvan Dutt Chaturvedi moved an application in Mathura on behalf of Khan. “The applicant is apprehensive that his ID will be tampered with and therefore this is to request the investigating officer to refrain from indulging in procurement of such fictional evidence.”

Investigative agencies are within their rights to show selected social media posts, but there is no clarity as to what the UP STF intends to establish with the screenshots that it has included in its chargesheet.

Krishnesh Bapat, CCG Fellow at the Internet Freedom Foundation, said, “The investigative agencies may rely on these posts even if they are not incriminatory. The law only requires the posts to be relevant to the proceedings. For example, in case the posts adduce motive to commit the alleged offence, they are relevant.”

While clarifying that his comment was not on whether the social media posts in Kappan’s case are relevant, Bapat added that the admissibility of these screenshots as evidence depends on the investigative agency being able to produce a certificate under section 65B of the Indian Evidence Act. According to this section, the UP STF would need to “attest that the computer from which they obtained information was working in a proper manner and the information on that computer was fed in ordinary course.” 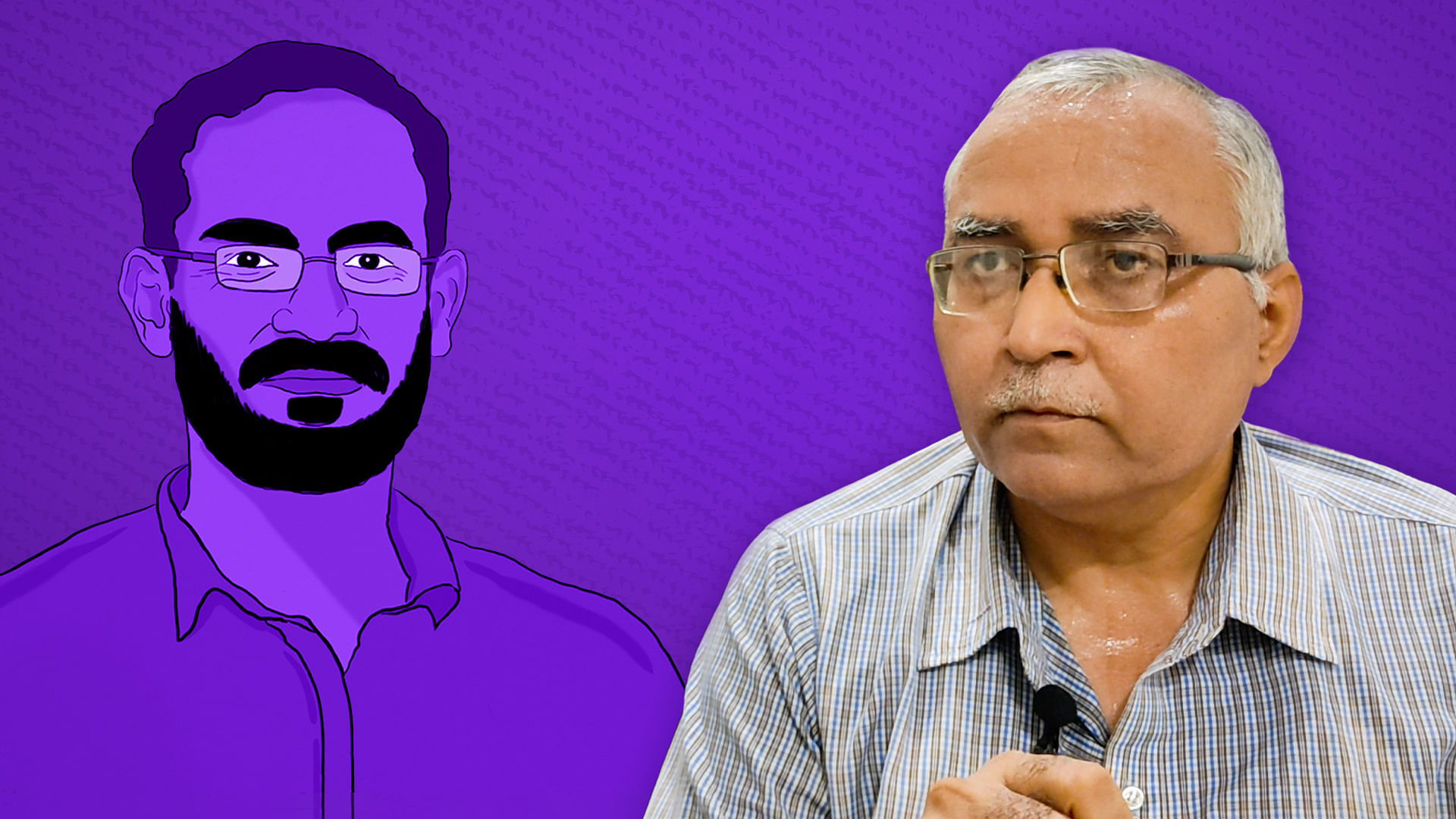