The government has asked for a probe into complaints against a webpage, where unidentified individuals uploaded doctored images with comments targeting Muslim women, the Indian Express reported. The webpage﹘called bullibai.github.io﹘was hosted by internet hosting platform GitHub and held fake “auctions” using pictures of women.

The matter came into attention on January 1 when Delhi-based journalist Ismat Ara, who was targeted by the page, flagged it on Twitter, triggering outrage on social media. The journalist had shared a screenshot of the app that showed an image of her with the comment “your bulli bai of the day”. In her complaint to the police, she claimed that ‘bulli’ is a derogatory term for Muslim women and that the website seems to have been designed intently to embarass and insult women from the community.

The journalist had reportedly filed a complaint with the Delhi Police cyber cell in south east district. Separate FIRs have been filed in Delhi and Mumbai.

Speaking to Newslaundry, Ara said, “This picture goes around, people circulate it…I'm on the field a lot…it's an added layer of threat and risk when you go out on field and there is an image that is circulating around.” Asked if she had received any information from the police on the progress of the case, Ara said that she had not. “I am hopeful that this time around, Delhi Police will take action and they will do something to end this.”

This is not the first time that a platform like this has been uncovered. Last year in May, a YouTube channel called “Liberal Doge” had started a livestream where photographs of Pakistani women were shown without their permission. The audience of the channel went on to “rate” and “auction” these women to each other and posted sexually charged comments on their appearance.

In July, Noida and Delhi police lodged FIRs against an app called “Sulli deals” which also hosted similar “auctions” using pictures of several journalists and activists, without their permission. But there has been no progress in the investigations.

On Sunday, NCW, responding to a journalist’s tweet that the virtual sexual harassment of Muslim women was a “new version” of the earlier targeting, tweeted, “The process must be expedited so that such crime is not repeated…The action taken in both the cases must be apprised to the Commission at the earliest.”

Union Minister for Electronics and Information Technology Ashwini Vaishnaw had earlier said that GitHub had blocked the user behind ‘Bulli Bai’ and Cert-In and police were “co-coordinating further action”. He also said the government was “working with police organisations in Delhi and Mumbai on this matter”.

The Mumbai Police has booked certain Twitter handles that had put up similar content on charges of stalking, defamation, promoting enmity, and posting lewd comments. Twitter has suspended an account that had been sharing links to the app.

The journalist, in her complaint to the police on Saturday, had said, “I was shocked to find out this morning that a website… had a doctored picture of me in an improper, unacceptable and clearly lewd context. I am often the target of online trolls and this seems to be the next step in such harassment. This needs immediate action as the same is clearly designed to harass me and other similarly situated independent women and journalists.”

“As a law abiding citizen of this country and as a Muslim woman, I am deeply disturbed by the alleged tweet, which is headlined as ‘your bulli bai of the day’ and is accompanied by the doctored photograph. Social media being a form of public expression cannot be used to demean and derogate women in general and Muslim women in particular by misogynist sections of society. This is nothing short of online harassment and the referred tweet for criminal action.”

Maharashtra Minister of State for Home (Urban) Satej Patil wrote on Twitter, “Digital platforms like these are rife with misogyny and communal hatred aimed at women. This is very disturbing and shameful. Maharashtra Govt. is taking strong actions against such platforms. I have instructed @MahaCyber1 for the same & they are on it.” 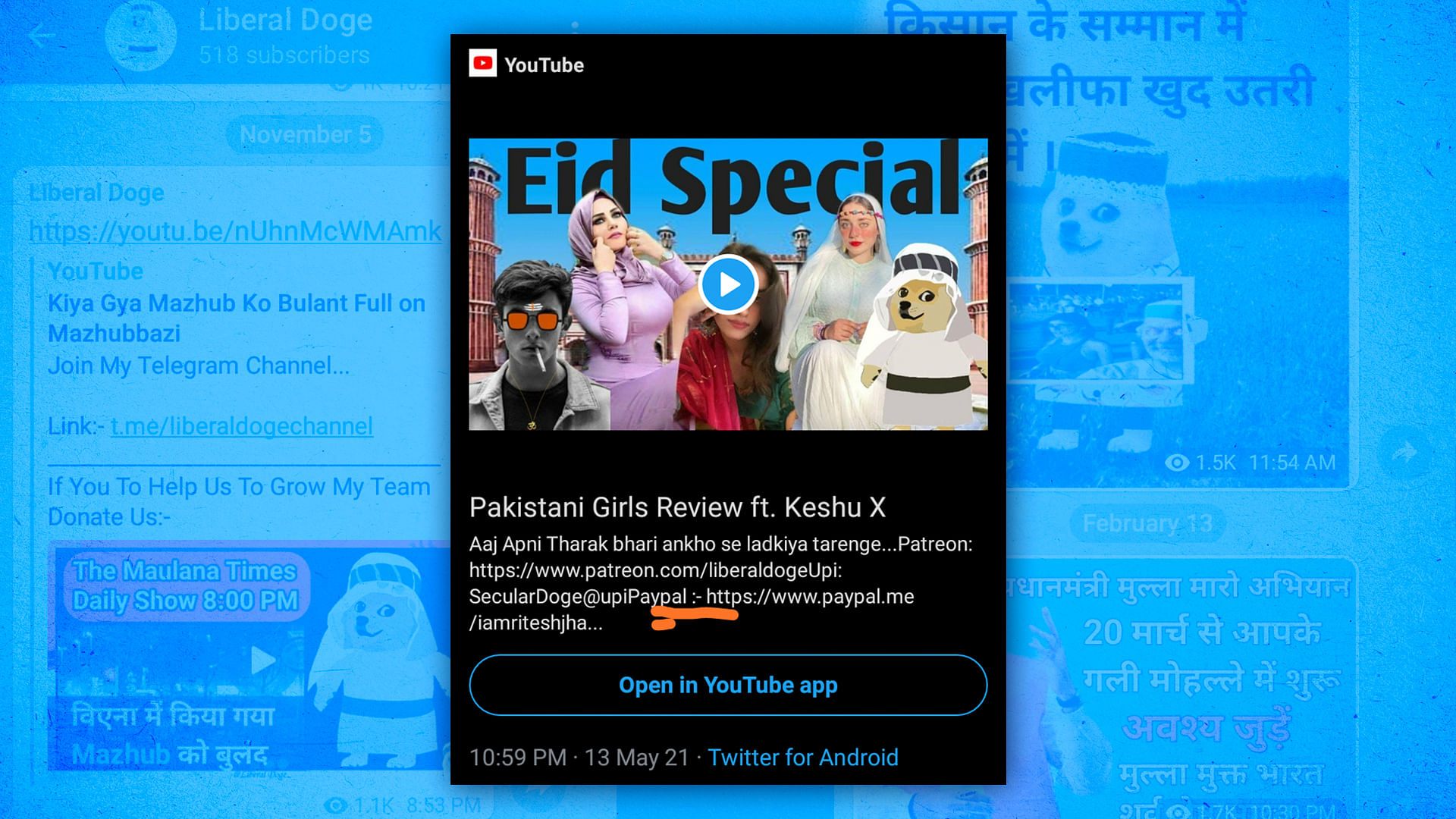 Ritesh Jha aka ‘Liberal Doge’: The man behind the livestream spewing hate against Pakistani women