By letting states and private hospitals buy directly from manufacturers at substantially higher prices, the new vaccine policy can only exacerbate problems.

The financially stretched state governments stare at a massive expenditure for the Covid vaccination drive as the second wave of the pandemic sweeps the country, claiming the lives and livelihoods of millions. The raging pandemic has left in its wake a severe shortage of vaccines, medicines and oxygen.

The BJP government’s move to herald a liberalised and accelerated vaccination strategy from May 1 – making vaccine pricing, procurement and eligibility flexible – has thrown a gauntlet to the already challenged state exchequers.

As I had previously written in Fortune India, New Delhi has claimed that the flexible pricing policy given to vaccine manufacturers will ensure more production. But state governments fear that the inequity in pricing and expansion of the demand base to encompass all adults will derail the already chaotic vaccination drive amid a severe shortage.

The devastating second wave has exposed India’s inadequate healthcare system, overwhelming the hospitals and mortuaries. India reported 3,32,518 fresh cases of infections on April 22, accounting for 36 percent of the world total. It has eclipsed every daily peak reported by other countries since the start of the pandemic. The country reported a daily death toll of 2,257 taking the total tally to 1.87 lakh.

The panic-stricken central government had taken a few decisions in quick succession, some being a complete reversal of its earlier stance.

On April 19, it decentralised the vaccination strategy and told the state governments and private hospitals to procure vaccines directly from manufacturers and importers, at a cost. It opened up the private market to help manufacturers incentivise their production. The government also approved a payment of about Rs 4,500 crore as advance to the two vaccine makers against future supplies, by relaxing bank guarantee rules. It also made everyone above 18 years eligible for vaccination.

A few days before, on April 16, the government fast-tracked the use of foreign-made vaccines, such as those made by Pfizer, Moderna, and Johnson & Johnson, that are already cleared by the World Health Organisation or regulators in the US, UK, European Union and Japan. It allowed pharma companies to bypass the mandatory clinical trials and told them to undergo a brief bridging study – meaning vaccines will be first given to 100 beneficiaries and they will be assessed for seven days for safety outcomes – under the new fast-tracked approval process.

On April 13, the government approved the Russian vaccine, Sputnik V, for emergency use in the country. Early this year, the vaccine maker had signed production deals with around a dozen vaccine contract manufacturers with idle capacity in India, and is set to produce 1.5 billion doses of the vaccine annually, much more than the combined production of the two others: the indigenously-developed Covaxin by Bharat Biotech and Covishield, developed by Oxford-AstraZeneca and mass-produced by the Serum Institute of India. Sputnik V is the third vaccine to be available in India.

The three sets of decisions came at a time when the healthcare infrastructure in several cities teetered on the brink of collapse. The state governments had sought more supplies of vaccines as they struggled to handle the increased demand amid the raging pandemic. As of April 22, the number of sites conducting immunisation dropped to 65,133 across the country from over 1 lakh centres operational in February-March. More centres are facing a shutdown as a severe shortage in vaccine supply looms large.

When the daily demand at 10 million doses far exceeds the supply (Serum’s 2.4 million doses a day and Bharat Biotech’s 0.6 million, both claimed by their respective spokespersons), the mad scramble is unavoidable.

All the government’s decisions seem like knee-jerk reactions to the fast-spreading pandemic. It had not allowed the private market so far but did nothing to ramp up the production of vaccines in the country. Even when Russia swept up all idle capacities in India to manufacture Sputnik V, the government failed to see the devastation that the second wave had wreaked in other countries and act accordingly.

As per the government circular, starting May 1, vaccine makers will supply 50 percent of their monthly Central Drugs Laboratory-released doses to the central government and will release the remaining 50 percent doses to the state governments as well as in the open market at a pre-declared price. Private vaccination providers have been told to transparently declare their self-set vaccination price. There is no ceiling set on the price.

Kerala’s finance minister Thomas Isaac was the first one to raise his voice.

Central Govt has abdicated its responsibility of ensuring universal vaccination. The new policy will create serious strain on state finances, chaos in vax procurement, escalation of prices and exclusion of the poor. Net result would be prolongation of the calamity.#VaccineForAll

In another tweet, he said that for the centre, spending Rs 80,000 crore for a universal vaccination programme was “much less costly” than risking yet another economic recession by prolonging the second wave of Covid.

Penny wise, pound foolish- the best way to explain new Vaccine Policy of Centre! Spending â¹80000 for a universal vaccination programme is much less costly than risking yet another economic recession by prolonging the Second Covid Wave.#vaccineForAll

The state governments want to make their vaccinations free of charge. But it comes at a cost.

“We have decided to vaccinate all above 18 years free of cost,” Uttar Pradesh chief minister Adityanath said in a statement. “The state government will take forward the vaccination programme with its own resources.”

For Uttar Pradesh, which reported a late surge in numbers, the cost of vaccination for half its population will cost around Rs 8,000 crore at Rs 400 per dose. For the state, which targets a fiscal deficit of Rs 90,730 crore (4.17 percent of its GSDP) in the current financial year, the free vaccination drive will prove to be an additional strain.

Assam’s health minister Himanta Biswa Sarma said the government has already placed an order for one crore doses of Bharat Biotech’s Covaxin. “Assam will give free vaccines to everyone from 18-45 years,” he tweeted. “The Government of India is giving free vaccines for 45+. Funds collected in Assam Arogya Nidhi last year shall be utilised for procurement of vaccines.”

Maharashtra is yet to take a call on offering free vaccines. “We have decided to cut the expenses of all departments and divert the funds for vaccine procurement. We will not limit our plans only to the two vaccines that are manufactured in the country,” Maharashtra health minister Rajesh Tope said. The state is planning to bid for Sputnik V, Pfizer and Moderna if they are available, Tope said.

A back of the envelope calculation indicates that the state may have to shell out around Rs 5,000 crore to administer two doses to half its population, hoping that inoculating the remaining half will be paid for by the central government. In March, state finance minister Ajit Pawar had announced a Rs 12,500 crore package for health-related institutions in the state budget, with Rs 7,500 crore being spent over four years on upgradation of health institutions and Rs 5,000 crore for improving the quality of health services in municipal councils and nagar panchayats. Under the schemes, the plan was to spend Rs 800 crore each in the financial year 2021-22. The cost of vaccination will be an add-on expenditure.

Several state governments have criticised the new central policy for vaccinations. In a letter addressed to prime minister Narendra Modi, Kerala chief minister Pinarayi Vijayan sought a rejig of the policy. He said the states have a constitutional obligation in the health sector and do need an assured quota of vaccines to be provided free in the pandemic situation.

Maximum vaccination is required to crush 2nd wave of #COVID19. Requested @PMOIndia to reconsider new policy on vaccine distribution so that availability is assured & no additional financial burden is incurred, enabling States to perform constitutional obligation in health sector. pic.twitter.com/sEE6dpGzpE

“The state governments are already facing additional financial commitments from the consequences of the pandemic,” he wrote. “...the additional burden of purchasing Covid vaccine will place considerable strain on state finances.”

The open market distributors, he said, may be permitted to have a specified quota of the vaccines, for which an affordable price has to be fixed so that unscrupulous players do not exploit the public.

Brinelle D’Souza, a senior faculty at the Centre for Health and Mental Health at the Tata Institute of Social Sciences, called it a highly regressive policy.

“It will inflict a serious cash burden on the state finances,” she said. “It will lead to a rise in vaccine prices. This will exclude millions from voluntarily coming forward to vaccinate themselves. This needs to be opposed by the states.”

D’Souza, who is also the co-convener of the Jan Swasthya Abhiyan, an NGO working in public health, said the new policy will allow the government to use the bargaining between state governments and vaccine manufacturers to hide its own failure at planning for vaccines.

“It is essentially a gift to the private vaccine makers with the attendant financial burden seamlessly passed on to the citizens,” she said. “The vaccination programme of the country is in danger of getting completely privatised.”

Bhramar Mukherjee, a biostatistician and a professor of epidemiology at the University of Michigan, said, “We need to scale up vaccine manufacturing and supply, working with domestic and international partners. We need to make sure people get their second dose within the allowable time frame. India already has issues with vaccine adherence; if scheduling second shots for elderly becomes even more complicated when younger people are eligible, that will be detrimental to protecting the most vulnerable.”

Right now, only 1.3 percent of the population has received two doses and eight percent at least one dose. “We have a long way to go,” Mukherjee said. “When you have a shortage of supply, increasing the demand base immediately may not be wise.”

D’Souza believes the central government will wash its hands off the issue if there is a shortage of vaccines after May 1 as everyone flocks to vaccination centres.

The looming worry is that the vaccination drive may stretch out beyond a year, something that India can ill-afford. 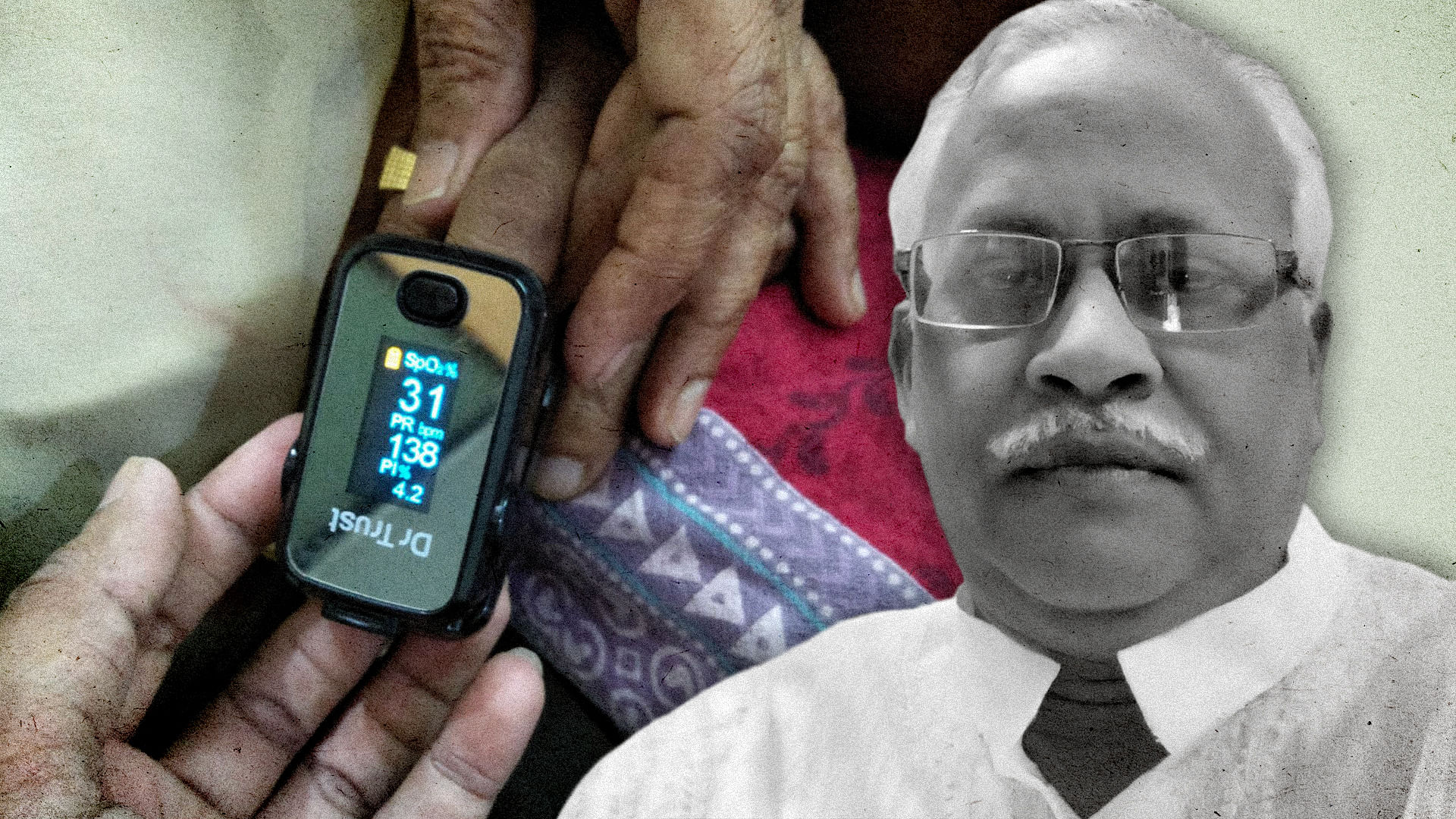