At two lodges in the district, many students have left out of ‘fear’, weeks after police action over a protest.

“Kaise haar jaun main takleefon ke aage, meri tarakki ki aas mein maa kab se baithi hai (how can I submit to difficulties, my mother is waiting for my success),” reads a quote scribbled below the poster of a khaki-clad man inside a room, on the second floor of a lodge in Prayagraj, where Bholu Yadav has been living for a year.

“Students rushed inside when the police came. Even if we were studying inside the room, they (police) stormed inside and began beating everyone with lathis,” says Yadav, a 23-year-old resident of Azamgarh living at the Pankaj Mishra Lodge in Chota Baghara.

Newslaundry visited two lodges in Prayagraj where many students have left their rooms out of “fear”﹘weeks after police action amid protests over railway recruitment exams. The police action had come on January 25 when some students were protesting at the railway tracks nearby against alleged irregularities in the NTPC RRB exam results. As police tried to disperse the protesters, some ran towards lodges inhabited by mostly students living in single rooms. Six police officials were suspended over the incident.

Yadav has decided to stay back since he wants to focus on his studies and is still waiting for the result of an exam for the post of jail warder, conducted in 2019. “Any government should prioritise jobs as an issue,” he says. But it comes with a burden.

Sharing a room with another person means that the total rent of Rs 2,100 is split, and there is a monthly coaching fee of Rs 7,000. “I come from a farmers’ family and so everyone has pinned hopes on me getting a government job,” says Yadav, who has written four exams so far.

Like Yadav, there are hundreds who come to the city each year, in search of a better future. In The Last Bungalow: Writings on Allahabad, author Arvind Krishna Mehrotra explained how the city has undergone a massive change since the colonial era, with the advent of railway and post offices bringing opportunities and people from different regions. Today, Prayagraj is pockmarked with coaching institutes in almost every lane. But the uncertainty about rozgar persists.

Parties, promises, and ‘tortoise back in shell’

A few kilometres away from Yadav, at the Sonkar Lodge, Ravindra Pandey points to a hole in a window, now covered with newspaper. “The way terrorists are weeded out, students were treated in a similar way that day by the police,” says the Amethi resident who has been preparing for recruitment exams since the last six years.

Girish, another student preparing for civil services, had appeared for the NTPC RRB exam but had nothing to do with protests and was lathicharged on January 25. “Just like a tortoise goes back into its shell, the same can be said for claims and promises about jobs,” he says about promises by political parties of creating jobs if voted to power in UP.

Rajesh Sachan, a local activist and convener of a student-led platform known as Yuva Manch, had to spend five days in jail after the NTPC RRB protests – he was named as main accused in an FIR over the agitation.

On January 25, after the videos of violence by police inside students’ lodges went viral, Sachan had convened a meeting of students via Google Meet to figure out a plan to offer aid to those who had been injured. Later, he sent the video to NHRC and tweeted about the same tagging the Prime Minister’s Office. “Probably the fact that I had sent the video to NHRC, didn’t go down well with the police,” says Sachan, who last year sat on a 120-day protest against unemployment outside Girjaghar in Prayagraj.

A delay in the examination process, often mired with paper leaks and irregularities, means that some may exceed the age limit over the years.

Awanish Kumar Pandey, convener of the Pratiyogi Chatra Sangharsh Samiti, has been at the helm of protests demanding a CBI probe into UP PCS exam since SP leader Akhilesh Yadav’s tenure. He got support from the likes of BJP leaders such as Keshav Prasad Maurya who joined the protests between 2014 and 2017. While Maurya became deputy CM, Pandey has exceeded the age limit for recruitment exams and is now dependent on tuition for a living. “Our fight will continue till those who have snatched the rights of youths stay part of the system.”

University of Allahabad emerged as education hub in eastern UP.

UP govt claims vs reality

Over the years, the University of Allahabad, once known as the “Oxford of East”, has emerged as a hub of education in eastern Uttar Pradesh. Thousands of students from neighbouring districts, mostly from the Purvanchal region, migrate to Prayagraj every year.

Sumit Gautam had come to the city to finish his graduation and LLB in 2012, but it has been an arduous journey to land a job since then. On January 3, 2022, he was part of a group of students who protested in Lucknow demanding that 97,000 vacancies of primary school teachers be filled soon.

“There is corruption in almost every other exam. In a recent exam held for teachers’ recruitment, more than 90 questions were repeated from an exam conducted in 2017,” he says.

In a report-card released last year, the Yogi Adityanath government claimed that the state has given 3.5 lakh jobs on a permanent basis and another 4.5 lakh jobs on contractual basis. A full-page newspaper ad in July 2021 on behalf of the UP government promised that authorities are in the process of filling another set of 74,000 vacancies.

Student leaders, however, contest such claims. Sunil Maurya, who has been associated with the student wing of CPIM(L), told Newslaundry, “As per our estimate, there are around 25 lakh vacancies in different government departments. If the state government is claiming to give around 5 lakh jobs, why don’t they release the break-up?”

Satyam Kushwaha, member of Congress’ student wing, NSUI, has been slapped with dozens of FIRs in the last two years. He claims this happened after the students’ groups began organising protests against unemployment. “Anyone who asks this government about jobs is welcomed with lathis. At the age of 21, I have around 16-17 cases filed against me,” he says.

In the backdrop of a polarised poll campaign, will unemployment be a relevant electoral issue?

“This government has been completely useless. Not a single vacancy for junior engineers has been advertised in the last few years,” says Akash Kumar Dubey, an engineering graduate. “I would prefer Akhilesh (Yadav) as he himself is an engineer and might understand our problems.”

Siddhant Pandey, another student preparing for competitive exams since the last four years, thinks “unemployment is never going to be an issue because politicians always want us to stay divided on issues of caste and region”. “They would prefer youths holding a flag and roaming around.” 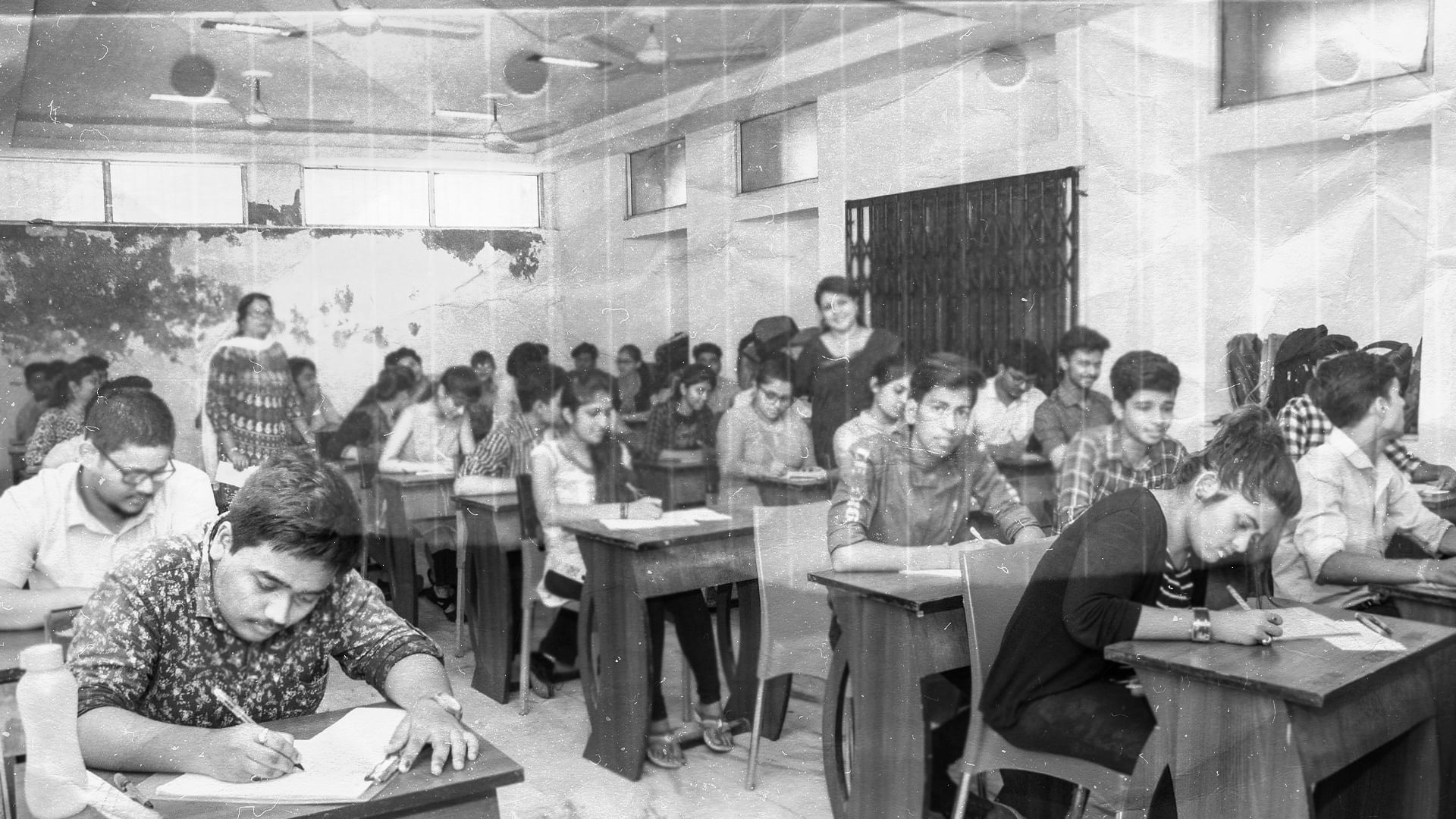 ‘How can the government play with our career?’: Aspirants for various government jobs are anxious about delays