Is it harder to do journalism under Congress than BJP in Chhattisgarh?

Journalists in the state claim the Bhupesh Baghel government is more willing to slap cases against them for critical reportage.

ByAyush Tiwari20 Jul, 2022
bookmark_add
The instinct to trouble independent journalists is in the nature of politics, says Kamal Shukla.

Kirgapati is a village 12 kilometres outside the town of Kanker in Chhattisgarh. It is cut off from its neighbouring hamlets by a brook that gushes through the emerald green landscape during the monsoon. In 2012, the bridge on the brook fell apart. Since then, every year, Kirgapati’s Adivasi residents put together a makeshift bridge on it, mostly with wood and hay.

For Sachin Yadav, 26, a local reporter, this is an essential story. Based in Kanker, Yadav is a hawker-turned-journalist who reports on governance in Chhattisgarh’s Bastar region. Yadav brought his phone and mic to Kirgapati, where, with the help of a friend, he recorded a video interview with the villagers. “The ration does not reach our village very often,” the sarpanch told him, “we have approached the MLA, but the bridge hasn’t been built in a decade.”

“It is a little tough to report here,” Yadav told Newslaundry after he finished the interviews. “There is a lack of infrastructure. Like locals, one has to cross rivers, climb mountains and walk for kilometres to pursue a story.”

The hardship, however, is not only in how to do a story. Yadav adds that one has to think about what happens after the story is done. Earlier this year, he travelled to a village called Kalmucha and collected inputs for a story for a TV news channel on how villagers still depend on a well for water. “The channel’s regional head told me that there was pressure on the channel to drop the story because it was critical of the state government,” Yadav claimed. “They also wanted to end my arrangement with the channel as a stringer. That did not happen, but the channel gave me a warning.”

This fallout of the story was a lesson for Yadav. “One has to be careful,” he said. “The Congress rank and file here behave like a bunch of goons.”

Yadav’s allegation has some precedence. In September 2020, journalist Kamal Shukla, Yadav’s mentor and editor of the weekly magazine Bhumkal Samachar, was brutally attacked by suspected Congress workers for reporting on illegal sand mining in Bastar.

“It had a chilling effect,” said Tameshwar Sinha, 30, a Kanker-based reporter. “Kamal was targeted not only because of his work but also because he mentors young reporters. The attack on him was a message for all of us.”

Tameshwar Sinha, 30, is an independent journalist in Kanker.

All talk and no walk

In March, the Bhupesh Baghel government had journalist Nilesh Sharma arrested for a piece of satire against the government. Last October, two journalists in the state were arrested for a “baseless report” on Congress leaders. The Congress machinery in Chhattisgarh has of course had practice. In 2020, after Republic TV editor Arnab Goswami taunted Congress leader Sonia Gandhi on a primetime show, the party’s functionaries boasted of filing 101 FIRs against him in the state. Most recently, the state police arrived in Noida, Uttar Pradesh, to arrest Zee anchor Rohit Ranjan after his misleading segment on Rahul Gandhi.

Such trigger-happiness is odd when juxtaposed with utterances of chief minister Baghel and other Congress leaders. In June 2019, Baghel told a gathering of journalists that "everyone should have freedom of expression", especially for “expressing an opinion”. Last December, Rahul Gandhi told the press that “if there will be injustice or violence against you, then I will always be with you in future”.

In 2018, the Congress claimed that it would introduce a law to protect journalists if it came to power in Chhattisgarh. It won the election and in 2019, when local journalists did not hear about the law for a year, they staged a protest. The government moved swiftly and a committee was set up to draft the law, headed by a retired Supreme Court judge. The judge, Aftab Alam, spoke to journalists to collect suggestions, but once again, as 2020 dawned, officials went silent. After Shukla was attacked later that year, the state government claimed that the draft would be tabled in the assembly in the coming season. That has not happened in two years.

An official in the Chhattisgarh government told Newslaundry that the law to protect journalists is not delayed but is under review as the due process requires. “It is currently in a committee of senior secretaries,” the official said. “After which it will go to the cabinet. We're following the process. It will be introduced in the legislative assembly in the coming session.”

The monsoon session is set to begin on Wednesday and conclude on July 27.

Kamal Shukla is the editor of Bhumkal Samachar, a weekly magazine, in Chhattisgarh.

For Sinha, the Congress government under Baghel treats journalists no differently than the previous Bharatiya Janata Party government under Raman Singh. “Journalists are still slapped with cases by the police for their work, and there is still pressure on local reporters to toe the line,” he said. “And reporters are under pressure because media organisations are under pressure.”

On July 1, the news found no mention on the front pages of the Raipur editions of Dainik Bhaskar, Naidunia and Patrika, the state’s prominent Hindi dailies.

For Chhattisgarh journalists, these are typical signs of the state’s “Dau media”. “The Congress had cultivated its own loyal section in the media in Chhattisgarh – it is called ‘dau media’, like Modi’s ‘godi media’,” Kamal Shukla, 55, told Newslaundry. The word “dau” is a reference to Baghel, and it means an elderly relative in Chhattisgarh. “In my estimate, the Congress has persecuted more journalists in the last four years than the BJP did in 15 years in power. More than a hundred cases have been slapped against reporters since 2018. There is immense pressure on journalists here.”

‘They plant cases against you’

Susheel Sharma has been a journalist in Chhattisgarh (and undivided Madhya Pradesh) for four decades. He’s editor of Bastar Bandhu, a 27-year-old daily published from Raipur. In February 2021, Sharma, 62, spent nine days in prison. “It was for my reports on how an advisor of the CM misused his influence to get government positions for his friends,” he told Newslaundry.

In May 2020, Sharma had reported on how Anuradha Dubey, a dance teacher and the wife of journalist Rajesh Dubey, was given an official position in Chhattisgarh tourism board despite lacking qualification. “Rajesh is close to Ruchir Garg, who is Baghel’s media advisor,” Sharma claimed. Based on Dubey’s complaint in Raipur, an FIR was filed against Sharma.

The FIR, accessed by Newslaundry, booked the journalist under section 504 (intentional insult to provoke breach of the peace) and 509 (insult the modesty of a woman) of the Indian penal code. “On the morning of May 19, Raipur police landed at my house in Kanker,” Sharma added. “They first arrested me and then gave me a bail.”

In November, Dubey filed a complaint with the State Women Commission. The body took cognizance and directed the police to file another FIR against Sharma. This time, Sharma moved court, and in January 2021, the Chhattisgarh High Court stayed the commission’s directive, questioning its jurisdiction.

“She alleged that I had outraged her modesty,” said Sharma, who had mocked Dubey as a “nachaniya” – a pejorative for a professional dancer – in his story. “But how is that possible? You’re a government official. If you do something wrong, I will write about it.”

The journalist claimed that the Congress government in Chhattisgarh is far more willing than the previous BJP government to go after journalists.

Newslaundry reached out to a Chhattisgarh government spokesperson for a response. This story will be updated if we receive one.

Newslaundry reached out to Ruchir Garg for a response to Sharma's allegation. "I'm disappointed by the allegations made by Mr Sharma," Garg said.

Despite the high court stopping a second FIR against him, Sharma’s ordeal was far from over. A month later, he was arrested and thrown in jail in another case. In July 2020, Bastar Bandhu had criticised the website mahilamedia.in for its “suggestive” and “sensational” headlines. Its editor, Karamjeet Kaur, who Sharma alleges is “close to Rajesh Dubey”, filed an FIR against him, once again under IPC sections 504 and 509.

“Derogatory and objectionable words have been used against me in this report,” Kaur alleged in the FIR, accessed by Newslaundry. “The claims made in the story against me are false.”

This time, the police did not grant him bail right away. “From February 7 to February 16, 2021, I spent my first time in jail in 45 years of journalism,” Sharma told Newslaundry.

I asked Sharma why he thought the Congress is no different than the BJP in dealing with critical reportage. “The Congress used to hate it when the media would go easy on the BJP government,” he said. “I think intolerance to criticism is built into the character of political power.”

In Kanker, Kamal Shukla agreed. “The instinct to trouble independent journalists is in the nature of politics,” he said. 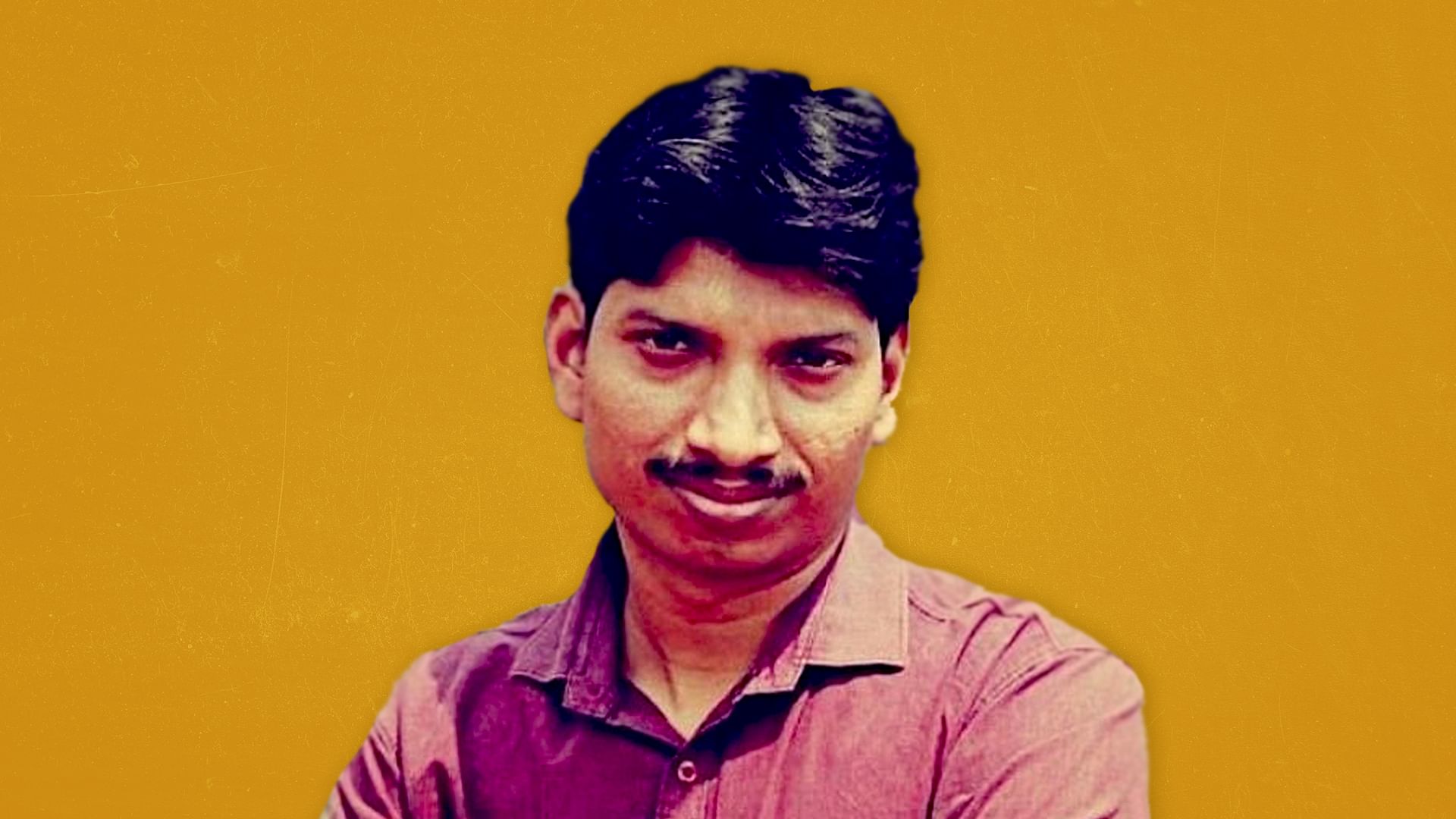