He is in sight of being Britain’s first Hindu and Indian-origin prime minister. But in Britain, unlike India, his faith and ethnic origin are irrelevant.

In February 2020, when the now disgraced prime minister Boris Johnson appointed Rishi Sunak, the British-born third-generation son of Indian immigrants, as Chancellor of the Exchequer, the second most important of the great offices of state, the news was greeted with gleeful astonishment and a sense of arrival - in India, not in Britain.

Articles and columns like this one - it was also tweeted approvingly by RSS ideologue S Gurumurthy - made much of Sunak’s Indian origins. It also proclaimed to its largely Hindu audience that Sunak, described as a self-proclaimed “proud Hindu”, took his oath of allegiance as an MP on the Gita, apparently “despite protests from a section of Britishers [sic]”. Not only was there no protest, the official record of the swearing-in of new members shows the full range of diverse options available to members to take their oaths, from choice of holy book, to the language in which to take the oath. And so some members chose to solemnly affirm rather than swear, some chose the Quran, and some chose to take the oath in Welsh or Urdu, in addition to the mandatory English.

The discomfiting reality for news commentators in India is that Sunak’s Indian and Hindu origins are as big a deal in India as they are irrelevant in diverse, multicultural, tolerant, and welcoming Britain.

With his dramatic resignation as chancellor, effectively ending Johnson’s premiership despite the thumping majority that he had won for his Conservative Party in 2019, Sunak is now one of two candidates for the top job. He is battling it out at the hustings for the support of the nearly 1,70,000 party members who have the arguably undemocratic privilege of choosing the next Prime Minister of Great Britain. How that will play out, and whether Sunak’s Indian origins will at all influence the electors, is by no means clear. Conservative members will vote for whichever candidate they think will offer them the best chance of taking on a newly resurgent Labour Party under Keir Starmer in 2024.

The possibility that he might soon be the prime minister has sparked a remarkable wave of interest in Sunak in the Indian media. But in Britain he has for some time now been “one of the most familiar figures in politics”. Almost everyone who reads any of the popular columns or op-ed pieces is now aware of Sunak’s family origins, his middle class parents, his early life and upbringing of relative privilege and academic success, and his connection by marriage with the family of the billionaire founder of Infosys.

While most commentary in Britain on the rise of Sunak has focused on his solid Conservative credentials – he went to school in Winchester and studied politics philosophy and economics at Oxford and made a successful career for himself in the world of hedge funds - Indian media outlets have chosen to focus on his Indian origins.

For Britons, Sunak’s Indian origins, while interesting, is far from surprising, nor is it particularly worthy of comment. This has been a truly remarkably diverse field. Of the 11 MPs who initially threw their hat in the ring, four were women, and only three were what one might term White British Men. There were two of Pakistani heritage, one Nigerian and one Kurdish, and two of Indian origin. Rishi Sunak’s Indian or Hindu origins were not only largely unremarkable but were seen as part of a wider kaleidoscope of diversity in British politics.

The Conservative Party, despite its name, gave Britain its first Jewish prime minister (Benjamin Disraeli) and its first (Margaret Thatcher) and second (Teresa May), and possibly now a third (Liz Truss), woman prime minister. MPs, Local authority councillors and other elected office-bearers of South Asian origin are no longer newsworthy, seen as much a part of the political landscape as Indian- and Pakistani-origin staff in the National Health Service.

Indian commentators on the other hand appear to have been bowled over and star-struck by the Indian origins of Sunak. Indian social media and TV panel discussions have been breathlessly debating questions such as, “Will Britain be brave enough to elect an Indian to the top job?” and “What will a Sunak premiership mean for India?”.

Sunak himself is shrewd enough to talk about his Indian origins but presents it differently depending on his audience.

At TV debates with other prime ministerial hopefuls he tackles head on critical press comments about his family wealth and his Indian wife’s tax status by proclaiming that he is “proud of what his father-in-law has achieved” – building by sheer hard work and some luck a $90-billion enterprise from nothing, and says he wants that success emulated in the Britain he hopes to lead.

In contrast, at an event for the Indian diaspora, he points to India’s size and growth and warns Britain, in the context of building links with India, not to “fall into the trap of nostalgia [of empire]”. “We must look to the future, [because] India”, he says, somewhat inaccurately, “isn’t looking to the past, nor must we”. Of course, he diplomatically and neatly sidesteps the fact that India is indeed mired in the past, busy righting perceived historical, mainly Mughal, wrongs, and attempting to re-create an imagined ancient glory.

What India is not seeing about Sunak’s leadership bid is perhaps far more important.

The real lesson to learn from recent events in Britain is not the rise of a talented and successful Indian-origin politician. The real lesson India needs to learn is about the open, democratic, and welcoming structures and systems in place in Britain that allow women, minorities, and foreign-born citizens to rise on the strength of their merit in academia, the professions, and in public life; to win electoral office; and even to stand for selection as the next prime minister of the country. If India’s media commentators showcased, discussed and analysed Britain’s vibrant democracy, it might reveal where India lets itself down by failing its minorities, particularly its religious minorities - by creating an atmosphere of hate and discrimination, and by denying civil and human rights.

In 2019, when he was asked what policies India needed to follow to foster investment, Sunak’s father-in-law NR Narayana Murthy suggested that India should list out the top five countries in each area of development and analyse the changes they pursued to get there and try and emulate those policies. In short, be open, look ahead not backward, and learn from others.

If India were to reciprocate what Sunak said at the India Global Forum event, it would be open to diversity and promote a politics driven by civil debate and discussion of ideas and policies rather than heated and angry shouting matches driven by personal animosity, communal hate and religious bigotry.

The rise of Rishi Sunak shows what is possible when the process is open and welcoming. By focusing on the person, and particularly on the Indian origins and Hindu religion of the person, India’s media commentators have failed to note the role of British society and the open nature of the political process that recognises merit and promotes deserving talent. Attributes of personal identity such as religious affiliation and racial origin have become irrelevant. The incredible irony of an Indian MP lamenting racism in Britain 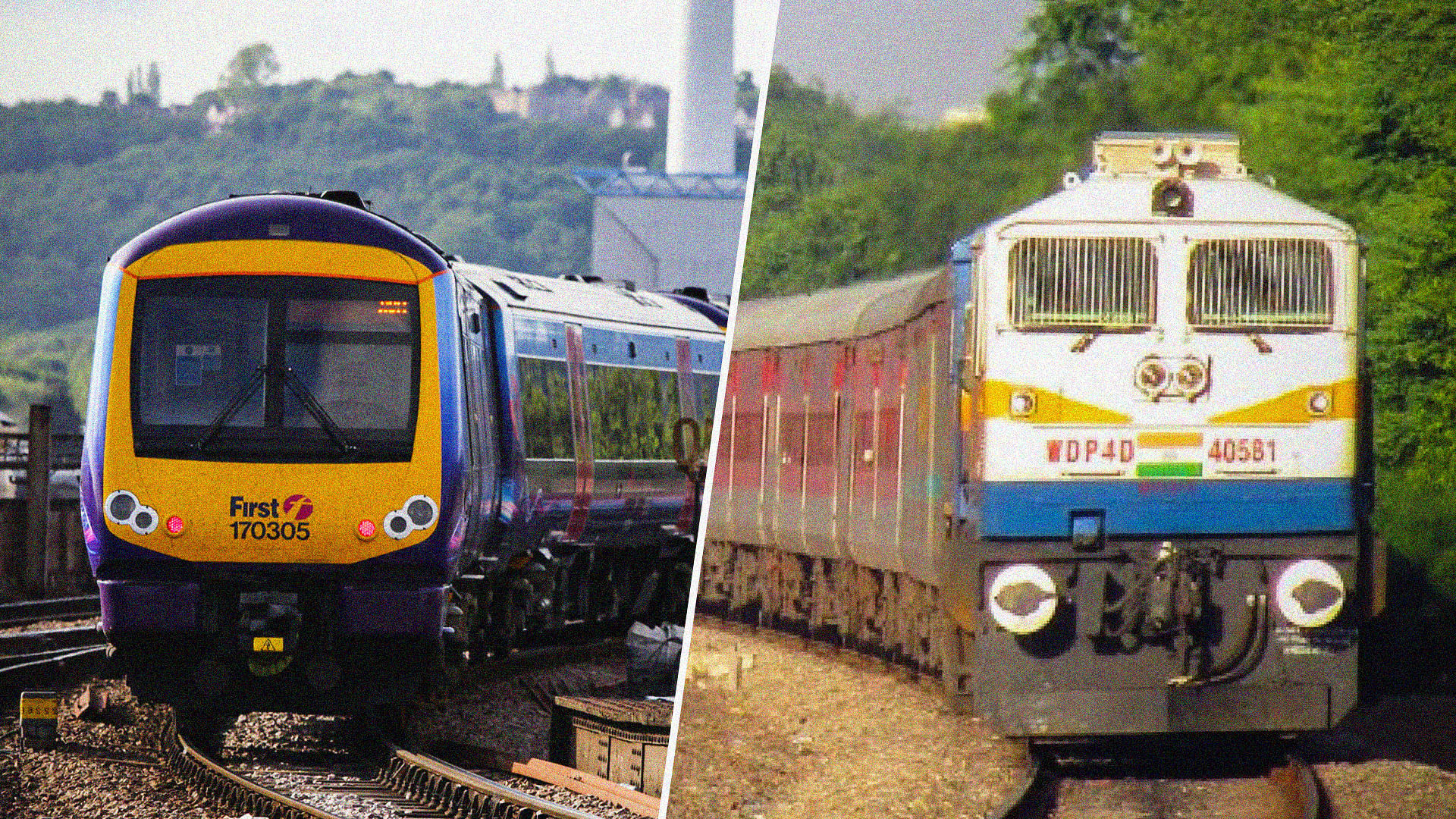 Rail privatisation has been a disaster in Britain. Why is India pushing ahead with it?