‘Can the CM live in this house for two days?’: How Uttarakhand’s villages were sacrificed for dams

The ground is sinking, farms are destroyed, and there was little assessment of the viability of hydroelectric projects.

“Son, we have become homeless. This house is falling apart,” said Asharfi Devi, 70. “My grandchildren have moved into a rented house. The government should do something now. What will they do when we’re buried up here?”

Asharfi does not live in Joshimath, the centre of Uttarakhand’s land subsidence crisis, but in Pipola Khas village in Tehri, about 200 km away. Pain radiates across the village, which was once bustling with activity but now stands desolate.

The village sits near the main wall of the Tehri dam, with a bird’s eye view of Tehri lake. The 1,000-MW hydroelectric project was cleared for implementation in the 1970s and the first of its four units was synchronised to the northern grid in 2006.

Twenty-six families from Pipola Khas were relocated at the time since they lived in an area that would be submerged, while the 190 other families stayed put. But today, their lives are in danger. Activist and lawyer Shanti Prasad Bhatt, who lives in the village, told Newslaundry the lake has a surface area of around 42 sq km and its water level is not static.

“Outside of the rainy season, the water level falls. Otherwise, it goes up,” he explained. This movement causes the mountain to crack. The floors and walls of houses have large cracks and houses have begun to tilt. Now, the power company is building a new tunnel through the mountain on which the village stands. This has increased their difficulties.”

Asharfi Devi pointing at cracks in her house.

The Tehri dam was cleared for implementation in the 1970s.

When Newslaundry visited Pipola Khas, we found at least 75 percent of homes had cracks on the floods and walls. Approximately two dozen houses seemed critical. A villager named Basanti Devi said in addition to cracks in her home, her farmland was also sinking.

“The government and company should come to their senses,” she said. “The lake and tunnel are the biggest problems for us. So much of our land has sunk, and the rest is sinking. The house is ruined. Where do we grow our grains? Where do we live? Only the government can tell us.”

Asharam Bhatt, another villager, said, “People have left their homes. They have shifted to other houses in the village but cracks have started appearing there too. What would the government have us do? Can the chief minister live in this house for two days? Then we are also ready to live here.”

About 150 km away, the village of Durgapur in Chamoli district is also fraught with peril. A tunnel is being dug nearby for the 444 MW Vishnugad-Pipalkoti hydroelectric project, and a majority of houses in Durgapur have cracks. Villagers, who are predominantly from Scheduled Castes, moved here after the 2013 Uttarakhand floods and landslides. They told Newslaundry they’re facing eviction yet again.

“Explosions for tunnelling happen two to three times every day and shake our homes,” said Sulochana Devi. “We came here after the disaster in 2013. Where will we go now after being displaced again?”

Assessment required, but when?

It isn’t just Pipola Khas and Durgapur – this is the story of nearly 500 villages across the state. And authorities aren’t unaware of these issues. Twelve years ago, the state government identified villages prone to natural disasters and began work on a rehabilitation policy - the first of its kind in India.

Since then, as Down to Earth reported, “the list of vulnerable villages has been rapidly increasing, but the pace of rehabilitation has remained dismal”. A 2021 report by the Uttarakhand State Disaster Management Authority listed 465 villages that needed rehabilitation but the number has since gone up to 484.

Kishore Upadhay, the BJP MLA from Tehri, told Newslaundry that after the Joshimath crisis, he directed the district magistrate to assess endangered villages in New Tehri and the rest of his constituency.

Sulochana Devi in her house in Durgapur.

A cracked house in Pipola Khas.

“This issue is not limited to Pipola Khas,” he said. “The danger arising from the Tehri dam will stay in this region which is why [risk] assessment should be done after every monsoon. We went to the Supreme Court about this issue in 2004-05.”

After the 2013 Kedarnath disaster, the Supreme Court had constituted a committee headed by environmentalist Ravi Chopra to assess the environmental damage caused by hydroelectric projects. Ninety-two projects with a total installed capacity of 3,624 MW were identified in Uttarakhand, with plans to develop 450 projects harnessing over 27,000 MW of hydropower.

But given the sensitivity of the Himalayan regions, are these projects viable?

“We do not have any assessment of debris quantity and behaviour in paraglacial zones like Joshimath,” said geologist Naveen Juyal. “Similarly, there is no credible study of bearing capacity in sensitive Himalayan regions. It is evident from Joshimath that many parts of the state are sinking because they exceed bearing capacity.”

Himanshu Thakkar, the coordinator of the South Asia Network on Dams, Rivers and People, told Newslaundry, “Hydroelectric projects have many parts. It’s not just the dam but surge shafts, power stations and tunnels. There is mining and deforestation to construct these structures. This releases a lot of silt which is dumped and, most of the time, the rules are not followed. Roads are built to the power station and the dam, colonies are set up – and a lot of destruction and blasting takes place for this.”

“Consider the Tapovan-Vishnugad project’s tunnels,” said Thakkar. “The tunnel’s diameter is six metres, meaning three trains can fit inside it. It’s over 12 km long. Such a large area destroys everything from the ground surface, river and subterranean parts. It should be noted that no assessment was done before doing all this to the new mountains of the Himalayas. This is an earthquake-prone zone. Which is why, whether it’s Tapovan or Tehri, it will be disastrous wherever you do it.”

In 2013 after the Kedarnath disaster, Uttarakhand’s disaster management authority had seemed quite helpless – and it isn’t doing much better 10 years later, even though there’s been an increase in violent weather phenomena.

“It is said about Joshimath that heavy construction and projects created this crisis but you see small villages cracking too. Why is this happening?” said Ranjit Sinha, secretary of the state’s disaster management department. “There should be a meticulous assessment of the bearing capacity of different areas and their ability to bear residential pressures. We don’t have it right now and this is a big challenge for disaster management. We are doing a scientific analysis and geotechnical survey of it.” Projects worth over Rs 12,000 crore: Joshimath’s journey from ‘development’ to disaster 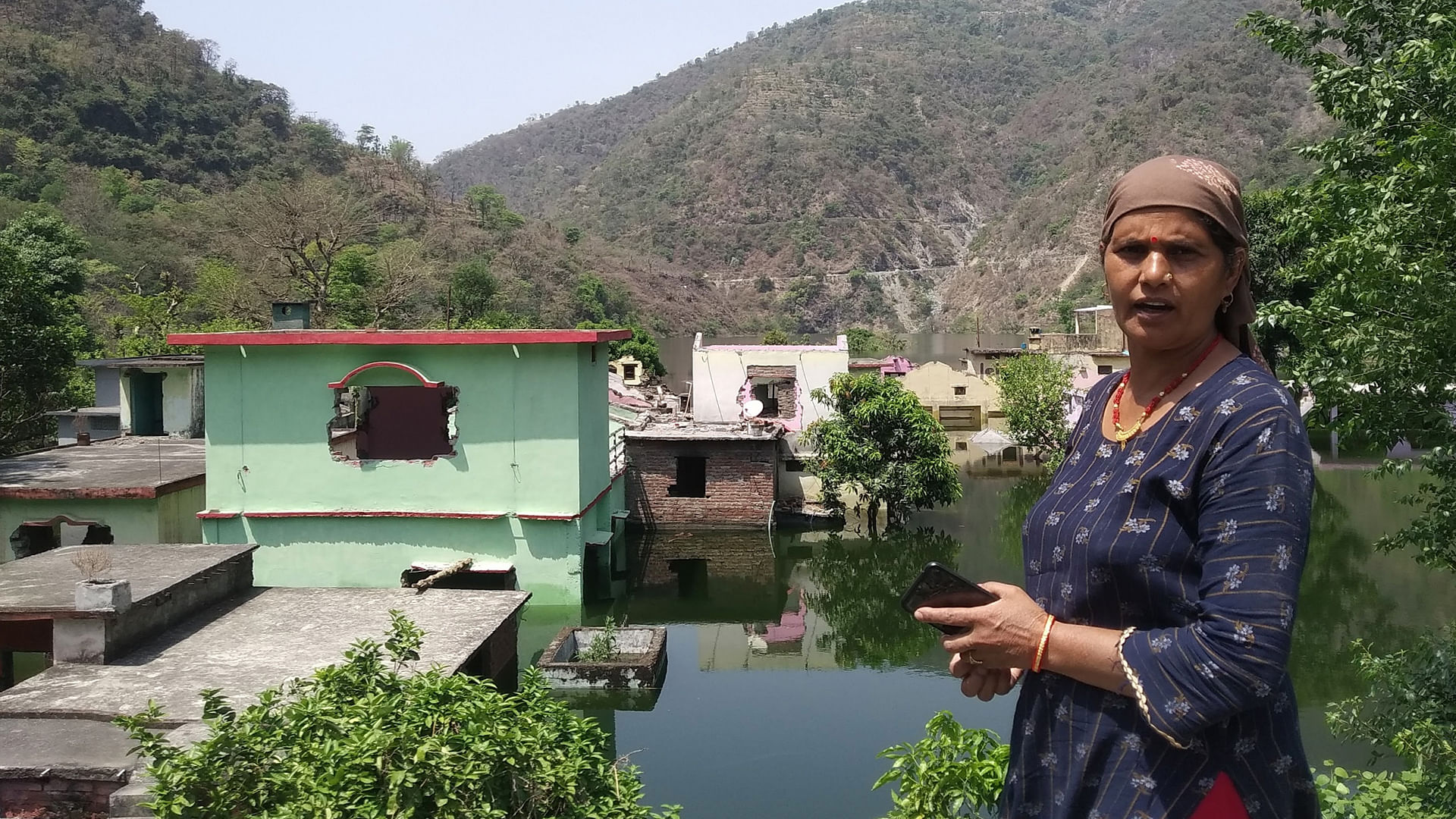