‘There’s no law to back your actions’: Supreme Court on UP government’s ‘name and shame’ posters

The apex court did not quash a high court order to take down the posters. It said a larger bench would be constituted to hear the matter.

Acknowledging the importance of the issue at hand, a vacation bench of the Supreme Court observed that a larger bench of "appropriate strength" is better suited to hear the Uttar Pradesh government's plea challenging the Allahabad High Court order directing the state to take down posters that named and shamed those opposing the Citizenship Amendment Act.

The high court order was passed on Monday. Posters had been put up across Lucknow, containing the photographs, names, and addresses of 57 people accused of damaging public property during the citizenship law protests in the state.

In the Supreme Court, the vacation bench observed that the matter “involves issues which need further elaboration and consideration”. It directed the registry to place the matter before Chief Justice of India SA Bobde, who would constitute the bench of appropriate strength.

Noting the urgency of the issue, the court directed the matter to be listed next week once the Supreme Court reopens on March 16 after the Holi break.

The apex court did not stay Monday’s verdict, so the Uttar Pradesh government must take down the posters.

On Sunday, March 8, the Allahabad High Court took suo motu note of the posters across Lucknow. A day later, a division bench of the high court, led by Chief Justice Govind Mathur, pulled up the Yogi Adityanath-led government and directed Lucknow’s district magistrate and commissioner of police to take down the posters.

The high court observed that the state's action was tantamount to “violation of Article 21 of the Constitution” and “amounts to unwarranted interference in privacy of people”.

The court pointed out that privacy is an “intrinsic component” of the Constitution and these fundamental rights "cannot be given or taken away by law and laws. All the executive actions must abide by them.”

The bench said: “In the instant matter, the act of the district and police administration of Lucknow is alleged to be in conflict with the right of life and liberty...The advocate general [of the state] also failed to satisfy us as to why placement of the banners is necessary for a democratic society for a legitimate aim."

In the Supreme Court

Solicitor-general Tushar Mehta, appearing for the state, argued that the matter before the apex court was a "question of law of seminal importance”. He said a total of 95 cases were brought before the competent authority. After hearing the matter at length, he said, orders were passed with respect to 57 persons allegedly responsible and involved in the rioting.

The rioters, Mehta stressed, belonged to both communities.

With respect to the high court’s statements on privacy, Mehta argued that there were "several dimensions" to one’s right to privacy. The high court, he said, "missed the real point" of the Puttaswamy judgement.

The Puttaswamy judgement refers to the August 2018 verdict of the Supreme Court that accorded Indian citizens the right to privacy as a fundamental right.

"There is an assumption that you have waived your right of privacy by appearing in public,” Mehta said. “You are in a public domain here. If you wield your gun in a riot, you cannot claim privacy.”

To buttress his argument, Mehta relied on a verdict passed by the supreme court in the UK which ruled on how public violence, when committed, trumped the right to one's privacy. He described the posters as “not only a measure to act as a deterrent”, but also to recover “liabilities” from the rioters.

“We are facing this issue as a nation on whether this [putting up the poster] can be done,” Mehta added.

In response, Justice Lalit said, “As of now, there is no law that can back your actions…You are essentially asking us to add a direction to the directions already issued in the Puttaswamy [right to privacy] case.”

Justice Bose said there is a difference between an individual and the state. “An individual can do anything unless specifically prohibited by law. The state can do anything only when permitted by the law. Where is your legal power [to put up posters] to do so?”

He asked Mehta: “Can you go beyond your power and display the names and faces like this?”

Lalit said, "If your unsocial behaviour is videographed, then you have put yourself in public gaze...But here, we are on a slightly different issue. We need to see whether the state has a right to thrust their [alleged protesters] faces in the public domain and presume them guilty for all time to come.”

He continued, “It would be understandable if they were not paying the compensation and public good was hampered. Such drastic steps should be covered in law."

The judge asked Mehta how much time the protesters were given to pay the compensation. Thirty days starting from February 13, Mehta replied, to which the judge said, “Then there was still time left…”

Petitioners face danger to their life

When Mehta was done, senior advocate Abhishek Manu Singhvi made his submissions.

Singhvi was appearing for retired IPS officer SR Darapuri, whose name and details appear on one of the posters.

"The crux of the juridical principle is two-fold which the state, especially the Uttar Pradesh government is ignoring," Singhvi argued. “I am appearing for Darapuri, who is a very important name, and I’ll tell you why. Mr Darapuri is a ’72 batch IPS officer who retired as the inspector-general [of police], and is one of the prima donnas on the Uttar Pradesh government posters to ‘name and shame’, as they are now called.”

He continued: "A state the size of Europe has an official policy to name and shame me by putting up my posters across its length and breadth.”

Singhvi argued that the state must show affirmative remit for his action. "Take the case of a child rapist and a murder accused. Since when do we have in this country a policy to name and shame them? If there is such a policy, a man walking in the streets is liable to be lynched..."

“I can imagine if a private person does this [puts up posters],” Singhvi said. “ But I don't think we have anarchy yet that a state is doing this."

Darapuri replied to a showcause notice within 10 days of receiving it, Singhvi told the court. He said the order passed by the authority was not final and the issue of recovery of damages is “sub judice”.

He continued: “Where is the final order of the authority? This is a mega-blanket approach to name and shame me!”

Singhvi was followed by senior advocates Colin Gonsalvez and CU Singh. Gonsalvez, who founded the Human Rights Law Network, was representing advocate Mohammed Shoaib while Singh was representing Saif Abbas, a Shia cleric. Both Shoaib and Abbas appear on the “name and shame” posters.

Gonsalvez said, “"I have taken case after case for the minorities for which I have already been attacked. The matter even came before the Supreme Court…I may be assaulted and lynched. Why? Because my picture is there on the hoardings. People can come into my house and assault me.”

At this point, the vacation bench indicated that a larger bench would be more appropriate to hear the matter.

Singh, who followed Gonsalvez, said: “The source of such power — to put up hoardings — must emanate from a law, not from guidelines or executive orders.” Singh asserted that "this is a very vindictive approach of the state government. It is as though the state has declared war against the people."

Gonsalvez and Singh's argument were cut short since by then, the bench has already indicated that the matter be heard by a bench of appropriate strength as constituted by CJI Bobde. 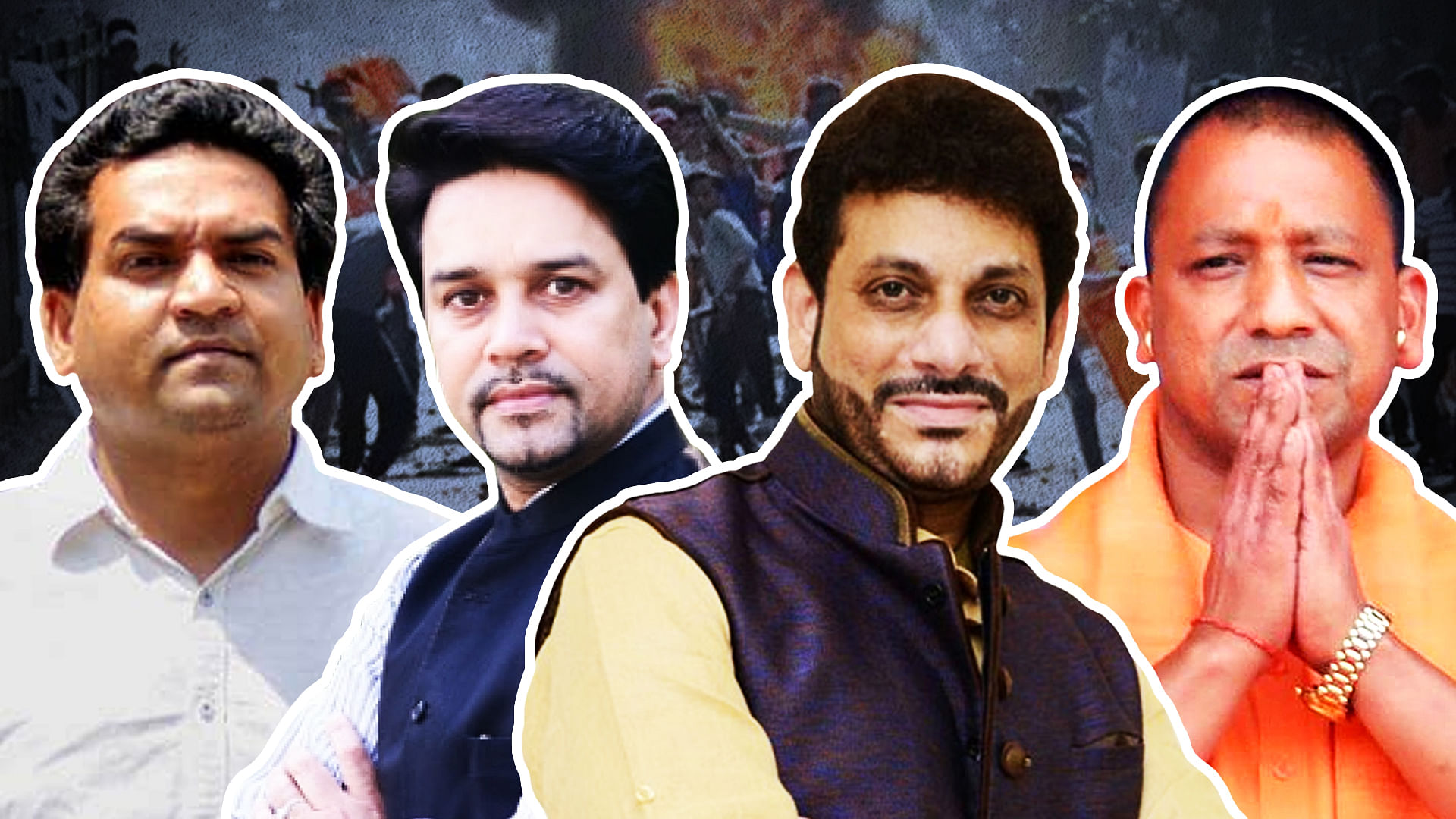 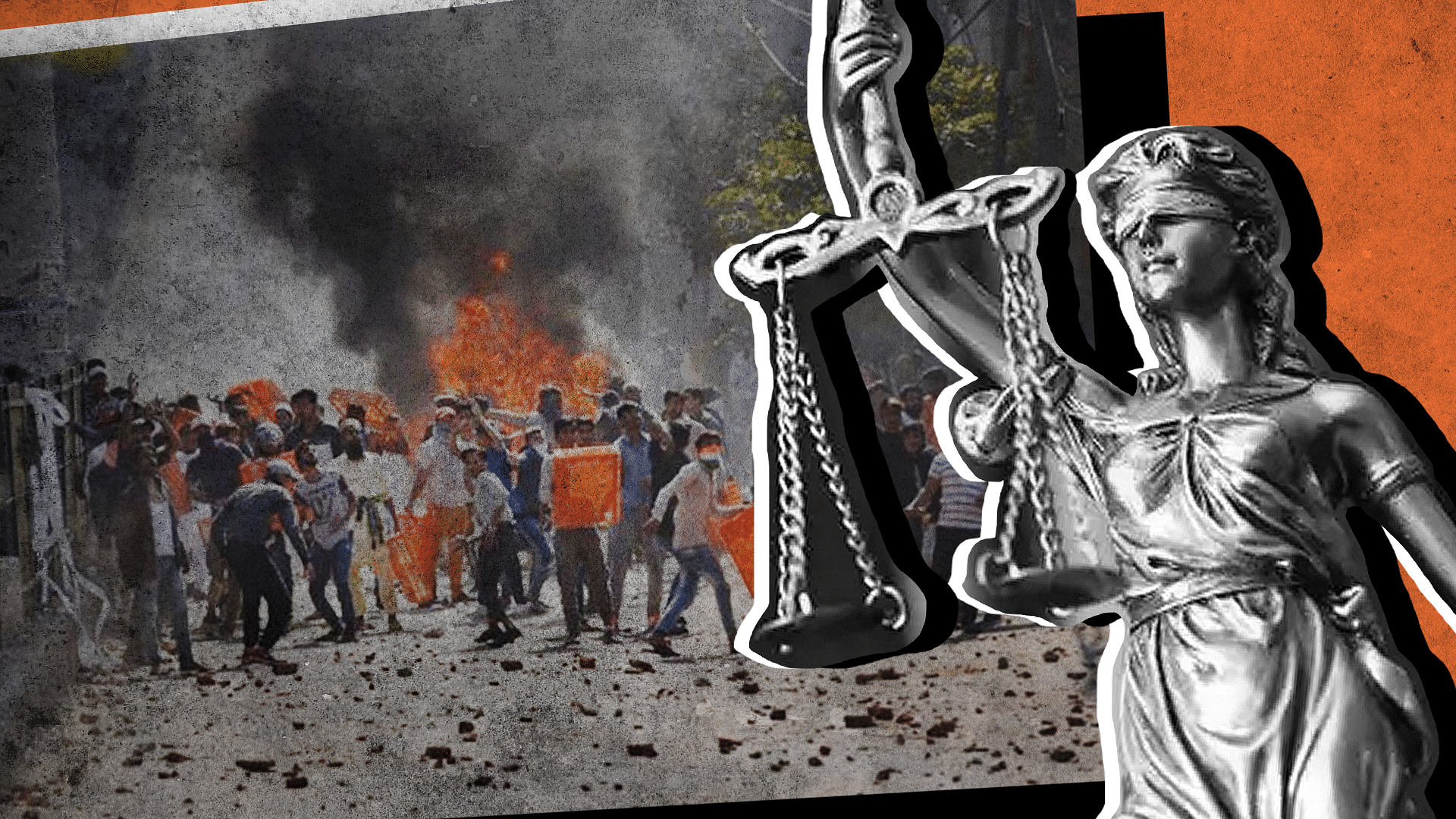 Police morale, consequences of not filing FIRs, and a city burning: What happened in court over the Delhi riots