One lakh masks, 4,000 litres of sanitiser: How UP plans to tackle coronavirus threat to Ayodhya fair

The Adityanath government has banned large gatherings, except in the holy city where over 10 lakh people are expected for the Ram Navami Mela later this month.

Uttar Pradesh, India’s most populous state with a headcount of around 22 crore, declared the coronavirus outbreak an “epidemic” last week. It has reported 12 infections so far. Accordingly, Chief Minister Adityanath has banned large gatherings, save one – the nine-day Ram Navami Mela in Ayodhya.

Not just the mela, the Vishva Hindu Parishad’s “Ram Mahotsav” in the city later this month is still on schedule as well.

After declaring the coronavirus epidemic, Adityanath ordered the closure of all swimming pools, water parks, multiplexes, discos, and educational institutions. He also suspended official celebrations, and urged the people to avoid large gatherings until March 22, with the restriction subsequently extended till April 2. This is par for the course for any government seeking to contain the spread of the coronavirus pandemic, as the WHO has declared the affliction that has killed over 6,600 lives so far.

Irresponsibly, however, the holy city of Ayodhya has been exempted from the restrictions. It is all set to host the Ram Navami Mela from March 25 to April 2. The fair is expected to attract over 10 lakh pilgrims from across India, including elderly people from eastern Uttar Pradesh and Bihar, for whom the fair is a ritual handed down across generations. It includes taking a dip in the Sarayu river and visiting temples across the town. The ninth and final day, believed to be Ram’s birthday, will see the biggest crowds.

“The mela will be held as per schedule,” announced Anuj Kumar Jha, the district magistrate of Ayodhya, on March 16, overruling concerns raised by the chief medical officer of the district, Dr Ghanshyam Singh, a day before. Singh had suggested cancelling the mela because the health staff would not be able to screen attendees at such a large gathering.

“We will take all precautions, issue advisory to the devotees, but there is no talk of cancelling the event,” said Jha, who is also one of the trustees of the recently constituted trust that will oversee the construction of the Ram Mandir in Ayodhya.

The Adityanath government, on its part, has stayed silent on why it is disregarding the effective practice of discouraging large gatherings to contain the rapid spread of COVID-19. The government’s spokesperson, Avneesh Awasthi, did not respond to Newslaundry’s calls and messages seeking comment on why the mela was being allowed to go ahead.

Dr RK Gupta, the state’s additional director of health for communicable diseases, said, “We have issued an advisory that all mass gatherings must be avoided. The advisory also urges people not to travel unnecessarily. I think people should avoid attending the fair.”

But many devotees might not have access to such information, or ignore it due to their faith. Gupta insisted, “The government is taking all steps to handle the event. Anyway, the situation is being reviewed by the government.”

Hemant Tiwari, a political analyst, told Newslaundry that Adityanath is set to review the coronavirus situation on March 20, and a decision on the Ayodhya mela might be taken then.

Ayodhya has topped the Bharatiya Janata Party’s agenda since the party came to power in Uttar Pradesh in 2017. In fact, the construction of a grand Ram Temple in the city has been hot button issues for the party since 1988.

Hindutva groups led by the VHP are working hard to turn this year’s fair into a megaevent in view of the commencement of the Ram temple’s construction. The VHP was at the forefront of the Ram Temple agitation so footfall is likely to go up to celebrate this “victory”.

Sarayu River, where attendees of the fair will take a dip.

The Kanak Bhavan Temple in Ayodhya.

Plans are afoot to move “Ram Lalla”, deity of infant Ram, to a temporary temple. Adityanath, who is also mahant of the Gorakhnath temple in the state, is expected to preside over this ceremony on March 24.

Political analysts say Adityanath wouldn’t want to miss this occasion, given the significance of Ayodhya to his agenda and Hindutva politics generally. It was Adityanath, after all, who renamed the district of Faizabad Ayodhya after becoming the chief minister in early 2017.

The Ram Navami Mela isn’t the only major event scheduled to take place in Ayodhya over the coming weeks. Final preparations are on for the VHP’s “Ram Mahotsav”, a fortnight-long programme that will happen across nearly three lakh villages from March 25 to April 8.

“We have planned the Ram Mahotsav across 2.85 lakh places in India, from where the shilas for the temple had arrived in Ayodhya in 1989,” said Sharad Sharma, a VHP leader in Ayodhya. “The biggest one will be in Ayodhya. Our plans are very much on the cards.”

The shilas are bricks inscribed with “Sri Ram” that were collected from devotees across India.

Vinod Bansal, the VHP’s national spokesperson, said the Mahotsav will start on March 25 and culminate on April 8, Hanuman Jayanti. “This time, we had planned big as we couldn’t celebrate the Supreme Court verdict in order to maintain law and order,” Bansal said. “Rath yatra, shobha yatra, meetings and celebrations will be held as per local traditions. Amid the coronavirus threat, we have decided to scale down the celebrations from 50,000 to 30,000 to a much smaller crowd.”

The VHP has asked Hindu families in Ayodhya to fly the saffron flag from their rooftops, paste stickers of the Ram Temple model on the doors and chant “Shri Ram Jai Ram” 13 times, Bansal added.

Dr Ghanshyam Singh, the chief medical officer, said no specific advisory has been issued yet about the fair, although it is scheduled to start in less than a week. The district magistrate, after consultation with the Adityanath government, is expected to issue it soon, however.

How is his department preparing for the mass gathering? “We urge people — especially those with lower immunity, who are old, or suffering from flu or fever or other illnesses — to avoid attending the mela,” Singh said. “Our staff will be available to screen ill people. But screening everyone is not possible.”

Singh has placed an order with the Uttar Pradesh Medical Supplies Corporation for 25 thermal monitors, one lakh face masks, and 4,000 litres of hand sanitiser.

“All devotees will be asked to use sanitiser frequently. People suffering from cold, cough or fever will be given masks,” he said.

Will these measures be enough to prevent the spread of the virus? “All large gatherings across the world, and even in India, have been postponed or cancelled,” Singh replied. “The guidelines say people must keep a distance of at least one metre from the other persons. That would not be possible in a fair of this scale.”

He added: “However, it is more dangerous for people above 60 and those with lowered immunity. Most infected patients are being cured; the COVID-19 has a death rate of 1-2 percent. Moreover, the government will review the situation ahead of the mela.”

Dr Om Shrivastav, an infectious diseases expert associated with the Jaslok hospital in Mumbai, told Newslaundry: “This is a potentially risky situation. If we can cancel this event, it’s good. However, it is difficult to prevent people from attending a religious festival.”

A model of the Ram temple in Ayodhya.

A sculptor preparing shilas for the temple in the workshop of the Ram Janmabhumi Nyas.

Shrivastav has a point. On Sunday, nearly 1.5 lakh people are estimated to have attended a temple festival in Andhra Pradesh. It’s not just religious events either. Hundreds of women continue to camp out at Delhi’s Shaheen Bagh to protest against the new citizenship law, even though the Delhi government has banned gatherings of over 50 people until the end of the month.

There’s no clarity on the current size of the Nagar Nigam, so calculating population density is tricky. According to the 2011 census, the Ayodhya district has a population density of 1,056 per sq km, much higher than the state average of 829.

This suggests that if 10 lakh devotees come to Ayodhya, the density in the urban area will increase three-fold, to around 13,000 people per sq km.

“Besides, the local population would have grown by 20 percent since 2011, adding more to the density,” said a senior professor from Saket College, Ayodhya, on the condition of anonymity.

Yash Prakash Singh, a resident, told Newslaundry: “The density would be manyfold near Sarayu river and the temples. We are worried as it may lead to serious ramifications if something goes awry in the view of the coronavirus threat.”

A VHP leader admitted, "We are caught in a catch-22 situation because we don’t want the event to be postponed. However, there is no denying that the risk will be high because of the huge congregation."

Sudhir Mishra, resident editor of Navbharat Times, Lucknow and Noida, said: “The government would not like to put itself in any tricky situation. I hope an appropriate decision will be taken on March 20.” 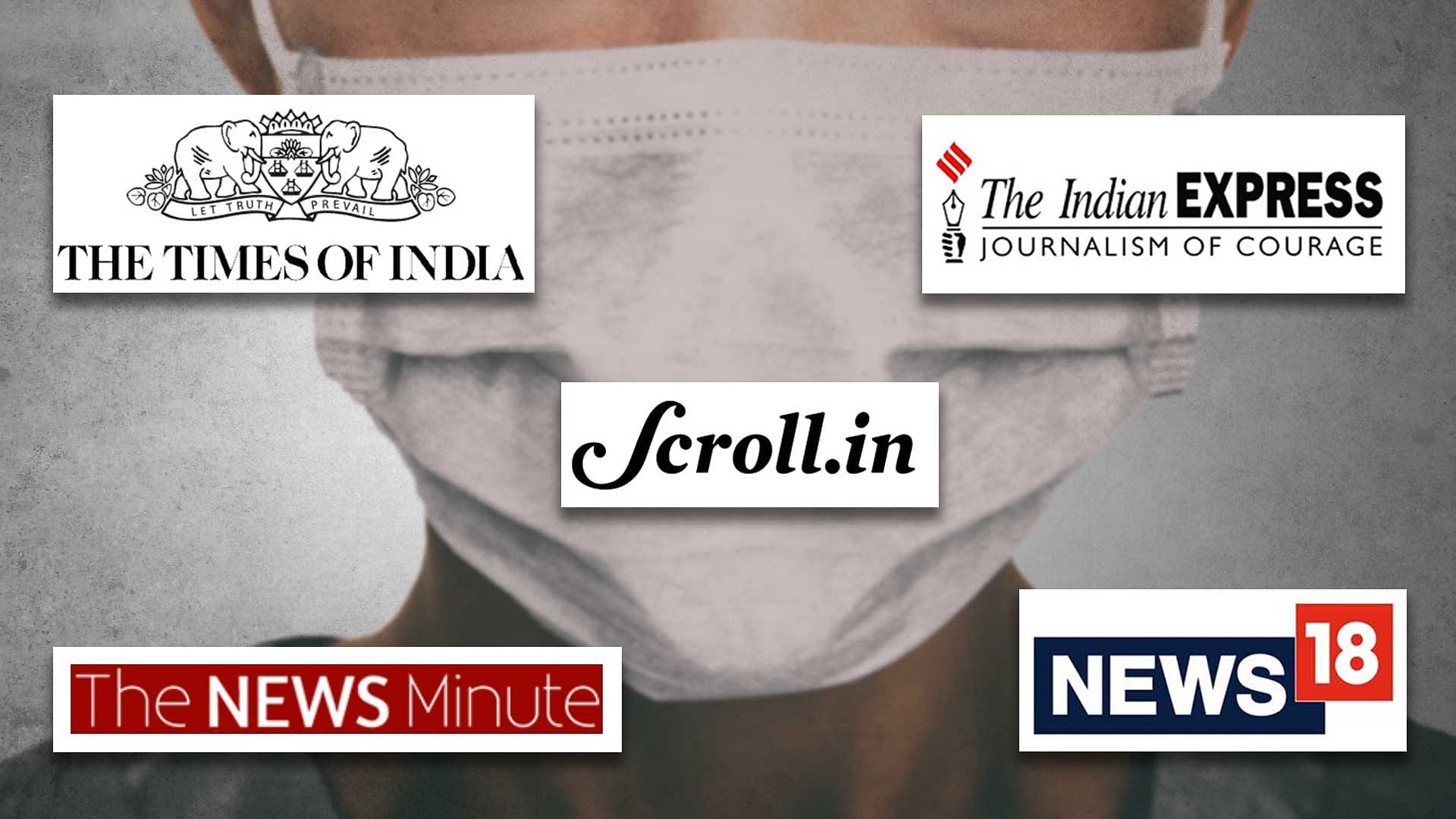 Work from home: How Indian media is trying to keep staff safe from coronavirus 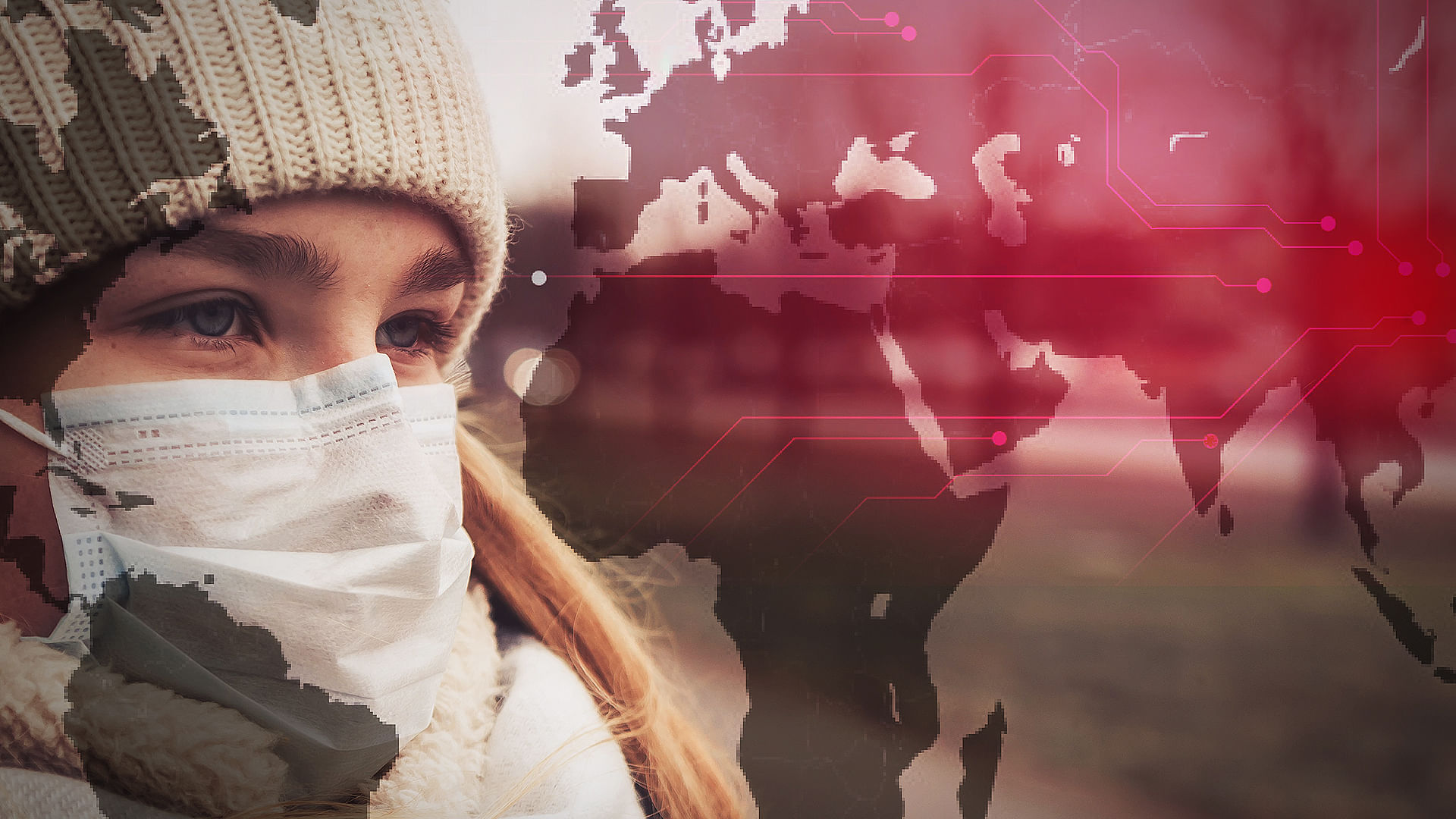 Social distancing: What it is and why it’s the best tool we have to fight the coronavirus