The journalist's daughter had tested positive for coronavirus on March 22.

A journalist in Bhopal tested positive for novel coronavirus on Wednesday, taking the total number of cases in Madhya Pradesh to 15.

The journalist, KK Saxena, who is in his 50s, had attended a press conference by former chief minister and Congress party leader Kamal Nath on March 20. Nath had announced his resignation from the chief minister position at the conference.

“Since it was a big event, all big and small media houses had attended it,” a journalist present at the event told Newslaundry. “There must have been some 500 people in that press conference.”

It has been learnt that the journalist’s 26-year-old daughter had tested positive for COVID-19 on March 22. According to a report in Dainik Bhaskar, she had returned from London on March 18 and taken a test on March 21.

A press release by the Madhya Pradesh government claimed that Saxena’s case came to light after the Integrated Disease Surveillance Programme tested 10 people who had come in contact with Saxena’s daughter. While the other nine, including relatives and the house help, tested negative, the father came out positive.

Saxena’s elder brother is a spokesperson of the Congress party in Madhya Pradesh.

An official with the IDSP in Bhopal told Outlook that journalists and politicians present at the event will be advised to self-quarantine for 14 days.

A statement by Bhopal's chief medical and health officer of Bhopal claimed that not everyone who came in contact with Saxena will be affected by the coronavirus. “A person who has been in contact with him for 5 to 6 hours continuously and has not followed the instructions issued by the Health Department, and has not washed his hands or used a sanitiser, is likely infected,” it said.

The statement added: “It is pertinent to note that those who came in contact with Saxena, or were near him, should not be troubled and they do not need sample testing.”

An advisory by the Principal Secretary of the Madhya Pradesh assembly has asked all government officials and staff members who came in contact with Saxena to get tested and quarantine themselves.

The father and daughter are currently being treated at AIIMS, Bhopal.

Madhya Pradesh has not reported any recovered cases or deaths due to novel coronavirus so far. 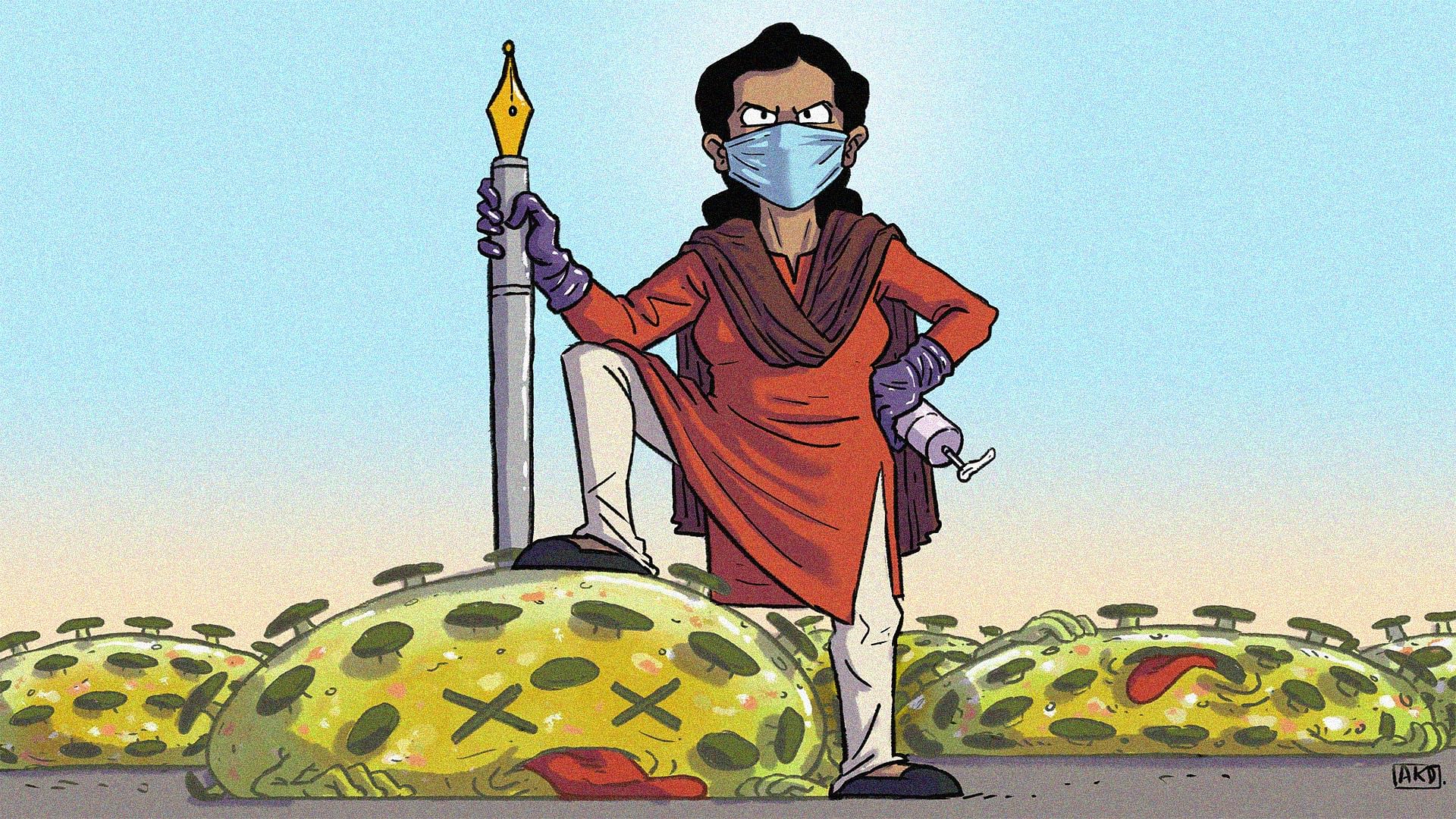