It’s in the nation’s interest for the media to remain free and questioning during this pandemic. But can cash-strapped organisations resist the pressure to toe the government’s line.

When we look back on this time of disease and death, there are some images that will remain etched in our consciousness, and our consciences.

For irrespective of the age, class, caste or creed of persons infected by Covid-19, or killed by it, there is one reality that we as a country have been forced to confront. The reality of the invisible millions, the men and women who literally build and keep our cities running, but who are forgotten when a crisis hits us all.

Even the government does not remember them. How else can one explain the March 24 announcement of a 21-day lockdown giving four hour’s notice with no planning strategy in place for these millions who live on the margins?

Despite the prime minister’s advice to media owners, proffered a day before his dramatic announcement, that they should run “positive stories” at this time of the epidemic, the Indian media did tell the migrant story – vividly through photographs, and poignantly through the heartbreaking stories of thousands of men, women and children setting out to walk hundreds of kilometres to their distant homes because there was no source of sustenance in the cities where they had slaved for years.

These are the images we must continue to remember: of the father carrying his child on his shoulders, while another feeds his newborn baby even as he walks. Pictures of calloused feet, of women and children walking alongside the men, carrying small bags with all their worldly belongings. Or of this heartbreaking report about Ranveer Singh, 38, who collapsed and died even as he was speaking to his family.

This exodus from our cities represents over one third of the population, based on the 2011 census data, as this article in the Indian Express explains. That is, one in every three persons in this country is a migrant, either interstate or intrastate. Also 29 percent of the population of our big cities consists of people in the so-called informal sector living on daily wages, exactly the kind of people who picked up their belongings and fled once the lockdown was announced.

What these facts and images ought to have taught us, as Sanjay Srivastava presciently observed, is that “informality is not a staging post on the way to formality. It is a persistent condition of life with no indications of a dramatic change.”

Srivastava also points out something that we in the media ought to heed: “The odd thing about an epidemic is that though it might be global in nature, it is impossible to understand its impact without paying close attention to the local conditions within which it circulates.”

It is India’s local conditions, this persistent state of informality, in which millions are permanently caught that will determine the ultimate nature of this pandemic, how and where it spreads, and who it strikes down and kills.

Given the nature of news, the migrant story has virtually disappeared from our news pages. But it is still the biggest story that will need to be followed up. This will not be easy, given the spread. Yet, we need to know how many of them made it, did they carry the infection with them and are district level health facilities able to cope if the infection spreads to rural areas. This story in Scroll gives some idea of the challenge we are yet to face.

We also need to know how the migrants who were held back at state borders are surviving; if they will march on once the lockdown is lifted; when and if they will return to the cities.

Which brings me to the other crisis that the media is confronting. Such stories require investment in newsgathering. Media houses need resources to send out teams to distant places to investigate this reality. But the economic slowdown has also impacted the finances of the media. With cutbacks in advertising as companies cope with the economic downturn, news media has been hit, especially print, which depends heavily on advertising.

Already, the Indian Express has announced wage cuts and it is more than likely that others will follow. It is possible that multi-edition newspapers might have to close some editions. It is almost certain that journalists will face not just salary cuts, but also job cuts.

While running newspapers, and even digital platforms, with a small, lean staff is feasible given the nature of technology today, it’s not conducive for doing the kind of follow-up stories that are needed to record the full impact of this pandemic on all sections of the country. And if the media does not record it at this time, it will not be known. The people who are invisible, who came into focus for a moment during this crisis, will once again fade into anonymity.

There have been a couple of other worrying developments in the last weeks that concern the media. One is the direct message to media owners to focus on “positive” stories. This is nothing short of telling them not to investigate and report the government’s shortcomings in dealing with this crisis, stories that will be seen by those at the helm as “negative”. No right-minded editor would accept this given that the job of the media is to dig out the truth.

But as I pointed out in my last column, it is striking how little we read about the failures of the government and how much more we see uncritical reporting of all that is given to us. There are always exceptions, and these media houses and particularly digital news platforms have continued to report incisively. But taken as a whole, the image of the Indian media, as this article in the New York Times notes, is of one that echoes the government’s tune.

What better illustration of this than the manner in which Covid-19 was forgotten and the incipient as well as blatant Islamophobia that is prevalent in this country came out in full view on television channels once a link was established between the spread of the virus and a Tablighi Jamaat event in Delhi.

Even those media houses that did not want to feed this anti-Muslim fervour indirectly fell into it by headlining every case that could be traced back to the Tablighi Jamaat meeting. Few took the trouble to explain, as this article in Scroll clearly does, that the sudden rise in positive cases was also because there was much more focused testing over this period, something that had not been done earlier. In fact, many experts have continued to emphasise that the spread in India is probably much wider than is being reported because not enough people are being tested.

Also, given that Indian Muslims have already felt under siege for months with the threat of the National Register of Citizens hanging over their heads, this drumming up of the anti-Muslim rhetoric by the media has ratcheted up their fears to the point they are suspicious of anyone seeking information during this health crisis, as this report in the Huff Post vividly documents.

When India will emerge from this pandemic is not yet known. What is known is that the most marginalised will suffer the most. As many of those migrants making their weary journey home said, even if they don’t die of the disease, they will die of hunger.

What is also clear is that an economically beleaguered media is even more susceptible to pressure, especially from a government that has used every means possible to make it toe the line in so-called national interest. In times of crisis, it is in fact in the nation’s interest that the media remains free, questioning, and unafraid. 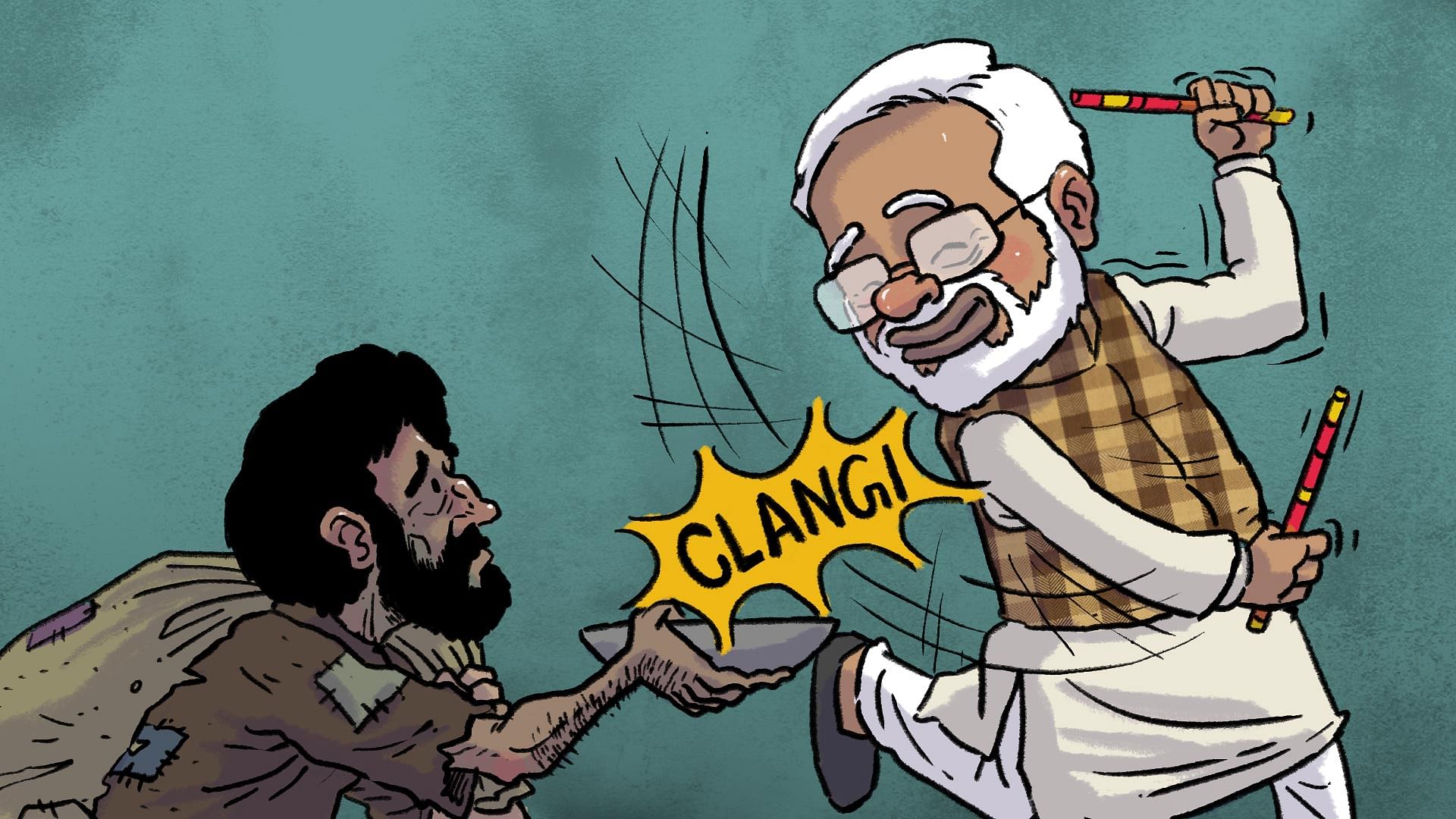 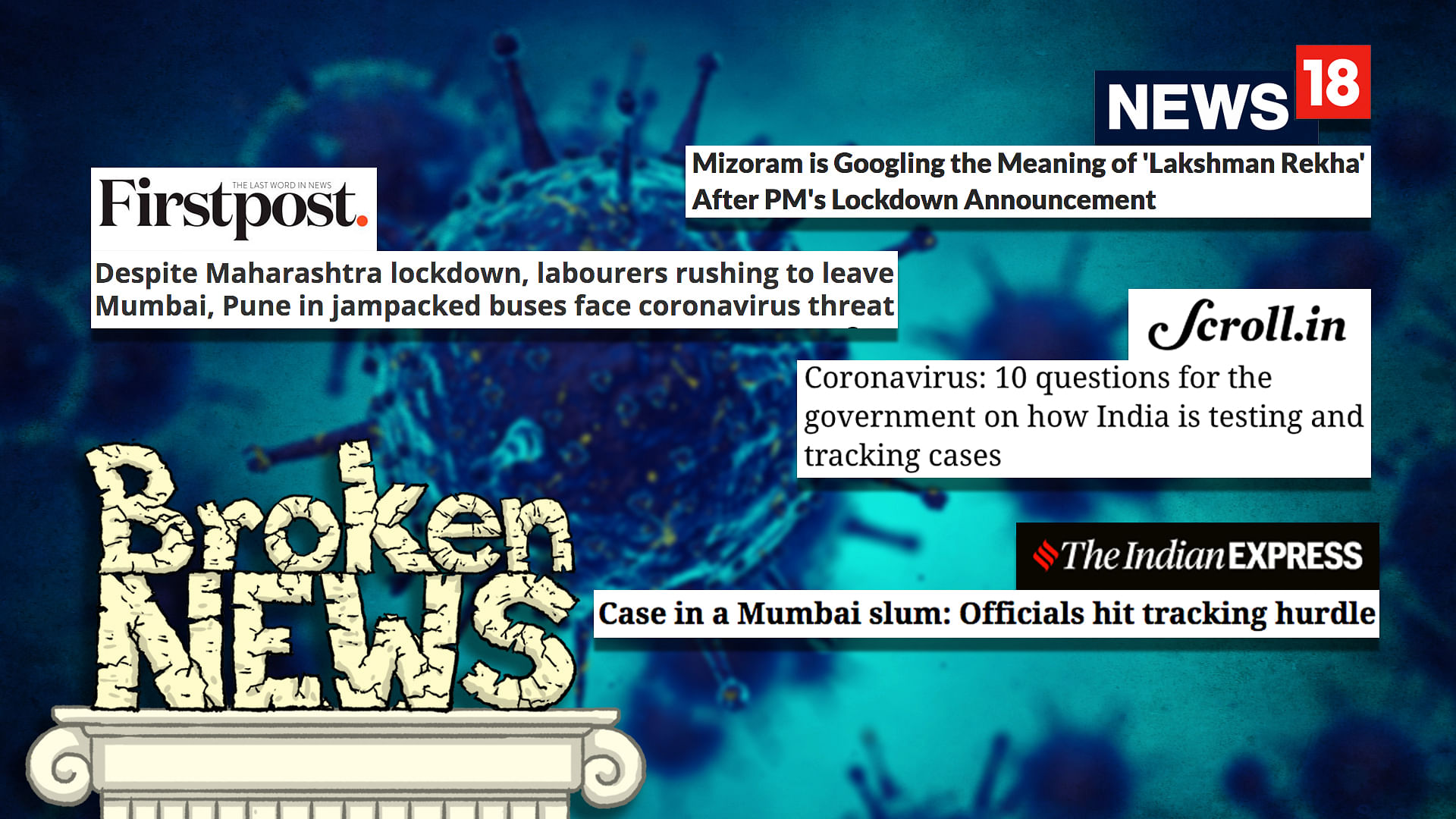