Renault has stopped advertising on Republic Bharat. Will Nissan be the next?

The development came after a Newslaundry article triggered an international social media campaign against the channel last month.

A few years before he reportedly smuggled himself out of Japan hidden in a large instrument case to evade house arrest — with the able assistance of a band of Gregorian musicians — Renault’s former chief executive officer Carlos Ghosn waxed eloquent on the Indian concept of “jugaad” and how he’s applying it to Renault.

“[Jugaad] is not just a buzzword anymore, we have done it,” he told reporters during the launch of the Renault Kwid.

The Kwid was significant for Renault since it was perhaps one of the first times a major European automobile company locally sourced nearly 97 percent of the parts for a new car. It was also part of Renault’s ethos in India: to “marry” Indian skills with the French and Japanese.

Renault’s efforts in India — along with its commitment to “respect” and “diversity”, as laid out in its code of ethics — is perhaps an indication as to why the company has allegedly severed its ties with Republic Bharat, Republic TV’s Hindi offering.

How did this happen?

On April 23 and 24, the India Alliance, a Europe-based activist group of diasporic Indians, launched a Twitter campaign with the hashtag #RenaultFundsHate. It ran for two days, with a series of tweets calling out Renault for running advertisements on Republic.

The campaign stemmed from a Newslaundry piece on the channel’s coverage of the Palghar lynchings, where three men, including two sadhus, were killed in Maharashtra’s Palghar on April 16. The piece was part of our series Bloodlust TV that calls out advertisers funding shows that promote misinformation and bigotry.

It was a combination of fear, suspicion and WhatsApp rumours that led to the lynchings, but that’s not what Arnab Goswami, Republic’s editor-in-chief, would have you believe. Instead, on his show on Republic Bharat, Goswami made several claims with a communal angle spun in while also accusing Sonia Gandhi of being privy to a plot to get the sadhus killed, with blessings from Italy.

On a personal front, Goswami faced some consequences: at least 101 FIRs were filed against him, and the Mumbai police questioned him for 12 hours. But as a channel, the Palghar coverage was par for the course for Republic, given their history of misinformation and hate speech. 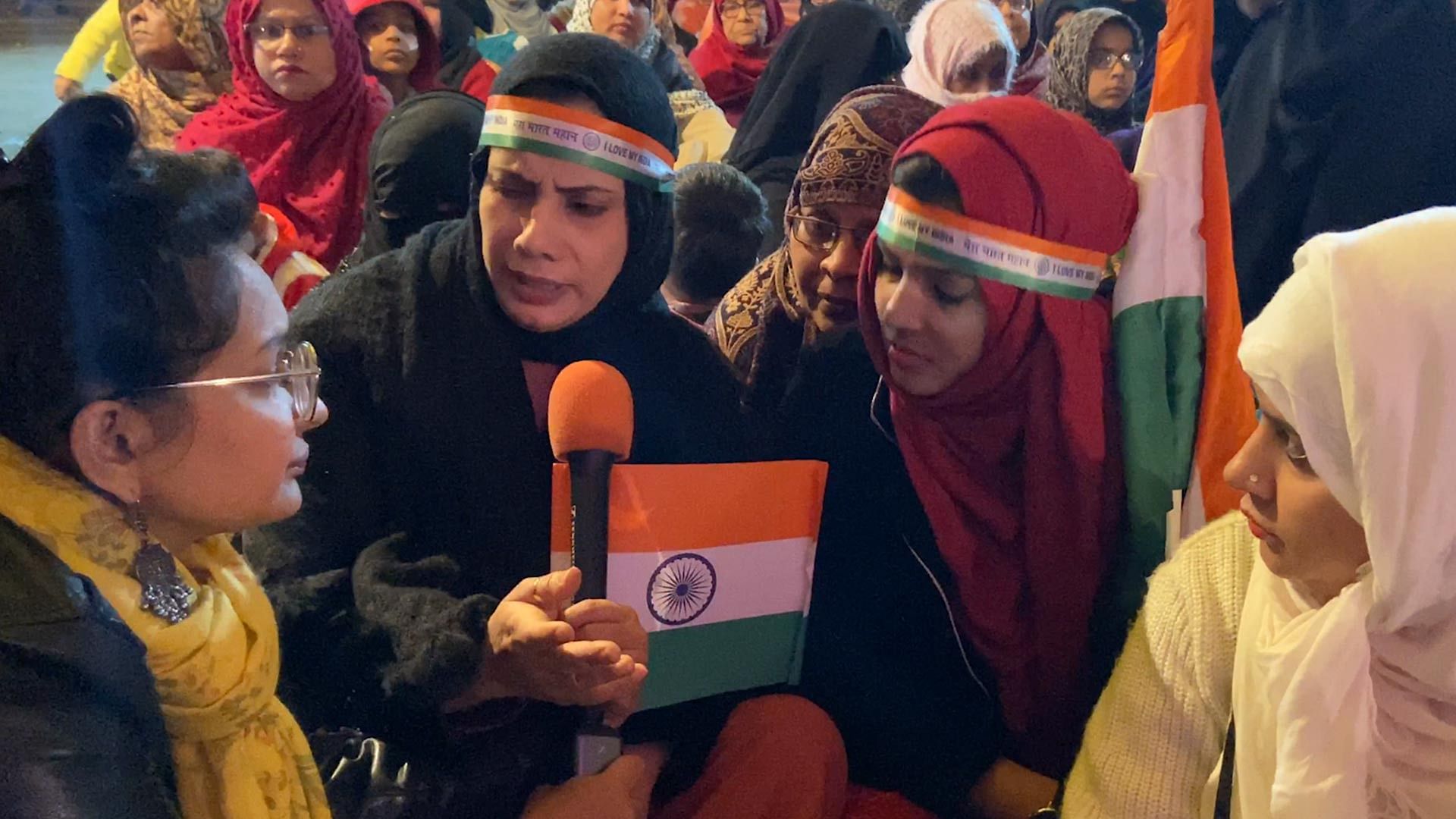 Shaheen Bagh and the spiralling hostility against ‘Godi Media’

“When the Newslaundry article came out, we had some discussion among us,” said Dr Ritumbra Manuvie, a core member of the collective and a lecturer at the University of Groningen in the Netherlands. “We figured out that Renault France was directly controlling the subsidiary in India; there was no separate incorporation as is the case with many other companies. So, we began the campaign and called out the company for sponsoring communal hatred on an Indian channel.”

As the world goes through the Corona crisis - the need of the hour is solidarity. Yet channels like Republic TV in India are busy blaming the entire pandemic on Muslims - continuing their regular Islamophobia. @Groupe_Renault wants to continue sponsoring this?#RenaultFundsHate

Richard Wilson, the director of Stop Funding Hate, said his campaign was drawn to the issue once Newslaundry spotlighted Renault in particular, since it’s a European company.

“When we saw a lot of diasporic Indians running a campaign to put pressure on the company, we decided to amplify their voices,” Wilson said. “We wanted it [Renault] to stop associating with a channel that had incited religious hatred.” So, Wilson added, Stop Funding Hate used “whatever channels we had” to help the India Alliance.

Many @Groupe_Renault customers in Europe & across the world will be shocked to hear that the company is aligning itself with a TV show that is fuelling anti-Muslim hatred in India. Surely this isn't something that Renault should be supporting? https://t.co/43Kvx2nMLn

But Stop Funding Hate wasn’t the only group to get involved. The France chapter of Sleeping Giants stepped in too — a campaign that, among other things, tries to persuade companies to not advertise with media outlets it deems sexist, racist or bigoted. It’s due to Sleeping Giants’ efforts in the US that around 4,000 companies stopped advertising on American rightwing website Breitbart.

“We suspected Renault’s headquarters would not necessarily be aware of that particularly troubling sponsoring,” Sleeping Giants France said in an email statement to Newslaundry. “We felt it was wise to alert them to the problem.”

Action after the storm

In the beginning of May, about a week after the Twitter campaign, the collective emailed Renault France and urged it to stop funding Republic, Manuvie said.

“We didn’t get a response then but about 15 days later, we came to know through a reliable source that Renault had severed all ties with the channels,” she said. It must have happened shortly after people spoke up on Twitter, she added.

A website called Media Scanner first reported on this development on May 26. Newslaundry wrote to both Renault and Republic for comment. The story will be updated if a response is received.

Should Renault have come out with a public statement? Yes, according to the activists that Newslaundry spoke with. Sleeping Giants France pointed out that a public statement is “preferable” since it means the company leads by example. Such a move, it added, ”inspires others to avoid financing content contrary to their values, to their employees’ values and ultimately to their customers’ values”.

Sleeping Giants continued: “Let’s not forget that the marketing budget is part of the price the customer pays...As long as ties are severed, we are already one step further in the endeavour of making hate less profitable.”

But Republic might not have much to worry about. Renault’s ads might have faded away, but they have been replaced by another big international company, Nissan.

The Japanese carmaker appears regularly on the channel, including during “Poochta Hain Bharat”, Goswami’s primetime debate show on Republic Bharat. Nissan wasn’t one of the show’s sponsors at least a month ago.

Don’t forget, Nissan has close ties with Renault: the French automobile manufacturer owns 43 percent controlling stake in Nissan. Renault and Nissan are also part of a strategic alliance, along with Mitsubishi. So while Renault has seemingly cut off its relationship with Republic Bharat, Nissan has done just the opposite.

Activists told Newslaundry that they’re gearing up to launch a campaign questioning Nissan’s association with the channel.

“If Nissan wants to position itself as a responsible company in its own right, they are likely to face questions from potential customers for patronage of that kind of content,” said Stop Funding Hate’s Richard Wilson. He’s confident that a lot of Nissan’s customers around the world would be very concerned to learn about the kind of content it was sponsoring. The issue was irrespective of its association with Renault, he added.

And since Nissan has a strong presence in Europe, Wilson said, Stop Funding Hate would be “happy to take it up” with the company.

Sleeping Giants’ French wing is optimistic that Nissan will heed a public campaign. The group has had “positive contact” with Nissan so far and knows that the company can be “sensitive” to the issue of ad placements on toxic content, it said. “It would be advisable to alert Nissan to the fact that Renault has severed ties in order to maintain its brand safety,” the statement suggested about their course of action.

What is unique about corporations is that they have the rights of individuals, but not the conscience or responsibility of individuals. Corporations, more so in India, often look at eyeballs and bottom lines, not the social impact or quality of messaging.

Which is why we at Newslaundry have always maintained that when the public pays, the public is served, and when advertisers pay, Republic and the advertiser is served. Pay to keep news free and subscribe to Newslaundry.