Activist Nilesh Navlakha, who filed the complaint, accused Goswami of being ‘hell-bent’ on dividing the country on the basis of religion.

A Pune-based social activist filed a criminal complaint against Republic TV editor-in-chief Arnab Goswmai last month for stirring up communal hatred and divide on his news channel. Activist Nilesh Navlakha filed the complaint on May 8 under the Cable Televisions Network (Regulation) Act, 1995.

The 14-page complaint stated that the “cause of action” for the complaint was Goswami’s primetime shows on the Palghar lynchings. Goswami had launched a communal tirade on his show, even accusing Congress chief Sonia Gandhi of getting the two Hindu sadhus murdered in Palghar in April. However, the complaint said it isn’t “restricted” to Goswami’s reporting on Palghar; it takes into consideration various debates helmed by Goswami on Republic TV and Republic Bharat.

According to the complaint, Goswami’s allegations in his shows are “often based on religious innuendos and half-truths. His way of declaring information based on half-truth as facts is harmful and irresponsible. His arguments and words are communal in nature and he keeps repeating them throughout in each of his shows."

It continued: "In the past and in most of his shows, he takes video clips of incidences that do not give a complete sense and feel of the incident and blows it out of proportion and gives a meaning that is out of context. This disrupts the fabric of democracy and does not fit in any ethical framework that a journalist must follow."

Navlakha also accused Goswami and Republic of “brainwashing” listeners and viewers “in a way that they will transform into haters of some community and religion”. The complaint said: “This is not less than running an organized crime syndicate of making human minds to follow the thought process of a fanatic terrorist."

Horrific news based on half-truths “supports” the act of mob lynching, the complaint said, and “creates a mob mentality”. “If spreading rumours on social media is illegal and can lead to cases against WhatsApp admins, then why [are] news channels like Republic and the editors like Goswami, who are sometimes sources of rumours, free to air anything which is ab-initio illegal?”

It also said that even Sachin Tendulkar had been dubbed “anti-national” on one of Goswami’s shows.

Newslaundry contacted Nilesh Navlakha, who filed the complaint. Navlakha said there are many news channels and anchors who are “hell-bent on dividing the country on the basis of religion”.

“They are spreading hatred in society and want to create a communal riot-like situation in the country. Trivial issues are blown out of proportion to a rift in society,” he said. “There are many people like me who are hurt because of dangerous agendas of such journalists and this time we are not going to remain silent."

Goswami was not always this way, Navlakha added. “He was not vindictive towards a particular community or religion. Till 2015-2016, he was fine. This behavioural change happened in him only after the launch of Republic TV, and it’s increasing day by day. He thinks that he is the only patriot in the country and all others are fools."

He continued: “There are many news anchors like him and complaints should be filed against all of them, but Goswami is the hero of all such anchors as all of them follow him. That's why I decided to file a complaint against him. It’s high time now to stop such hate spreaders.”

The complaint asked for action to be taken under Sections 19 and 20 of the Cable Television Networks (Regulation) Act, 1995. It stated that Goswami and his channel have also infringed the programme code as laid out in Section 5 of the Act.

The Act has been criticised many times over the years for giving the government free reign to censor channels and muzzle the press. The rules laid out in the Act are also vague; for example, the government has the power to pull up a channel if it thinks a programme is “against good taste or decency” or “contains criticism of friendly countries”. 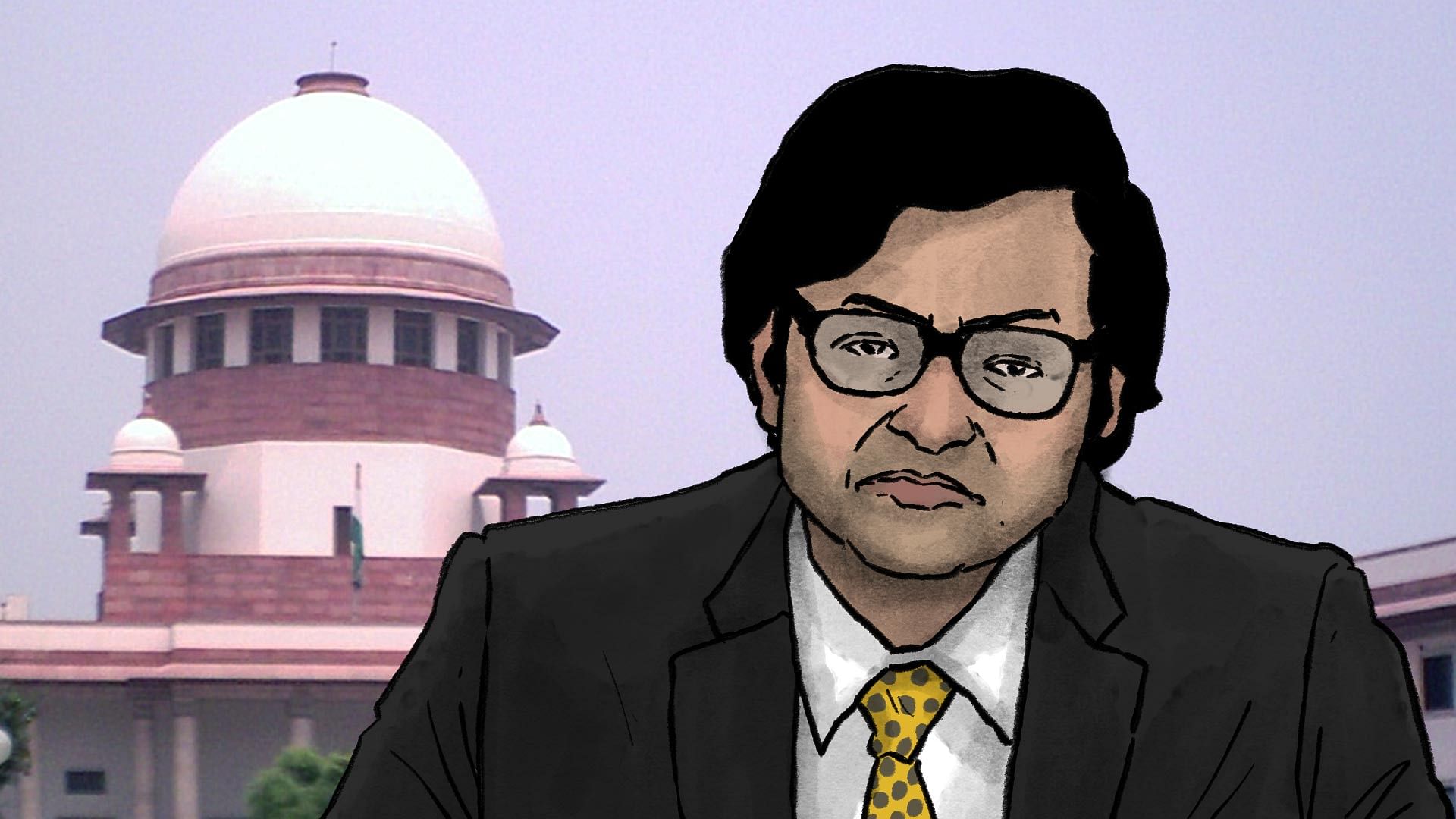 Why is Arnab Goswami no longer shouting about attacks on journalists in Delhi?

Navlakha’s lawyer, Aseem Sarode, told Newslaundry that the Cable Act, while generally used to regulate cable operations, has a couple of provisions that “come into force if a person indulges in anti-national activities”. The complaint was filed under these provisions.

“If a person tries to disturb the country’s national integrity, or create a riot-like situation on the basis of religion or caste using their channel, then it can be reviewed by the police commissioner or the district collector. They have the authority to completely stop the transmission of such news channels,” Sarode explained. “As the complainant lives in Pune, he has filed the complaint here, with the expectation that the police commissioner will take legal action.”

It might be difficult to shut down Republic’s transmission, Sarode added, but “in that case, they can inform the state government. Prima facie if they find that the channel is disturbing the fabric of the nation then police can inform the government about it and can file the complaint in court.”

The complaint was submitted on May 8 but the police has not initiated any action on it yet.

“We also didn’t bother them because they were extremely busy with Covid duties. But if they don’t take any action in the near future, we are going to approach the home minister of Maharashtra and request him to take action against the channel,” Sarode said. “Till now, this Act was used only during the elections to keep a check on the advertisements of political parties but for the first time, this Act has been used to file the complaint against a news channel and its anchor."

Sarode believes that Goswami and Republic have been “misusing” freedom of expression for a long time. “The misuse of his fundamental right has posed a serious threat to independent media, as well as to the rights of viewers who are supposed to receive factual, correct and complete information,” he said.

Newslaundry reached out to Arnab Goswami for comment but received no response.

The media needs to be free and fair, uninfluenced by corporate or government interests. This is why you should pay to keep news free. Because when the advertiser pays, the advertiser is served, but when the public pays, the public is served. Support independent media and subscribe to Newslaundry.