‘We’re begging for our wellbeing’: Students are desperate for the postponement of NEET, JEE

The government yesterday confirmed that both entrance exams will take place as scheduled in September.

The Supreme Court had said that “life has to go on”, despite the pandemic, and a “full academic year cannot be wasted”.

About 25 lakh students are expected to sit for the exams, and the decision to go ahead with them has led to widespread protests, mostly on social media. The National Testing Agency released guidelines and standard operating procedures on how the exams will be held during a pandemic, such as wearing masks and using hand sanitiser.

But students have pointed towards the government’s slogan in March: “pehle chatra ki suraksha fir pariksha”. At the time, India had less than 1,000 Covid cases but it’s now peaked to over 2.9 million total cases. And it’s not just a question of battling Covid; several students told Newslaundry that they have other hurdles too.

The JEE will be held between September 1 and 6. The lockdown hasn’t been rolled back in several parts of the country; Bihar, for example, is under lockdown until September 6. Inter-state buses and public transport have been suspended, and there are no examination centres in remote areas. As a result, inaccessibility is a pressing issue.

Also, states like Bihar and Assam have seen heavy floods. Students uploaded photos of their neighbourhoods underwater, asking how they’re supposed to prepare for crucial entrance exams under these conditions. The incessant rains and flooding has also made examination centres inaccessible. Similarly, students living in Covid containment zones asked how they’re expected to travel and sit for the exams.

Desperate to be heard, Twitter saw a “national protest day” on August 21. Students recorded videos and tweeted them, or posted photos of themselves holding placards calling for the postponement of the exams. #ProtestAgainstExamsinCovid was one of the top trends on Twitter, with over three million tweets.

“My examination centre is 60 km from my home and my reporting time is 7.30 am,” a student told Newslaundry on the condition of anonymity. “I live with my brother and sister in Delhi, and we don’t own a vehicle. How will I manage to reach that early when there is no metro in Delhi?”

Lelina, an NEET aspirant in Bhubaneswar, said she has pre-existing medical conditions and is worried about taking the exam during a pandemic. Lelina told Newslaundry she has lumbar spondylitis.

Given how crucial both JEE and NEET are, and the volume of rigorous preparation required, students are also worried that they will not perform to their full potential if they have to sit for the exam while wearing masks, gloves or other protective equipment. Given that the Class 12 board exams scheduled for July were cancelled, they want similar treatment.

“The decision that the government has taken is very irresponsible and silly,” said a NEET aspirant from Visakhapatnam. “They themselves have virtual meetings...but they expect lakhs of us to physically sit for the exams. Are we resistant to Covid? What if I get affected by the virus? Who will take the responsibility, the human resource ministry or the Supreme Court?”

Several students also asked Newslaundry how the administration will be able to properly maintain social distancing protocols and avoid overcrowding. Prahlad, a JEE aspirant from Mumbai, said, “Students demand a simple postponement of the exams to November or December, or when the Covid peak is over and the pandemic stabilises. We’re literally begging for the wellbeing of ourselves and our family.”

He added: “There’s huge fear and anxiety among us. An extraordinary pandemic requires extraordinary compassion from the government for its citizens.” ‘Profiting during a pandemic’: Students protest full fees being charged by colleges for online classes 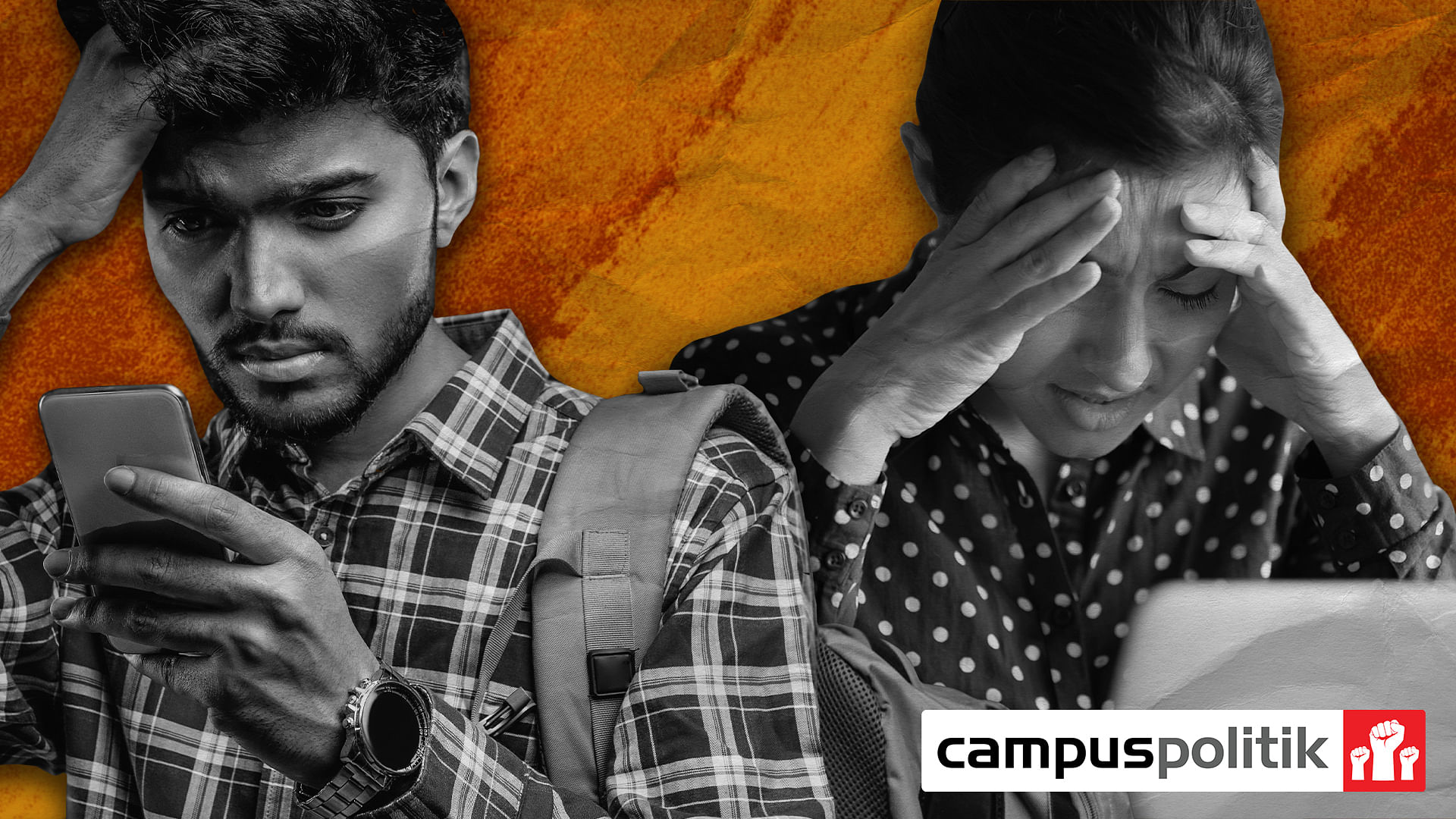 Can Indian universities ask students to take exams when they have barely taught them?