Arif gets bail in all Delhi carnage cases. But poverty keeps him in jail

Twenty seven police cases over 17 years against Mohammad Arif, now accused of killing fellow Muslims during the 2020 carnage, have left his poor family unable to afford the bail bond.

Mohammad Arif, 35, has been in jail for 10 months. He is accused of killing three Muslim men during the 2020 communal carnage in the capital city. When we met his mother, Parveen, at her home in Brijpuri in northeast Delhi last year, she had no money to hire a lawyer to help her son. A month later, an advocate reached out to the family and offered to represent Arif for free. By February 22, the eve of the first year of the carnage, Arif had been granted bail in all three cases filed against him.

He had received relief in two of the cases in December. In the third case, the Karkardooma court observed last week that the police’s allegation that Arif “disguised” himself as a Hindu, then joined a Hindu mob and lynched three Muslim men was “very obfuscatory”. It also noted the lack of details in the eyewitness testimonies against him, and undercut the relevance of his disclosure statement and mobile location.

In each case, his bail is set at a personal bond of Rs 20,000, totalling Rs 60,000. This has left his family in a fix. “We do not have the money for the personal bond,” a glum Parveen told Newslaundry. “We are a poor family. Even my son knows that we cannot afford it.”

Last week a desperate Parveen submitted her house’s records to the court to secure Arif’s release, arguing that the family couldn’t furnish the surety because of their poor financial condition. “The problem is that their house is not registered,” Abdul Gaffar, Arif’s lawyer, told Newslaundry. “The court doesn’t consider documents of unregistered properties.”

Predictably, the plea was rejected.

Parveen, 55, who hails from Bundelkhand in Uttar Pradesh, moved to Delhi with her husband Babu Khan in the early 1980s. Once tenants in Mustafabad, the family saved up enough money to build a small house in Brijpuri, where the Khans are one of only three Muslim families in a Hindu-dominant neighbourhood.

“We built this home with mazdoori,” said Parveen, mother to three sons and a daughter. Her eldest is a dailywage worker and the second son drives an auto. The daughter, Farheen, 24, is the only family member who went to college and earned a degree. She now stitches clothes at home to make the family’s ends meet.

As communal violence swept northeast Delhi last year, three Muslim men – Zakir, Ashfaq and Mehtab – were killed near the Brijpuri puliya on February 25. Shortly after 1 pm that day, Hindu and Muslim mobs torched vehicles and properties along the Brijpuri road. At around 6.30 pm, the Hindu mob, which included armed men in police uniform, stormed Farooqia Masjid near the puliya, assaulting those inside.

Arif, along with four Hindu men, was charged with killing the three men by the Delhi police, who claimed that he had pretended to be a Hindu while lynching the victims, one them his relative. In October last year, Newslaundry detailed the glaring inconsistencies in this investigation – contradictions in the police’s claims, differing eyewitness statements, lack of electronic evidence. Moreover, the chargesheet filed in the case is silent on the uniformed men who sacked the mosque, and according to eyewitnesses who spoke to Newslaundry, attacked Ashfaq and Zakir.

The Brijpuri road was a theatre of violence during the Delhi carnage.

Arif and the police have a history. Six months before his arrest in the Delhi carnage cases, he had been walked out of judicial custody after over three years. Between 2004 and 2015, the police had slapped him with 24 cases. He has been convicted in only one of them in the last 17 years. He is still awaiting trial in two, has been acquitted in another and discharged in five.

Looking back, Parveen said it was Arif’s troubles with law enforcement that broke her family financially. “The police have been arresting him on false charges. In 2004, his first arrest coincided with an illness that crippled my husband,” she recalled. “Babu Khan fell ill. His limbs were swollen. We had to move him from hospital to hospital for months. He was finally admitted for 22 days. Arif was in his teens and we could not be with him all that time. He was first arrested while I was at a nursing home looking after his father.”

A significant part of Parveen’s family income is spent on Babu Khan’s medicines.

When she wasn’t in hospital for Babu Khan, Parveen would be at the police station for Arif. “He would always be let out by the court, but after a few months, and often the same day, the police would come and take him away,” she said. “Cops from Gokulpuri police station would just pick him up and charge him when they couldn’t solve a case.”

To pay back the debt that she had incurred, Arif’s mother set up a button-making machine at her home. It took her five years of daily labour, and a permanently sore arm, to pay it off. Today, to coordinate with the lawyer, she travels alone to the Karkardooma court regularly, changing autos in Seelampur.

‘Sahab wants to see you, just come out’

Parveen remembers the pattern. “A police constable would stand outside our house and shout, ‘Arif, Sahab wants to see you, just come out,” she recalled. “He would step out and not come back for months.”

Farheen said her brother’s brush with the police meant he could not study beyond class 9 or even keep a job. As a schoolgirl a decade ago, she remembers her parent’s anguish. “I was in school when we would shift homes. I would miss school, miss studies because of all that,” she recalled. “We would pack up everything in a hurry and leave for weeks.”

Of the 24 cases against Arif, 17 were filed at the Gokulpuri station. Two cases from 2004 are pending trial and as many from 2009 are pending investigation. “The money we have spent on trying to get him out of jail over the years and on his father’s illness emptied our pockets,” a morose Parveen said. “This home is all we have left now.”

Abdul Gaffar told Newslaundry the police’s investigation into the three murders is riven with loopholes. “The police said Arif’s phone location was at the crime scene on February 25, 2020. But that’s false,” Gaffar explained. “We analysed it and it shows it was located at his home the entire day, except for 44 minutes – 3 pm to 3:44 pm – when it was at Guru Nanak Nagar in Old Mustafabad, which is not the crime scene.”

The main eyewitness, one Shashikant Kashyap, estimates the time of the killings to be between 4 and 5 pm. “This eyewitness named eight people, but the police have arrested only five a year later,” Gaffar said. “They have given no reason for it. Where are these men?”

Granting bail to Arif, the Karkardooma court observed that the police’s claim that Arif had “disguised” himself as a Hindu and lynched Muslims was “very obfuscatory”, particularly since the police had claimed “the common object” was to cause maximum damage to the “property, life and limb(s) of the other community”.

The statements of the three eyewitnesses in the case, the court added, did not give specific details about Arif’s role in the murders and so they “prima facie appear to [be] general one.”

Judge Vinod Yadav also noted that Arif wasn’t visible in any CCTV or video footage submitted with the chargesheet. “As regards the CDR location,” he went on, referring to Arif’s mobile location, “it is relevant to mention here that applicant is resident of the same locality/area and as such, at this stage his CDR location being found at or around the spot is also not of much consequence to the prosecution.” 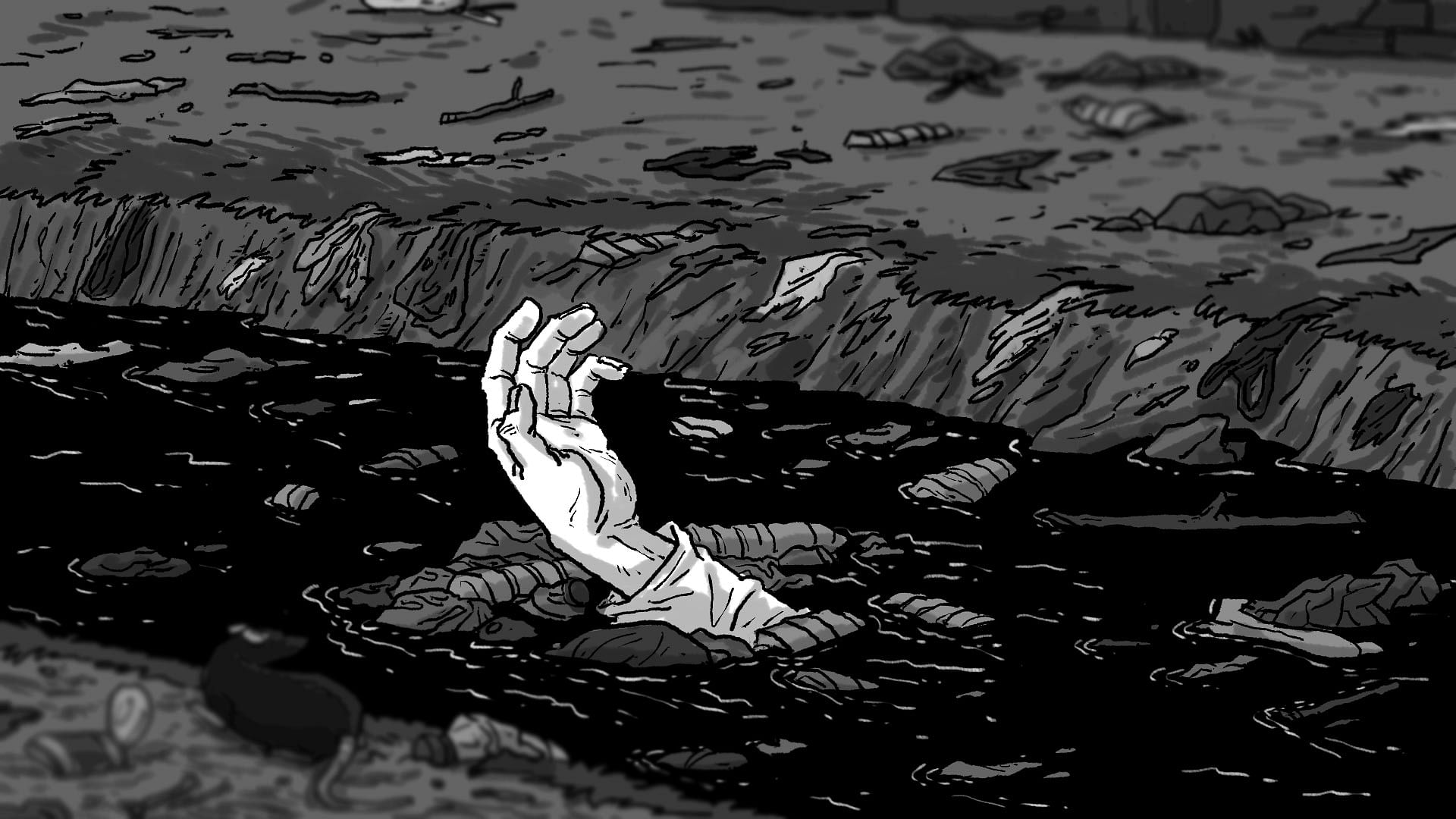