Hiran’s SUV, which he had reported missing, was found outside Antilia filled with explosives. A week later, his body was found.

The mysterious death of Mansukh Hiran in Mumbai has created a political furore in the state, with the Opposition taking potshots at the state government and the Mumbai police.

Hiran, who ran a car accessories business in Thane, was the owner of an SUV filled with explosives that had been found near Antilia, industrialist Mukesh Ambani’s home, on February 25, along with a letter addressed to Ambani and his wife. Hiran, who lived in Thane, had reported the Mahindra Scorpio vehicle as stolen to the police a few days before.

He went missing on the night of March 4. His body was found on March 5 in a creek along Mumbra Reti Bunder road.

Crucially, on March 2, Hiran had written a letter to Maharashtra chief minister Uddhav Thackeray, claiming he was being harassed by the media and the police. Asking for police protection and legal action, Hiran’s letter specifically pointed fingers at joint commissioner of police Milind Bharambhe, assistant police inspector Sachin Vaze, and a Mid-Day journalist.

The contents of Hiran’s letter

In the letter, Hiran wrote that at 6 pm on February 17, he had been driving from Thane to Mumbai in the Scorpio that would later be found outside Antilia. Soon after passing the Thane toll, he wrote, he noticed steering issues with the vehicle and parked it on the Eastern Expressway highway near Nahur flyover.

Leaving the vehicle behind, he took a taxi to Mumbai.

After a futile search for the Scorpio, Hiran wrote, he went to Vikhroli police station and registered an FIR.

There were no developments until February 25 at 11 pm when “2-3 policemen” from the anti-terrorism squad came to Hiran’s home.

“To add to my further shock and surprise, they informed me that my Scorpio was found stationary somewhere near the house of Mr Mukesh Ambani...and some explosives were found in the said vehicle,” he wrote. “They interrogated me and left. Thereafter, at about 11.45 pm, 4-5 policemen visited my house from Ghatkopar police station, who also interrogated me and left. Thereafter, at about 2 am on February 26, 4 policemen from Vikhroli police station visited my house, took me to Vikhroli police station and detained me up to 6 am, and thereafter, they dropped me home.”

At this time, media organisations were pinging with reports on the Scorpio, found parked on Carmichael road near Antilia. The Scorpio contained 20 gelatin sticks and a letter, and had a fake number plate. The Mumbai police registered an FIR in the case at Gamdevi police station on February 26 against unidentified persons.

Hiran’s ordeal did not end there, according to his letter. He said he was grilled and interrogated by officers from the National Investigation Agency and by joint police commissioner Milind Bharambhe. “In spite of being a victim,” he wrote, “I am treated as an accused.”

Simultaneously, Hiran said he was also fielding phone calls from newspapers and news channels, who “harassed” him and his family. At 9.39 pm on March 1, he wrote that he received a call from “one reporter from Mid-Day named Mr Faizan Khan, who told me that I am the suspect in the case”.

“I state that the said police authorities and the news reporters have no lawful authority to harass me and my family members and disturb our peace,” the letter said. “I am being unnecessarily victimised again and again at the hands of policemen and police authorities...I seek the kind intervention of your good selves for my family from the harassment by the said policemen and news reporters.”

On March 4, two days after the date on the letter, Hiran went missing. His son, Meet, registered a missing person complaint at Naupada police station at 2 pm on March 5.

According to Jaideep Gosawi, assistant police inspector at Naupada police station, Meet said in his complaint that his father had been missing since 8-8.30 pm on March 4.

“Hiran had left alone from his residence at 8.30 pm, saying that he was going to Godbunder road,” Gosawi said. “He told his son that he had received a call from someone and that he would return home after the meeting. When his son called Hiran at 10 pm, his phone was switched off. So, the family asked around in the morning and then came to the police station to register the complaint by noon.”

A body was retrieved from the Mumbra creek on March 5 and was identified as Mansukh Hiran. The postmortem report noted “no visible external injuries on Hiran's body”, according to the police.

Mid-Day: ‘All we were doing is our job’

But what about the allegations made in Hiran’s letter?

Tinaz Nooshian, the editor of Mid-Day, told Newslaundry that the authenticity of Hiran’s letter has not been established yet.

Was she aware of the phone call between Mansukh Hiran and her newspaper’s crime correspondent, Faizan Khan?

Nooshian replied, “Well, we’re journalists who report on stories that are important to the paper. The Ambanis are Mumbai residents and it’s a story that is of value to every newspaper. We were only doing our job. When a certain individual has been named in a particular case, it is our job to call up that individual and get his reaction.”

What about Hiran’s allegation in his letter, that Khan had called him a “suspect” in the case?

“They will have to establish the fact that Mr Khan called him a suspect and all we were doing is doing our job,” Nooshian said. “It is our responsibility to get a reaction from all those who are involved in a particular case. That’s all Faizan was doing and that’s all Mid-Day was doing.”

On whether the purported phone call from Faizan Khan counted as “harassment” by journalists, she said, “Does making a call to somebody – who’s been named in a particular case to get his reaction – count as that? Faizan is also identifying himself very clearly as a journalist belonging to a particular newspaper that carries a certain legacy. It is not an anonymous call.”

Newslaundry repeatedly tried contacting joint police commissioner Milind Bharambhe and assistant police inspector Sachin Vaze, both of whom were mentioned in Hiran’s letter. We received no response from Bharambhe. Vaze said: "He has not said that he was harassed by me."

Newslaundry also contacted the office of home minister Anil Deshmukh and was told that Deshmukh will bring up the issue during the ongoing state assembly session. This report will be updated if a response is received. 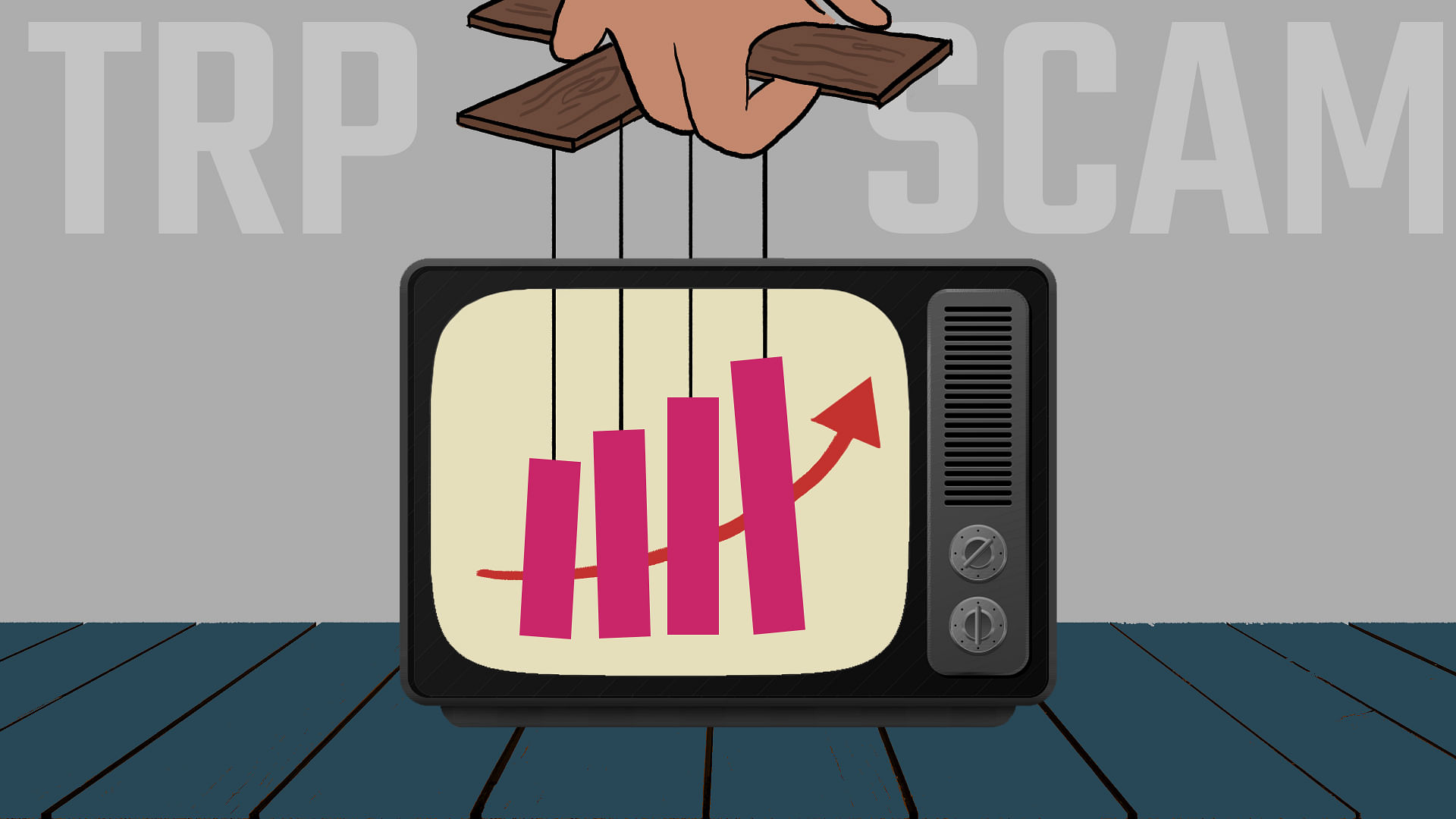 There was a ‘TRP scam’ before Republic TV. What happened to it?