In defence of multi-phase polls, and why the media must do better

These polls have implications for parties, the nature of their campaigns, the electoral mood, and media coverage.

In January 2006, the Election Commission sent KJ Rao to West Bengal as a poll observer. The state was poised to vote in the assembly election in March and April that year.

Rao’s reputation preceded him, as he was perceived as a hero for conducting a smooth, fair and largely violence-free election in Bihar in November 2005. The media saw it as the “Bihar model”, and Rao was credited with supervising the EC’s fight against widespread electoral malpractices in the state.

When he was sent to Bengal, India Today reported at the time: “Besides judiciously deploying state and central security forces, Rao travelled through the state to learn about electoral malpractices and then set about trying to minimise them.” Identifying the political challenge that Rao faced in ensuring a fair election, Business Standard observed: “Rao, who invited the ire of the Lalu Prasad-led RJD for his fair and peaceful conduct of the Bihar elections...is expected to ruffle feathers in West Bengal as well.”

The “Bihar model” was the result of a gradual process to improve poll administration, initiated in the mid-1990s by then chief election commissioner TN Seshan. Along with going into the details of personnel entrusted with poll duty and deploying state and central security forces, Seshan also revamped the approach to conducting an election with initiatives like photo identity cards for voters.

To add to that, an important step was the scheduling of polls in multiple phases for the better deployment of forces and focused administration. This miffed some sections of the political class. In February-March 1985, ahead of Bihar’s assembly poll, Lalu Prasad Yadav quipped: “Ye Seshanwa chunav karwa raha hai ki kumbh?” Is Seshan conducting an election or kumbh?

The effects of the changes initiated by the EC under Seshan were not immediate. But over the years, in a state that had witnessed rampant muscle power and electoral banditry executed through the rogue force of “booth management”, poll administration was never the same again. 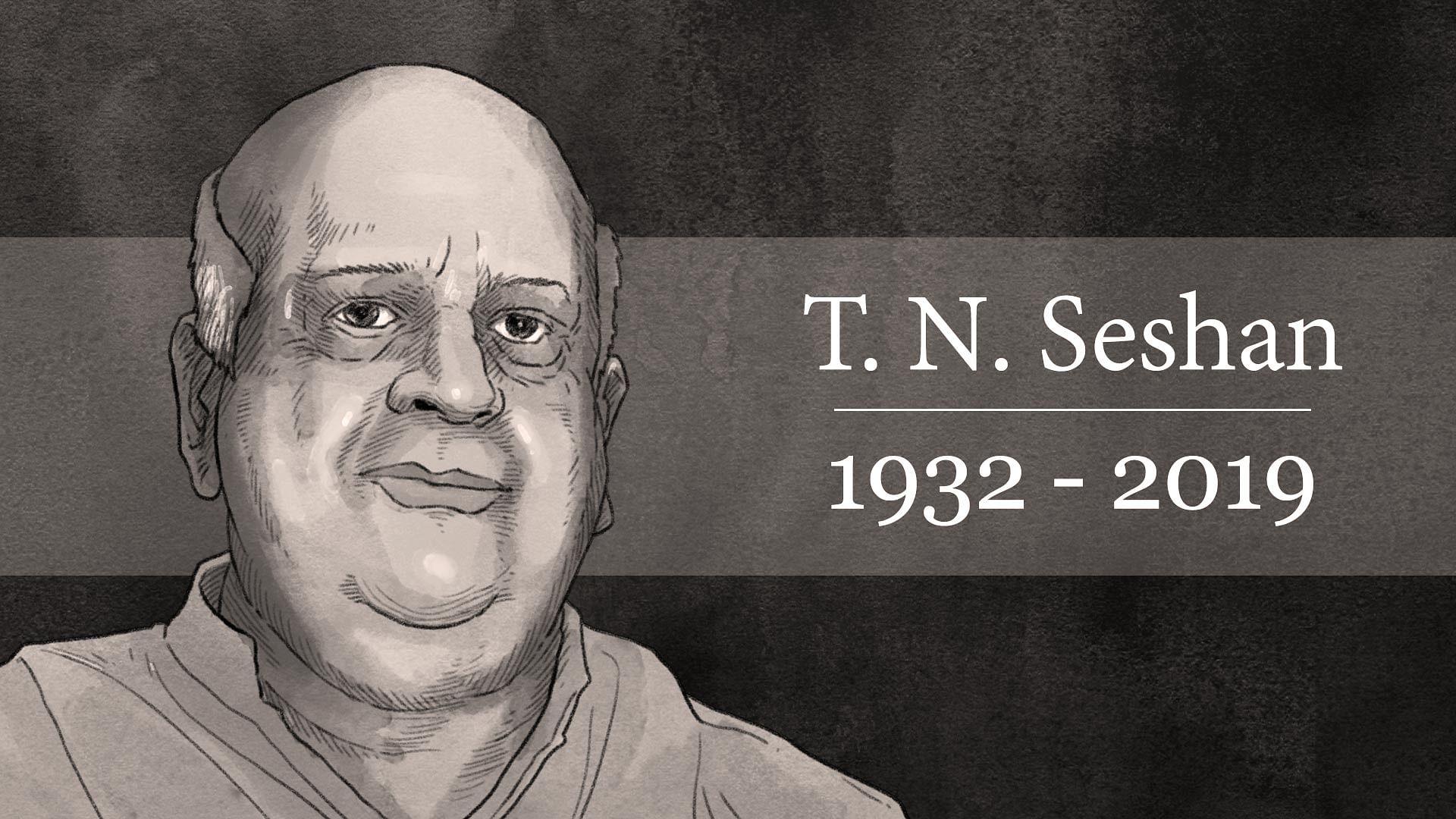 TN Seshan: The crusader and newsmaker India needed in the 1990s

Various studies done in the second half of 1990s and the first decade of the present century showed the high level of trust that people placed in the EC. While A Cross-Sectional Analysis of National Electorate (Sage,1999) ranked the EC as having the highest level of trust among public institutions in India, almost a decade later, a study published in the State of Democracy in South Asia: A Report (Oxford University Press, 2008) reaffirmed this high level of faith in the poll body.

Over the years, conducting multi-phase polls has become common for larger states or those grappling with law and order concerns. Given the daunting logistical and administrative challenges, the EC has done well to retain public faith. While a logistical exercise on such a scale may run into controversies about inept handling by a few clumsy officers, the public view is, in general, far from buying into conspiracy theories floated by political interests or peddled on social media platforms. However, the EC must work on minimising such incidental errors lest they be played up by vested interests.

Over the course of time, multi-phase polls have had different implications for political parties, the nature of campaigns, the electoral mood, and media coverage of elections.

For political parties, the staggering of poll days across different constituencies has meant strategising campaign resources in different time slots in the final days before polling day.

The same goes for the momentum of voter mobilisation too, which can take two forms. The nature of a campaign will not see much variation over different phases if just one issue dominates it. But if no single issue engages different constituencies across sections of the electorate, then multi-phase polls allow candidates and parties to focus on constituency-specific issues and the reading of the popular pulse. This can play a role in nudging an undecided voter towards a particular party.

In the second scenario, as voting moves from one phase to the other, this can shift campaigning patterns and, hence, the outcomes too. Flexible campaign teams make that adjustment. For instance, the Bihar assembly poll last year wasn’t dominated by a single issue across constituencies; it was a “wave-less” election and required specificity in constituency strategy. The shift in the NDA’s campaign from phase one to two to three was seen as crucial in overcoming the reverses it faced in the first phase. By the end of the three-phase election, the NDA managed to get a slight edge over the Grand Alliance – something many pollsters and reporters had missed in their assessment.

But the spreading out of polls over multiple phases also has implications on the way they are covered in the news media. Sometimes stretching on for over a month, election coverage can often drown out other news stories over a protracted period. This brings its own fatigue to news consumers, especially those without much inclination towards politics.

Moreover, it has repercussions on the way elections are reported too. The length of multi-phase polls has led to an event-driven stream of competitive parachute journalism in political reporting. The time frame provided by long-drawn polls has, in a way, contributed to it, though the results aren’t too healthy for political understanding. With the advent of many digital news platforms, which do not have bureaus or correspondents in different parts of the country, this is more common, and a few aspects of this process are increasingly obvious.

First, much like politics, a large part of political understanding is about entrenchment. Bereft of that deeper involvement with the political attitudes and socio-cultural milieu of a region, the parachuted poll reporters often go for low hanging fruit like a civic audit of development – a round-the-year activity which anyway makes it to the regional media and even regional sections of the Delhi-based media. There is also the recourse of interviewing party leaders and candidates, and taking soundbites from people. With elections being an exercise to ascertain voting preferences, the results of which aren’t far away, the new media’s eagerness to assess it beforehand will remain an intriguing extravagance of the news industry.

The larger goal of understanding political attitudes would be better served by studies done over a longer period of time. They are likely to have a shelf life that would outlive the conclusions that news platforms offer within a few weeks of reporting. Moreover, even the more rigorous studies need to revisit for a larger sphere to observe, a bigger pool of respondents, and to spot elements of change and continuity.

It isn’t that all the local reporters, or every state bureau of media houses, can claim a firmer grasp of the polls. During the Bihar election last year, there was a blend of local reporters and those joining them from the national capital. However, that only added to the length of their analysis; neither the bureau correspondent nor the one from Delhi could claim to have read the political contest well.

In the digital space of news, the pressure to go viral is also palpable. While covering the polls, the parachuted journalists want us to believe that they have landed at the most defining spots of the electoral battle and its entailing issues. However, what is even more visible is the tilt of what they have set themselves to tell. The fact remains that they went with a narrative and got the story they wanted to tell. So, it becomes predictable for news consumers who are familiar with the platforms’ inclinations.

Premised on sound administrative reasoning, multi-phase polls are now a part of how India votes. In the process, it has nudged political parties to strategic adjustments. However, its effects on the news media has seen a type of poll reporting which isn’t contributing much to political understanding.