Suresh Sonar died running from one hospital to another for oxygen.

The older man was Suresh Sonar, 60, a fruit seller from Nangla Battu, Meerut. He was being moved by his teary-eyed sons Shivam and Ankit while his brother Ramesh and wife Babita watched on helplessly.

“What happened to you?” Babita sobbed. “You were all right till yesterday.”

Suresh had developed fever on April 26. “He felt weak but we decided to treat him at home,” Babita said. “On TV we saw ghastly things happening in hospitals. So we did not want to get him admitted.”

Ankit and his mother Babita at their home in Meerut’s Nangla Battu.

For three days, medicines helped control Suresh’s fever, but it would return. On April 29, Suresh and Ankit, 28, went to a local doctor. “The doctor said he would be alright and that there was no problem,” Ankit recalled.

The doctor, S Kumar, had checked Suresh’s oxygen level. “I don’t know what the level was,” the son said. “We were not told.”

At around 8 pm, after climbing up the stairs of his newly-built home, Suresh felt breathless. “We moved into this house in January,” Ankit told Newslaundry. “My father started out as a fruit seller on buses, then he set up shop as a juicer on the Stadium road and later bought space to set up a fruit shop. This home was erected on his sweat and toil.”

Ankit contacted the doctor again. For the first time, Kumar suggested a Covid test. “He said you can get it done only to ward off your suspicion, so we chose to not get it,” Ankit said.

At 4 am the next morning, Suresh’s breathing grew more laboured. “I gave him some medicines and he went back to sleep,” Babita recalled. “At 6 am, he woke up for tea and biscuits and struggled to breathe.”

It was April 30. After breakfast, Babita, Ankit and Shivam took Suresh to Nutema, a private hospital on the city’s outskirts. Suresh passed out enroute. “At Nutema, the doctors said father needed a ventilator and they didn’t have one,” Ankit said, adding that his father’s oxygen level was checked once again. “We weren’t told his oxygen level.”

At noon, Suresh was moved from Nutema to the nearby Lala Lajpat Rai Medical College, Meerut’s biggest covid facility.

There, as Ramesh and Shivam struggled to find the Emergency, Babita fainted. She came to once Ramesh splashed water on her face. When the family finally got directions to the Emergency, located about 300 metres away, their rickshaw broke down. A helpless Shivam and Ankit shifted their father to a scooter, sandwiched between them, to cover the rest of the distance.

There was no place for Suresh at the Emergency. “There were no beds. The doctors asked us to lay him on the floor,” Babita said, angrily. “We were told there was no oxygen.”

After a while, Suresh was taken for an ECG and Ankit spotted a flatline. “He had passed away,” he said. Outside the Emergency, Ramesh told us Suresh couldn’t be saved because the family wasn’t able to access medical resources on time. “We were running around but couldn’t procure anything,” he said. “Everything is ruined now. What is left?”

And yet, for assurance, Suresh was moved from the medical college to Anand, another private hospital in the vicinity. There, he was declared dead for the second time.

“We felt that there was no healthcare system in place when we needed it,” Ankit said. “Government is responsible for the suffering of common people.”

Indeed, the government deserves blame not only for the lack of medical resources and care, but also its public health messaging. Across western Uttar Pradesh, sick people with Covid symptoms crowd private clinics where doctors do not always provide the best diagnosis. Suresh couldn’t get timely medical attention because of, first, the widespread stories about hospital mismanagement, and second, a local doctor who was reluctant to advise a Covid test.

In the Sonar household, no one is vaccinated. “I have heard people are getting their second shots now,” Ankit explained. “Which means we missed the first shot. So what’s the point of getting vaccinated now anyway?”

The tragedy of Suresh’s death has befallen his family when they are struggling financially owing to the lockdown. “My brothers were beaten by the police a few days ago when they tried to sell fruits outside,” Ankit said. “It is in times such as this that we miss our father the most. When he was around, every little problem would just solve itself.” 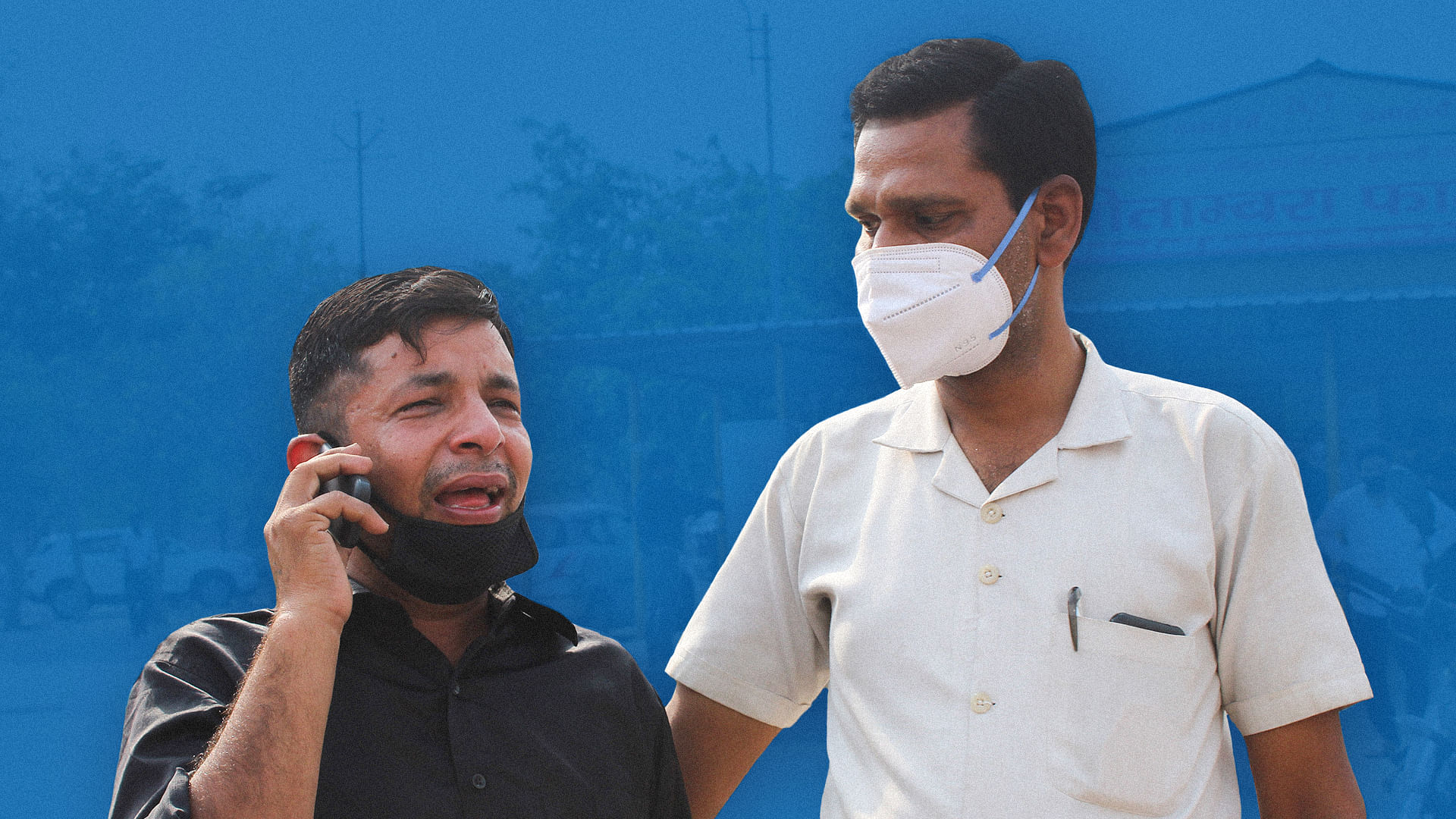