Has primetime TV covered anything beyond Sushant Singh Rajput lately? Sort of

In the past two weeks, some news channels hosted debates on NEET-JEE, the Bengaluru violence, even loan moratoriums. But the Bollywood actor’s death still dominated news space.

Lest we forget, India is still tackling the Covid pandemic. With over 3.3 lakh confirmed cases, India saw its highest one-day spike in cases yesterday and remains the third worst-affected country in the world after the United States and Brazil.

But if you’re an avid watcher of Indian TV news, you’d be forgiven for assuming that the only issue of national interest right now is the investigation into the death of actor Sushant Singh Rajput. “Investigation” is putting it politely: channels have outdone each other in their journeys to the bottom. From cooking up conspiracy theories to trashing a woman’s character to heckling delivery boys trying to do their jobs — our channels have done it all.

This week was no different. Times Now found a “drug cartel” angle to weave into its “investigation” into Rajput’s death in June.

And yet. Some TV news channels, amid this torrent of exposés and exclusives, expanded their coverage to other issues too. But did they succeed? Here’s a rundown of some of the primetime shows on a few channels in the last two weeks.

On August 17, 18, 19, 20, and 21, NDTV’s Ravish Kumar discussed several things: students’ concerns over NEET and JEE, whether the New Education Policy would “transform” India’s education system, the contempt of court proceedings against lawyer Prashant Bhushan, and the Wall Street Journal report on Facebook India.

Between August 24 and 25, Kumar also talked about the effects of Covid on the orchestra industry, the turmoil within the Congress, job losses, the distressing condition of Covid wards in Chhattisgarh, and the Bombay High Court’s quashing of the FIRs against foreign nationals who attended the Tablighi Jamaat congregation in Delhi in May.

Rajput did come up, but Kumar chose a different tactic. With the investigation into Rajput’s death being transferred to the CBI, Kumar listed cases where the CBI did poorly, such as the murder of rationalist Narendra Dabholkar in 2013, and the death of actor Jiah Khan in 2013.

Also on NDTV, anchors Vishnu Som, Rashika Baruah and Sanket Upadhaya each held debates on NEET-JEE on August 25. Som discussed the issue with parliamentarians like Bahujan Samaj Party spokesperson Sudhindra Bhadoria and Aam Aadmi Party MLA Raghav Chadha, while Baruah connected with students from Dubai, Qatar and Mumbai to underline the hardships of sitting for important exams during a pandemic. Apart from discussing the exams, Upadhaya also discussed the frenzy over actor Aamir Khan meeting the wife of the president of Turkey in Istanbul.

Anchor Tanvi Shukla deserves appreciation for her debate on August 26 on her show On The Urban Debate. In a deviation from the usual news coverage, Shukla focused on issues surrounding loan moratoriums. Additionally, on August 18, Shukla took her views through the issue of private schools barring students from attending online classes over the non-payment of fees.

On August 20, she held a debate on the row over the Facebook post that allegedly sparked the violence in Bengaluru earlier this month, and held another on August 21 on whether it’s safe to allow festivities during a pandemic. Shukla also held a debate on Rajput’s death on the same day, where she discussed the CBI’s probe into the actor’s death and assessed whether “justice will prevail”.

Anchor Marya Shakil hosted at least three debates on NEET and JEE between August 20 and 25. On August 22, she discussed the Bengaluru violence, speculating on whether the Popular Front of India and the Social Democratic Party of India should be banned. Shakil also revisited a much-forgotten issue on August 18 — the PM-CARES Fund, after the Supreme Court refused to direct the Centre to transfer contributions made to the fund to the National Disaster Response Fund.

Besides, the channel had some episodes on the Congress divide on August 24, and on August 20, on the job cuts among salaried sectors . Anand Narsamihan, on August 20, also discussed the heavy downpour in Delhi and its adjoining cities like Gurugram, Noida and Faridabad, which led to waterlogging in several areas.

In his show Brass Tracks on August 21, Zakka Jacob held a 16-minute discussion on Rajput’s death, assessing whether the involvement of director Mahesh Bhatt was “instrumental” in Rhea Chakraborty “leaving” Sushant. On August 17, Jacob also assessed whether a CBI probe will reveal the “truth”. It should be pointed out that on August 20, Jacob discussed whether it would be good for India if Kamala Harris becomes the vice-president of the United States.

In its debate on August 23, ABP News returned to India’s favourite scapegoat, Pakistan. Anchor Rubika Liyaquat delved into mobster Dawood Ibrahim’s presence in Pakistan in the context of Pakistan releasing, among other things, Ibrahim’s address in Karachi.

On August 25, however, Liyaquat’s show discussed NEET and JEE, where she said: “Sarkar ko nateeja nikaalna hi hoga. Sarkaar kyun ruk rai hai, kya cheez rok rai hai unhe to postpone this exam?" In other words, what is stopping the government from postponing the exam?

But the “sensational SSR case” found multiple mentions on ABP, along with the turmoil within the Congress party. Both were discussed by anchor Sumit Awasthi on August 19 and 24, respectively.

India Today has been contributing to the discourse on Rajput in a large way. Rahul Kanwal centred his debates around Rajput’s death on August 21, discussing “what happened the day Sushant died”. Pakistan and Dawood Ibrahim got some airtime in his show on August 22.

India Today’s Rajdeep Sardesai, while discussing Rajput and the CBI’s record in probing high-profile celebrity cases on August 19, still covered a range of issues between August 18 and 26. He discussed NEET and JEE and the Gurugram floods, and then combined several issues into a heady cocktail by discussing whether the “battle for Bihar was Sushant’s death, floods, or Covid”.

On her show To The Point between August 13 and 26, Preeti Chaudhary covered Rajput (“Will SSR’s death be an election issue in Bihar?”), the NEET-JEE row, the Bengaluru violence, the political drama in the Congress, and whether cricketer MS Dhoni might try his luck in politics. She also hosted a show on the controversy over the film Gunjan Saxena.

Between August 18 and 24, Aaj Tak held at least five debates on Rajput’s death and the tumult in the Congress party. Anchor Rohit Sardana hosted two debates on the NEET-JEE issue on August 23 and 26, and one on the PM-CARES Fund on August 18.

On August 16, she discussed Rahul Gandhi’s allegations that the Bharatiya Janata Party and the Rashtriya Swayamsevak Sangh “control” Facebook and WhatsApp. On August 18, she offered her viewers a “special report” on the Bihar floods that was under three minutes long. Why waste an hour, after all, discussing a flood that affected over 69 lakh people?

The less said about Republic’s month-long tirade over Rajput’s death, the better. But in a departure from tradition, editor-in-chief Arnab Goswami hosted a 40-minute debate on the NEET-JEE issue on August 24, where he said he’s “apologetic to all students for not being able to take this up for so long”.

Don’t worry, anchor Amish Devgan was around to remind viewers of Hindu-Muslim discord in the country. It’s been over three weeks since the breathless coverage of the bhoomi pujan in Ayodhya, but it wasn’t enough for Devgan.

On August 20, he discussed the Ram temple and asked why the Congress is claiming, apparently, that the party’s “reverence to Ram is real”. He said: “Ab BJP sawal utha rahi hai ki agar Congress ki Ram Bhakti sachchi hai, to use vigyapan dekar sabit karne ki zaroorat kya hai?” (Now, the BJP is questioning if the Congress’s “devotion’ to Ram is “pure”. Why is it endorsing its Ram bhakti through advertisements?)

Between August 18 and 24, Devgan’s other debates covered the Bengaluru violence (“Danga Gang: Ho Jao Savdhaan: Danga Karoge to Pai-Pai Bharoge”) and the turmoil in the Congress party (“Congress mein shuru hui bagawat, BJP se shikayat”). On August 21, his programme on CNBC Awaaz pondered on whether “jihadi soch” is a threat to freedom.

But at the end of the day, what of the real threat of job losses, the worsening pandemic, the natural disasters that have hit states? In his primetime show, Ravish Kumar cited analysis by Kroordarshan, which analyses the Indian media through “data and memes”.

According to Kroordarshan, between June 15 and August 15, only one debate on the channels surveyed was centred around Covid; 386 debates were on other issues.

In other words: For the last four months, there’s been such sparse reporting on health issues. People are dying outside hospitals. They are recording themselves being left in the lurch by authorities. Still, it’s the Indian TV news channels’ propaganda that appears to be the need of the hour.

The coronavirus crisis has shown how precarious the media model that runs on ads is. And how essential it is for the media to be powered by paying readers and viewers to be free and independent. For when the public pays, the public is served and when the advertiser pays, the advertiser is served. Pay to keep news free by subscribing to Newslaundry today. 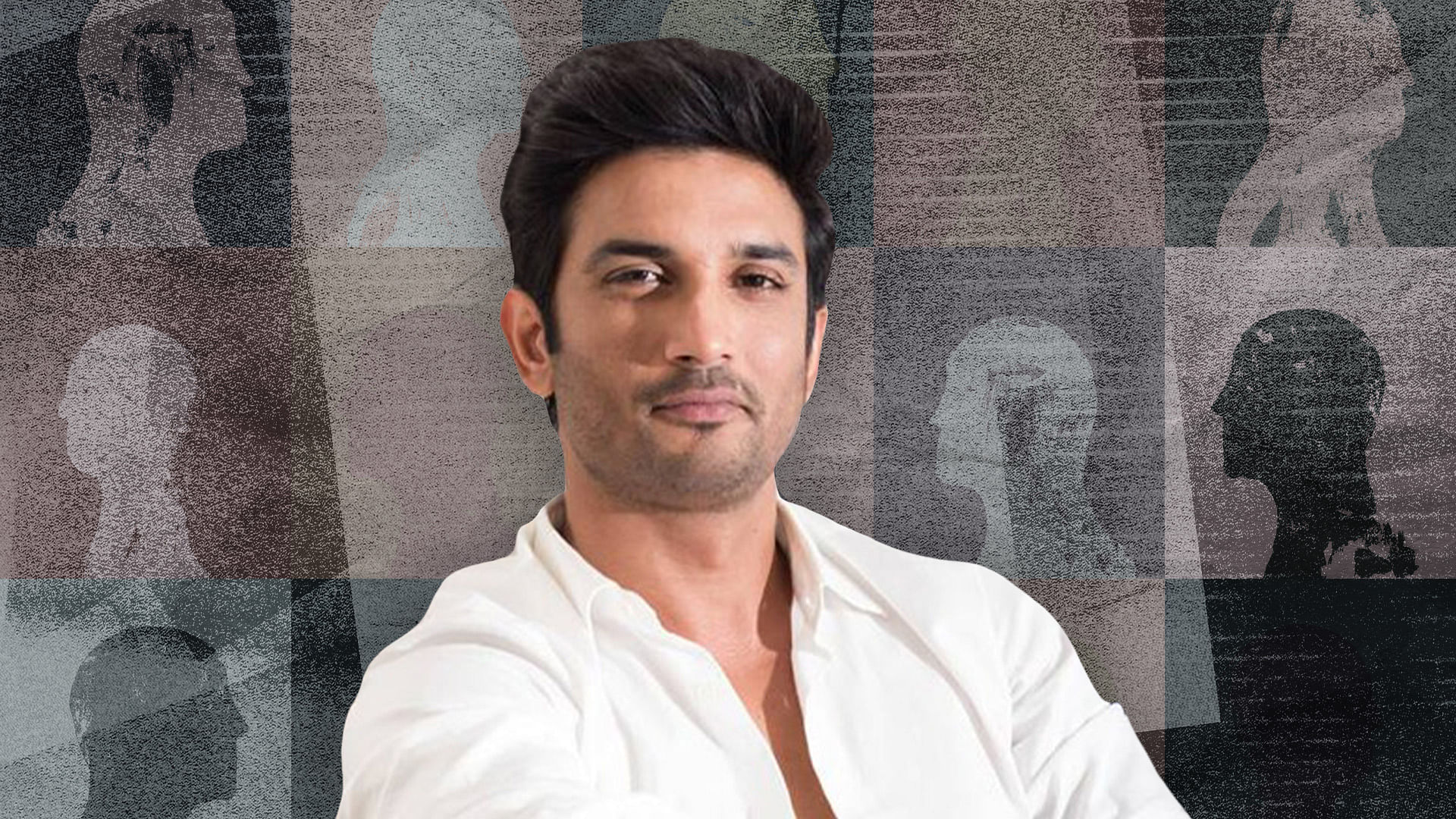 Guide To Depression: For Dummies and News Anchors