Father Stan Swamy, an 84-year-old Jesuit priest and tribal rights activist, died yesterday. He had been in jail since October.

“All of us in the legal profession, all those who opposed his bail applications, all those who framed him in a false case, all those who knew that he was 84 and has many comorbidities – all of them who knew he would die and yet did what they did are responsible for his death,” senior advocate Colin Gonsalves told Newslaundry last night, hours after the news broke of Stan Swamy’s death.

Father Stan Swamy, a Jesuit priest and tribal rights activist, died yesterday, two days after he was placed on a ventilator following a heart attack. Swamy, who had worked closely with Adivasis in Jharkhand for over five decades, was arrested last October in connection with the Bhima Koregaon case. The National Investigation Agency charged him under the draconian Unlawful Activities (Prevention) Act and accused him of having links to Naxals and the banned CPI (Maoists).

Swamy was in frail health. He tested positive for Covid in May and sought interim bail citing the pandemic. He also cited his various health issues, including Parkinson’s disease, hearing loss, and tremors, but the court rejected his plea. He was one of the oldest people in India to be charged under the UAPA.

On May 22, he told the Bombay High Court his health was deteriorating. The court asked if he wanted to be admitted in a government hospital for “general treatment” but Swamy said he’d been admitted twice before and did not think it would help.

“I would rather die here,” he said. “I would prefer this than be admitted to hospital. My request to the judiciary is to grant me interim bail...I prefer to be with my people in Ranchi.”

At 2.30 pm yesterday, when the Bombay High Court took up the matter of Swamy’s bail hearing, his counsel Mihir Desai said the doctor treating Swamy needed to say something. The doctor told the court, “It is with a very heavy heart I have to inform you that Father Stan Swamy has passed away.”

“The only thing he wanted was to go back home and die there,” senior lawyer Nitya Ramakrishnan told Newslaundry. “He was expecting death.”

‘Accused of an artificial conspiracy’

“In a soft voice, he told the court he will die in prison,” he said. “There is nobody in the legal profession who came forward and addressed his discomfort...Nobody bothered. Nobody dared.”

According to Gonsalves, this is an “indictment” of the entire legal system. “The system has become inhumane, evil and cruel,” he said. “What is the point of talking about public interest litigation when the system operates in such a cruel way?” 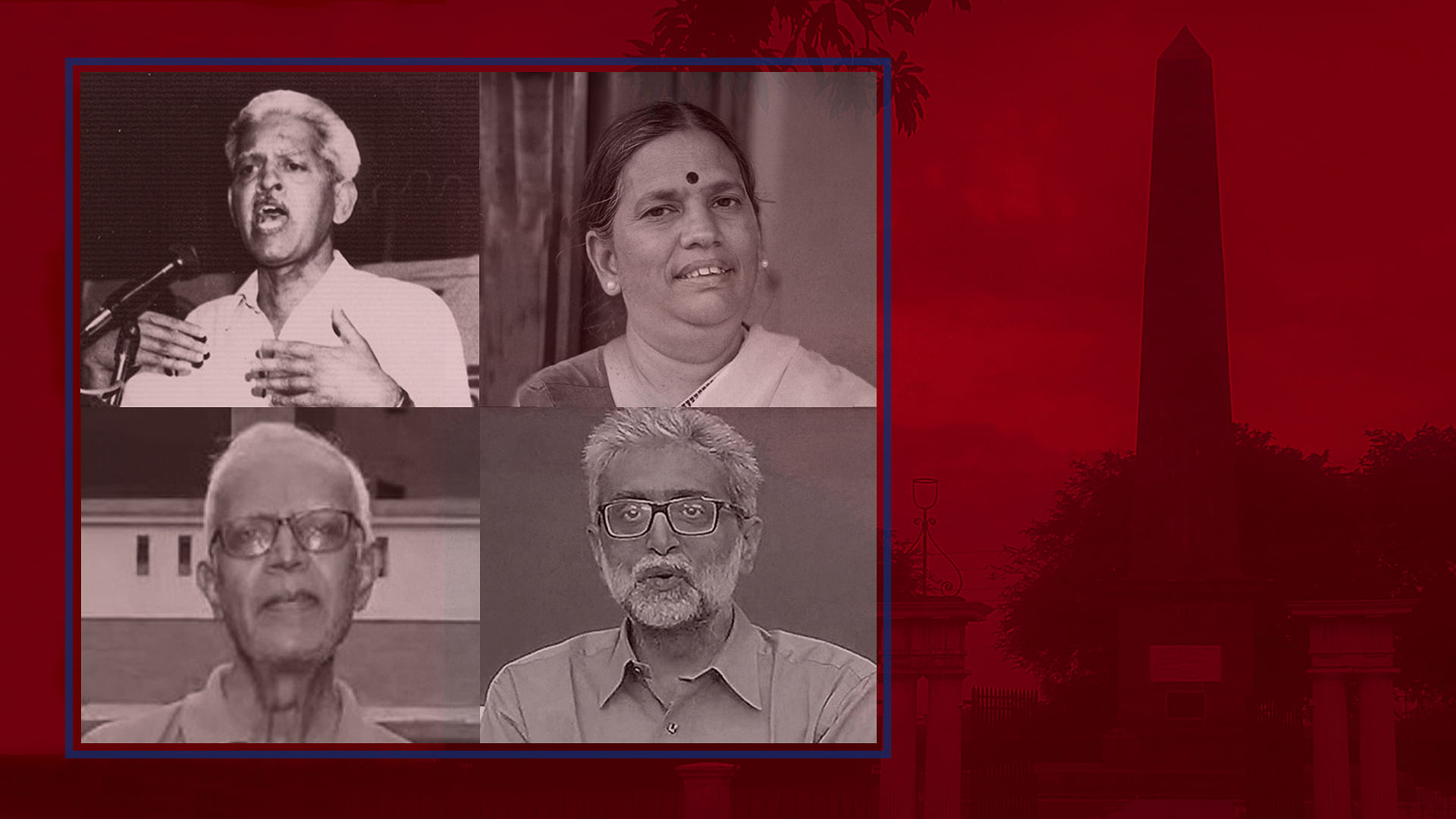 He said he is doubtful if Swamy’s death will shake up judges and the legal system to try and reform. “We have now gone past the point of reform and have become too insensitive.” He pointed out that other political prisoners are still in jail, with the intention that they should “die in prison” because there is no evidence to convict them.

“The intention of the prosecution is that they should die,” he said. “What more evil can you get than that? Indian governments are worse than the British. They have insatiable appetites for death, for torture.”

Senior advocate Rebecca John told Newslaundry that it is a matter of “deep pain” that in a country whose jails overflow with undertrial prisoners, an 84-year-old man in frail health was picked up and accused on charges that are yet to be examined by a single court.

“The case for which he was booked has not progressed,” John said. “Nobody has been discharged by the court, which is essentially tasked with the job of looking at materials produced by the prosecution to find out whether there is sufficient material to go in for a trial or not. Even that has not happened.”

Due to the pandemic, John explained, the Supreme Court had issued guidelines under which every high court set up high power committees that laid out categories on who should be released on bail. But Swamy’s ill health did not matter to authorities.

“He was infected with Covid in May. He was in an extremely vulnerable category,” she said. “Yet you did not think this was a man whose health vulnerabilities required him to be released forthwith.”

John underlined that this is a moment to reflect on where stringent laws like the UAPA are taking the country, what it does to individual citizens, and how it criminalises the vulnerable and the elderly. “It is deeply upsetting in a country such as ours, which is governed by our constitution, that we have such laws which criminalise thought and actions that are not palatable to the state.”

She continued, “At the end of the day, what are you accusing him of? Not murder or dacoity, but some kind of artificial conspiracy to bring down the state.” Now is the “right time”, John reiterated, to stop the mindless endorsement of laws like the UAPA.

‘Died at the hands of the State’

Ramakrishnan, who represents Gautam Navlakha, Swamy’s co-accused in the case, said arresting Swamy was nothing but the “criminalisation of dissent”.

Ramakrishnan has not met Swamy in person but said that “by all accounts” he was an “extremely gentle soul” who lived a simple life and had great dignity. “The only thing he wanted was to go back home and die there,” she said. “He was expecting death. A system which persecutes people like him is very wrong but then we have to also fight the good fight.”

Advocate Karuna Nundy asserted to Newslaundry that Swamy “died at the hands of the State”.

“He has died in custody,” she said, “suffering cruel and inhumane treatment at the hands of the State.” She described Swamy as seeming “more gentle, more inspired, more generous” than most people.

Nundy cited other political prisoners like Sudha Bharadwaj and Umar Khalid and said they need to be released, and that the State should stop using “people’s apparatus and money” to “jail the BJP’s political opponents”.

“The State owes his loved ones, and all citizens, accountability of the individuals who made the decisions that killed him,” she added.

In contrast, senior advocate Anand Grover said to arrive at a conclusion now and hold anyone accountable for Swamy’s death would be “speculative reasoning” and not “good enough”.

“We need to know more facts before we come to a clear conclusion. He was already ill and what happened in prison and in the hospital – we need to have the records from there,” he said, adding that he would rather not jump to conclusions and make general statements.

Grover added that he was certain that prison harmed Swamy but whether that was the cause of death will only be ascertained when backed with proper facts and the required legal documents.