Several Hindi reports relied on ‘unnamed sources’ and police quotes in the case of a 29-year-old man arrested in connection with the racket.

“Corona se yatra ruk sakti hai, aastha nahi.” Corona may bring travel to a halt but it can’t stop someone from worshipping.

This is what a BJP poster recently said in west Delhi’s Uttam Nagar. The poster carried a picture of local MP Parvesh Verma and urged “kanwadiyas” – followers of Shiva – to telephone a certain mobile number if they were interested in getting Gangajal. Kanwadiyas usually take a pilgrimage, or Kanwad yatra, in July to pay obeisance to Shiva with Gangajal.

Barely metres away, in neighbouring Shish Ram Park colony, Lalita Bhola, 57, mourned her son Rahul Bhola’s decision to convert. She showed this reporter an old photograph of Rahul, who had gone for the Kanwad yatra with his friends. “He must have been 12 then,” Lalita said. “He had done this twice, travelling from Haridwar to Delhi.”

Rahul converted to Islam in 2018, and his ties with his family have been strained ever since. According to his conversion certificate, he now goes by the name Mohd Rahul Ahmed.

Lalita with a photo of Rahul.

The posters in Uttam Nagar.

Rahul was arrested in June by the Uttar Pradesh Anti Terrorism Squad in connection with a “mass conversion racket” purportedly spearheaded by one Umar Gautam, the chairman of the Islamic Da'wah Centre. While his family has no idea what the truth is, the story has found prime space in the media.

However, several of the media reports, especially those in Hindi, had one thing in common: they didn’t do their own due diligence, chose to rely solely on the UP ATS’s claims, and often wildly exaggerated the truth.

Newslaundry, which has been reporting on the story since it broke, decided to investigate Rahul’s case and how the media reported on it.

Rahul is deaf and non-verbal. He had completed his schooling from the Lady Noyce Senior Secondary School for the Deaf in Ferozshah Kotla and got a job soon after. He also took typing classes at the Noida Deaf Society, an organisation that offers training and mentoring programmes for deaf children.

On June 28, Rahul, 29, was arrested by the UP ATS in connection with a “mass conversion” racket. At the time, he worked as a sales executive with Daikin India. The UP ATS said he “used to come in contact with children who have hearing and speech impairment and lure them into converting to Islam”.

Newslaundry previously reported that the UP ATS’s FIR was filed in Lucknow on the basis of complaints from the parents of two students at the Noida Deaf Society, Abdul Manan and Aditya Gupta. Manan has since been arrested and is presently in custody; the ATS claims he is the “perpetrator” of the racket. How did Mannu Yadav and Aditya Gupta convert to Islam? 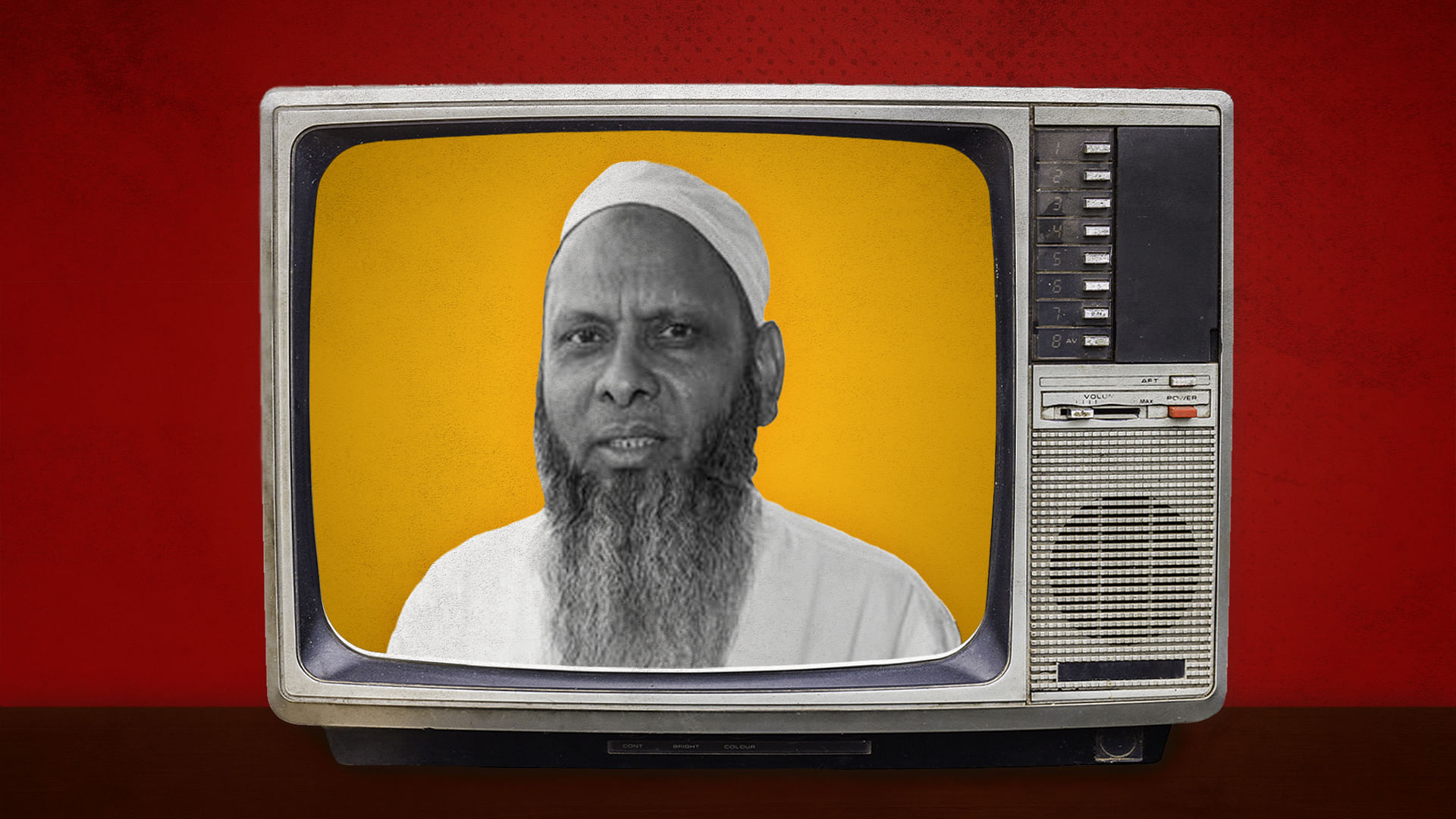 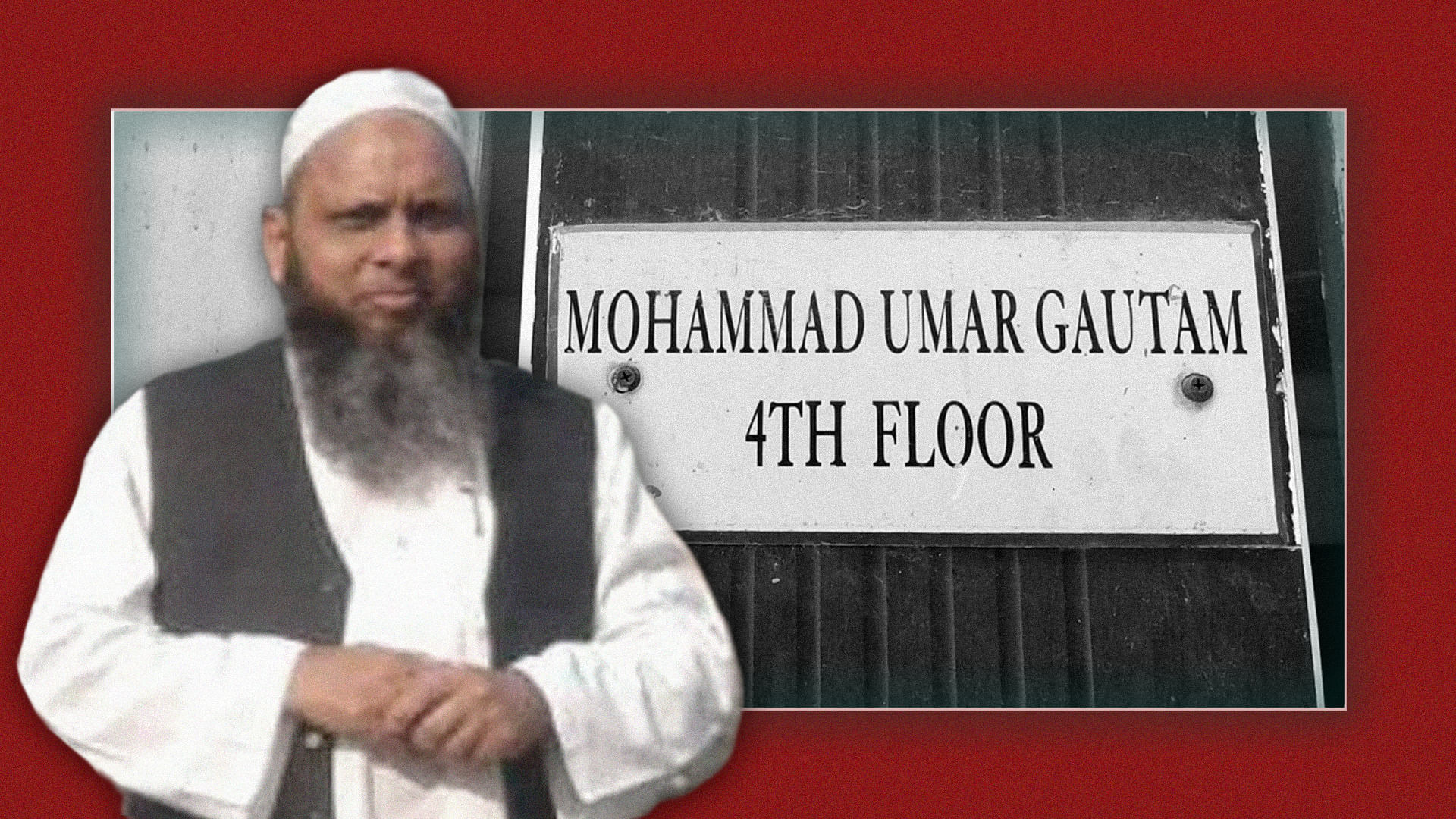 Ruma Roka, the founder of the Noida Deaf Society, has maintained that their work is “limited only to professional programmes” and that they “don’t teach religion” at the organisation. Rahul’s mother Lalita credited Roka with encouraging her son to attend several job interviews, which is “how he landed with a job soon after finishing school in 2015”.

The family – Lalita and Rahul’s older siblings, who did not want to be named – were vague on how he converted to Islam.

“He had a friend, Faizal, since childhood,” his sister said. “We would occasionally find skull caps in his school bag.”

In 2018, Rahul “suddenly began applying surma in his eyes, folding his pants to make them look like pyjamas, and using itra instead of regular perfume,” his sister alleged. Lalita added, “I remember him asking me what was the need to worship a Shivling and observe a fast on Ekadashi.”

In October 2018, the family said, things came to a head. Rahul told his family that he had converted to Islam on August 7, which was also his birthday. Several arguments later, he left home. In November that year, he married his longtime girlfriend Rita, who also converted and now goes by the name Khadija, at a mosque. His family did not attend.

Rahul’s brother contended that his brother fell victim to a “group that follows a person for years and brainwashes them, leading to conversion.”

Since Rahul left, the family’s communication with him was limited to the occasional video call, until the UP police came calling at their home and asked if they could verify his identity.

When the news of Rahul’s arrest broke, his brother claimed he had “seen Umar Gautam’s photo on his brother’s phone”. This is unverifiable. He also said Rahul had never mentioned Gautam in any conversations.

Lalita said the family is not following the case for the time being, or identifying a lawyer for their son. “If he accepts his mistake and agrees to mend his ways,” she said, “only then we will reach out to him.”

Does the family think Rahul is a victim of a “conversion racket”? His tone aggressive, Rahul’s brother replied, “How else do you think it is possible? My brother was being made to dance like a puppet..."

Between June 28 and July 31, the Lucknow edition of news daily Amar Ujala published at least four stories on the “conversion racket”. None of the reports quoted members of Rahul’s family; they all depended on unnamed sources or information from the ATS.

On page 2 on July 1, for instance, two days after Rahul’s arrest, Amar Ujala led with the headline “Jabran dharmantaran me kai aur radar par, jald giraftari”. Loosely translated, this means that several people had been “on the radar” in the “conversion” case, and that more arrests would take place soon.

The report in Amar Ujala.

While this is presented as fact, it isn’t quite true. On July 15, for instance, Newslaundry had reported on the cases of Abdul Manan and Aditya Gupta, both of whom are named as victims of this “conversion racket” in the UP ATS’s FIR. Both Manan and Gupta’s families were unable to establish a link with Umar Gautam. Additionally, no one could establish that the conversions hadn’t happened of their own free will.

Yet, on July 1, India TV cautioned that the “conversion racket is going on in a large scale across the country”. “It targets especially those who are worried, poor, deaf and non-verbal,” anchor Jyotsna Patni said.

The channel then chatted with Rahul’s mother Lalita, asking her whether her son had been “forcefully converted” and “brainwashed”, whether he had been “married following Muslim traditions”, and why “skull caps had been recovered from his bag”.

A screengrab from India TV's show.

The channel did not include Rahul’s wife Khadija in this coverage.

On July 2, India TV had another video report on the case, this time headlined “Dharmantaran ki nai sazish decode”, or “another plot of conversion decoded”. This time, Khadija, who is also deaf and non-verbal, was interviewed, responding to the channel’s questions in writing. India TV chose to flash this text on the screen during the conversation: “Rita ko Khadija kisna banaya?” Who transformed Rita to Khadija?

When asked if she was forced to convert, Khadija replied, “No.” She also wrote “Umar was good” and that “a person named Asif” had taken them to the Islamic Da'wah Centre. She denied allegations that Rahul had been involved in the religious conversion of others.

Yet the channel’s broadcast did not reflect any of her statements in its slug or ticker.

When Newslaundry tried contacting Khadija’s family, her brother Rohit said he was willing to speak on the phone. When asked if Rahul and Khadija’s conversions were “forced”, Rohit said, “We can’t say if it was forced but certainly my sister acted under someone’s influence. She did admit to subscribing to certain YouTube channels which would present such content.”

Meanwhile, on June 29, News Nation ran an “exclusive” interview with Lalita headlined “Maulana ko jurm kabool hai”. Cleric admits to his crime. Lalita talked about “finding skull caps” in her son’s bag. She didn’t say a word about Umar Gautam but News Nation still branded him a “mastermind” of the “conversion racket”.

But sections of the media have followed the same pattern while reporting on other cases too. In July, for instance, a big story was the UP ATS arresting two Muslim men – Minhaz Ahmed and Maseeruddin – from Lucknow on charges of “planning terror activities”.

The following day, the story was front page news in Amar Ujala, proclaiming that a “plot to cause blasts through human bombs in Lucknow and other cities” had been foiled. The story – like all its subsequent stories on the case throughout the month of July – was based on unnamed sources or information shared by the UP ATS at press conferences. The newspaper did not speak to the families of the accused.

But a local human rights group did. On July 13, representatives from the Rihai Manch met Minhaz and Maseeruddin’s families who said the UP police took away their family members “but didn’t tell the reason”. Maseeruddin’s wife Saeeda said her husband’s only link to Minhaz was that he’d once bought a battery from him for his e-rickshaw.

“They ransacked our house while conducting search operations,” she said of the police. “Our IDs were taken away. I had a pressure cooker which was also taken away.”

The Rihai Manch then held two press conferences on July 15 and 22, telling the families’ versions of events. None of this made it to the pages of Amar Ujala.

Rajeev Yadav, an activist with Rihai Manch and the organiser of these press conferences, told Newslaundry, “Version of the families of accused has largely been missing. That narrative changed after the Batla House encounter in 2008. Yet, there’s not much initiative from the side of the media.”