Zabiullah Zabi, 37, worked at the Indian consulate in Mazar-e-Sharif. As the Taliban swept through Afghanistan, he brought his wife Qudsia, four boys and two girls to Delhi on July 8, settled them, and returned to his job, hoping it would be a 'temporary phase'. But on August 13, as the Taliban encircled Mazar-e-Sharif, he left his home for good. The family now live in a small apartment in Lajpat Nagar where they spoke with Nidhi Suresh. This is their story, in their own words.

How do I explain this situation to my children? So, I don’t.

My two eldest children somewhat understand, but for the rest the Taliban and coronavirus are the same.

They all have only one question: “Abbu, when can we go play in the park again?”

Some months ago whenever they asked this, we would say, “No there’s Covid.” Later, we would tell them, “No, there’s Taliban”.

Right now, they think they are in India for a vacation. They have been asking me to take them to the park here as well.

I want to go to the park too but not here, in Afghanistan. I want to sit down somewhere, I want to watch them play with nothing else on my mind.

Qudsia and Zabiullah Zadi's children with their friends in a park in Afghanistan.

They have been here for more than a month now. They don’t have friends. They don’t understand Hindi or English. In Afghanistan, our entire street knew our children.

See, look at this photo. This was in March this year. My son's birthday party in our home in Afghanistan.

We lived in Mazar-e-Sharif. It’s about eight hours by road from Kabul. I worked as a security driver at the Indian consulate and I have worked in the visa office as well.

Six weeks ago, things started getting tense in Afghanistan.

Since we worked in the Indian consulate our lives were always under threat. In 2016, when the consulate was attacked in Mazar-e-Sharif, I was there.

Even after the Taliban had been taken down in 2001, we would often receive threatening letters at the consulate. In the last few years, my colleagues, even local staff, have often received letters with death threats or threats that their family would be killed or their children kidnapped.

If you work for any other country, you will always be a target for the Taliban.

That’s why in early July, I made the decision to send my wife and kids to India. It was a sudden decision. We quickly packed their essentials and left for the airport.

I flew with them to India. I dropped them to Delhi, found this small place for them to live in and flew back in two days, to Mazar-e-Sharif.

We couldn’t say a proper goodbye to anyone. I just told my parents I was leaving. I couldn’t look them in the eye. How could I leave them there? But we had to, we had no choice.

I had never left Afghanistan before. I have only ever taken one flight before, from our city to Kabul.

My husband has been on a plane a few times. I was so scared.

We didn’t speak much on our flight to India, we cried.

I didn’t want Zabiullah to go back to Afghanistan but he had to.

Everyday the children would ask me where he was. They love him so much. I kept telling them we would go back soon. But at night, lying in my bed here, without him, I was scared.

Would I be able to keep the promises I was making to my children?

What if he never came back? What would I do in this foreign land with six young children?

When he was not here, I called him every few hours. I would wake up, cook, feed the children and watch the news on my phone.

I didn’t dare go out. My heart hurt so badly.

When I went back, I hoped it would be a temporary phase. I thought I would bring back my family soon. I kept telling myself that as soon as they came back, I would take my kids to the park.

I went back to work. But two weeks ago, things started changing so rapidly.

A week before I left, my boss had a meeting with us. He hinted that they would have to flee and asked us, “What will you do?”

What would we do? We told them that we would go with them. But they suddenly fled overnight. On a special flight. They just left us there. There I was thinking they would take us to India with them, and they didn’t even take us to Kabul.

Someone told us that if we didn’t have diplomatic passports we couldn’t board a special flight.

We faced threats for working in another country’s consulate, yet somehow we didn’t qualify for any of the safety privileges.

After they had fled, I called my wife. I told her I was coming to India. I told her we had to start our lives again, the one we had looked like it was over.

So I went to Kabul. Flight tickets were starting to run out. I stayed with my relatives and managed to get a ticket. I made it to India. I left my country.

Before leaving, when I spoke to whoever was there in the consulate and begged them for help, they simply said, “Nothing is in our hands anymore. We can’t do anything.”

We thought the Taliban would never come back, we thought other countries would help us but no, no one showed up.

The conversation is interrupted by Zabiullah and Qudsia’s youngest daughter who wants water.

When the Taliban were last in power, I was a teenager. There’s a whole phase of my life where I do not remember running on the streets.

We always had to go out with our male family members, even if it was nearby. We dressed the way they wanted. We could not go to school those few years.

When the Taliban fell is when we finally started living. Especially us women. We could dress in different colors.

Something as simple as going out to buy vegetables was such a freeing experience.

In the 1990s when the Taliban were in power, I was probably in my mid-20s or so. I used to work as a technical engineer in a workshop.

It’s funny, when I think back to that time, I can’t remember many smiling faces. That must say something, right? Our faces had this constant tension. Back then, I remember I would get tired some days from just trying to not laugh or live freely.

That tension on your face, it seeps into your body.

For four years, they were everywhere, standing, watching, waiting. Our generation grew into men under their gaze.

Praying five times was not the problem, but not listening to music? Can you imagine living without music?

People love music in our country. How can you take that away?

For 20 years we lived peacefully. I mean, there were bomb blasts regularly but that was normal. Now we won’t be able to listen to music again.

The Taliban are saying things will be different this time. They are asking us to go back and work. As if nothing has happened.

We can’t do that, I can’t. Some of us might pretend to do it but deep down we all know that everything has changed.

There’s silence in the room. Zabiullah takes out his phone. His children crowd around him. They peer into the phone screen.

Look at this photo, this is my home in Afghanistan. Look at those cycles. My children used to ride them.

Look at this garden. We had a big garden. See! We painted those tyres ourselves.

It’s quieter here but not peaceful.

I have four sons and two daughters. My children should not grow up in a country where they can't sing, dance or love freely. 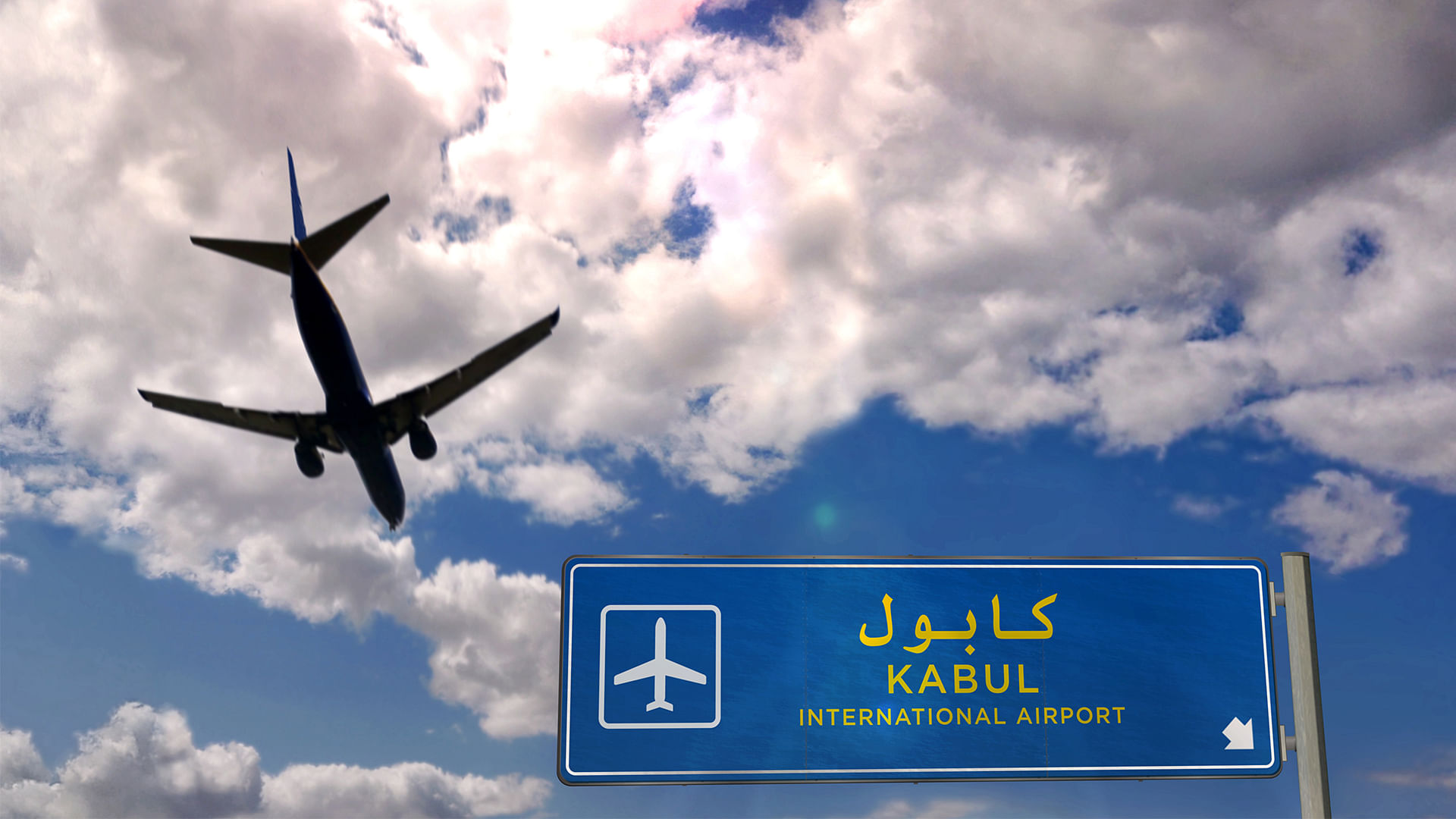