Kashmir is the testing ground for ways to control the media. This should be a wake up call for the rest of the country.

When the news broke about two Afghan journalists being detained and subsequently brutally beaten up by the Taliban for covering a women's demonstration in Kabul recently, there was international outrage. And rightly so. After all, the two men – photographer Nematullah Naqdi and reporter Taqi Daryabi from Etilaat Roz – had not committed a crime; they were simply doing their jobs.

In Indian mainstream media too there was outrage, and the photographs of the two men with their injuries were reproduced. Yet, as several senior Kashmiri journalists like Gowhar Geelani asked on social media, why was there no such outrage in mainstream Indian media when similar violations of the rights of journalists take place in Kashmir all too frequently? Such as the beating up of journalists and photographers covering a Muharram procession in Srinagar on August 17.

This is as good a time as any to focus on the state of the media, journalists and press freedom in Kashmir. There is no better illustration of how impossible it is for journalists to do even their routine jobs when you see the response of the administration following the death of the chairman of the Hurriyat, Syed Ali Shah Geelani on September 1. Not only were journalists prevented from going anywhere near his home after news of his death spread, as this report by Shahid Tantray in the Caravan describes, but they were even stopped from filming the huge presence of security forces outside his home. Additionally, internet services were suspended yet again, crippling the media even if it wanted to report on developments.

The absence of any independent source of information, which would have been facilitated had the media had access, has left the public with two conflicting narratives about Geelani’s funeral: one of the family alleging that the police forcibly took the body and buried it without the immediate family present, and the other of the police which claims that the last rites of the Kashmiri leader were performed properly.

If you look back over the last two years since August 5, 2019, when Jammu and Kashmir's special status ended and it was split into two union territories, there are innumerable and frequent incidents illustrating the continuing pressure under which journalists and the media have to function there.

Priya Ramani, in this detailed piece in Article14 titled “The dangerous profession of journalism in Kashmir”, has recorded many of these incidents. She outlines not just the impact of the media policy for Kashmir of last June that essentially allows the administration of the union territory to control the media in multiple ways, but also reports the string of instances of journalists apprehended, jailed, charged, interrogated, detained and threatened if they deviated from the script the government now expects from them. That, according to the media policy, is to create “a sustained narrative on the functioning of the government in media”.

Ramani begins her report with the experience of a young photographer, Kamran Yousef, who was jailed for six months because, according to the National Investigation Agency, he had "never covered any developmental activity of any Government Department/Agency, any inauguration of Hospital, School Building, Road, Bridge, statement of political party in power or any other social/developmental activity by state government or Govt of India."

In other words, for not doing what the government expects, a journalist can be charged under the UAPA and jailed. Yousef got bail in 2018 but the following year, he was beaten up by the police while taking photographs in Pulwama in southern Kashmir.

Since then, there has been no change in the attitude of the government towards journalists. The latest incident took place on September 8, when the police raided and searched the homes of four Kashmiri journalists – Hilal Mir, Shah Abbas, Showkat Motta and Azhar Qadri – and confiscated digital devices and travel documents.

In an atmosphere where you can be apprehended, and even jailed, for any number of reasons, how can journalists function? How different is this from the challenges that journalists in other countries, such as Afghanistan, face today? The difference, of course, is that we insist we are a democracy where the freedom of the press exists, even though India's ranking in indices measuring this freedom is steadily plummeting.

The intimidation of journalists is not the only way to control the media. Another well-known tactic is to squeeze finances by withdrawing government advertising. In many parts of India, newspapers and local TV channels are heavily dependent on advertisements from the government. Since the pandemic and the downturn in the economy, this dependence has grown. Indeed, it is striking to see how much government advertising appears today in major mainstream newspapers. In Jammu and Kashmir, this is a well-honed tactic, one that the government has used to good effect to silence any semblance of criticism from the media. 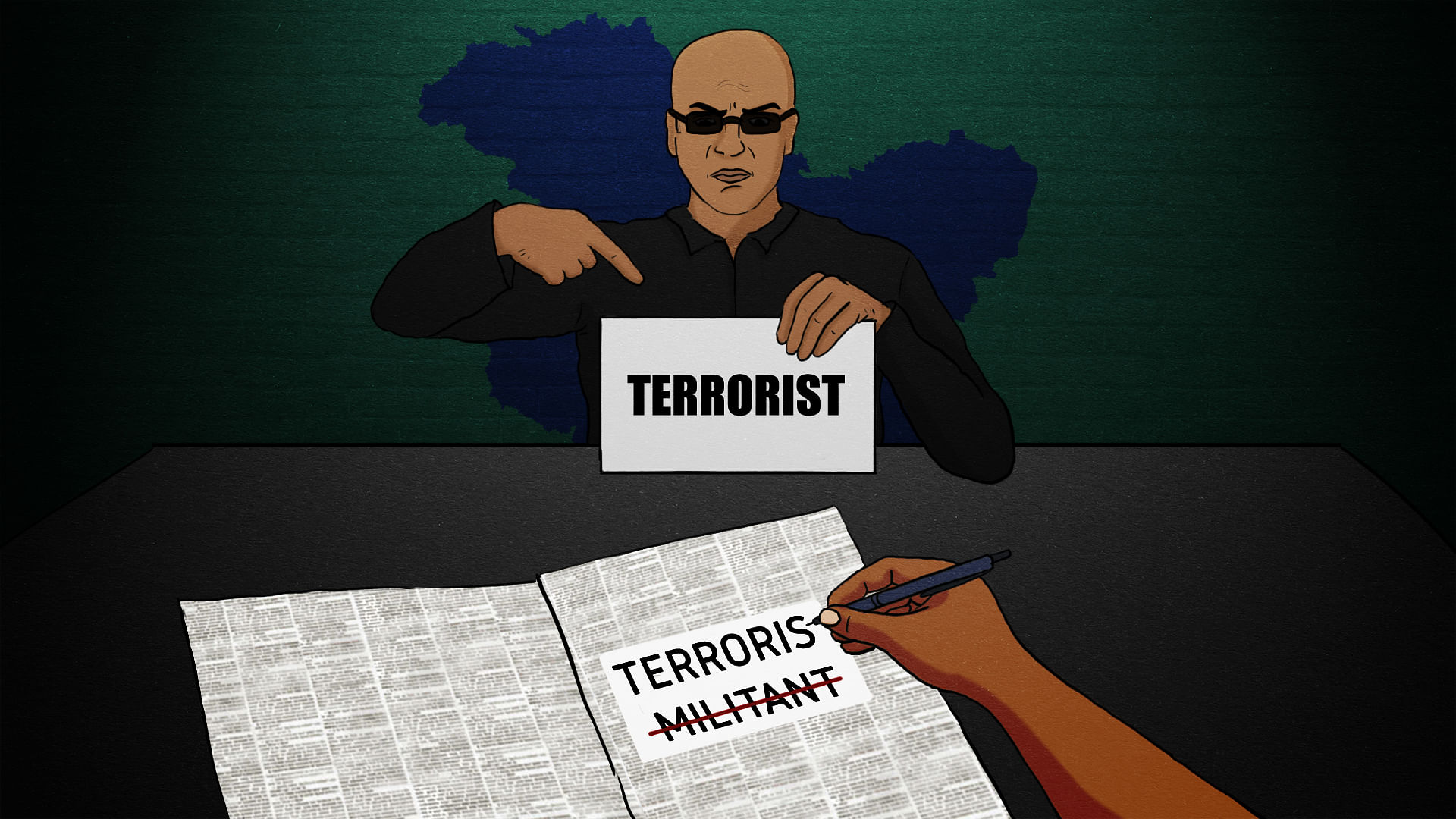 An additional, and important, challenge facing journalists is the drying up of sources. The editor of Kashmir Times, Anuradha Bhasin, tells me how difficult it is to find anyone in authority willing to speak on the record on any number of issues. How do you get verified information on anything, even the mundane, if no one will speak to you on record?

In fact, senior journalist and columnist Shankarshan Thakur from the Telegraph, writing about his recent visit to Srinagar, says that even journalists he knows were worried about being seen in public speaking to him. This gives you an idea of the extent of surveillance and suspicion.

Bhasin also mentions how income tax raids, which are now being used in the country to harass independent media platforms, most recently News Click and Newslaundry, have been standard practice in Jammu and Kashmir to intimidate news outlets, including Kashmir Times.

Government interference in the media has also reached the absurd level where directions are being sent out about the kind of language to be used. For instance, news outlets received a directive asking them to use the term "terrorist" instead of "militant".

In an article in the Leaflet, Raja Muzaffar Bhat is fairly pessimistic about the media in Kashmir. He writes, "Unfortunately, newspapers published from Srinagar or even from Jammu today don’t carry any investigative reports anymore; they have become government mouthpieces, carrying press releases of the DIPR. The editorials in the majority of newspapers are not worth reading as columnists and newspaper editors don’t want to annoy the government. This situation is nothing short of alarming, and it rings the death knell of journalism in Kashmir."

Anuradha Bhasin partly concurs when she says, "Journalism in J&K is almost reaching its end". But, she adds, that there are "a few journalists and organisations that are continuing to struggle against these restrictions".

So, perhaps all is not lost, although the impediments placed before journalists and news outlets to report freely appear almost insurmountable.

The plight of Kashmir's journalists and its media is a necessary wake up call. Not just journalists, but anyone who believes in the importance of press freedom ought to be worried about these developments in Kashmir. It is clear that Kashmir is the testing ground for ways to control the media through a mixture of threats, intimidation, squeezing out resources and restricting information.