The former judge pointed at rights violations for an ‘unaccountable authority’.

In the aftermath of “surveys” carried out by the Income Tax (IT) Department on Newslaundry and Newsclick, retired Supreme Court judge Madan Lokur has expressed strong apprehensions on the misuse of power and law under the current government.

Writing for The Hindu, Lokur highlighted how rights are being sidelined for “a single-minded assertion of unaccountable authority.” As the “surveys” by officers of the IT-Department is governed by Section 133A of the Income Tax Act were carried out at the offices of Newslaundry and Newsclick, the staff’s right to privacy was thrown out the window.

Under Section 133A, an income-tax authority can enter business premises during business hours and inspect books, documents, or even seize some books if need be. But during these two surveys, personal phones and computers of Newslaundry and Newsclick CEO and staff were taken away.

Lokur pointed out another violation — that the surveys continued to the ‘witching hours’, midday till after midnight, which violates the rule of ‘surveying’ a business only during business hours. As staff’s phones were taken away, and they were put in an unofficial ‘house-arrest’, Lokur asked what would happen if the family members of these employees had an emergency and needed to get in touch?

“Are officers of the I-T Department entitled to violate the law with impunity and without any accountability? The staff of Newslaundry was subjected to some sort of a house arrest or office arrest, cut off from the world for 12 hours and denied their constitutionally guaranteed fundamental rights. Is this permissible?” Lokur asks in his article.

He emphasises: “There is no longer any respect for the citizen’s rights, including journalists; only a single-minded assertion of unaccountable authority.”
You can read the full article on The Hindu’s website, which is accessible on subscription. 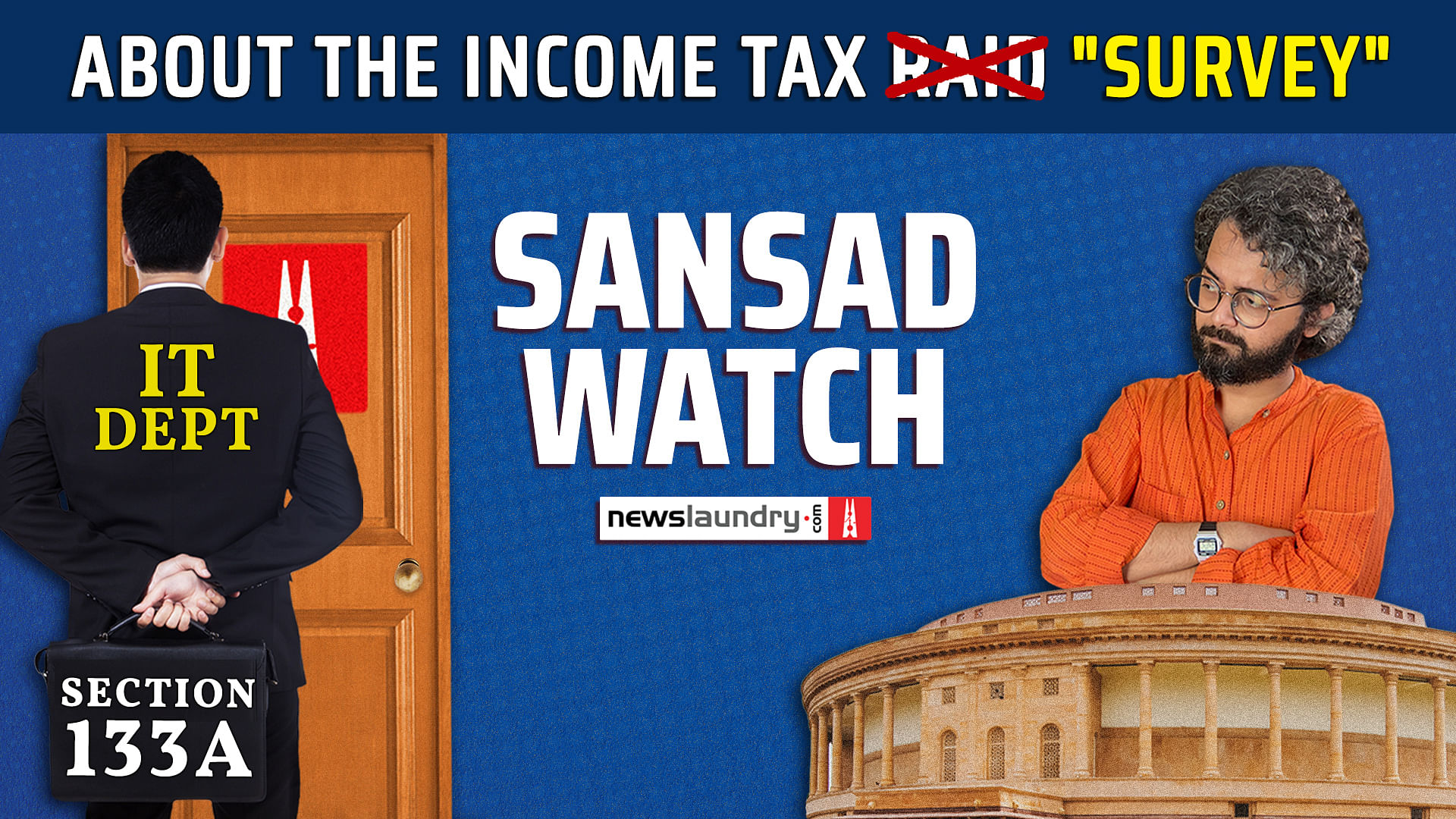 Sansad Watch Ep 9: Everything you need to know about IT 'surveys'