The channel said 'Indian mainstream media have been rife with misinformation' in its coverage of the Afghanistan crisis.

On the channel's daily fact-check segment last week, anchor James Creedon highlighted two instances of India's "mainstream media", as he called it, peddling fake news. The channel said that since the Taliban's takeover of Afghanistan, "Indian mainstream media have been rife with misinformation".

The first instance was a segment broadcasted by India Today and Aaj Tak earlier this month on how a Pakistani jet was "shot down" by resistance forces in Afghanistan led by Ahmad Massoud. Both channels referenced a Twitter account purportedly belonging to Massoud, but it was later discovered that the account was fake.

This news was broadcast with "great pomp" by Indian networks, Creedon said. The other anchor replied, "To go with that from Twitter just seems a bit flimsy, doesn't it?"

Sadly, the visuals were actually footage from a video game called Arma-3.

When Creedon dropped this bombshell, the other host said, "You're kidding me. A video game? And this is a news operation broadcasting that as a news story?" He then turned to the camera and said, "Glory be...That's a bit of a fail."

Props to Alt News, whose reports were referenced by France24, for painstakingly sifting through various video games. Read their story here. 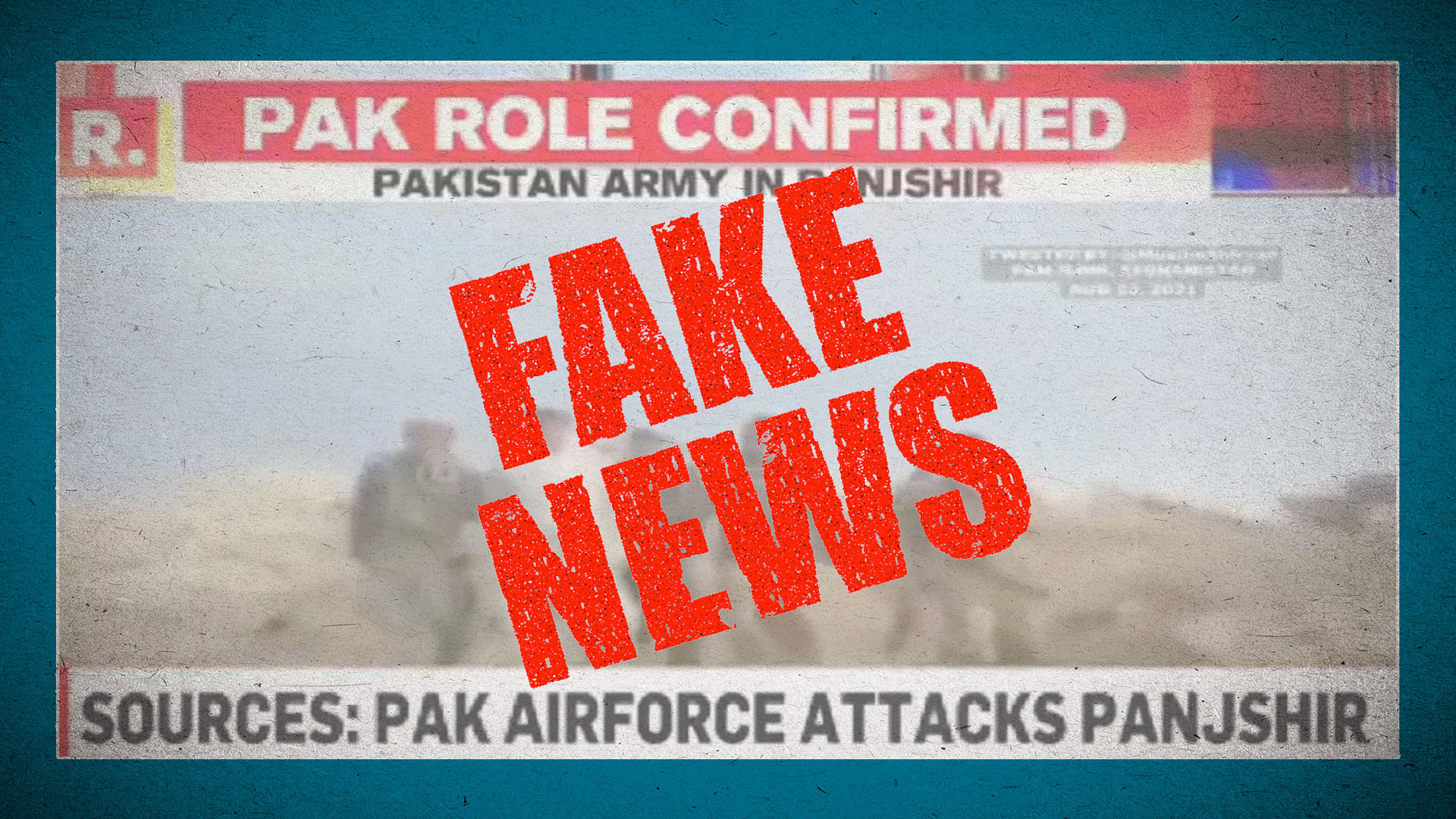 Is it a video game? Is it an old report? No, it’s Indian TV news trying to cover Panjshir