GST compensation: Is Nirmala Sitharaman’s new plan a looming crisis for some states?

The data clearly shows that many states will fall off a financial cliff in June 2022 unless the central government steps in.

On September 18, 2021, finance minister Nirmala Sitharaman made two important announcements related to the Goods and Service Tax, or GST.

First, she extended the existing GST compensation cess on select goods till March 2026. Second, she confirmed that the GST compensation funding to states will stop in June 2022, as per the original timeline decided when the GST regime was introduced in 2017.

The non-extension of GST compensation to states past 2022 has upset some states, predictably the ones not governed by the Bharatiya Janata Party and its allies. Ministers from Delhi, Punjab, West Bengal and Chhattisgarh have all voiced concern that this decision will adversely affect state finances in the coming years.

Are these protests voiced by members of opposition parties just politics as usual? Or are they voicing legitimate concerns backed by numbers?

As the analysis in this piece will show, their concerns are not misplaced. If the central government continues with its proposal, some states will indeed face a steep revenue loss. Moreover, the impact of this decision on state finances will be highly uneven.

But before we get into the analysis, a brief review of the GST and the details related to GST compensation might be helpful.

The GST came into effect on 1 July 2017, after years of planning and deliberation by both the UPA and NDA administrations. The GST is an indirect tax that replaced several existing indirect taxes levied by the central and state governments such as excise duty, VAT, service tax, etc.

A key feature of the GST is that it is a national destination-based tax whereas the taxes it replaced were levied both at the origin and destination of goods. Thus, with the introduction of GST, states that were major manufacturers faced the prospect of revenue loss.

To allay these revenue fears, when the GST Act was enacted in 2017, it came with a guarantee to all states of annual growth of 14 percent in their GST revenue over the base year 2015-16 during the five-year period from July 2017 to June 2022. This guarantee was legally codified in the Compensation Act of 2017. As per the act, at the end of every two month period between July 2017 and June 2022, the office of the Comptroller and Auditor General of India would compute the difference between the actual GST revenue collected by each state, and projected revenue that could have been earned by the state in absence of the GST.

To collect the funds needed to pay this difference, the GST compensation cess was introduced. It is an additional tax on goods designated as “sin” or luxury goods. Thus, the consumers of these goods, in effect, bear the cost of the revenue guarantee made to states.

Armed with this basic background, we can now revisit the finance minister’s statement and dig deeper into the states’ response.

As a result, state governments have had to take loans (either from the market or from the central government) to make up for the shortfall in the GST compensation disbursements. The extension of GST cess till 2026 is to generate revenue to reimburse the states for these loans. That the states are on board with this plan is not surprising then.

But what about the decision to stop any additional GST compensation past June 2022? How will that affect state budgets?

Figure 1 below charts the three-year average of GST compensation funds disbursed for the 20 biggest states as a percentage of the state’s total revenue. The averages are computed using state budgets for FY 2019-20, FY 2020-21 (revised estimates) and FY 2021-22 (budgeted estimates).

Let’s understand what this chart tells us.

1. The total revenue for each state is the sum total of the taxes collected by the state, the state’s share in central taxes, grants given by the centre under different schemes (GST compensation is one component of this) , and miscellaneous revenue generated by non-tax sources. The total revenue is essentially the money that each state has to spend for its budgetary outlays. The figure above charts how much of this total revenue was attributable to GST compensation, expressed as a percentage and averaged over the three most recent fiscal years.

The GST compensation is a good proxy for how the new GST impacted a state’s revenue. The states with high compensation were the ones where GST collections were much lower than the taxes that GST replaced, with the 14 percent annual growth assumption detailed earlier. The fact that every state received some compensation implies that GST collections for no state were robust enough to keep up with the 14 percent growth target. This is not surprising given the economic downturn that started in 2019-20 and was exacerbated due to the pandemic.

2. When the GST was adopted in 2017, the expectation was that once the new regime was entrenched, all states would benefit from increased efficiencies and entrepreneurship that the simplified system promised. The sales pitch for the GST was that after an initial adjustment phase, the loss of revenue incurred by the manufacturing-heavy states would be offset by increased revenues due to economic growth. And to soften the impact during this adjustment phase, the 14 percent revenue growth guarantee was introduced.

3. Delhi, Punjab, Gujarat, Haryana, and Karnataka had the highest GST compensation (as a percent of their total revenue) – the figure being over 10 percent for each of them, and over 17 percent for Delhi and over 14 percent for Punjab. These are staggering figures, and all these states face a precarious financial situation in June 2022, when the GST compensation is phased out. The potential implications of what are effectively massive budget cuts could be disastrous for the people of these states, especially the most vulnerable populations that are already reeling under the adverse effects of the pandemic.

4. It is no surprise that ministers from Delhi and Punjab were amongst those who criticised Sitharaman’s announcement to continue with the GST phase-out. Gujarat and Karnataka would have likely approved of this dissent given that they face a similar predicament, but perhaps reserved public comment due to political considerations. Even states like West Bengal, Rajasthan, Odisha, Maharashtra and Chattisgarh face a loss of around five percent of their total revenue, which is not insignificant.

Next, let’s look at how GST compensation has changed since the GST was introduced in 2017.

Figure 2 below charts GST compensation for five states (Delhi, Gujarat, Haryana, Karnataka, and Punjab) from 2017-18 to 2021-22, as a fraction of each state’s total revenue.

Irrespective of how accurate these estimates turn out, GST compensation as a percentage of total revenue is alarmingly high – over 10 percent for all of them except Karnataka where it is estimated to be closer to seven percent.

As highlighted in this analysis, the data clearly shows that many states will fall off a financial cliff in June 2022 unless the central government steps in. The RBI and the finance ministry are well aware of these numbers. It will be interesting to see what measures are taken by the Modi government to mitigate this impending crisis. “Cooperative federalism” – that oft-cited Modi favourite implying close coordination between the centre and the states – may be the need of the hour.

But given the centre’s own financial constraints, can Sitharaman afford to walk Modi’s talk? 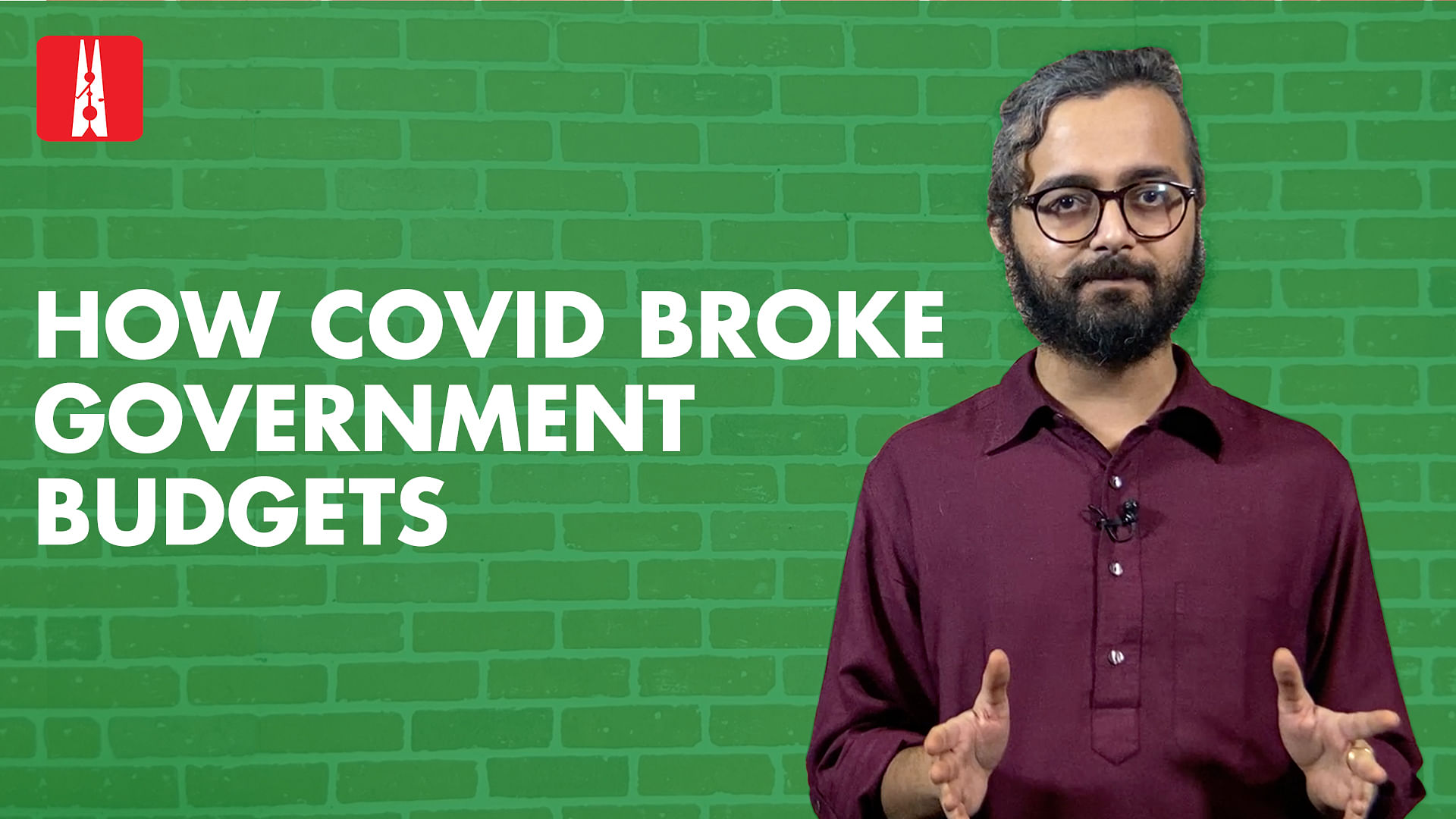 Explained: Why is the Modi government fighting states over GST revenue?