Three of the videos were on the farmer protests. The NBDSA said the news channel had violated the code of ethics.

Ten months after complaints were filed against programmes broadcast by Zee News, the National Broadcasting and Digital Standards Authority issued two orders directing the news channel to remove four of its videos from all platforms by November 26 – seven days after the NBDSA pronounced its judgement.

Two of the complaints were filed in January and the third in November.

The first order was related to the channel’s coverage of the farmer protests in January this year. Two videos were from the show Taal Thok Ke which aired on January 19 and 20. The third was a January 26 broadcast on how the farmers “removed” India’s flag from Red Fort and “replaced [it] with their own flag”.

The second order was about the removal of a Zee News broadcast on a group of retired civil servants, called the Constitutional Conduct Group, who had written an open letter urging companies to stop advertising on news channels that spread hate.

In both the orders, the NBDSA said Zee News had violated the Fundamental Principles of the Code of Ethics & Broadcasting Standards, as laid down by the NBDSA.

In the first order, for instance, the NBDSA “expressed its disapproval” at Zee News using phrases like “conspiracy of a war against the republic”, “shadow of terror in the protest”, “Khalistan dominates the protest”, and “tractor march or war”. The authority also said broadcasters should “exercise due care and caution” while reporting on news related to religious symbols and the Indian flag.

On Zee News’s show on the open letter, the NBDSA said the channel had “crossed boundaries by questioning the credibility of the members of the Constitutional Conduct Group by calling them cunning and a gang”. “While the broadcaster was within its right to criticise the open letter...the predetermined judgment of the anchor cannot be construed to be an analysis,” the order said.

No other penalties were levied.

Details of the complaints

The complaints against the programmes in question were filed on January 25, January 29 and November 11 this year by Indrajeet Ghorpade. Indrajeet, 30, is an LGBTQIA rights activist who has filed over 30 grievances in the last one and a half years.

He told Newslaundry, “I’ve been writing complaints because a bunch of these channels spread hate and misinformation frequently, disturbing harmony and making the society more polarised and misinformed. I want to put an end to such reporting so that people are better informed about current affairs and can make their own informed decisions as opposed to channels feeding them what to think and therefore hoping for a more peaceful society.”

In his first complaint dated January 25, Indrajeet said that both programmes carried unverified videos from social media of tractors. One of these videos, which was fact-checked by Alt News, was of a tractor rally held in Ireland during Christmas. Another showed a decorated tractor from a charity event in Germany organised for children with cancer.

Despite proof that the videos were incorrect, Indrajeet alleged in his complaint that “the broadcaster has still not apologised for misleading its viewers”. Zee News’s anchor specifically said during the broadcast that the tractors in the videos belonged to the protesting farmers and were being readied for the tractor march.

In the complaint dated January 29, Indrajeet said the anchor repeatedly talked about how a protesting farmer had removed and thrown the national flag of India hoisted at the Red Fort and replaced it with the Khalsa flag. Indrajeet further asked Zee News if they had issued a clarification since no desecration of the national flag had indeed taken place.

When he did not receive a response within the stipulated seven days, Indrajeet approached the NBDSA.

A month later on February 24, Zee News responded by saying that all allegations levelled against them were completely baseless.

Since the programme was a live telecast, the channel said, “the anchor, due to oversight, stated that Bhartiya Kisan Union's flag was hoisted after removing the national flag instead of the fact that the national flag was disrespected. However, the broadcaster had taken immediate corrective steps by removing the impugned link.”

Indrajeet told Newslaundry that after Zee News responded to his complaint, the video of the live telecast was made private on their YouTube channel.

Unsatisfied by Zee’s response, Indrajeet wrote to the NBDSA on February 24 once again, stating that as per guidelines issued by the authority, channels are required to air clarifications for any false information that they might have shared, giving sufficient prominence to the broadcast of the correct version of facts. But this was not done in the present case, he wrote.

Zee News, meanwhile, maintained in its February 24 response that Indrajeet’s allegations were “completely false, motivated, and based on a complete misinterpretation of the contents of the impugned broadcasts”.

On its coverage of the farmers’ tractor rally on Republic Day, Zee News said it had conducted a “fair and objective panel discussion” on the issue. The channel said the misleading videos “were shown for a few seconds with a due disclaimer and the broadcaster did not claim these tractors were outside Delhi or would participate in the parade”.

The channel further submitted that the programme aired on November 26 was a live programme and the error was not intentional, as alleged by Indrajeet, but an oversight.

On why the videos were not subsequently taken down once Zee News was made aware of its error, the channel said it had “removed all videos which it could access, including the links submitted by the complainant...and were in the process of removing other subsidiary links of the videos”.

Regarding its broadcast on the open letter, Zee News claimed its programme had “objectively, fairly and impartially covered the complete contents of the open letter” and that it had not “targeted” the Constitutional Conduct Group. It also described the “tenor of the letter” as “not in the sense of an opinion, rather it is determinative”.

After the NBDSA passed its orders, Indrajeet told Newslaundry “the penalties are not proportional to the impact that the violations have on the society”.

Newslaundry also contacted Zee News editor in chief Sudhir Chaudhary to ask him about the NBDSA’s orders. This report will be updated if we receive a response. 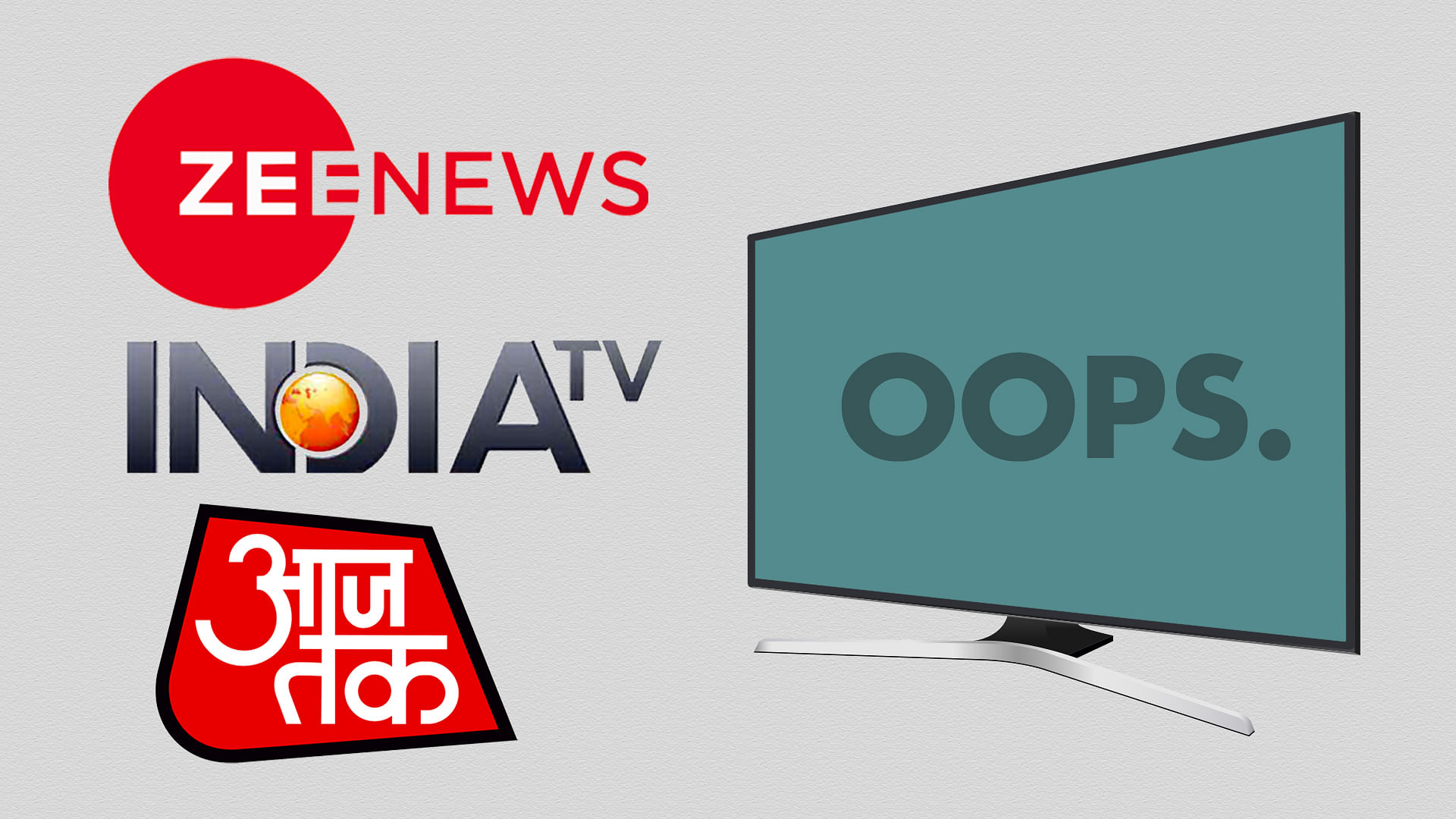