‘Who is this us?’: Journalists slam Navika Kumar’s joke to ‘beat us up if you want to’

Times Now anchor raised questions about the media at a discussion with health experts, but the latter did not seem to take the bait.

During a discussion on issues surrounding the pandemic with prominent health experts, Times Now anchor Navika Kumar seemed to go on a tirade against journalists for asking questions and turning “our guns against the people sitting on this dais”.

The discussion, broadcast during the channel’s prime time show NewsHour, was part of an event on Tuesday to discuss ICMR director general Dr Balram Bhargava’s book – Going Viral, Making of Covaxin: The Inside Story published by Rupa Publications.

However, Navika, through a significant chunk of the broadcast, seemed to focus on getting the experts to speak against health reportage, and if they were “hurt” by the media, rather than the government’s handling of Covid-19. The scientists did not appear to take the bait and went on to congratulate the media for its “fair” reportage.

At one point, Navika spoke about “leaving behind” issues related to the pandemic.

A Delhi-based health journalist, who was present at the event at the India International Centre, said the discussion was more like “a celebratory wedding eulogising Covaxin rather than a serious, scientific discussion”. This happened on a day a Lancet study showed that Covaxin efficacy stood at 50 percent.

When health reporters questioned the panel about the report, Ella and Bhargava said they haven’t “read the Lancet paper yet”.

According to the senior journalist, Navika’s suggestion to “leave behind” issues related to the pandemic was irresponsible.

“She is very apologetic and playful for a discussion as serious as this. The least they (Navika and the panel) could have done is acknowledge the lives lost...To put it behind us, to stop reporting the faults, to not ask necessary questions would be a disservice to journalism and the country,” said the journalist, adding that reportage would be archival material for future researchers when they study the pandemic.

“Country was bewildered, fearful, angry, had questions...the range of emotions they went through and the media had just one target﹘to turn our guns against the people sitting on this dais,” the Times Now anchor said.

Before breaking into a laugh, she told Dr Paul, “We’ve been nasty. We’ve been asking you all sorts of questions. You can beat us up if you want to.” Amid applause from the audience, she added, “All of society’s anger was directed at you, through the media.”

“We put in our blood and sweat and put out fact-based stories. Who is this ‘us’ that should be beaten up,” asked another health journalist based in Delhi. If questioning should lead to being beaten up, then I don’t know…I was very taken aback. I was really sad and angry.”

The health journalist, speaking on the condition of anonymity, objected to Navika’s suggestion to “beat us up if you want to”. “Doctors and journalists in this country are beaten up so regularly, for her to use this word so loosely is irresponsible.”

Two journalists present at the event mentioned that Navika repeated such remarks during the discussion, and hailed the panelists for their “dignified response”.

At another point in the debate, Bhushan asked for “indulgence” to take off his mask. “Also indulgence to beat up the media,” Navika added with a smile. But Bhushan appeared to have no grouse. “If my story is interesting, you will be forced to carry it. Why should we blame the media?”

The anchor asked Paul how they felt when the WHO gave emergency use approval to Covaxin.

“We know WHO’s policy and how it works but media people kept asking when it is coming (the approval). Of course, they were asking with good intentions,” he clarifies.

Navika then claimed that the media is the “villain for every story”. However, Paul said the issue wasn’t with the media but “some people” who think negatively and don’t trust Indian innovation.

“Emotional comment, I understand where you’re coming from. It would hurt… so much work and research, did it hurt you as well,” she asked Bhargava. “Did the questions hurt?”

However, Bhargava decided to congratulate the media for “fair and transparent reporting”.

Navika then turned to Dr Guleria and talked about “things and questionings (sic) that should not have happened”. She asked if “we are safe after vaccinations” or if “we need to be careful or need the third vaccine after the festive season”.

Guleria said India was dependent on WHO for vaccines during the 2009 H1N1 pandemic. “Media raised questions why we don’t have our own... we have a remarkable achievement now.”

In another instance when the experts chose to avoid any criticism of the media, Bhargava praised scientists and family members as Navika suggested “more brickbats than bouquets coming your way”.

The Times Now anchor asked Guleria if the doctors ever felt overwhelmed during the first and second waves, but he denied the same. “They worked and exposed themselves to save patients.”

During the peak of the pandemic, hundreds of health staff across several medical facilities had raised complaints about increased work hours, shortage of resources, and psychological trauma. “There was so much pressure, mentally and physically. Imagine those working in smaller institutes...oxygen and medicine shortage affected a lot,” said a doctor, who worked at the D Y Patil Hospital’s Covid ICU during the second wave, on Wednesday.

Earlier this month, Navika had come in for criticism for staying passive instead of, as one would expect from an interviewer, pushing back or asking questions as actor Kangana Ranaut said India getting freedom in 1947 was a “bheekh”. 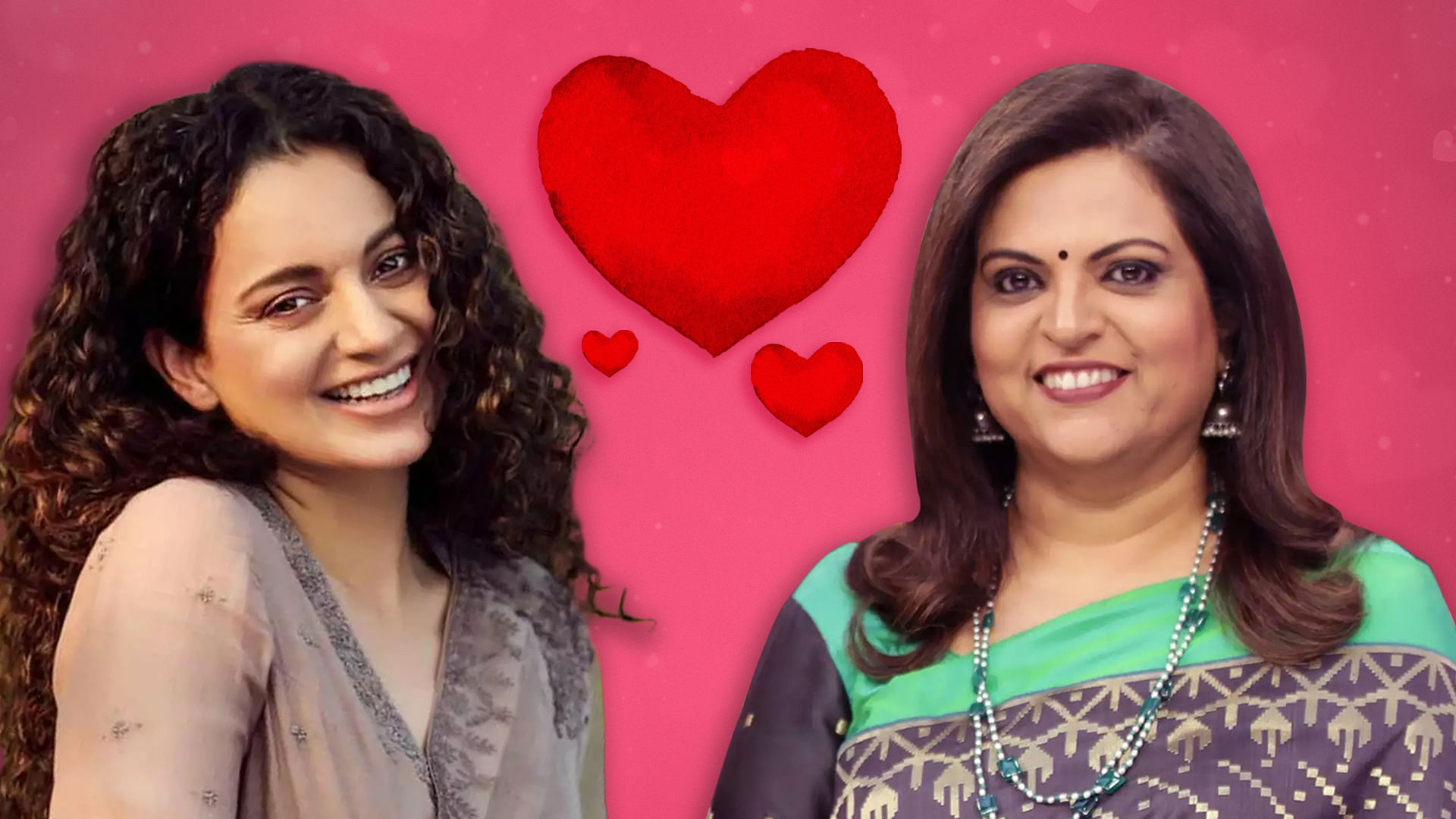 Modi’s a hero and Twitter is funded by communists: Key learnings from the Kangana-Navika love fest 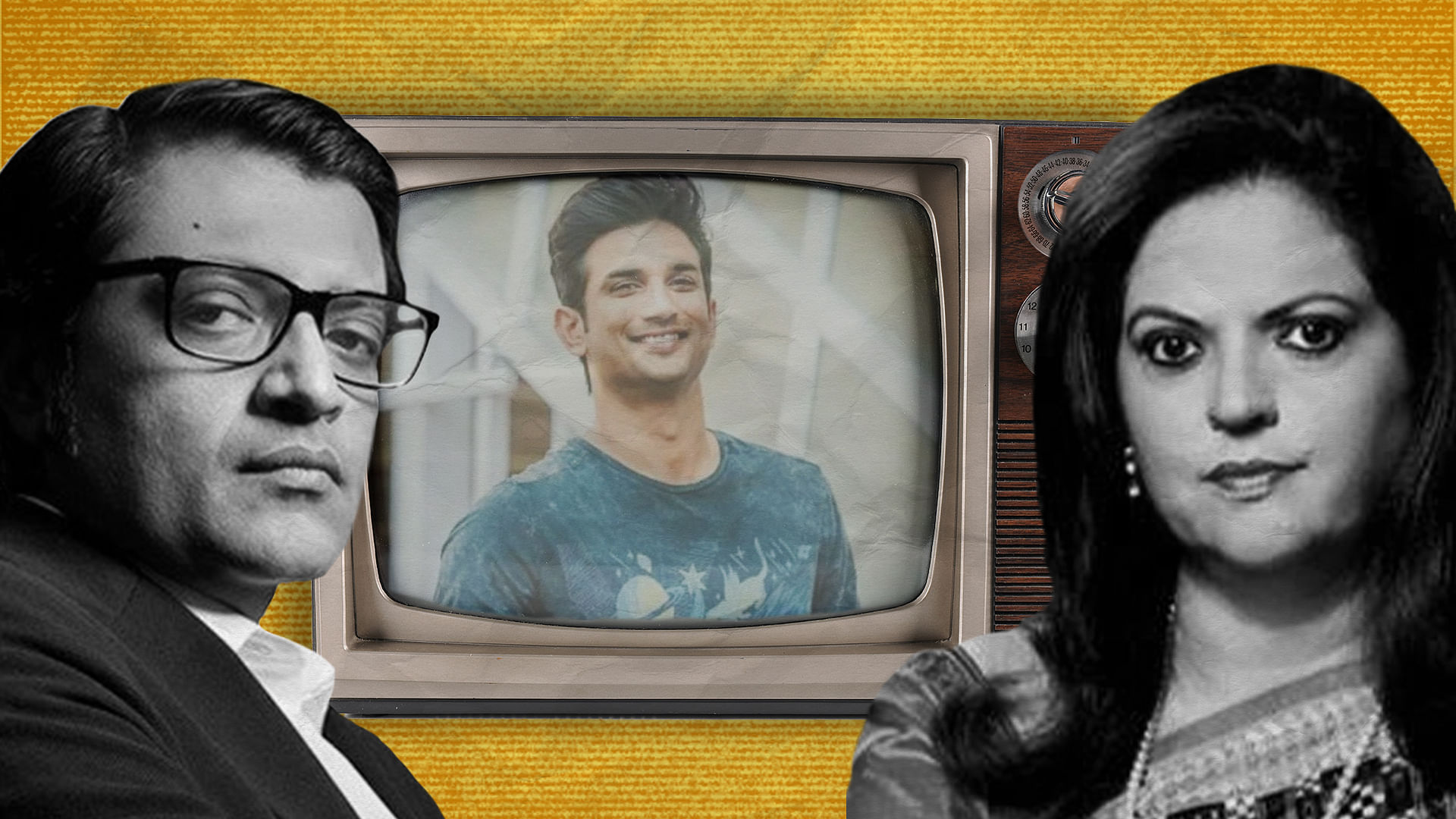 Trial by media: How Arnab and Navika spent over 65 percent of their debates on SSR