The Hindu was one of the few papers to carry it as a lead story on the front page.

In November, wholesale price inflation spiked to an all-time high, according to data released by the ministry of commerce and industry on Tuesday. The spike is primarily due to a rise in food prices, especially of vegetables, and minerals and petroleum products that form the wholesale price index.

As the Telegraph noted on its website, the 14.23 percent recorded in November is a “level that hasn’t been seen since India embraced economic liberalisation in 1991”.

The Times of India described it as a “12-year high”, adding that while it was “the highest monthly reading in almost 30 years, the data is not strictly comparable given that the index was revised a decade ago”.

So, did leading English newspapers report on this “all-time high” on their front pages?

The Indian Express’s Delhi edition did not carry the news on its front page. Their lead story was about the Lakhimpur Kheri SIT report, along with the Char Dham highway project and Covid-related updates.

On page 16, the “Economy” section carried a two-column story titled “WPI inflation at double-digit level for 8th straight mth”. It should be noted that this wasn’t the lead story on the page, that job was done by a story on RBI’s new frameworks for NBFCs.

The article detailed numbers of September and October along with quotes from economic experts who suggested a surge in vegetables and fuel prices have caused the inflation.

The Hindu’s Chennai edition carried the news as its lead story on the front-page. “Wholesale price inflation spikes to a record as food, fuel surge”, read the headline. “The primary food inflation hits a 13-month high,” the story said. “...Expectations that a tax cut on fuel announced last month by the union government could provide some relief to producers grappling with high commodities and freight costs..."

As with the Indian Express, the Telegraph’s lead story was also the SIT report on the Lakhimpur Kheri incident. However, a two-column story adjacent to the lead noted “Inflation highest in 30 years”.

“The stratospheric leap in November indicates that inflation isn’t going to be as benign as the Reserve Bank of India policy makers tried to suggest,” the report said. Continued on page 4, the story also noted a rise in retail as well as core inflation. The paper quoted various economists saying that the double-digits will remain for a few months.

The lead story in Hindustan Times was the rise in Omicron cases in India. A small, one-column story – between the Omicron news and PM Modi’s photo with Adityanath Yogi – noted “WPI inflation rises to 12-year high of 14.23% on oil, food”. The story explained that the WPI “measures factory-gate inflation, or what producers charge wholesalers, follows a rise in retail prices” while noting that “WPI captures the average movement of wholesale prices of goods and excludes taxes”.

After nearly five pages of full-page ads, the front page of finance-focused paper Mint led with the Reserve Bank of India and its stance on NBFCs, followed by a story on Aramco and Reliance Industries clean energy unit. A one-column story on the page noted “WPI inflation accelerates to 14.23% on high oil, food prices”.

The article noted how this complicates “the central bank’s efforts to spur growth by keeping interest rates at a record low”.

Mint mostly compared the rise with the numbers from 2020, and noted how “several nations including US” have witnessed a spike in inflation due the new Omicron variant of coronavirus.

The story claimed rise in food and fuel prices pushed the WPI to this level, “raising fears that this may translate into elevated retail inflation in coming months as well”. The article noted that this was the highest number in the “2011-2012 series” with double digits for eight consecutive months.

The story, further explained on page 4, claimed “The government blamed an unfavourable base for the spike in the WPI rate”. 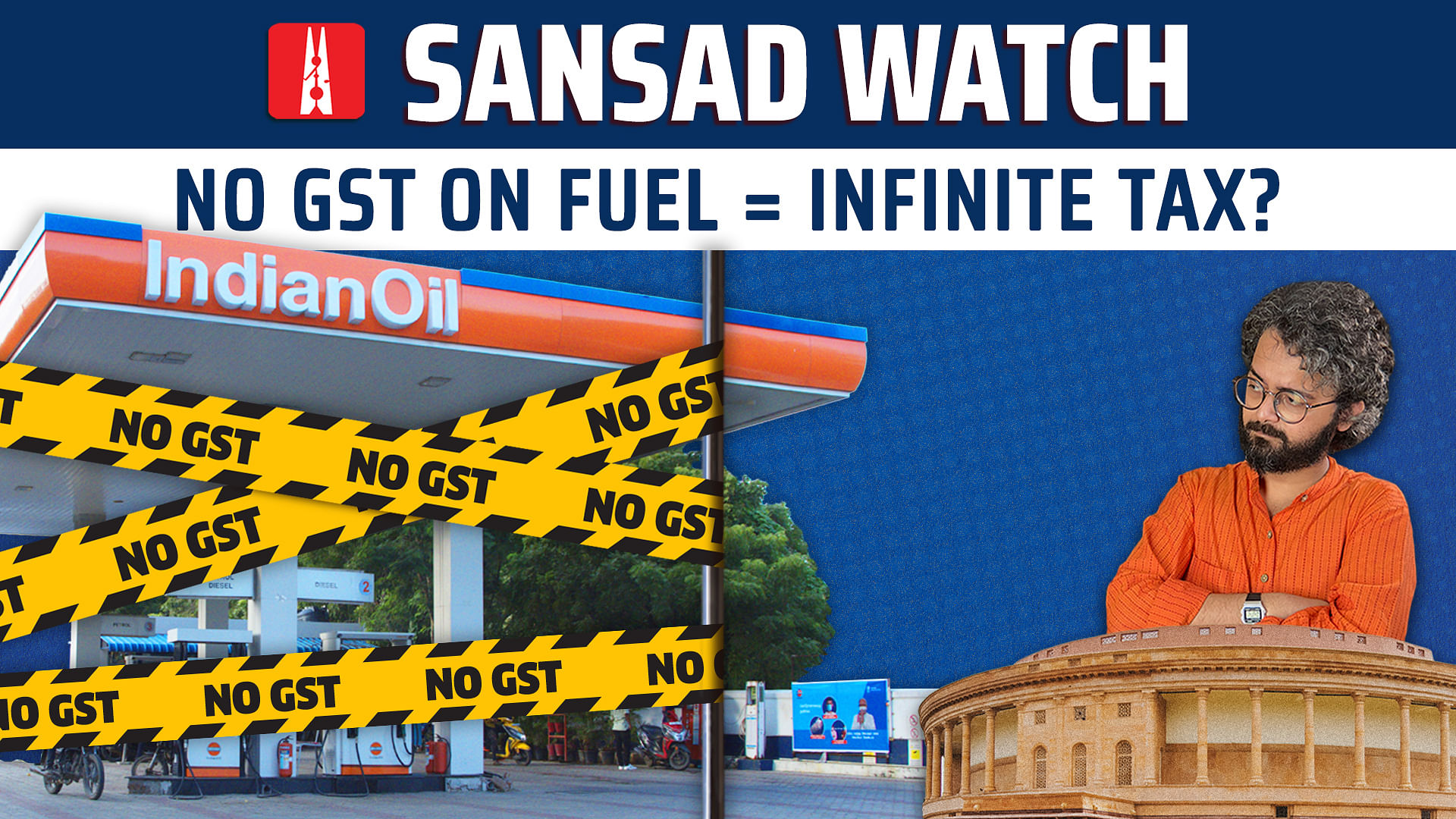 Sansad Watch Ep 15: Will petrol become cheaper if it's brought under GST? 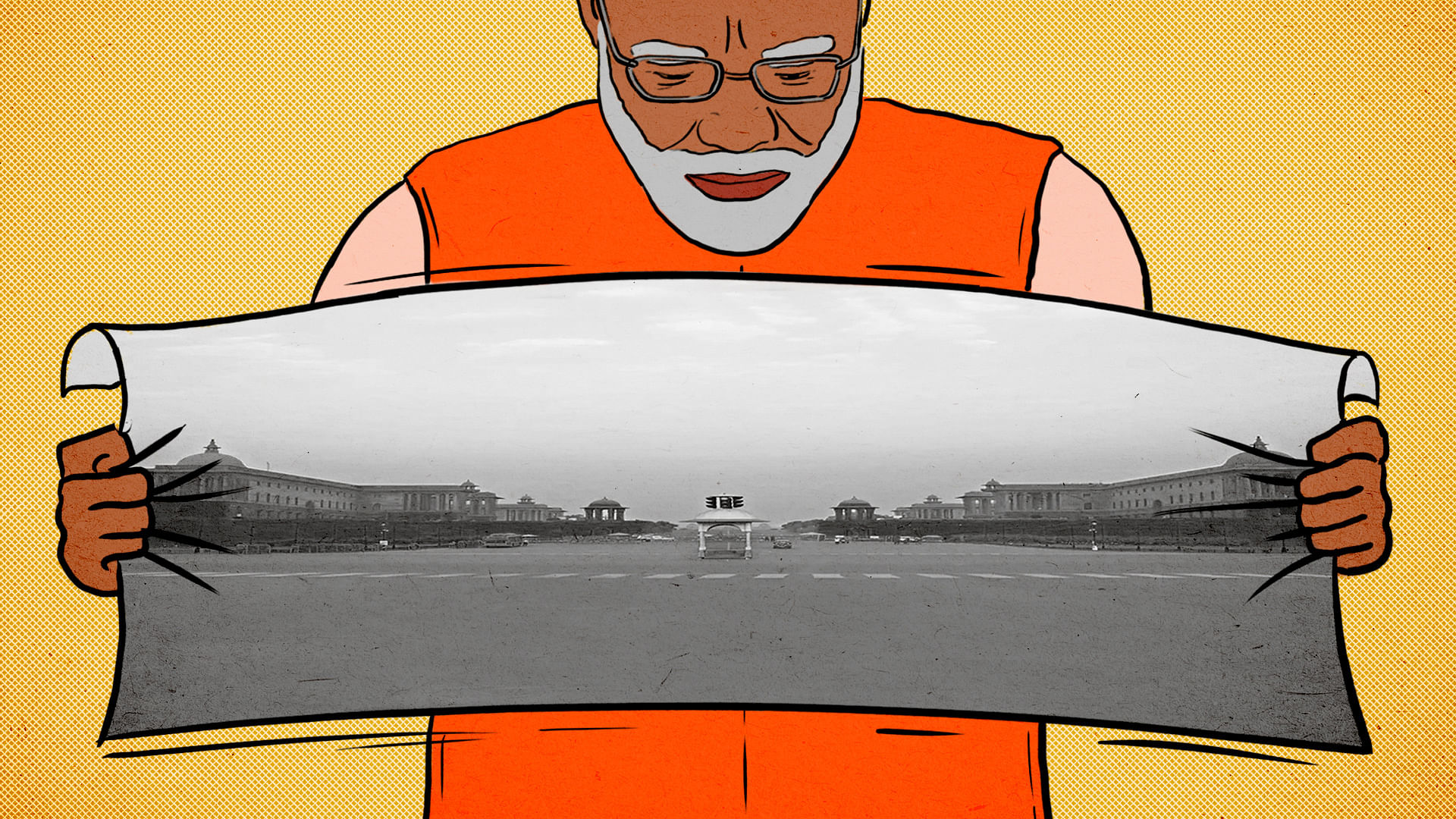 Growth and sustainability can go hand in hand. Why isn’t that reflected in Central Vista?