The clout and controversies of Narottam Mishra

The BJP leader’s PhD is titled the ‘role of an MLA in progress of Indian democracy’.

Before 10 am each day, there is a flurry of activity outside Madhya Pradesh home minister Narottam Mishra’s bungalow in Bhopal’s Char Imli﹘as journalists, many of them looking for masala, gather for the minister’s daily press conferences. Mishra, after all, issues remarks on everything, from state to country.

The political circles in Madhya Pradesh are abuzz with rumours around the BJP leader whose PhD thesis is titled “the role of an MLA in the progress of Indian democracy”. Some say he is close to Union home minister Amit Shah, several allege he is publicity-hungry, and yet for some he is “doston ka dost (the best friend ever)”. While speculation abounds, the only certainty is that Mishra is an important player in state politics and within the Madhya Pradesh BJP, Chief Minister Shivraj Singh Chouhan’s bête noir.

So how did he rise through the ranks, why is he not CM yet, what makes him controversial, and how does he manage the clout despite a controversial career since the beginning? Here is a cursory look.

In November 2008, identical reports with the headline “toh isiliye sabse alag hain Narottam” (this is why Narottam is different from the others)﹘were published in Dainik Bhaskar, Nai Dunia and a few other local newspapers. It later turned out to be paid news, in 42 articles, by Mishra in election year. Even on polling day, on November 27, there were similar articles in dailies.

According to the Election Commission report in Newslaundry’s possession, Mishra had paid for news and advertisements favouring him between November 8 to November 27, 2008, allegedly flouting rules. The commission also found that he furnished false information about election expenses to the panel.

In June 2017, the EC banned Mishra from contesting elections for three years but the BJP leader got relief from the Delhi High Court. The commission filed an appeal in the Supreme Court but the court did not stay the high court order and Mishra went on to contest and win the 2018 state elections. The matter is still pending in the Supreme Court.

Mishra has also been accused of corruption. As urban development minister, he allegedly received crores of money in kickbacks while granting tenders worth Rs 267 crore to a construction firm in Hyderabad. The money was allegedly transferred through shell companies to his confidant Mukesh Sharma and 14 farmers﹘from his constituency Dabra at the time. An amount of nearly Rs 9.5 crore was allegedly routed through the firms of which Rs 5 crore was allegedly used for the purchase of land.

This was suggested by documents allegedly recovered from Mukesh Sharma’s house, according to an income tax department report, which also claimed that the 14 residents of Dabra were too poor to purchase the land that was allegedly bought for Mishra in Bhopal’s Ratanpur using the alleged amount.

Mishra appealed against this report before the income tax tribunal and was granted relief. The income tax department wanted to tax him for alleged unaccounted income and challenged the order in the Madhya Pradesh High Court which also ruled in his favour.

“I have no income tax case against me and my place hasn’t been raided by the income tax department,” he said in response to the allegations.

Mishra’s name surfaced in the Rs 80,000 crore alleged e-tendering scam, another corruption scandal, in 2019, when the Economic Offences Wing arrested his personal secretaries Virendra Pandey and Nirmal Awasthi and Mukesh Sharma. But there was no evidence against Mishra.

Last year, he courted controversy when Dr Anand Rai Mishra, one of the three main whistleblowers in the Vyapam scam, shared a purported sting video on social media allegedly showing horsetrading of MLAs by Mishra﹘the Digvijaya Singh-led Congress government had collapsed with 22 party MLAs joining the BJP in 2020.

Rai claimed that Mishra openly spoke about the same in a conversation with him which he recorded. “I gave the whole recording of this conversation to Digvijay Singh and Kamal Nath too but they did nothing. Then, after about a year I myself tweeted that sting video which created the ruckus.”

Madhya Pradesh BJP called the video false and said that its purpose was to malign the image of Mishra.

Congress workers in Mishra’s constituency Datia claim that he abuses his post by using the police to bully and intimidate. In August, local Congress workers were arrested under penal provisions for dacoity, allegedly beaten up in police custody, and their semi-naked pictures circulated on social media.

Datia Congress’ general secretary Narendra Yadav claimed his party’s district president Ashok Dangi had filed the complaint “and what happened subsequently was done on home minister Mishra’s word”. “This all started when I exchanged words with our district head while giving a memorandum to the DM. After that, the police got a call from home minister Mishra to arrest me...Dangi has pretty close relations with the minister which is why I was treated in this way.”

In 2020, Anand Rai Mishra used a wrong image while tweeting about the Galwan valley skirmish which resulted in a case against him. In his court appeal, Rai alleged the case was filed on the instructions of home minister Mishra.

Vijaya Pathak, who was the magazine’s editor at the time, told Newslaundry, “I did that story based on evidence. Narottam Mishra was quite controversial. He had many cases against him, so we thought a story should be done on him. Although most cases against him were pushed under the carpet, he filed no defamation suit against me.”

Newslaundry spoke to minister Mishra about his statements and the allegations of corruption. “I speak only what I think is right. I have no cases of corruption against me. According to me, paid news is not a matter of corruption and I’ve gotten relief from the Supreme Court in this. About the bullying of Congress people, the case against them in Datia was filed by their own district president, not any BJP worker.”

Over the past few months, the minister has been in the headlines for his threats and ostensibly radical positions. When a bangle seller was beaten up in Indore by Hindutva outfits, he sent him to jail and hinted that he deserved it because he was “faking” his identity. After a controversy around a mangalsutra ad by fashion house Sabyasachi, he issued a warning, and said he will choose “direct action” the next time. The ad was swiftly taken down. Mishra took a similar stand When Dabur put out a controversial same-sex ad on karva chauth. He recently ordered that Urdu words be removed from police documents, calling them “obsolete”.

That’s not all. When Bajrang Dal workers vandalised the sets of the Prakash Jha film Ashram 3, Mishra called the Hindutva foot soldiers “patriotic” and asked “what action should be taken against you Prakash Jha”. And after Hindutva organisations held rallies in support of the Ram Temple in areas with a significant Muslim population, allegedly instigating violence and facing stone-pelting, the minister ordered that whichever “house the stone comes from, the stones would be taken out of that house”﹘in what appeared to be remarks targeting the Muslim community.

Born in 1960, Mishra studied B Com at Gwalior College after clearing the intermediate exams at Sant Kanwar Ram school. His father Shivdutt Sharma was a doctor and RSS vistarak and his uncle Mahesh Dutt Mishra an MLA and Congress minister, according to Anand Mishra, the minister’s elder brother and ex-registrar of Jiwaji University.

Recalling Mishra’s “historic” entry in politics, he said, “It was 1977, I contested the student body elections in Vranda Sahay College but lost by one vote. Narottam was doing his B Com at the time. When I lost the election he came to Dabra from Gwalior and said that I will win the student body elections. He became the youngest president with the highest votes...It was the beginning of his political career and he never looked back.”

At the start, Mishra used to take tenders of the municipality’s chungis in districts such as Shivpuri, Guna and Ashok Nagar. Despite a controversial career, he has grown exponentially. Winning in the 2018 assembly elections by only 2,656 votes, he was still made the state’s home minister. There has been speculation that Amit Shah is behind Mishra’s growing stature.

A veteran journalist who has covered politics in Bhopal told us on the condition of anonymity, “Narottam Mishra contests elections from Datia. There is a Peetambara Shakti Peeth in Datia where Indira Gandhi, Sonia Gandhi, Rajnath Singh, Vasundhara Raje, Amit Shah and other big leaders come to perform tantric pooja. Whenever prominent leaders of BJP came, Mishra used to treat them royally. In 2010, when Amit Shah was facing a bad time in the Sohrabuddin (Sheikh fake encounter) case, he came to Peetambara Peeth and since then they got close. Today in Madhya Pradesh, the closest person to Shah is Narottam Mishra.”

“Another reason for this closeness is the shared dislike for Shivraj Singh Chouhan...RSS sarkaryavah or general secretary Bhaiyyaji Joshi also likes Chauhan and Modi too refused to remove him, which is why Shah could not remove him.”

Shivpuri-based independent journalist Ajay Khemaria said, “Narottam Mishra is the most active politician in Madhya Pradesh today. He is so active in public life that his number is on the walls in the villages. He is the only minister who answers his phone, otherwise most ministers or politicians have their assistants answering the phone and giving excuses about meetings...He has been in his constituency every Saturday and Sunday for 18 years. People throng his house and even sit in his bedroom. He has a direct connection with the ground.”

Khamaria said, “Even if he has Amit Shah’s support, or became an MLA six times or stays in the limelight due to his statements, he won’t be a chief minister because he is from the upper caste.” 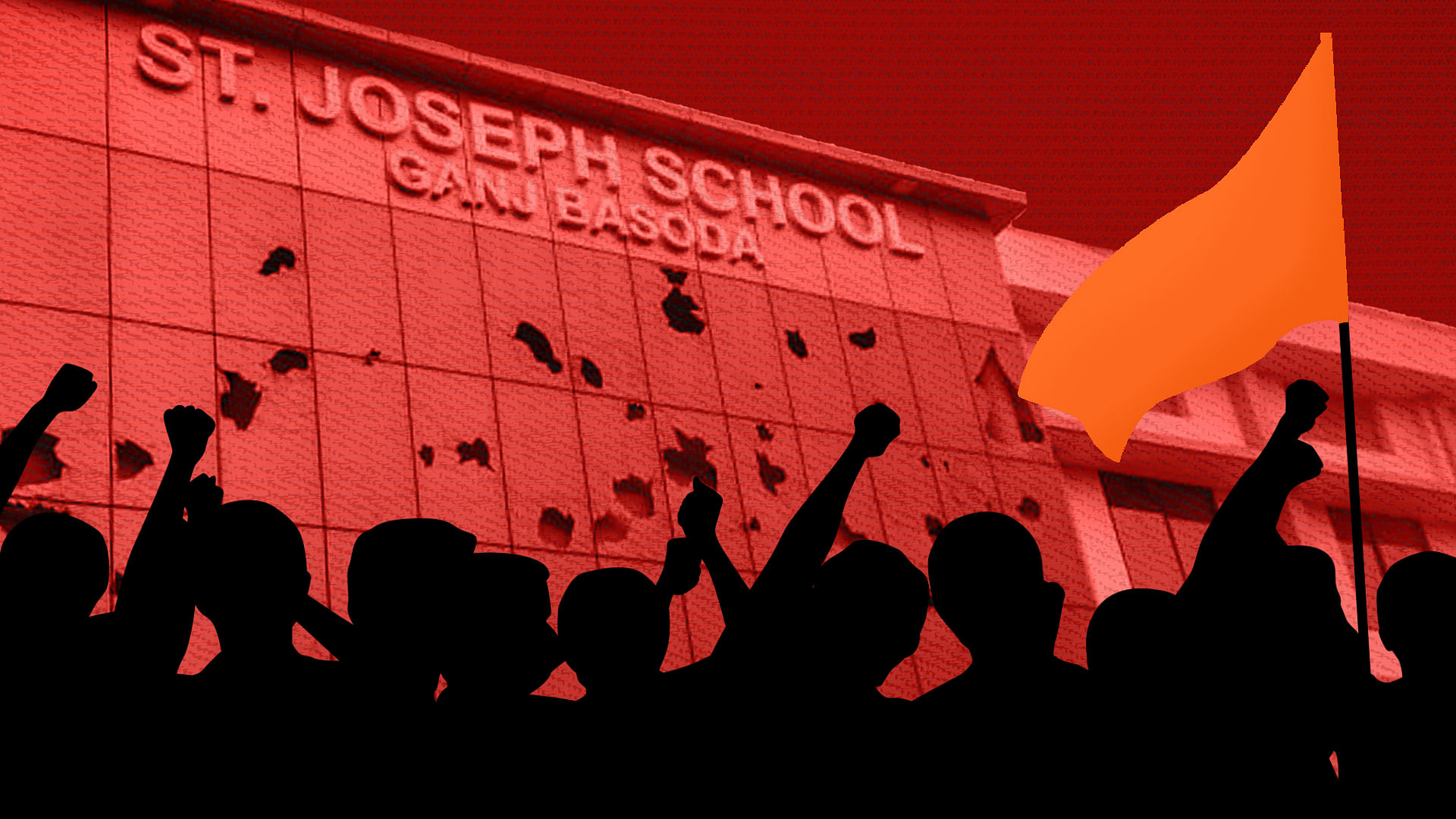 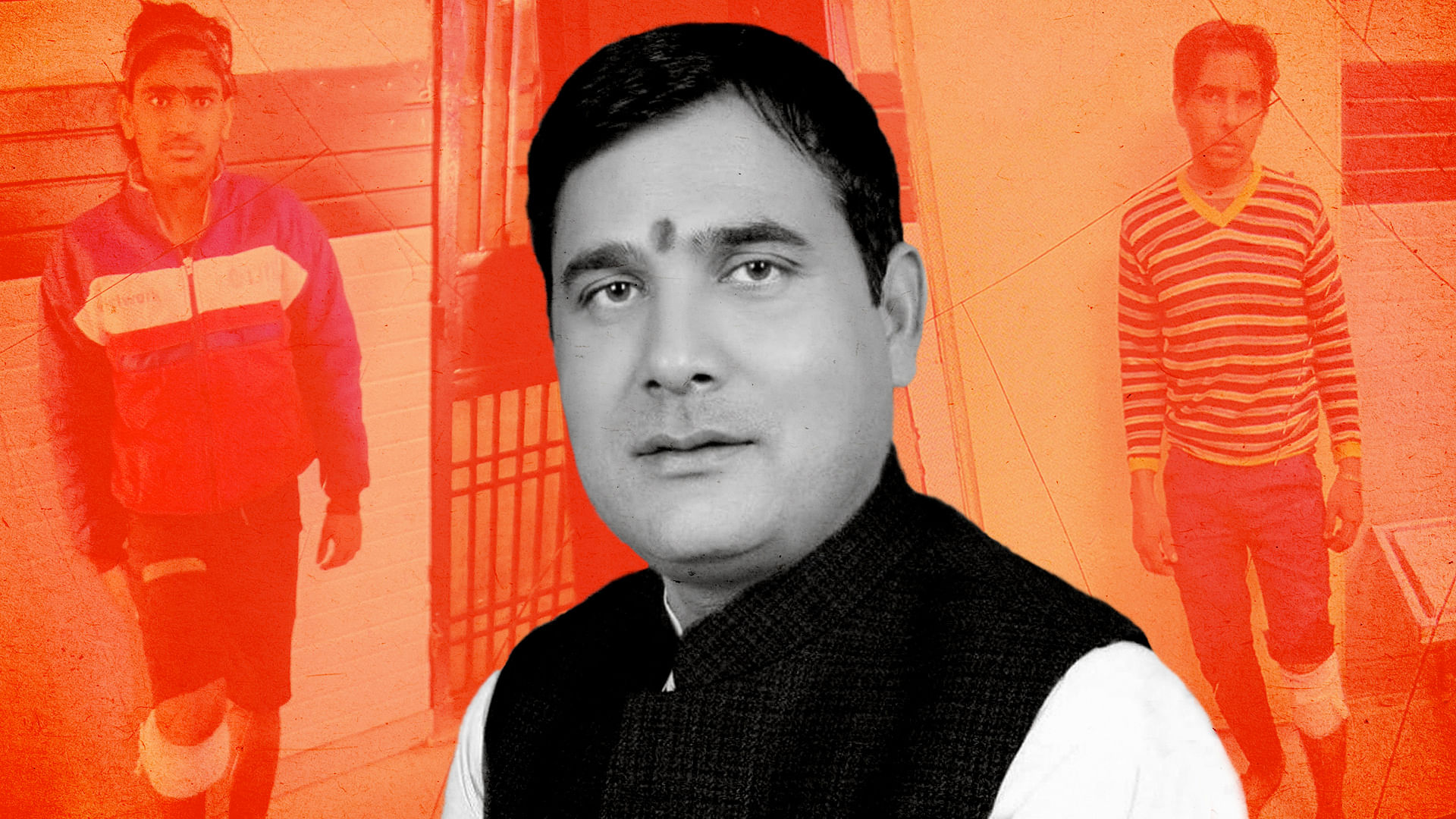 How Ghaziabad’s Loni has become a laboratory for Hindutva politics