2022 is going to see heightened political activity in the region as Manipur heads into elections, and Meghalaya, Nagaland and Tripura gear up for polls.

This is the year Northeast India, as we know it, turned 50.

The extensive redrawing of the map of Assam and India that led to the creation of the states of Meghalaya, Manipur, Tripura, Mizoram and Arunachal Pradesh all happened in 1971. It was part of an even larger redrawing of the map of the broader region – a process intimately connected to India’s 1971 war with Pakistan and the creation of Bangladesh out of what had, since 1947, been East Pakistan. The North-Eastern Areas (Reorganisation) Act was passed by Parliament on December 15, 1971, a day before the formal conclusion of the Bangladesh War. It proposed the establishment of the states of Manipur and Tripura, and the formation of the state of Meghalaya and union territories of Mizoram and Arunachal Pradesh. The difference in nomenclature – “establishment” for Manipur and Tripura, “formation” for the rest – was on account of the fact that the former princely states of Manipur and Tripura were already union territories at the time. They were being upgraded to full statehood, with their own legislative assemblies, while the rest were being carved out of Assam.

It has been an eventful golden jubilee year for all of them, and the region. The year 2021 started in the shadow of the ongoing pandemic, but even the coronavirus couldn’t curb the excitement of the biggest political event of the year in the region﹘the assembly elections in Assam that saw the return of the BJP to power. A new government under a new Chief Minister, Himanta Biswa Sarma, took charge. Not long after, an old border dispute between Assam and Mizoram that dated back to before the formation of the union territory of Mizoram 50 years ago, escalated suddenly into a border clash between the police forces of the two states. A shooting battle left six Assam Police personnel dead and several more wounded. A similar long-simmering territorial dispute between Assam and Meghalaya also escalated into minor violence.

The borders in Northeast India, internal as well as external, have long been an unending migraine for all governments. When those lines were first drawn onto maps by the British Raj, they were purely administrative boundaries, often demarcating areas of British rule from territories that were nominally independent. By and by, the British areas became districts, and the district borders became the borders of union territories, states and even countries.

Administrators and the Indian media often lament the ‘porous’ nature of these borders. They miss the fact that these lines which arbitrarily divide communities and families were never meant to be hard borders. The populations and landscapes on either side of these borders tend to be the same at most places. Traveling along these borderlands, I have seen the whimsical border divide a football field in a village, and run through paddy fields, backyards, and rivers, where the line is assumed to run through the water in midstream.

It is practically impossible to tell where one country ends and the next begins.

This is true for India’s borders with both Bangladesh and Myanmar.

On February 1, 2021 Myanmar underwent a military coup. As ordinary citizens have tried to resist this overthrow of democracy and personal freedoms, the country has slid into what is already a civil war.

One of the regions most affected by the Myanmar military’s attacks on civilians resisting its rule is the country’s north, which borders India. The Chin Hills in this part of Myanmar shares a border with Mizoram, while the Sagaing region lies adjacent to Nagaland and Manipur. It so happens that a number of militant groups from Northeast India have long had bases in those areas. The civil war in Myanmar has led to a complicated situation there, affecting these groups and the local communities and security forces on both sides of the border.

In November, in a part of Manipur bordering Myanmar and Mizoram, a militant ambush killed a Colonel of the Assam Rifles along with six others including his wife and son. Less than a month after this, an army ambush by a unit of the Indian Special Forces led to the deaths of 14 civilians in what the military brass said was a case of mistaken identity. This has in turn led to calls for the repeal or withdrawal of the hated Armed Forces Special Powers Act of 1958 that gives soldiers the power to kill with impunity.

The year 2022 thus begins in the shadow of these deaths, of the Assam Rifles people and the Naga villagers.

The year is going to see heightened political activity in the region as Manipur heads into elections, and Meghalaya, Nagaland and Tripura gear up for their own polls that are scheduled for early 2023. The political landscape has acquired a new energy and dynamism with the ascendancy of the BJP in the region, and the entry of a new challenger in the shape of the Trinamool Congress. Especially in Tripura and Meghalaya, the emerging dynamic prefigures a keen contest between the incumbents﹘BJP in Tripura and the National People’s Party led by Chief Minister Conrad Sangma in Meghalaya﹘and the TMC.

With Assam showing an increasingly aggressive turn towards hard Hindutva – visible in measures such as a stringent new cow protection law and forcible evictions of alleged illegal encroachers, mainly Muslims of Bengali origin – a churn in the identity politics of the region is perhaps inevitable.

Everywhere in India, money and muscle power are now staples of electoral politics. The criminalisation of politics is a mere fact of life; for instance, according to data collated by the Association for Democratic Reforms, 42 percent of ministers in Prime Minister Narendra Modi’s council have criminal cases against them, of which 30 percent are serious cases such as murder, attempted murder and robbery. This pattern is repeated in every state, across the political spectrum, regardless of the party in power. In places like Bihar and Uttar Pradesh, the muscle tends to take the form of community “strongmen” claiming to represent a religious or caste group. In West Bengal, it generally takes the form of party strongmen representing political parties. In Northeast India, commanders of armed militant outfits, and their counterparts in police and security agencies, are the strongmen. Underground organisations and overground politicians come from the same communities and societies, and links between the two have existed in every state of the region for decades. Therefore, election time is often when both the underground and overground politics are in turmoil, as different “strongman” outfits are roped in to back rival politicians.

Meanwhile, in Nagaland, the Naga peace process does not seem to be going anywhere at all. If anything, it is now firmly on the rocks after the botched ambush in Nagaland. The unrest in Myanmar is slowly spilling over into Mizoram as Chin refugees from there, who share close ethnic ties with the Mizos, stream in.

In Assam, a sentiment against the state’s Muslims of Bengali origin, known locally as Miyas, has been around for a long time. After the 2021 elections saw the state’s Assamese linguistic sub-nationalism finally getting swallowed up by Hindu nationalism, there is a new edge to the persecution of Bengali-origin Muslims who tend to be labeled Bangladeshis. The 1.9 million people – mainly Bengalis, Hindu and Muslim - whose names were left out of the National Register of Citizens exercise still find their lives hanging in limbo. The issue of the contentious Citizenship Amendment Act, which had disturbed the peace in the entire region, is still unresolved. The law has been passed but the rules have not been notified even after two years, leaving the situation in an unstable equilibrium. After the unpopular farm laws were withdrawn, there have been demands by politicians from the region for withdrawal of the CAA too.

All this makes for a sizable package of concerns, but Northeast India at 50 has an even bigger shadow looming over its golden jubilee. It is a shadow in the shape of a dragon.

China is an increasingly ominous presence to the north. According to Chinese maps, all of Arunachal Pradesh is its territory, which it calls South Tibet. This is the year that credible news reports, backed by satellite imagery, showed a brand new Chinese village in what Indian maps show as part of Arunachal Pradesh. China also inaugurated a bullet train connecting Lhasa, the Tibetan capital, with Nyingchi, less than 50 km from the Arunachal border. They have announced fresh plans to build the world’s largest hydroelectric project on the Yarlung Tsangpo, the river that becomes the Brahmaputra in Assam. They have also been asserting their territorial claims in eastern Bhutan. The Bhutan border is exactly 104 km by road from Guwahati, the largest city in Northeast India. If the Chinese ever get their claims, Guwahati residents, who have lately become part of the cow belt, may find themselves little more than a two-hour drive away from China.

A new year ought to be a happy occasion, so let me try and end on a positive note: Northeast foodies may then have to go only that far for authentic Chinese cuisine. 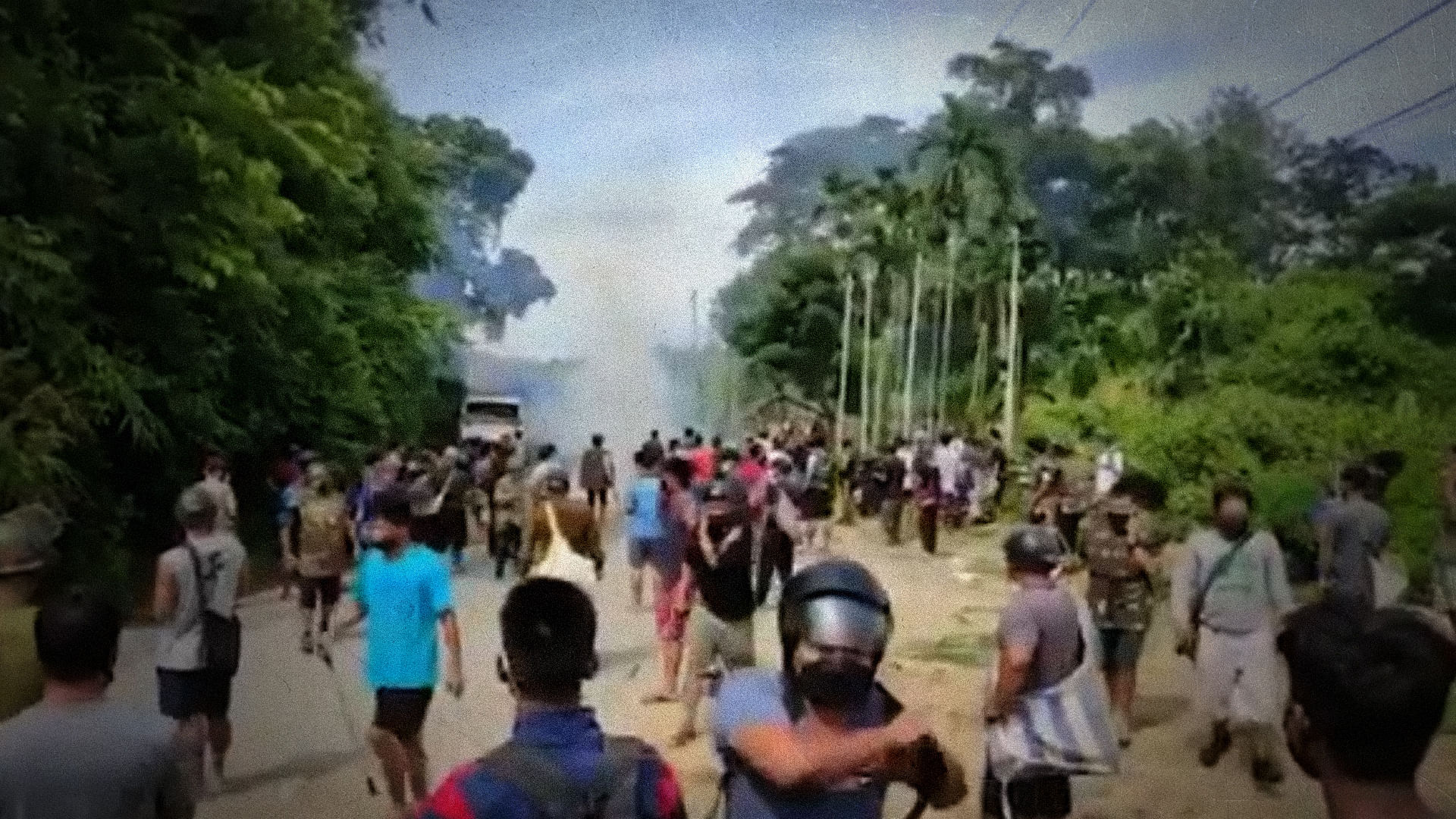 Why are police forces of Assam and Mizoram fighting on their border? 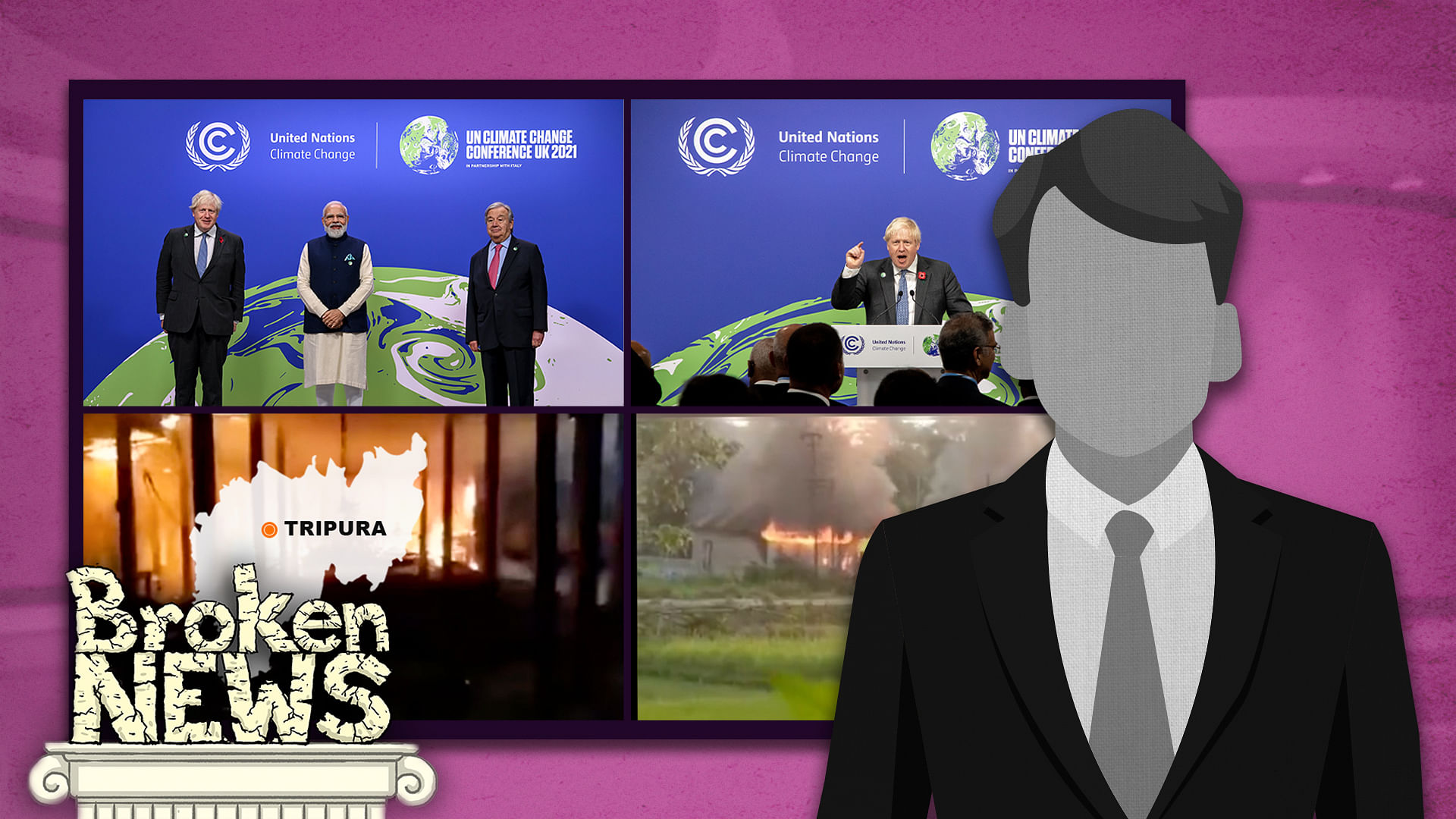