Last week, Meghalaya governor Satya Pal Malik claimed that prime minister Narendra Modi had been “very arrogant” when he met him to discuss the farmer protests.

“When I met the prime minister on the issue of farmers, I had a fight within five minutes,” Malik said at an event in Haryana’s Charkhi Dadri. “He was very arrogant. When I told him that 500 of our farmers had died, he said, ‘Did they die for me?’ I told him yes, they died for you, as you are behaving like a king.”

That’s not all. Malik alleged that Modi told him to meet home minister Amit Shah, and when Malik did so, Shah allegedly told him, “People have clouded his mind. Don’t worry, keep meeting him. One day, he will understand.”

Meghalayaâs Governor Sri. Satya Pal Malik is on record saying PM was 'arrogant' on the issue of Farmers & HM Amit Shah called the PM as âmadâ

Constitutional authorities speaking about each other with such contempt!@narendramodi ji is this true?pic.twitter.com/M0EtHn2eQp

This is arguably the first time a sitting governor has levelled such strong allegations against a prime minister. Both the prime minister’s office and the Bharatiya Janata Party’s top brass have kept mum on the issue. The opposition, of course, did not.

The video of Malik’s allegations went viral on social media from Monday, January 3, when the Indian Express was one of the first newspapers to report on it. Express also followed up on the story on subsequent days.

But what about other leading English and Hindi papers? Did they pick up the story from January 4?

Across the 20 pages that comprised its Delhi edition, Hindustan found no space for the controversy, though it managed to fit in four pages of advertisements for the Uttar Pradesh government.

Dainik Jagran reported on Malik’s comments on page 16, alongside statements from opposition leaders and parties. Its lead story on page 1 was about a BJP rally in Amethi, another rally led by party president JP Nadda, and a short piece on the abolition of processing charges of banks.

And despite burying the news item, credit to Jagran for being the only leading Hindi paper to report on it. Dainik Bhaskar’s 14-page Delhi edition, for instance, skipped it entirely – its front page on Tuesday included crime news from Sonipat and the arrest of the BJP chief in Telangana.

It was the same story with Amar Ujala’s Delhi edition, which comprised 20 pages and had advertisements featuring Modi and Adityanath under its masthead.

Meanwhile, the Times of India skipped the story too from its 26-page Delhi edition on January 4. Its page 1 story was on union minister Ajay Mishra Teni’s son, Ashish Mishra, being named as an accused in the Lakhimpur Kheri violence. It also reported on the construction on the border by China.

It should be noted that Malik was an MP and MLA from Uttar Pradesh and, with an assembly election around the corner, one would think his comments would carry more news value. Malik has also repeatedly shown support for the protesting farmers. 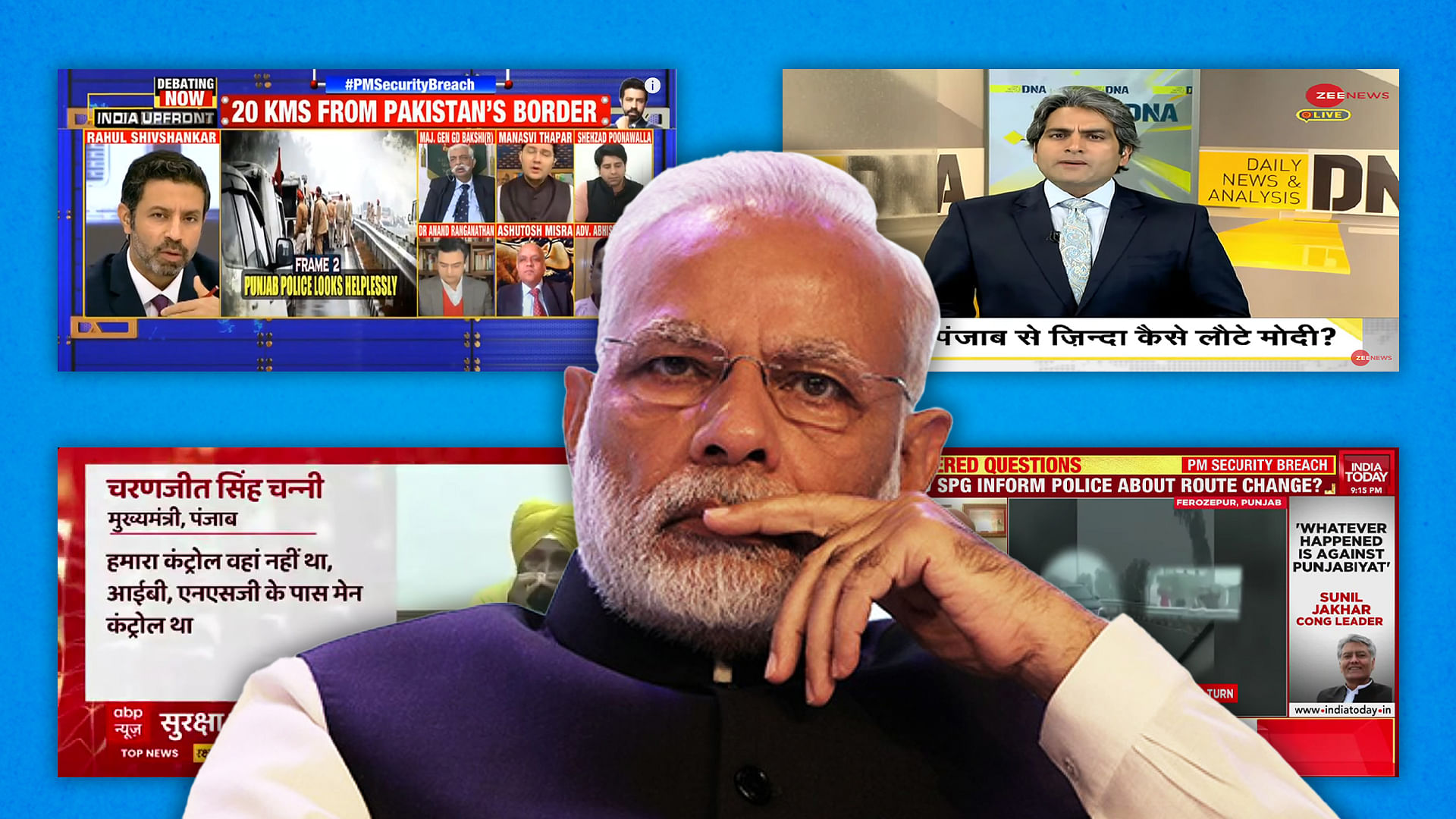