We saw it in the Nagaland killings and again in the ‘security breach’ in Punjab where these organisations reported without actually verifying what had happened.

Even as the rising numbers of people infected by Covid-19 is once again front-page news, we have before us another example of how easily mainstream media amplifies the official version of an event.

I am referring to reports about the “massive security breach” in Punjab on January 5. The story is still unraveling.

However, there are some aspects of the coverage in print media that are in some ways similar to the so-called ”botched” security operation in Oting in Nagaland's Mon district on December 4 that resulted in the death of 14 civilians.

The similarities are not the details. They lie in the ease with which mainstream media reproduces the official version of an event without so much as a question mark or quotation marks. It takes several days for other versions of the event to appear, if at all. By then, the majority of readers have already made up their minds about what happened based on the initial reports. (Tellingly, some newspapers did start using quotation marks around the phrase “security breach” two days later or adding the word “alleged”.)

In the case of the prime minister's cavalcade being stranded on a flyover on its way to the National Martyrs Memorial at Hussainiwala in Punjab, the similarities in the front-page stories on January 6 is startling. The outlier, as usual, is the Telegraph which states an opinion in its choice of headline – “Hubris waylaid, Modi goes back” – and then the lead story, “Beating a retreat with 'zinda laut paaya' parting shot'”.

While the Hindu modifies the “security breach” phrase in its front-page headline by attributing it to union home minister Amit Shah – “PM's car caught in Punjab stir; unacceptable breach, says Shah” – the Indian Express uses the phrase as a given, even without quote marks: “Security breach leaves PM stranded on flyover in Punjab; bid to harm him: BJP”. Similarly the Times of India leads with “In security breach, PM stuck on Punjab flyover for 20 min”.

The point here is not whether what happened qualifies as a security breach or not. That is being investigated. But when you have on record the chief minister of the state in which this has happened explaining what happened, and the protesting farmers who apparently led to the hold up giving a different version, is it not legitimate to question?

When you don't have reporters on the spot who could have verified what actually happened, do you automatically go by the official version, particularly at a time when politics in Punjab is so polarised as it heads for an election? Or do you make an effort to get other perspectives?

When it comes to the prime minister, or anything on our borders, the mainstream Indian media has a long tradition of initially going by the official version. Rarely is this even questioned, unless evidence to the contrary is so obvious that it is unavoidable. As happened in Oting, when one of the miners who survived the shooting by the army clearly stated that they were shot at without warning. Reporters who have tried to raise questions have had a tough time surviving in mainstream media.

Another curious aspect of the January 5 incident in Punjab is what the prime minister is supposed to have said to “some officials” as he returned to Delhi from Bathinda. This is what the ANI news agency quoted him as saying, “Apne CM ko thanks kehna, ki mein Bhatinda airport tak zinda laut paaya.” Say thanks to your CM, tell him I managed to get back alive to Bathinda airport.

The Indian Express used the quote in its front-page story while attributing it to ANI. Neither the Hindu nor Times of India used it. The reasons are fairly obvious. Who were these “officials” to whom the PM said this? Was it said on camera? Was the reporter present to take down the precise quote? There is a basic rule in journalism that if you use a direct quote, you attribute it to someone. And if that someone wishes to remain anonymous, you say so.

The importance of those words is becoming evident as it is flogged by BJP leaders in statements and press conferences. Additionally, we now have to watch the spectacle of BJP chief ministers, like Shivraj Chauhan of Madhya Pradesh, urging people to chant the Maha Mrityunjaya Jaap for the PM's long life. And, of course, TV channels have gone to town on this, with some reading into the incident a conspiracy to kill the PM.

It is also striking that while several English language papers either did not use this quote at all, or chose not to amplify it, the Hindi newspapers highlighted it and made it their main headline on their front pages.

There is little doubt that this will now be the main discourse around the January 5 incident, although there is no evidence so far that there was an actual threat to the life of the prime minister. But in election season, who cares about such details? The narrative is in place.

Before the Punjab drama, we had another major story breaking in the New Year, that of an app called “Bulli Bai” that sought to “auction” over 100 Muslim women, including leading journalists and activists.

Significantly, although most of mainstream television predictably ignored this shocking, misogynistic and Islamophobic attack on Muslim women, one that mirrored a similar incident in July last year called “Sulli Deals”, at least some in print media did take note. Stories were done in the Hindu, Telegraph, Indian Express and Times of India. The women targeted were quoted; their experiences of what this breach of their privacy meant in their lives was reported. And strong editorials were written urging that action be taken in Indian Express and the Hindu.

Although social media was abuzz with this news, and many of the independent digital media platforms as well as YouTube channels did focus on this (read here, here, here, and here), I would argue that mainstream print media recognising this as an issue that cannot be pushed under the carpet has helped put pressure on the police to track down the perpetrators.

It is possible that the Delhi police, which reports directly to the union home ministry, was shamed this time into acting not only because the Mumbai police moved with alacrity and tracked down three people connected to the app within a few days, but also because major print media outlets singled out its indifferent attitude.

Last year, when the Muslim women targeted by the “Sulli Deals” app approached the Delhi police, practically nothing was done. The Hindu was trenchantly critical of the Delhi police when it wrote in its editorial: “It is indeed baffling that the Delhi police, that is expected to play a critical role in securing the lives of all important functionaries of the country, threw their hands up when faced with the challenge of identifying some random imposters on social media. Such a level of incompetence or connivance is ominous.”

The significance of such an intervention is that the outrage does not remain a bubble on social media. This time, apart from these legacy media, several international news outlets have also reported on it. Together this has led to the kind of pressure that ought to have been exerted even last year, when the first despicable attempts to demean Muslim women were made. 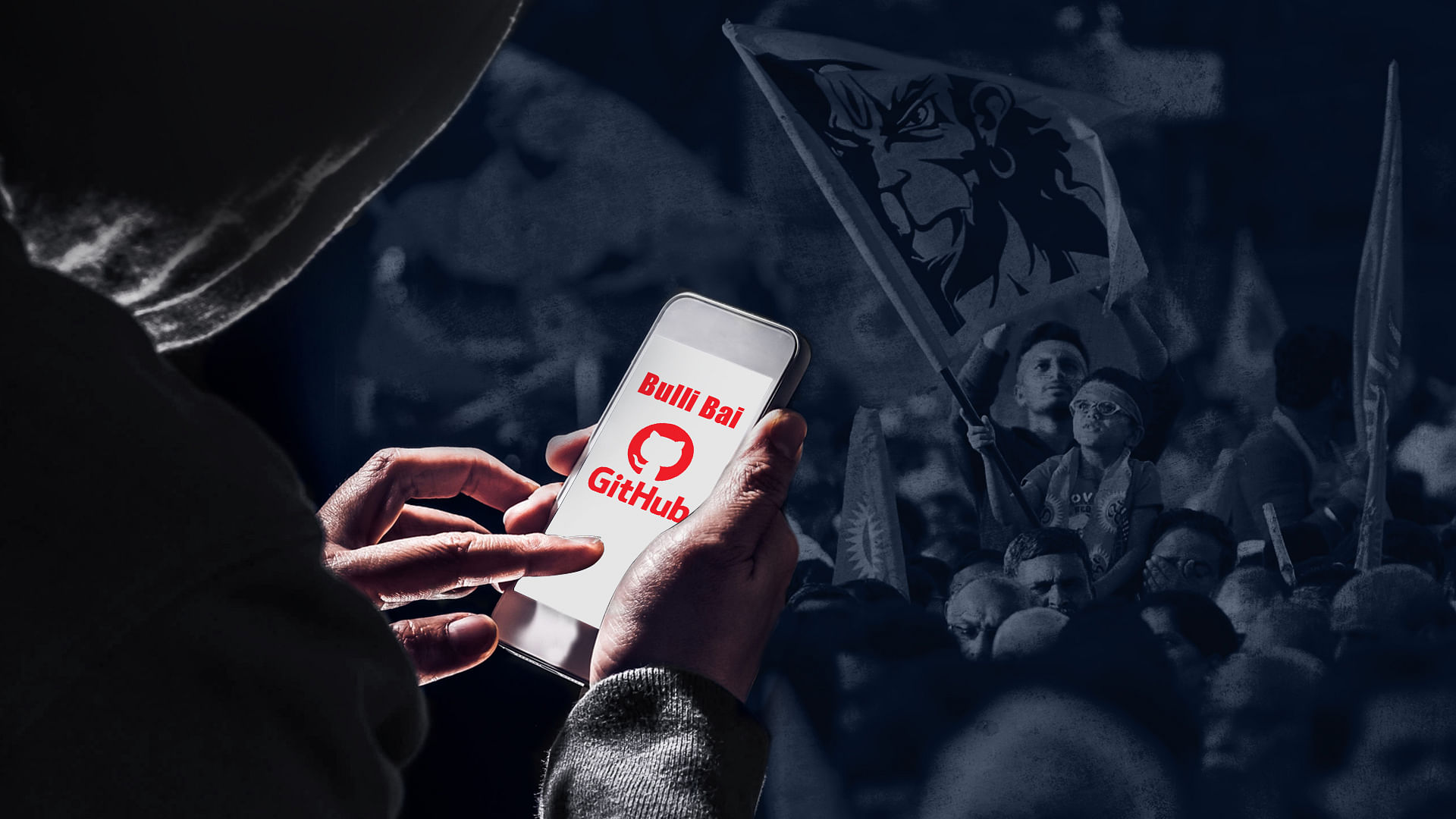