A group of 11 journalists formed an ‘interim body’ to replace the club’s last elected body.

The Kashmir Press Club was tense on Saturday morning. The previous day, word spread of a scheduled meeting at the club by a group of journalists who allegedly wanted to seize control of the valley’s only independent and elected journalist body in a “coup”.

The same day, police officials had arrived at the club to assess “if there would be a law and order situation tomorrow”, without specifying the reason for their concern.

So, anxieties were heightened around noon today, when a posse of armed paramilitary troops were deployed at the gates of the press club in Srinagar’s Polo View and across the largely deserted avenue. Police personnel patrolled on foot and in armoured vehicles.

When asked about the sudden need for deployment and patrolling, a police officer told reporters outside the club: “We will leave once the sahab comes and takes charge.”

By that point, a group of 11 journalists had begun to gather at the club. At 1.45 pm, the group’s head, journalist Saleem Pandit, arrived in an armoured cavalcade comprising a bulletproof Ambassador and a Scorpio along with his security detail.

The scheduled meeting began in the club’s conference hall. Within an hour the group, mostly editors of newspapers, had completed the takeover.

An announcement was then made, through the press club’s official WhatsApp group and email address, that “various journalist organisations across Kashmir valley unanimously decided to form an interim body of three members with M Saleem Pandit as president, Zulfikar Majid, bureau chief of Deccan Herald as General Secretary and Arshid Rasool Editor Daily Gadyal as Treasurer of the Club till elections are held in free and fair manner.”

One of the reasons given for the takeover and deposing the interim management was that “the previous committee delayed the elections for unknown reasons the Club was headless, thereafter for around six months, putting media fraternity to unwanted trouble”.

Shuja ul Haq, the president of the last elected body of the Kashmir Press Club, told Newslaundry that he had “no idea” about the takeover and that “no communication was sent to us”.

In fact, none of the members, save one executive member, of the last elected body of the press club were present as the group assumed control of the club. Many of the valley’s senior journalists were also conspicuously absent from the club.

Another member of the KPC body said, “If a group of people go there and tell the person who handles this [communications] that you have to do this, what will he do? It has been done by force.”

So far, no journalist association has supported Pandit’s claim to the club.

‘We felt that this club is in a mess’

Pandit told Newslaundry there was an impression that he was “being dictated what to do”, but it was wrong.

“I am the last person to take dictations,” he said. “Please don’t attach any motives to us. I have no ill motives or grudges against anybody. Please give me time and support, we will make it a beautiful and wonderful press club.”

But why was the press club taken over in this manner?

Pandit said, “We felt that this club is in a mess, so we took over.”

He reiterated that he was “not taking dictations from anybody”. “Allah is witness to it,” he said.

When asked about the armed deployment outside, Pandit said, “That is the administration’s job.”

But another member of his group told Newslaundry: “It was necessary. Otherwise, they would have killed us.” He did not specify who “they” were.

Pandit, however, repeatedly dodged the question of the legitimacy of the takeover and the claim of “unanimous” support.

He also insisted that the body assuming control of the club would be an interim body until elections are held but again had no answer as to when this would be.

The meeting lasted less than an hour, primarily to iron out a prepared statement on the takeover.

The meeting headed by Pandit.

Pandit and his associates inside the management office.

Who is Saleem Pandit?

Pandit is an assistant editor with the Times of India. He was instrumental in helping to set up the club – an organisation that journalists had been demanding since at least 2003 – and was also its first interim president.

He and his associates, however, lost the elections in 2019. During the meeting, his colleagues termed the previous elections as “not free and fair”.

Pandit is considered a maverick in Kashmir’s journalistic circles. He is well known for his confrontations with the government but also his aggressive views on the journalist community itself. In November 2019, his press club membership was cancelled for “bringing disrepute” to the club after he termed Kashmiri reporters as “jihadi journalists” in a news report.

In January last year, Pandit, along with Majid Hyderi and other members of his group, were also invited to a meeting with a delegation of foreign envoys touring Kashmir on invitation of the government of India to take stock of the post-abrogation environment in the region.

The delay in elections was cited as a reason for the takeover. But members of the press club said elections could not be held since the club, which is registered as a society, needed to be re-registered following the abrogation of Article 370 and the replacement of local laws with central laws.

As a result, they said, the club does not exist until the re-registration happens – so elections could not be held.

On Thursday, the KPC had announced that the re-registration process was completed by authorities after a six month period. The club simultaneously announced that elections for a new KPC body would be held on February 15.

A day later, however, the KPC issued a statement claiming its re-registration had been “kept in abeyance”, according to an order from Kashmir’s Registrar of Firms and Societies. The order cited a report by the senior superintendent of police, CID.

“The said order by the government authorities has been issued after the Club Management had set in motion the process of electing the new management body as well as the Executive Committee members,” the KPC said.

The statement added: “To present a timeline of the events, the public notice to the already registered societies of the region for re-registration was issued on in April, 2021 and the democratically elected management body of the KPC wasted no time in applying for the re-registration and by first week of May, 2021 had already filed the application for grant of registration under the Society Registration Act, 1860 before the Registrar of Firms and Societies, Kashmir, Srinagar.”

With this “new unfortunate development”, the club said, “the registration of the society has been put on hold which has advertently also stalled the election process for the new body that was set in motion.”

A member of the last elected body, speaking on the condition of anonymity, likened the takeover of the press club to the stalling of elections of the Jammu and Kashmir High Court Bar Association. “These were the only two independent bodies with a voice in Kashmir,” he said.

The JKHCBA had announced elections in November 2020. However, it was disallowed by the district administration, which asked it to clarify its stance on whether the association considered Kashmir “a dispute” or an integral part of India. Simultaneously, a new forum of lawyers cropped up in Kashmir, reportedly as a counter to the outspoken bar association.

“This was the only institution, besides the bar association, which was not in their control since the abrogation,” the now deposed office bearer said. “Once you have your own people, pro-government and embedded journalists at the helm of affairs, it will contain the Kashmir story and control the narrative.”

A joint statement by prominent press bodies of the valley like Journalist Federation of Kashmir, Kashmir Working Journalists Association, Kashmir Press Photographer Association, among others, said: "All journalist bodies are unanimous in view that this unfortunate move by a disgruntled lot has set a dangerous precedent by forcing their way into the club office in violation of the KPC constitution and bylaws."

Update: A previous version of the story said no member of the last elected body was present at the press club today. This has been corrected; Shafata Kira, an executive member, was at the meeting. 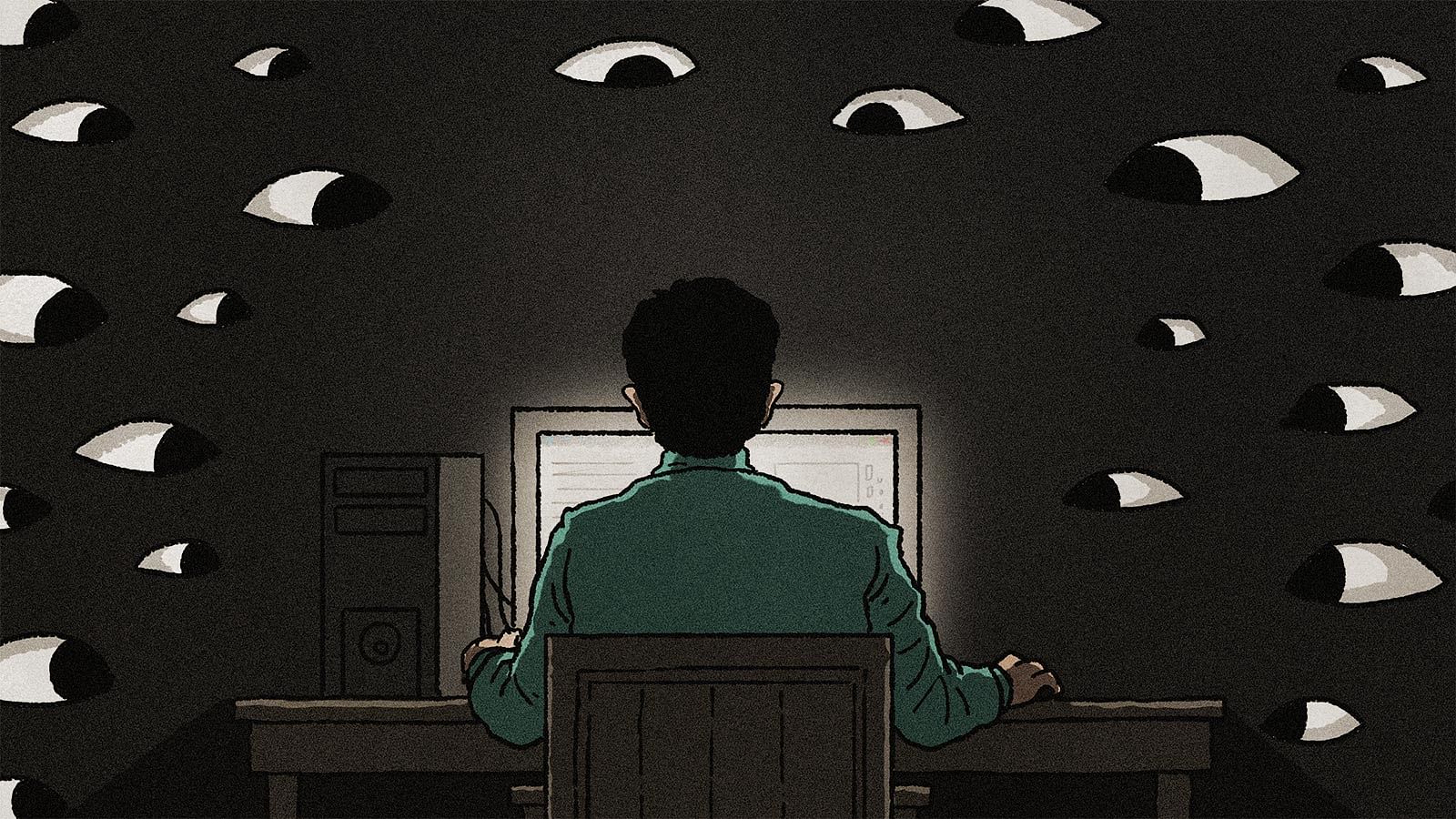