Nearly 20,000 Indians are studying across the eastern European nation.

While the Indian embassy has issued advisories amid the escalating tensions between Russia and Ukraine, several Indians studying in Ukrainian towns told Newslaundry that the advisories were “delayed”, “disappointing” and “vague”.

The first advisory was issued on Tuesday, asking Indians to leave Ukraine temporarily amid “uncertainties” and avoid non-essential travel to and within the eastern European country. Another advisory stated that the Indian embassy in Ukraine is in touch with the “concerned Ukrainian authorities for appropriate regularisation for the education process”.

Embassy of India in Kyiv continues to monitor the situation on a regular basis. Some FAQs for Indian citizens are placed below, and all citizens are advised to go through the same. @MEAIndia @DrSJaishankar @PIB_India @DDNewslive @DDNewsHindi @IndiainUkraine @IndianDiplomacy pic.twitter.com/mAJXu3f2Ux

There are approximately 20,000 Indian students in Ukraine – a majority of them in medical colleges.

Shaan Muhammad, 23, who is from UP’s Meerut and a student at Poltava State Medical University since 2018, read the first advisory at 7.30 am on Tuesday. “The situation had been escalating for the last 15 to 20 days, and the embassies of other countries had been reaching out to their students and taking their calls. We have been trying to call the embassy but the number remains busy. February 16 was the day that war would supposedly be declared, and our embassy suddenly woke up a day before that. How is 24 hours enough?”

Sir the flights being full,tommorow being said the day of attack I dont understand how are we supposed to leave in a night we have beeen calling you for the past one week And what about the forms we filled .

I'm a student at VN Karazin University. You're informing us so late that we can't even leave Ukraine. The cost of flights are above 70K, which we can't afford. Tomorrow is the day and today we're being informed.

The students additionally said that given the extremely high ticket prices, unpredictable flight status and the fact that they would not be able to fly without an RT-PCR test, 24 hours was not enough time to get out.

Mohammad Tabish, 21, Shaan’s classmate, said, “It is too difficult to come back to India now. The airports are too crowded and we can't even book the tickets. Very few tickets are available and there is no assurance that the flight will take off or not. It's really too late now.”

Meanwhile, PTI, quoting a senior official, reported on Thursday that the Ministry of Civil Aviation has lifted restrictions on the number of flights between India and Ukraine under the bilateral air bubble arrangement to facilitate travel of Indians.

Shaan said the advisory had caused more panic than relief, especially back home. “When the advisory was released, our families and relatives were extremely worried. Studies are important, but life is more important. If unfortunately something bad happens, then who will take responsibility for our lives? We don’t have any words to describe how disappointed we were with the advisory.”

What Mohammad Khurram, 21, was upset about was that the embassy had rendered students’ stay not essential in the country. “What does not essential mean? We have exams in two months. Neither the embassy nor the university has given us any assurance about the safety of our documents and uninterruption of our education in case something goes wrong.”

Khurram recalled the experience of a friend who was in his third year at Lugansk University in 2014 when the Crimean annexation took place. The university was on the border between Ukraine and Russia. “At that time, it was difficult for him to contact the embassy and eventually he lost all his documents in the university. After the war, the university released some documents and the embassy helped him get enrolled somewhere else, but he had to start again from the first year from Kharkiv Medical University. This was a waste of time and money.”

Tabish is worried that the same could happen to them. “Universities in Ukraine are not giving us any assurance about what they will do in the event of war. All they care about is the money. They had a meeting with foreign students on February 14, before the advisory was issued by the Indian embassy, and they said that we should clear all our debts and only then will they let go of our documents.”

What do the students expect?

Khurram said, “We need clear advice about whether we should leave Ukraine or not. The embassy needs to send a notice to the universities telling them that all Indian students need to leave the country and also that the exams would take place online. At the moment, the director has told us that classes will happen in the online mode, but we will have to return for the exams. How can I come back in two months?”

Another 23-year-old student from Rajasthan who wished to remain anonymous said that he was in his final year and he had no idea about what to do. “I am in the final year of my studies and there is no information about our final exam and our degree…our visas will also expire in July and we are not sure if the situation will get better or not. What will happen to our degree?”

Shaan said, “We have not any clarity from anywhere, not our university, not our embassy. I just feel totally lost.”

Ateequr Rahman, 22, who is from UP’s Lucknow and studying at Odessa Medical University, said, “We need a statement from the Ukrainian Education Minister that classes will be conducted online or even just a clarification that they won’t expel us…we also want to request the Indian Embassy to lower the fare prices.”

A Zoom conversation with students of the Odessa Medical University.

Firoz Ahmad, 22, from UP’s Siddharthnagar, said some flight fares were over Rs 2 lakh which was almost what they pay the university per semester.

The 10 students who spoke to Newslaundry said the situation seemed normal on the ground.

“We just came back from the university and went to the market, bought our stuff, and everything was happening as usual…However, the Indian media is showing visuals of broken windows and doors and fallen buildings, and our families are extremely worried. We showed them via video call that everything is normal here,” Khurram said.

Adnan Azar, 24, from UP’s Bijnor, said, “We have two-and-a-half years of the course left…Indian and Ukrainian authorities need to plan ahead to ensure that we can continue our education peacefully.”

Advityia Vyas, 22, from Rajasthan’s Kota, said, “All we want is transparency on the Indian embassy’s plan of action so that even we can prepare ourselves to leave if the conflict between Russia and Ukraine heightens further.”

On Wednesday, Indian embassy in Kyiv had said more flights are being planned in the near future to meet the additional demand. 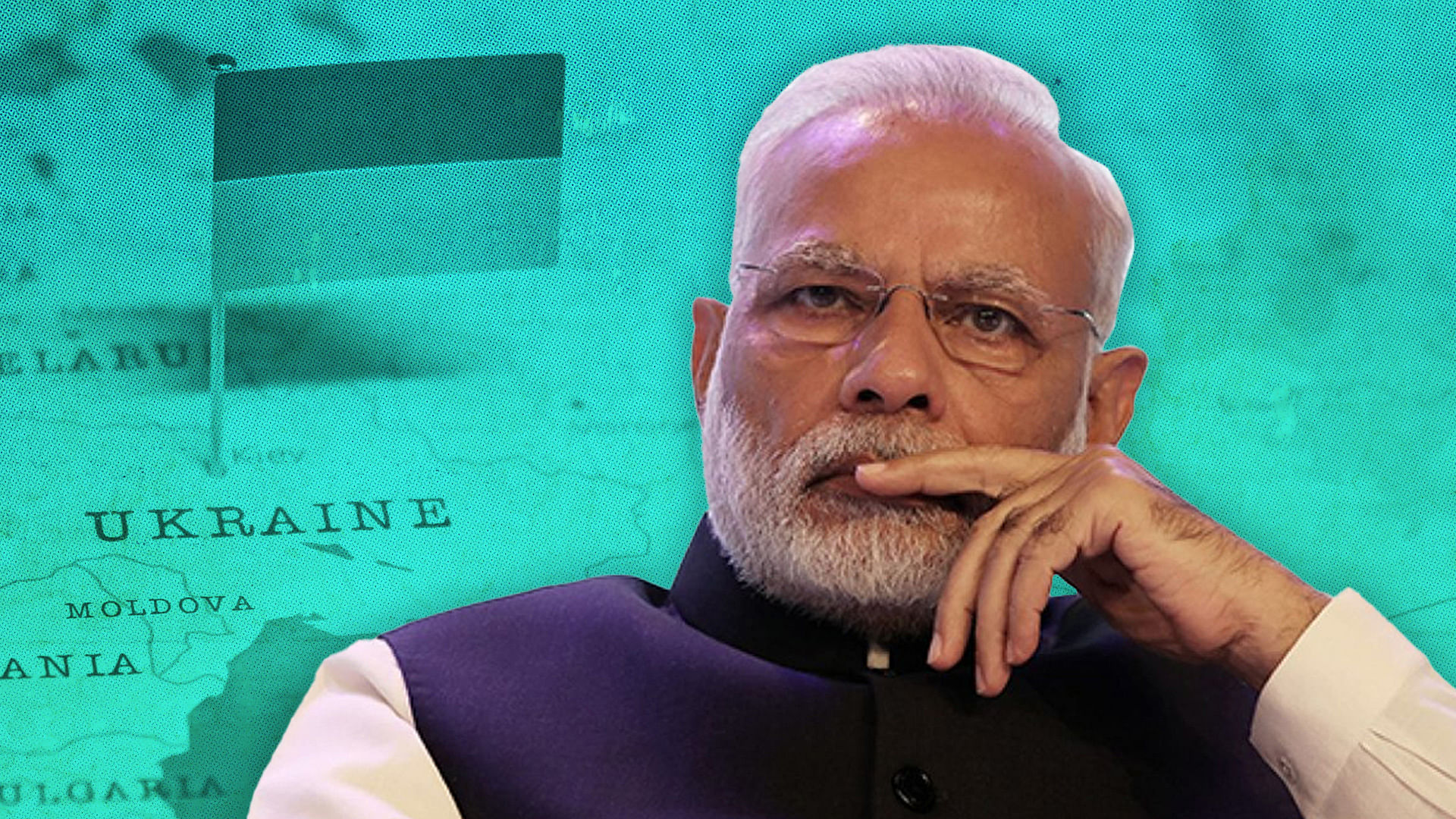