Misinterpreting the high court’s order, fanning the flames, the rare nuanced take – we saw it all.

The controversy over women students being permitted to wear a hijab in their classroom will not die down anytime soon. What began in one college in Karnataka's Udupi district is now spreading not just to other districts in the state but also to some other parts of the country.

This is still a developing story. It began on December 28, when six students of the Women's Government Pre-University College in Udupi were not allowed to enter their classroom wearing a hijab. Now, with the arguments being heard currently in the Karnataka High Court, the controversy poses several challenges to the media.

Will the media help tamp down emotions or add fuel to the fire that has already been lit? Will it, as seems inevitable in the highly polarised communal situation prevailing in Karnataka and elsewhere, ratchet up the blame game, creating false binaries such as Muslims vs Hindus, hijab vs saffron, etc? Or will it report with responsibility and context?

As with many such events, the initial news was barely reported, except in the area where it occurred – in this case Udupi. It gradually escalated and drew the attention of the national media once photographs of the girls sitting outside the classroom circulated on social media.

Soon, politics took over. The Campus Front of India, which is affiliated to the Social Democratic Party of India, spoke up on behalf of the Muslim students in Udupi. It was only a matter of time before other actors entered the fray, principally the Hindu Jagarana Vedike, which is a part of the Sangh Parivar and has been active on a number of incendiary communal issues in Udupi and nearby districts of Karnataka. This region has been in the news for years with such right-wing groups hounding Hindu-Muslim couples and raising the bogey of “love jihad”.

When such an issue flares up, independent digital news platforms are often the most reliable for more detailed background and information. The News Minute, which focuses on the south, has done some excellent reporting providing the necessary background and context. It has also investigated what led to the almost staged confrontation between the women students wearing hijabs, and groups of men, not all students, sporting flashy saffron turbans and scarves outside the gates of the MGM College in Udupi.

This report in the News Minute is particularly revelatory as it establishes that what was attempted to be portrayed as a spontaneous reaction by Hindu students to the demand of Muslim students for their rights was, in fact, stage-managed. The scarves and turbans were made available, and then collected once the media had given the demonstration coverage.

Newspapers based in Karnataka like the Deccan Herald also carried the kind of detailed and contextualised reports that helped explain why and how this issue escalated the way it has. This report, for instance, gives a useful graphic with a timeline of how the standoff developed and also how politics took over what was an issue that could have been settled at the college level.

Another report that brings out the many layers that need to be understood is this one in Newslaundry, based on what students told the reporters. The issues are certainly not black and white.

Also notable is how most media highlighted only one part of the Karnataka High Court's interim order of February 9, in response to several petitions filed by students on their right to wear the hijab, which stated:

“Pending consideration of all‬ these petitions, we restrain all the students regardless of‬ their religion or faith from wearing saffron shawls (Bhagwa),‬ and connected matters‬ scarfs, hijab, religious flags or the like within the classroom,‬ until further orders.‬”

But the next paragraph said this:

"We make it clear that this order is confined to such of the‬ institutions wherein the College Development Committees have‬ prescribed the student dress code/uniform.‬"

Between February 9, when the order was issued, and February 16, when the Karnataka chief minister clarified in the assembly that the high court's interim order only applied to pre-university colleges where a uniform was mandated and not to degree colleges, many colleges decided on the basis of the first part of the order to bar all students wearing the hijab from entering the premises.

Worse still, some institutions even insisted that Muslim teachers remove their abayas in full view of the media and the police at the gate of the institution. Any media house that had taken the trouble to read the original order would have read this last paragraph that makes it clear to whom the order applies.

We, in the media, must also think of the price these minor girls have paid for the intrusive media attention. There is one particularly upsetting video of a purported reporter chasing a young schoolgirl while the school authorities do nothing to stop him.

Some of the girls chose to speak to the media, such as Muskan Khan, a second-year BCom student from a college in Mandya, who was seen walking boldly towards her college after parking her scooter despite the gang of men wearing saffron scarves taunting her. But they too have had to pay a price. For instance, soon after Muskan spoke to the media, according to Alt News, several fake accounts were created in her name. This is the kind of harassment so many young Muslim women have faced on social media in recent times.

Apart from the inadequate reporting on this issue in mainstream media, there has been no shortage of opinion, either on television, on digital platforms or in print media.

In print media, many opinion pieces have appeared giving various views. From one columnist making the rather predictable connection between “jihadi” and the hijab, to more nuanced comment that suggested that this was also an issue of choice, what comes through clearly is that there is no clear “for” and “against”, no binary that the media loves to project.

Of the many articles, these two are worth a second look. Written by Muslim women, they present different points of view and illustrate the many layers that need to be understood.

Ghazala Wahab, journalist and author of Born a Muslim: Some truths about Islam in India, argues in this piece in Mint Lounge that “the issue is not about hijab any longer. What started as a small disciplinary issue in one college has grown into a political battle in which the colleges are mere fronts and young girls, pawns. Someone with foresight in the right-wing universe laid a trap to further push Muslims to the margins, and the Muslim organisations have walked right into it, not realising that they would end up harming the weakest among their own.”

On the other side, Shayma S, a researcher at Jawaharlal Nehru University, has a different take when she writes in Indian Express:

“The urge to rescue Muslim women, often from Muslim men, who are portrayed as oppressive and violently orthodox, is dominant in Hindutva discourse. But Muslim women who enter higher education and speak for themselves are a double threat; impossible to 'rescue' and difficult to silence. So, perhaps, it is not about the hijab, or about public order. Perhaps, it is the rising anxiety over Muslims and other minorities in the public sphere, who are fighting their way into educational institutions and jobs.”

Unfortunately, in an age of shortened attention spans, where for most people news and opinion have been reduced to a few words on social media, such articulation is read only by a very few, those actually searching for answers, for some kind of middle ground between the extremes. 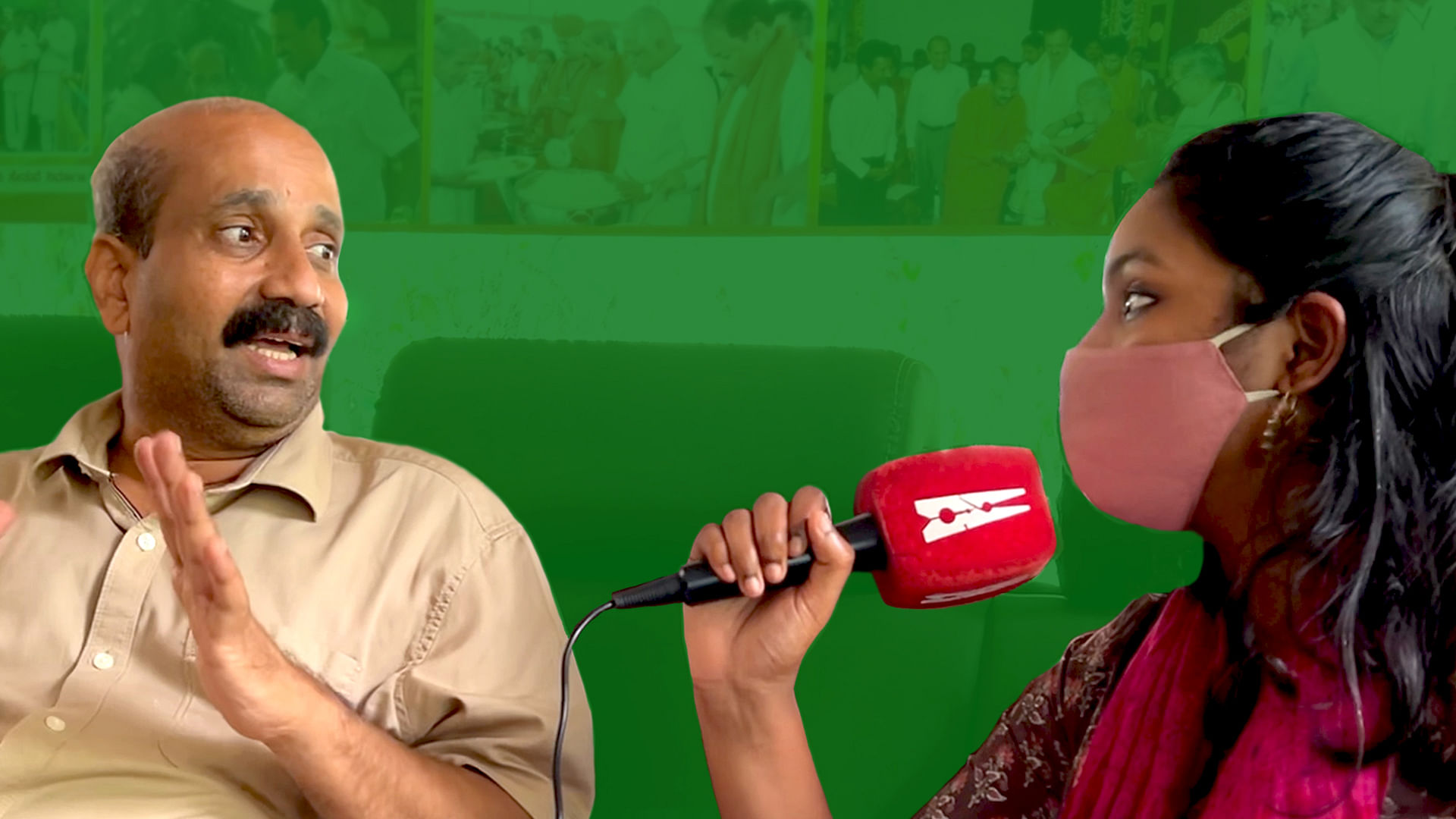