Ranas vs Congress: Inside the party’s most damaging infighting in Punjab

In Sultanpur Lodhi, an industrialist’s effort to control the state’s Doaba region has weakened the party and strengthened an opponent.

There is always a war within a war. The Congress party knows.

For more than a month now, Sultanpur Lodhi, an otherwise pious town in Punjab’s Kapurthala district, has been the site of a political sacrilege – a Congress heavyweight openly undermining the party to lift the fortunes of his son, undercutting the cadre morale and instigating a public exchange of taunts.

His son and scion is Rana Inder Pratap Singh, who is fighting – and winning – a damaging independent campaign against Navtej Singh Cheema, the Congress MLA from neighbouring Sultanpur Lodhi, with blessings from his father.

In turn, Cheema’s team is fuming. Their contempt is directed not only towards the Ranas but also the Congress high command.

“It is the hallmark of a nikammi high command that this matter has not been taken up,” a relative of Cheema told Newslaundry. “The attrition of good leaders from Congress is a result of Rahul and Sonia Gandhi’s ignorance.”

Rana Jr’s team, however, alleges that giving Cheema his fourth ticket from Sultanpur Lodhi was a mistake. They claim that the MLA, who won the seat in 2012 and 2017, has been tainted by corruption – the seat was all but lost if Rana Gurjeet had not pushed his son into the fray.

The driving belief seems to be that the son will win as an independent, join the Congress, and restore the balance of the universe.

The fight and the giant

An hour from Jalandhar, Sultanpur Lodhi is a town of sweeping roads and grand gurudwaras. Guru Nanak, the founder of the Sikh faith, spent several years of his youth here. While Nanak’s legend celebrates simplicity and austerity, the modern honchos of Sultanpur embody anything but.

Rana Inder Pratap’s campaign is a case in point. A huge poster of him outside his headquarters shows him sporting a khaki Nehru jacket and a pink turban. In smaller ones pasted on walls across the town, he beams in a chequered mustard jacket and a blue turban. The pink turban returns in hoardings pasted on double storeyed buildings, but this time in a suave white achkan with a jazzy pocket square.

Contrast this with Cheema’s machinery. At his party’s headquarters, a lone poster of him is tacked on a wall, which hides covert exchanges of liquor. The office is smaller and poorer. Cheema’s slogan – “Halake da vikas, halake da vishwas”, halake meaning constituency – pales in comparison to Rana Jr’s crisp and definitive “Jithe Rana uthe Jana” (go where Rana goes). Even the scion’s moustache is more handsome, twirled neatly with a touch of wax, compared to Cheema’s half-hearted handlebar.

Rana Jr’s campaign resembles a political war room right out of House of Cards. His office is large, well-lit and divided into chambers, with BMWs and a Mercedes parked outside. Led by his wife and other professional-looking managers, his team runs a lean, mean manoeuvre to oust Cheema, who was personally picked by Congress Punjab president Navjot Singh Sidhu.

Cheema’s most significant backer is also Sidhu, who is no admirer of Rana Sr. The relative, who is lending a hand to Cheema’s campaign, said they wrote letters to Sonia Gandhi to complain about Rana Sr contesting from Kapurthala but campaigning against the party in Sultanpur. “But the high command did nothing,” he said.

The theory in Cheema’s camp is that Rana Sr is too big to be disciplined by the Gandhis. “He is a major financier of the party here,” the relative said. “Not only is his money used by Punjab Congress, but crores are allocated to Haryana and UP Congress from his pockets.”

There is an element of truth in this. According to a recent report by the Association of Democratic Reforms, Rana Sr’s assets exceed Rs 125 crore, making him the fourth richest candidate this election. He has the highest liabilities in the state at Rs 71 crore. (Rana Inder Pratap’s assets and liabilities are Rs 69 crore and Rs 17 crore, respectively). A Hindustan Times report describes Rana Sr as a “sugar baron”; he has sugar mills across North India, in addition to paper mills and wine distilleries. An Indian Express report says he considers the larger Doaba region his “fiefdom”.

According to Cheema’s relative, the Ranas poached nine of the Congress’s 13 municipal councillors in Sultanpur to canvass support for Inder Pratap. Rana Jr’s manager denied this: he said they had poached all 13.

“But we have full support of Sidhu,” an aide of Cheema told us. “In a recent rally here, he taunted the Ranas. He said Baba Nanak had ended all Rajas and Ranas. Even Channi is on Rana’s side but thanks to Sidhu, we got the ticket."

Team Cheema also alleged that Inder Pratap’s troopers are trying to get votes through handouts and deceit. “We’ve learnt that they pay upto Rs 5,000 to voters in some villages,” the aide said. “Inder even went to a village and said that this time Congress had given him the ticket under the bat symbol – his own symbol as an independent candidate.”

On the second floor of Cheema’s modest headquarters, his relative rued the loss due to the campaign mounted against him by the Ranas. “By our calculation, we’re losing about 10,000 votes because of him,” he said. “To say nothing about how the party cadre has been demoralised. I don’t think Congress has a high command anymore.”

A poster with Rana Jr outside his campaign HQ in Sultanpur Lodhi.

A poster featuring Navtej Singh Cheema at his office.

Rana Gurjeet Singh moved to Punjab from Bajpur in Uttarakhand (then Uttar Pradesh) in the 1980s. According to Gurdeep Singh, the head of the Kapurthala district panchayat, it was Congressman and Uttarakhand chief minister Narayan Dutt Tiwari who persuaded the industrialist to join politics. Rana won his first election in 2002, becoming the MLA from Kapurthala constituency, a position he still holds two decades later.

Team Rana frames the infighting in the following way: Cheema had an unpopular run as Sultanpur Lodhi MLA since 2012. Anti-incumbency had taken root because corruption was rampant and the constituency’s governance was suffering.

“We had done an internal survey about Cheema’s popularity,” Gurdeep Singh told Newslaundry. “Around 63 percent of the voters we spoke to did not want him to return. Now that Inder Pratap is in the fray, Ranaji spends the day campaigning for him in Sultanpur, and the night for his own seat in Kapurthala.”

One of Rana Jr’s campaign managers denied that his team was bribing and misleading voters. “It’s rich coming from Cheema,” said the manager, who is also Rana Sr’s aide. “Under him, if two party members had a dispute, he’d charge them lakhs to solve it.”

Conveniently, to address Cheema’s shortcomings as MLA, Rana Sr found the solution in his son. Inder Pratap, who has never contested an election before, was thought to be a fit replacement. But Navjot Singh Sidhu was not having it.

“He [Sidhu] has put his weight behind their campaign,” said the manager. “It’s just another fissure he’s trying to create in the Congress. Ranaji does not like Sidhu at all. He thinks he blabbers too much.”

That might only be a minor reason. Rana is believed to have been close to former chief minister Captain Amarinder Singh, Sidhu’s arch nemesis. According to a source in the Punjab Congress election team, Rana Sr had opened his coffers when the captain's royal residence in Patiala needed maintenance and his bank balance fell short. In 2018, when Tribune’s investigative series on illegal sand mining named Rana, he resigned as power and irrigation minister from Amarinder Singh’s cabinet on “moral grounds”.

When Rana Sr was re-inducted into the Channi cabinet in 2021, Cheema, along with neighbouring Bholath MLA and Congress politician Sukhpal Khaira and four others, shot off letters to Sidhu opposing the move. They alleged that Rana and his companies were under the scanner for corruption.

Rana’s bid to control the Doaba region manifests in other ways: In Bholath, he has fielded his aide Amandeep Singh, or Gora Gill, from Captain’s Punjab Lok Congress against the Congress’s Khaira.

How the fissures help AAP

Voters in Sultanpur Lodhi don’t have good things to say about MLA Navtej Cheema. “The money meant for development never reaches the villages,” said Manjeet Mann, who runs a toy stall outside the city’s Ber Sahib Gurudwara. “Where I live, the drains are open and the roads are so bad that scooters get stuck in the ground. We approach the municipality but they do nothing.”

Mann added: “The contest here is between the Aam Aadmi Party and Rana Inder Pratap Singh. Cheema will get some votes too, but we feel like voting beyond the two old parties, Akali Dal and Congress.”

Mann said Sultanpur voters know that if Rana Jr wins the seat, he’ll join the Congress. “He came to a village and declared it openly: if he wins, he’ll put the seat in Congress’s kitty.”

But it is the AAP that ultimately benefits from the Congress party’s internal schisms in this constituency. “If they keep fighting among each other, what will they do for us?” asked shop owner Inderjeet Singh. “So, I’d like to give AAP a chance.”

In local resident Vinod Varma’s arithmetic, Cheema will end up third or fourth in the upcoming poll. “The real fight is between Rana's son and AAP,” he said. 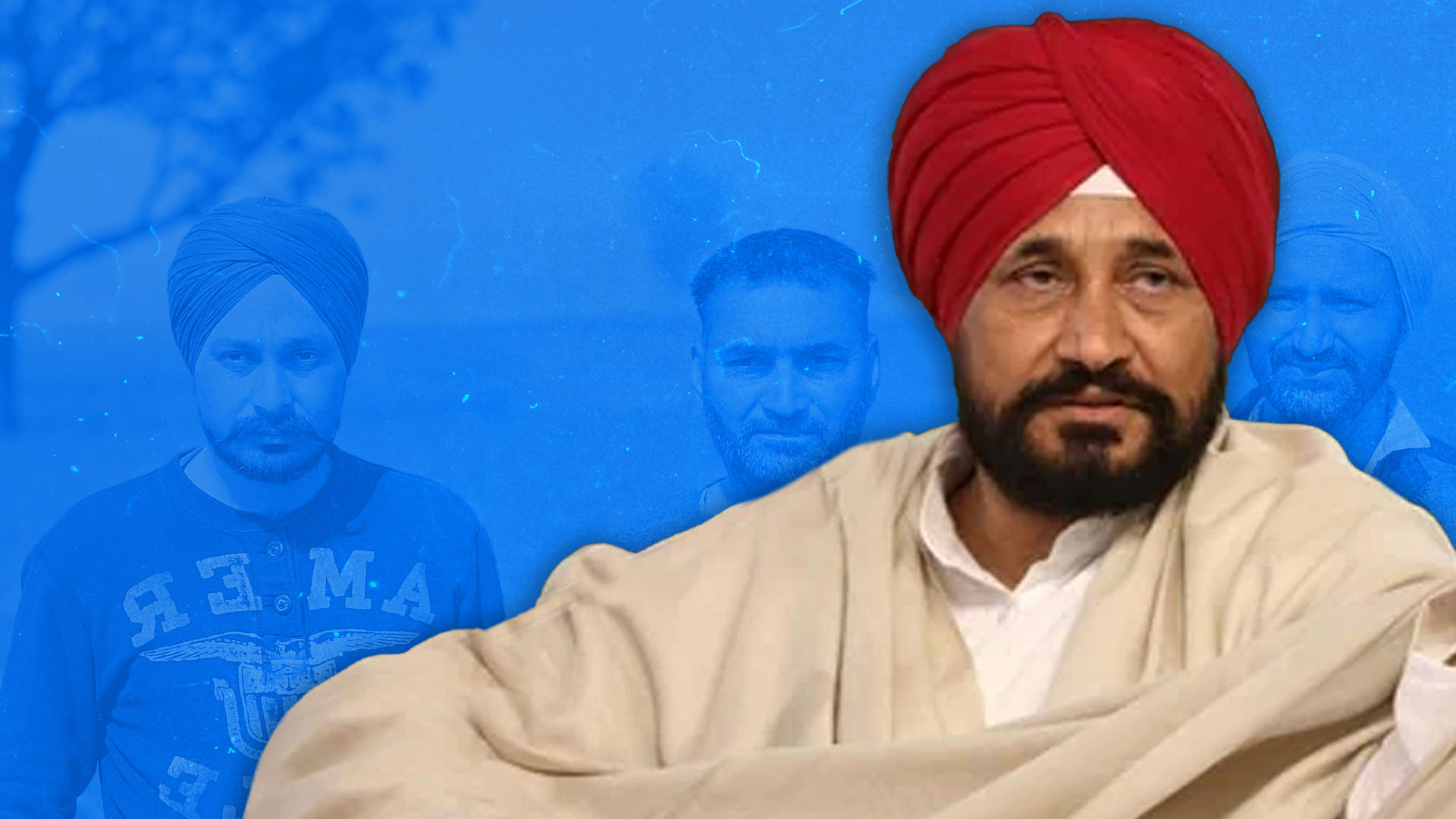