The context was Owaisi’s comments on the hijab row. Kashyap quickly moved on to discussing Punjab.

Days before Uttar Pradesh heads towards its third phase of polling, UP chief minister Adityanath gave an exclusive interview to Aaj Tak’s Anjana Om Kashyap on February 17 in Jhansi.

During the course of the interview, Kashyap brought up AIMIM president Asaduddin Owasi’s comments on the ongoing hijab row in Karnataka, and asked Adityanath whether the BJP had fielded Owaisi to make polarising statements.

Adityanath said that while speaking about women’s rights and giving them respect was good, they should also be given freedom. He went on to say that the “biggest obstacle” was India’s “kathmulla” attitude.

“We want daughters to go into various fields,” he said. “We have given them such opportunities as well, but the biggest obstacle on the way is the kathmulla attitude that people like Owaisi support.”

What is a “kathmulla attitude”, Kashyap asked, pointing out that students in Karnataka were unable to take their exams and were therefore the ones losing out. Adityanath said, “If you want to speak about these issues, why dont you raise your voices in Afghanistan? This is prima facie support of Talibanisation.”

Kashyap dropped the matter and began talking about the election in Punjab.

“Kathmulla” is slang used to refer to Muslims. BJP spokesperson Sambit Patra had been criticised for using it during a television debate in 2018. And Adityanath, who is also mahant of the Gorakhnath Math, is not merely a spokesperson, he’s a chief minister of a state.

Several people on Twitter called out Adityanath for his “humiliating” language.

The Chief Minister of the largest state in India openly referring to Muslims as âKathmullaâ on a national news channel. How much more humiliation of the Muslim community, the dogwhistle against minorities is enough for the courts of this country to intervene https://t.co/BhcbmkYI9L

I was in class 5 in Allahabad when a friend called me this after a fight on the cricket field. Good to see the commonly used abuse make it to the top in 30 years. UP's regression is complete https://t.co/m1yipjkpC0

CM of UP Casually Calling Muslims as 'KathMulla' on National Television. pic.twitter.com/4tOb0gBxoC

Complete silence by Noida channels on the horrible slur used by Adityanath for Muslims. The same channels & anchors were shrieking from rooftops about Channiâs bhaiya comment just a few days back. All CMs arenât equal. Some are more equal because they give more advertisements! 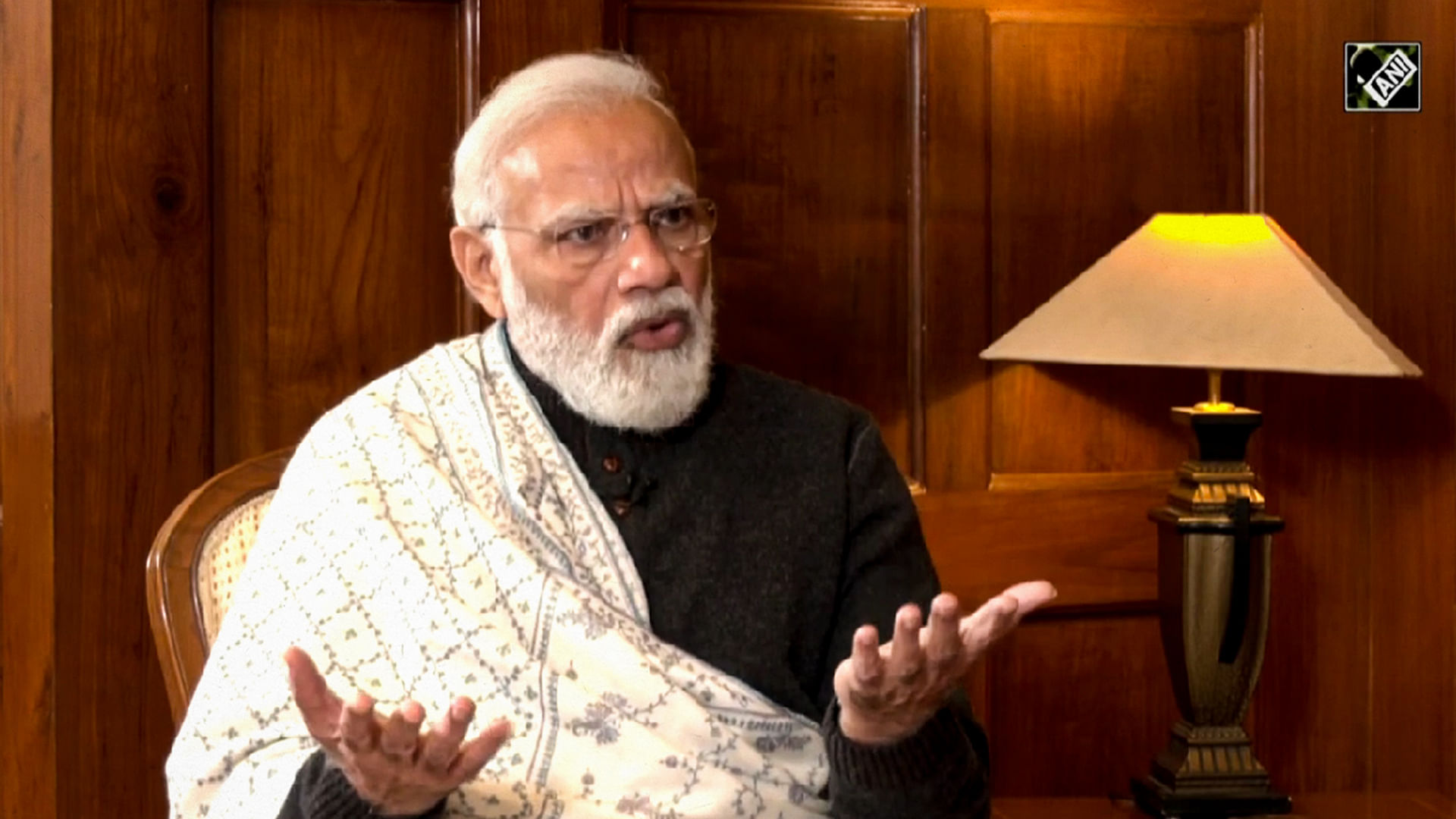 ANI ‘retracts’ Adityanath’s ‘chutiya’ video. And won't talk about it