A statement by the Arab and Middle Eastern Journalists Association called out western media houses for 'implicit and explicit bias'.

The biggest news of the past week has been Russia's military offensive against Ukraine. As news channels scrambled to provide round the clock coverage, several people pointed out "racism" in the way they presented their reports, especially compared with news reports of similar military offensives carried out in the Global South.

This was also flagged by the Arab and Middle Eastern Journalists Association, which cautioned media houses to be "mindful of implicit and explicit bias" in their coverage.

A Twitter thread by journalist Alan MacLeod detailed some of the instances.

On CBS News, foreign correspondent Charlie D'Agata was reporting from Kyiv. He said, “This is a relatively civilised, relatively European city where you wouldn’t expect that or hope that it is going to happen.” He also said this wasn't "Iraq or Afghanistan" – countries that are clearly synonymous with conflict. D'Agata later apologised in a broadcast.

On NBC, correspondent Kelly Cobiella was asked what has changed in Poland since the last refugee crisis in Europe in 2015, at which time Poland had been hesitant to take in refugees. She said, "Just to put it bluntly, these are not refugees from Syria, these are refugees from neighbouring Ukraine. That, quite frankly, is part of it. These are Christians, they’re white, they’re very similar people."

That, quite frankly, it is part of it.

These are Christians, they are white, they're ... um... 'very similar to the people that live in Poland'."pic.twitter.com/RPksA1gHVh

"What's compelling is looking at them, the way they are dressed. These are prosperous, middle-class people. These are not obviously refugees trying to get away from the Middle East...or North Africa. They look like any European family that you'd live next door to." pic.twitter.com/LnopOTaDrA

The Telegraph in the UK, in a column by Daniel Hannan, described the invasion this way: “They seem so like us. That’s what makes it so shocking. Ukraine is a European country. Its people watch Netflix and have Instagram accounts, vote in free elections and read uncensored newspapers. War is no longer something visited upon impoverished and remote populations. It can happen to anyone.”

In its statement, the Arab and Middle Eastern Journalists Association condemned "orientalist and racist implications that any population or country is 'uncivilised' or bears economic factors that make it worthy of conflict".

"This type of commentary reflects the pervasive mentality in Western journalism of normalising tragedy in parts of the world such as the Middle East, Africa, South Asia, and Latin America," the statement said. "It dehumanises and renders their experience with war as somehow normal and expected." 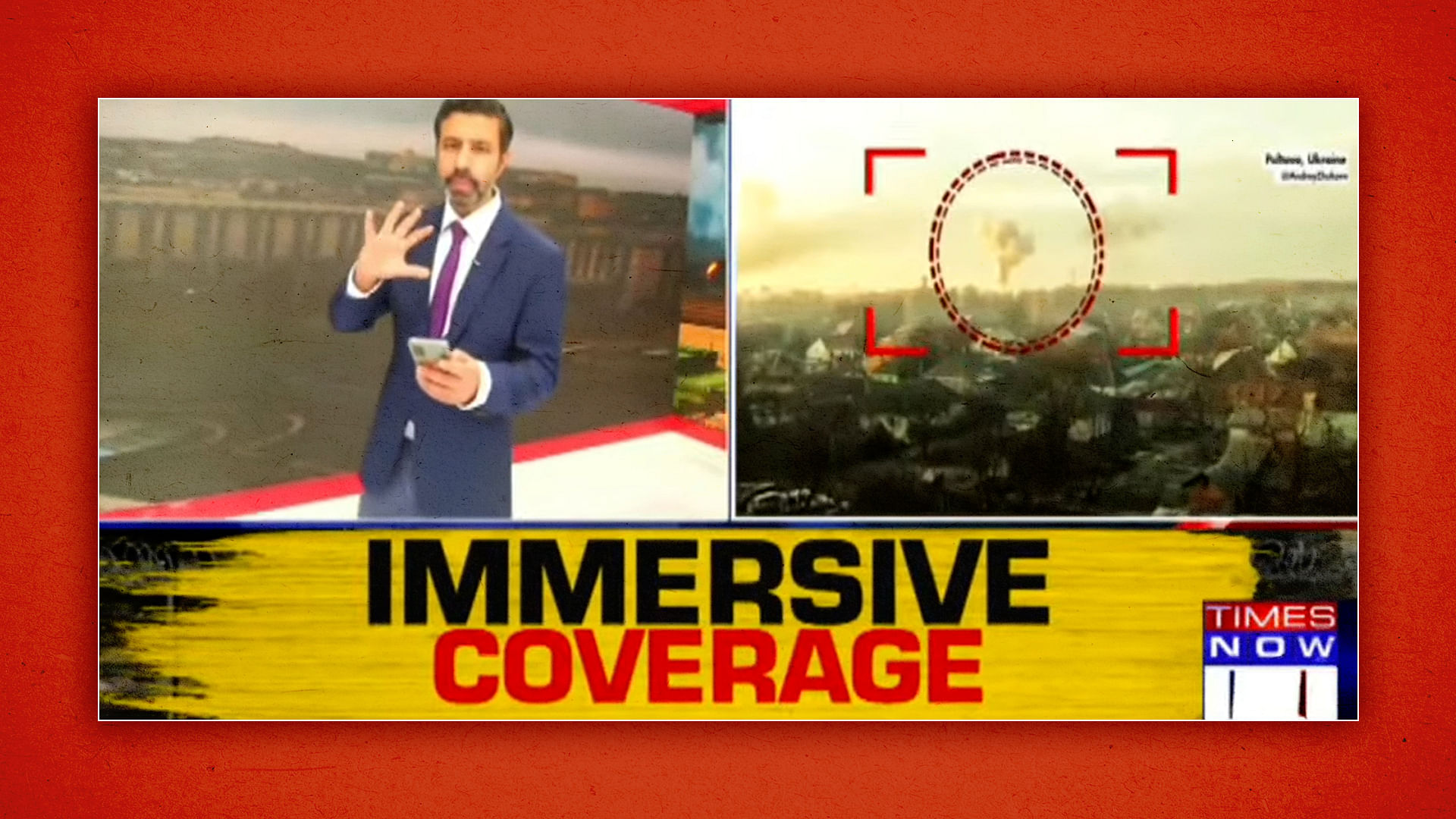