The coat of arms of Ukraine is a trident…I have always believed that Ukrainians are Shaivites in spirit.’

None of us imagined that Vladimir Putin would start a war. This was unthinkable even after he took Crimea and the two Ukrainian regions of Donetsk and Luhansk. The worst we assumed was that he would again arrange a provocation at the border. But he suddenly began to bomb the center of Europe with planes.

On the night of February 24, when everything started, I slept in my apartment with my one-year-old child and my husband. I usually plug my ears at night, so I slept through the first two hours of the bombardment. I woke up at 6 am from a call from a relative.

“Grab the baby and documents and run to me on the first floor,” the relative said. “You have a high floor. It’s very dangerous there now.”

I did not understand. Where to run and why? The baby was asleep. He had not eaten yet. “Don't you hear anything? It has started!” the relative shouted. What, I asked. “War. We are being bombed!”

Sleep began to slip away as the sounds of explosions appeared in the background. They went off all this time, but the mind had refused to hear them. I turned off the phone and realised that I did not have any bags packed; I did not know in which drawers the documents were.

But what does one carry in such situations? It’s winter outside. The temperature is below zero. If the house collapses, we won’t be able to return and pick up warm clothes. I remembered footage from programmes about disasters, in which residents left the house thinking they would come back but didn’t. I realised that we, too, might not return.

My friends and I used to ask each other on social media: what would you take from home if you had to run away from a fire? I know the answer now. I took money, documents, some clothes, rudraksha and a trishul, which once travelled the length and breadth of India with me. And I realised how important it is now.

Mahashivaratri was a couple of days away and the coat of arms of Ukraine is a trident. Who could even think of attacking the country on the eve of Mahashivaratri? I have always believed that Ukrainians are Shaivites in spirit, even if they do not know about it.

Ukrainians are fundamentally different from Russians and Belarusians. Our highest value is freedom and we will defend it at any cost. Our capital Kyiv is ancient; it lived and flourished many years before Moscow, and is holy, like my beloved Varanasi and Ayodhya.

The bombings do not stop. On the first two days, from 3 am to 8 am, the house shook and the windows trembled – at intervals of 5 to 10 minutes. The child was tired and slept when he no longer had the strength to be afraid. I realise how much I love him. Friends have offered to take him to the West before it's too late. They say if Putin cannot capture Kyiv, he will destroy it with us. But I cannot leave Kyiv at the moment of his pain. I'll stay.

On March 1, the Russians bombed Babi Yar, a memorial for the victims of fascism. There is a nearby military cemetery where defenders of the Great Patriotic War (the Second World War) lie, including both my grandfathers. I hope they do not see how the Russians are bombing Kyiv.

We don’t care who speaks how. This is absurd. Imagine if the United Kingdom decided to save English-speaking Indians from the Indian government under the pretence that they are her citizens, since they speak English. We all laughed at this Russian propaganda. But who knew that they seriously believed this? Maybe Putin is crazy?

This war is riddled with lies and fabricated news. There are a lot of innocent people under siege without food, water and heat amid subzero temperatures. The Russian forces kill us and call us brotherly.

A few days after the invasion, I understood the hopelessness of Russian propaganda after a conversation with a neighbour, who has a childhood friend in Russia. They often call each other. Whenever she tries to tell her friend the truth about this war, the friend replies, “This cannot be, our soldiers do not kill civilians. You are shooting at yourself.”

Even if I slide the body of my son killed by Russian soldiers under her door, she will say that it was I who killed him.

Phone calls from relatives and friends are the worst; they are worse than bombs in the night.

“I can’t get through to my dad, he went to your house and disappeared. Now I’ve received a notification that there was a heavy bombardment near your house.”

“Hello, Alisa, I'm sorry if I woke you up. Our area was bombed. Our house is no more, my children and I sat in the basement for two nights without food and we managed to get out. We just got into our car and we’re leaving. There is a place in the car for you and your child.”

“Yurin's car was destroyed. He survived but his wife and child died. It happened on the highway near Bucha. They just wanted to take the kid to Lviv.”

Every night, I close my eyes and ask for only one thing – not another night call.

I hope I will be alive and be able to read this if it is published.

As told to Ayush Tiwari

Alisa Tandava is a native Ukrainian from Kyiv. A photographer and an artist, she divides her time between Ukraine and India. 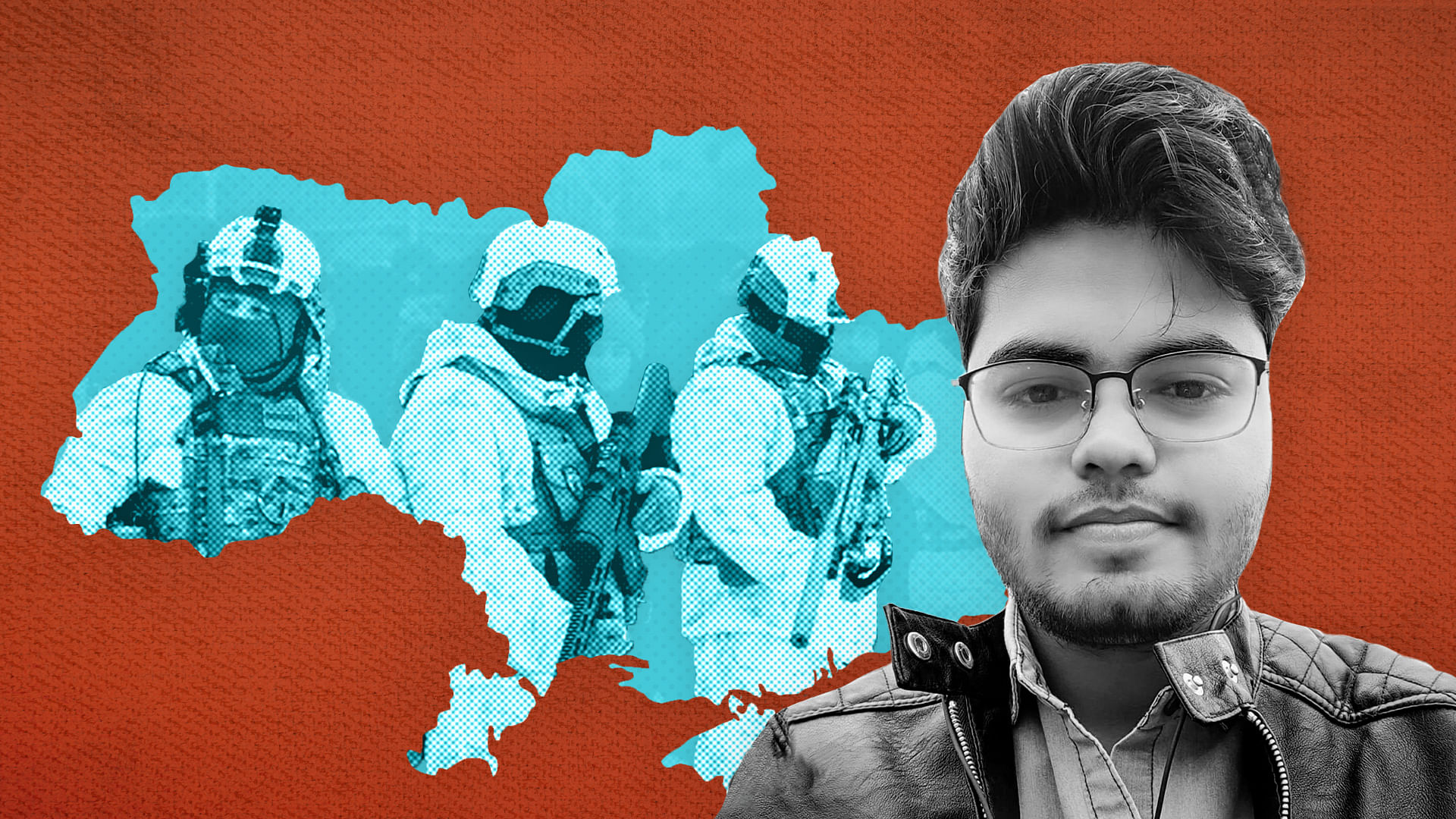 ‘Ran through the forest as explosions roared…kept kitchen knives’: Indians in Ukraine bunkers