It is part of a larger story of how Indian media covers South Asia.

It has taken a while but the Indian media, or at least some of it, has finally woken up to the immense financial and human crisis facing our southern neighbour Sri Lanka.

We have read more about the Russian invasion of Ukraine in our newspapers. Indian Express even managed to send a correspondent there whose stories have been front page.

As for our television news channels, their coverage of Ukraine, sitting in their studios, has been so remarkable that it has caught the attention of some international media. This story in Washington Post points out that while there have been some questions in print media on India’s stand on the war, “on mainstream talk shows and in the pages of magazines popular with Modi’s right-wing base – a far larger audience – it has mostly been fire and fury directed toward the United States, portrayed as the culprit and instigator of yet another international conflagration".

Unfortunately, the Sri Lanka story does not lend itself to such “fire and fury”. Hence it is virtually forgotten.

Our southern neighbour has been in a state of economic emergency since last September. Today, there are extended power cuts, there is no fuel, people cannot buy food even if they have money, newspapers have had to stop printing because there is no paper, and school examinations have been cancelled because the question papers cannot be printed. All this in a country that had the best social development indicators in the region.

If you search for stories on Sri Lanka in the Indian media, you will notice a sudden spurt in the last week or so. Coincidentally, India's External Affairs Minister S Jaishankar has been on a visit to Sri Lanka, and geopolitics always trumps all other media coverage in our region.

A few days before Jaishankar's visit, distressing stories popped up in a couple of newspapers, principally The Hindu which has continued to have a correspondent stationed there, and also in Indian Express, of Sri Lankans crossing the narrow strip of water dividing the two countries and landing up in Tamil Nadu. Even if they had money, they could not find food for their children, as reported in this story. Many took the risk of being caught by the Indian coast guard. These stories give you a sense of the desperation that is growing amongst ordinary people in Sri Lanka.

Senior Sri Lankan journalist Nalaka Gunawardene, who lives in Colombo, describes to me what is happening in his country.

“Sri Lanka is in the midst of probably the worst economic crisis after independence, which is now creating a humanitarian crisis as hunger and poverty rise due to lost livelihoods and collapsing small enterprises. People are literally collapsing and dying in long fuel lines, and many public hospitals have run out of medicine and are accepting only emergency cases.

“Looking at Sri Lanka’s deteriorating economy from afar, it can look like a debt problem leading to a balance of payment problem. The COVID-19 pandemic has aggravated the situation, but the real roots of this crisis lie in malgovernance and economic mismanagement over the years by successive governments.”

I asked him about media coverage of the crisis, including by the Indian media. Gunawardene points out that “global wire services have been generating impressionistic coverage from Sri Lanka in recent weeks”. An example is the often used short-cut, blaming the “Chinese debt-trap” for the country’s current problems. He points out that this is “simply not supported by data: international sovereign bonds issued since 2007 make up over a third of Sri Lanka’s foreign debt, and borrowings from multilateral agencies are larger than from any bilateral source”. Reducing the explanation to either blaming one country, or the pandemic, paints a very partial picture.

Additionally, Gunawardene says, “I so wish the Indian journalists and broadcasters who visit Sri Lanka for short periods of time on crisis coverage would expand their circle of sources beyond the usual suspects in official and cocktail circuits. We are tired of seeing the same few (well-connected) academics and activists giving the same or similar soundbites for years. Sri Lanka now has a new breed of smart and articulate younger economists, political scientists, international relations analysts and others, who offer refreshing new analyses of entrenched problems. Why not seek out and capture their views, too?”

Indeed, why not? Because when journalists are sent for a short period, without fully understanding the context, they stick to the known sources, rather than dig deeper. The excuse is always time, and the space allotted to such stories.

For those interested in deeper analysis of the Sri Lankan crisis, there are several good articles and interviews available. I found this long interview with the Jaffna-based political economist Ahilan Khadirgmar in Himal South Asia particularly perceptive. He emphasises that the current crisis can be traced back to 2009 and the end of the civil war.

The noticeable neglect in Indian media coverage of the crisis is part of a larger story of how we cover South Asia.

In the 1990s and until about a decade back, several news organisations had correspondents based in different countries of South Asia. The Hindu had reporters in Sri Lanka and Pakistan and a senior Bangladeshi journalist reporting exclusively from that country. Indian Express still has a correspondent in Nepal but none in the other countries.

The reciprocal arrangement between India and Pakistan, whereby both could appoint two correspondents, one from a newspaper and one from a wire service, ended in 2014 when the Pakistani government asked the correspondents of The Hindu and PTI to leave.

Since then, most newspapers use western wire services for news from the region, including Pakistan, as is evident from the coverage of the current political crisis unfolding in that country.

Admittedly, the withdrawal of foreign correspondents, including those reporting from countries in South Asia, has coincided with the decline in the profitability of print media. One of the first cutbacks was, inevitably, the number of journalists posted abroad.

Yet, while western news organisations and syndicated services do provide well-written reports on these countries, often written by local journalists, there is a difference. And that is the filter used when reporting. When your principal audience for stories is in the west, you are bound to pick stories that will interest that part of the world. Hence, natural disasters, wars, terror, and political turmoil get reported.

Also, it is not just the choice of stories, but how they are reported. Hence, the crisis in Sri Lanka is reduced to the “Chinese debt-trap” rather than explaining that it is a consequence of decades of misgovernance and poor economic choices.

Apart from crises that cannot be ignored, there is so much more to report from this region, which shares not just geography, history and culture but common challenges, such as climate change, or tackling disease and poverty. You can run Indian media coverage through a sieve and you will not find any reporting of this kind from any of the countries in South Asia.

Given the current state of the media in India, perhaps there is no immediate option as few media organisations would be able to post permanent correspondents. This is a pity as not only are we deprived of perspective that comes from journalists who have spent time in a region to understand nuances and context, but also we learn only about a few select subjects, and little to nothing about concerns of the citizens of this region.

To conclude, here is a suggestion from Gunawardene that we, in the Indian media, ought to consider:

“To be sure, there is a strong geopolitical dimension to Sri Lanka’s current crisis and, indeed, in its trajectory of post-war development. Different governments in Colombo have tried different approaches to balancing relations with India and China. These factors no doubt form the backdrop of Indian media’s coverage of Sri Lanka in crisis. But this island is much more than an arena for geopolitical posturing. There are crises within crises that manifest in various ways. The former conflict areas of Sri Lanka’s north and east still bear a disproportionately high share of poverty and other socio-economic issues. How much more authentic would the Indian media’s coverage of Sri Lanka be if it considered not just the Colombo-Delhi politico-diplomatic nexus, but also the distinctive perspectives from Jaffna, Batticaloa or Nuwara Eliya?” 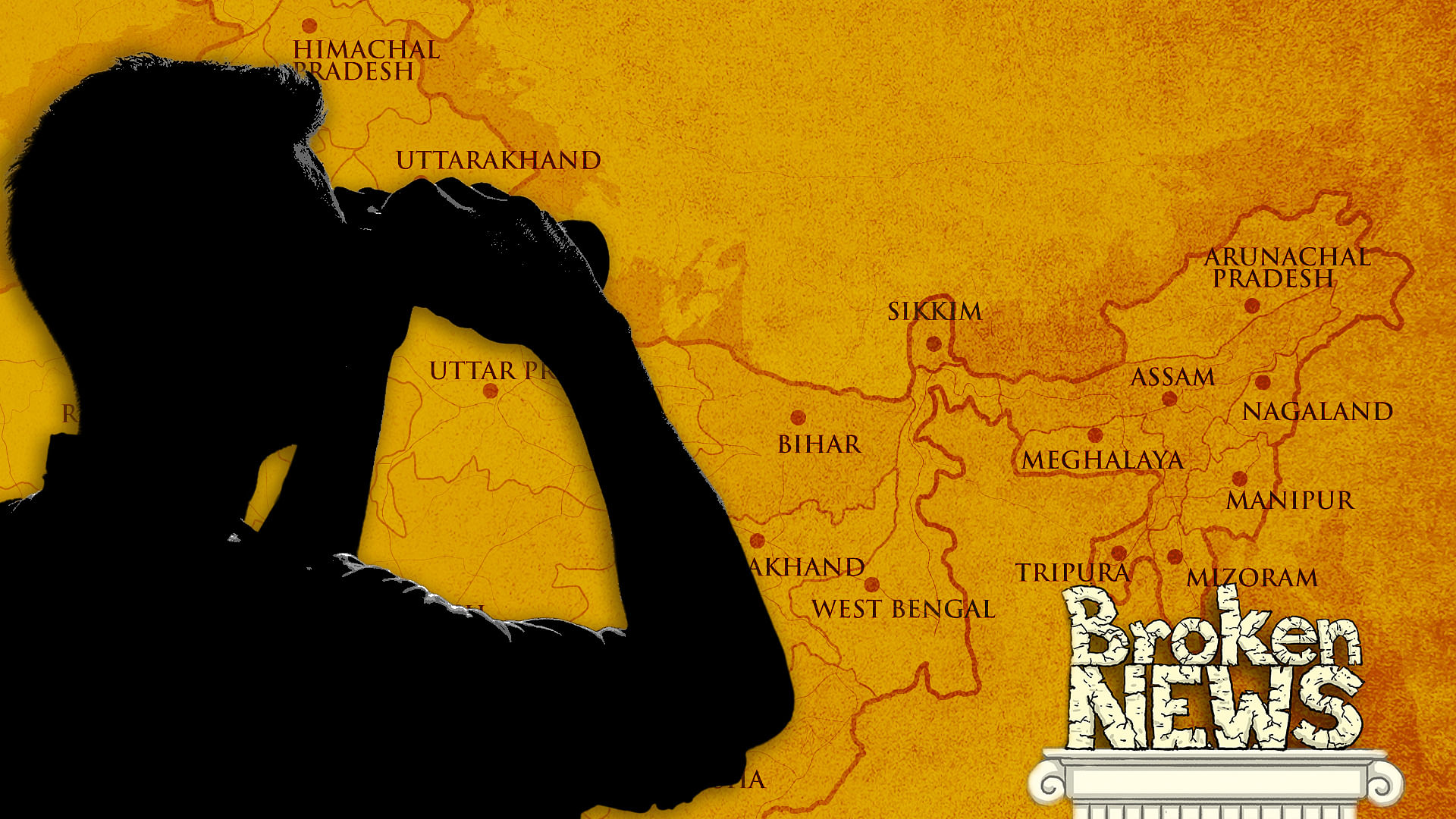